Victorian style: the perfect interior for connoisseurs of noble luxury

Queen Victoria was a symbol of Britain’s prosperity. Not surprisingly, a design style is named after her. Victorian fashion prevailed in the nineteenth century, but it also found a worthy place in the new Millennium.

The style outlived its Queen, carefully preserving its loyalty to the ideals of her era. 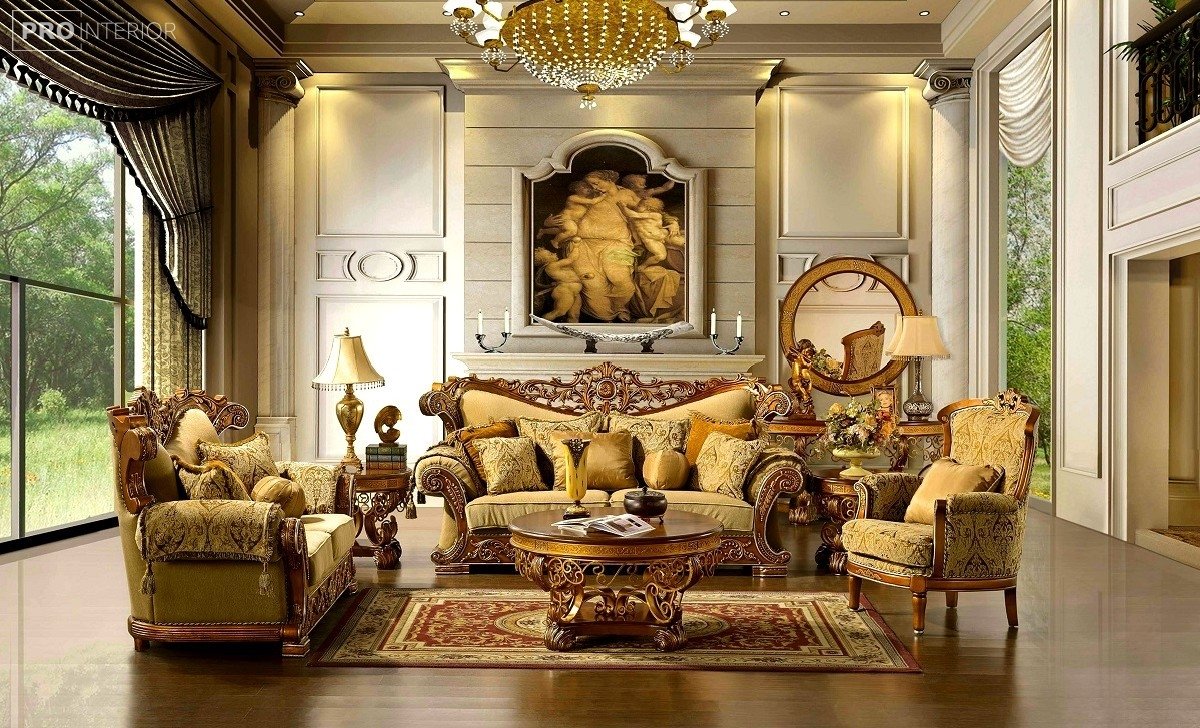 History is made by individuals
What was Victoria to the English? A role model, an icon of style. She restored the authority of the monarchy and the cult of the family, which had been shaken by the profligacy, discrediting relationships, and alcoholism of her predecessors. Queen Victoria headed the state at the age of 18, married a loved one, equal to her in origin, became the mother of 9 children and at 42 remained a widow. The Queen often had to make unpopular decisions in order to maintain her power and ensure the country’s prosperity. 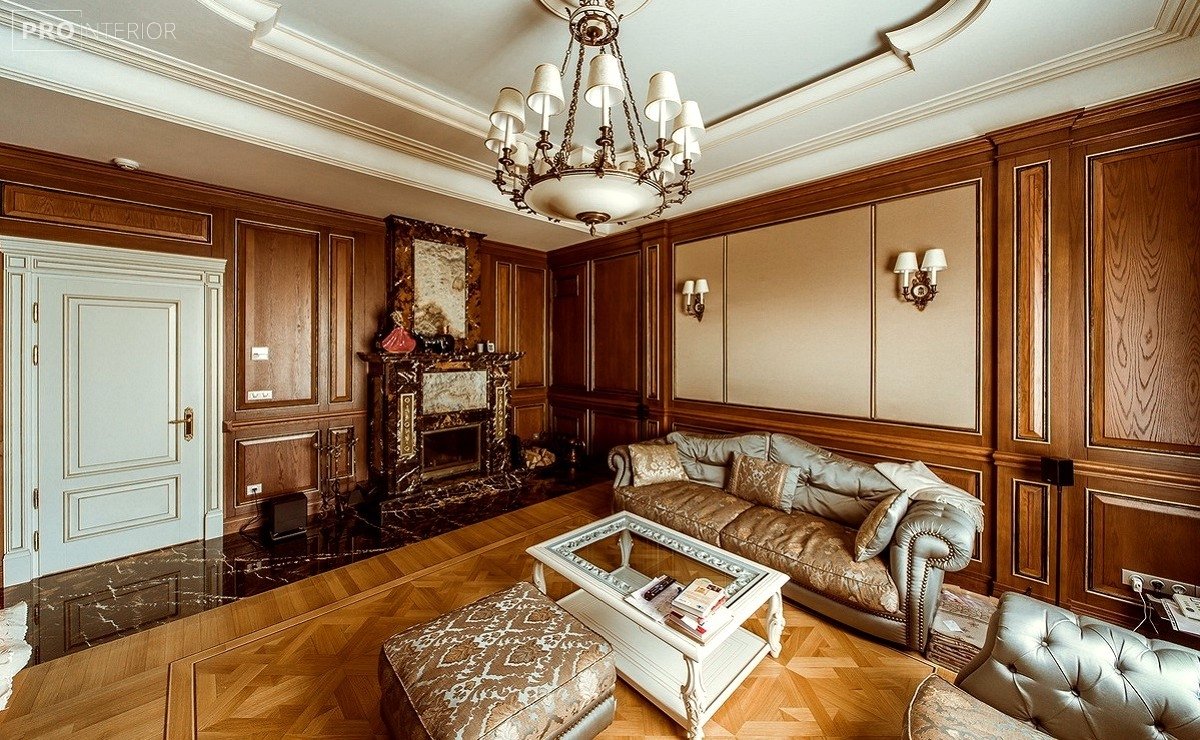 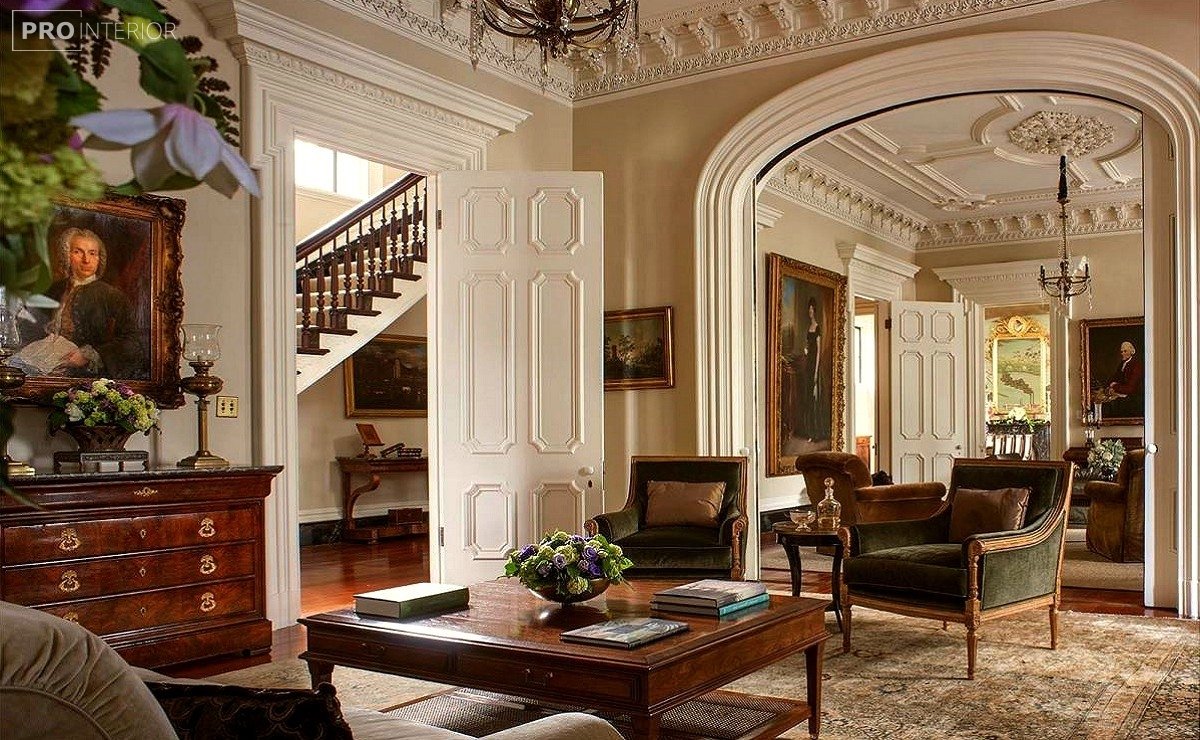 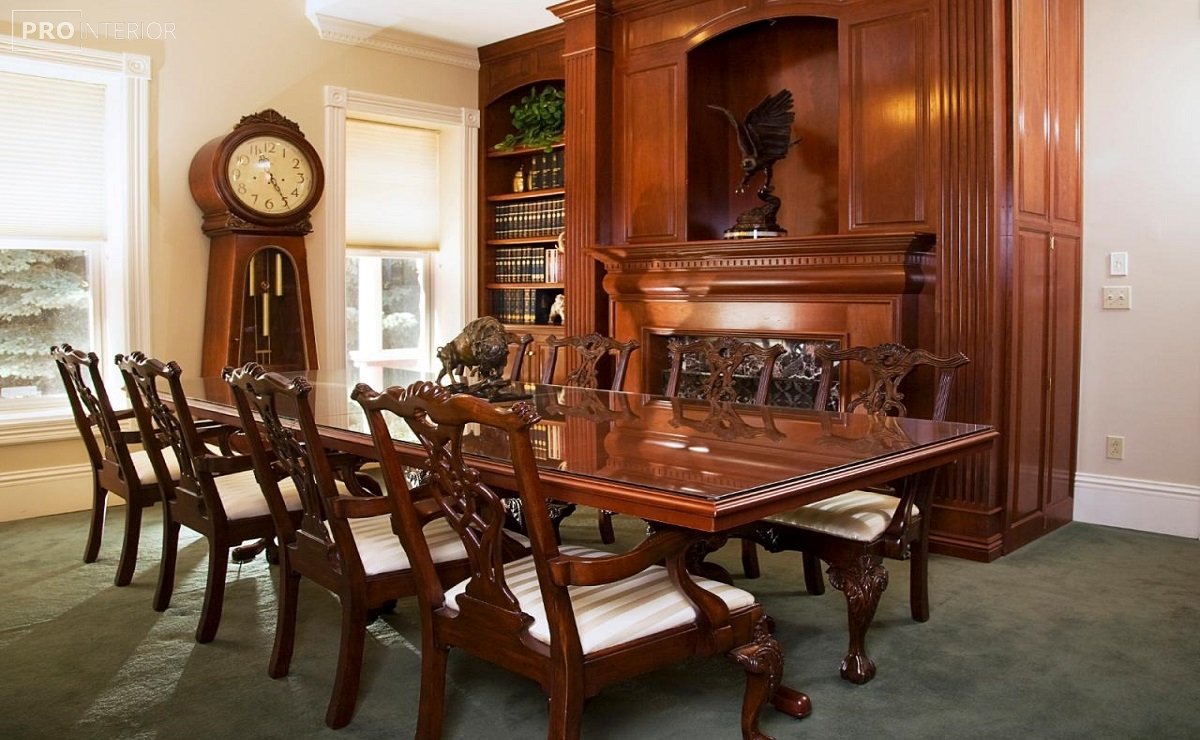 Victorian morality can endlessly be called hypocrisy, but its values, which Victoria introduced into society, have borne fruit. The state has strengthened the institution of the family. Duty, hard work, the ability to spend money wisely, the love of home comfort were no longer subjected to ridicule and were held in high esteem. 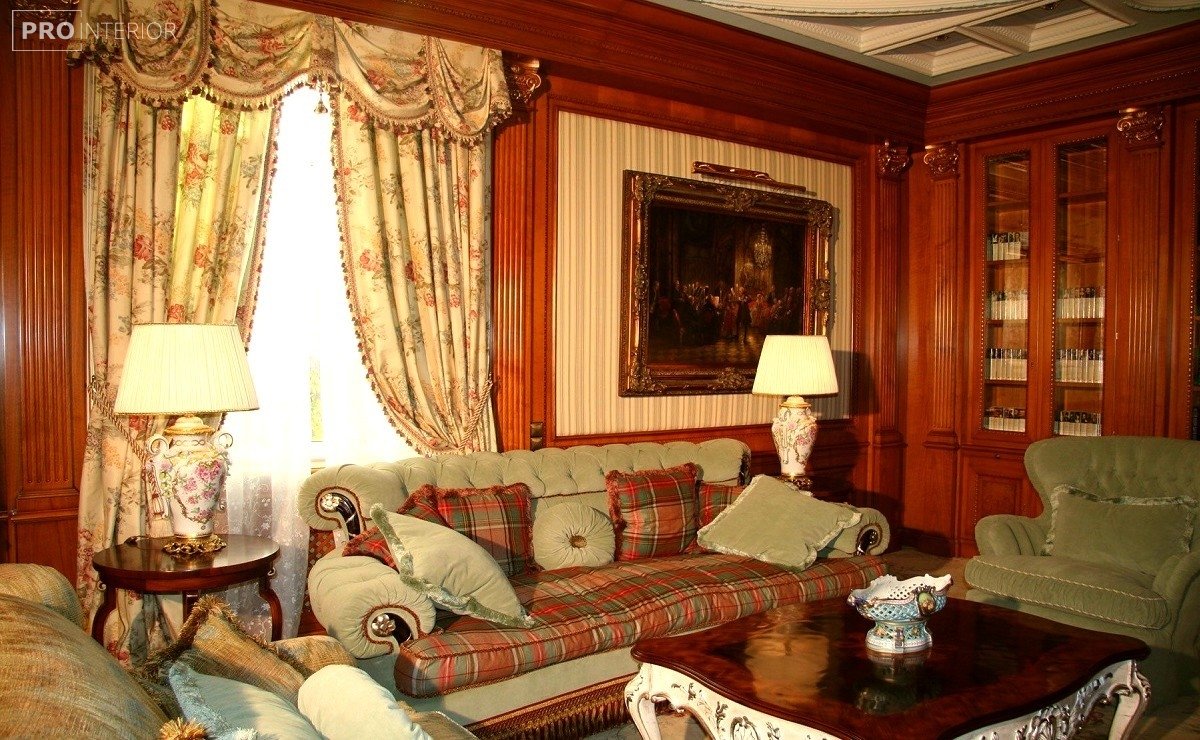 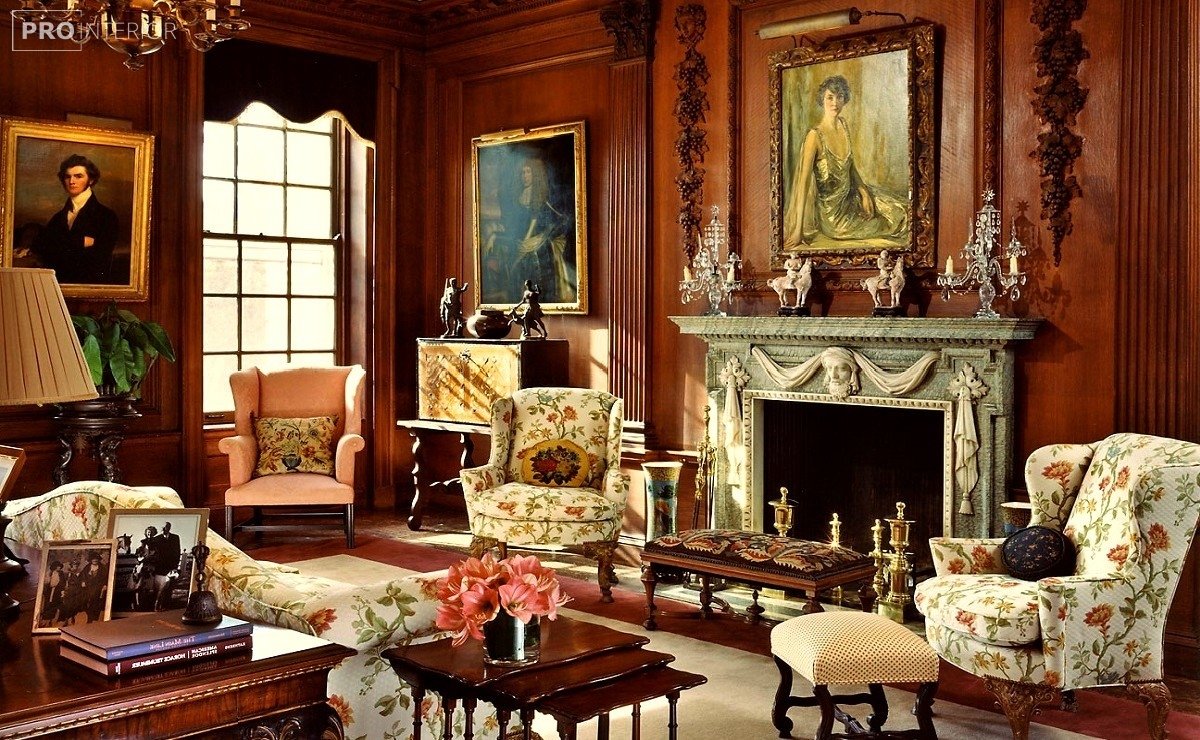 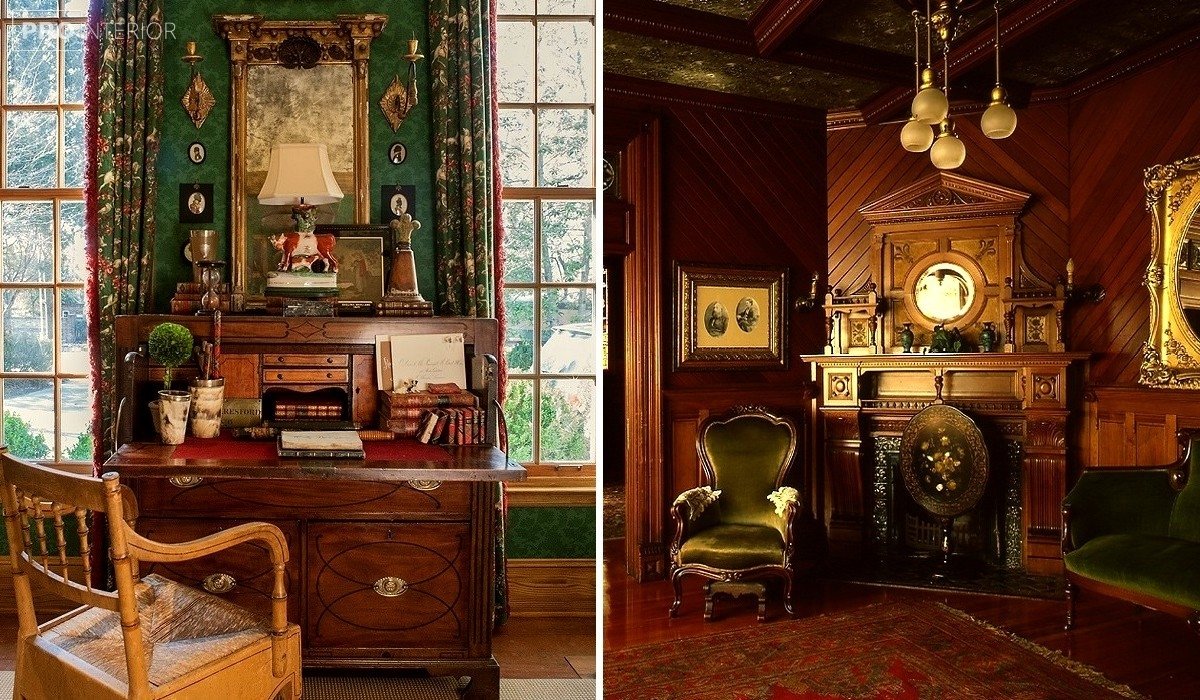 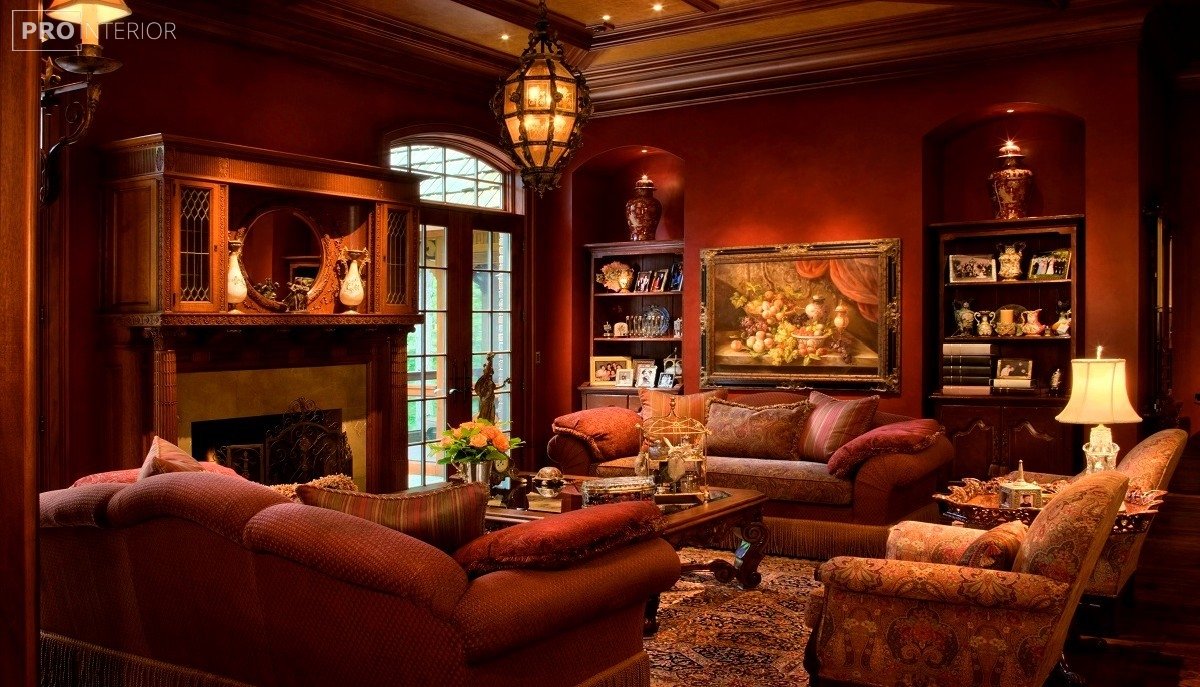 European traditions and Oriental luxury
The development of trade and industry in great Britain, as elsewhere, was associated with the strengthening of the position of the bourgeoisie. Business people differed from the nobles less noble origin, but this did not prevent the first to achieve success. The bourgeois tried to emphasize their respectability by means of luxury. The nobility grew poor and continued to proudly preserve their culture. Victorian design style:
– became a Golden mean between the requests of the bourgeois and aristocrats;
– combined pragmatism, respectability with the desire for home comfort;
– adopted elements of Indian and Chinese cultural traditions;
– included features of Gothic, Rococo, classical, Renaissance, modern.
The interior, arranged according to its canons, is eclectic. The Victorian style went through 3 stages in its development. Initially, it played an important role techniques of Gothic, classical, Baroque, at the final stage-elements of historical styles, named in honor of the representatives of the dynasties of the Stuart and Tudor. 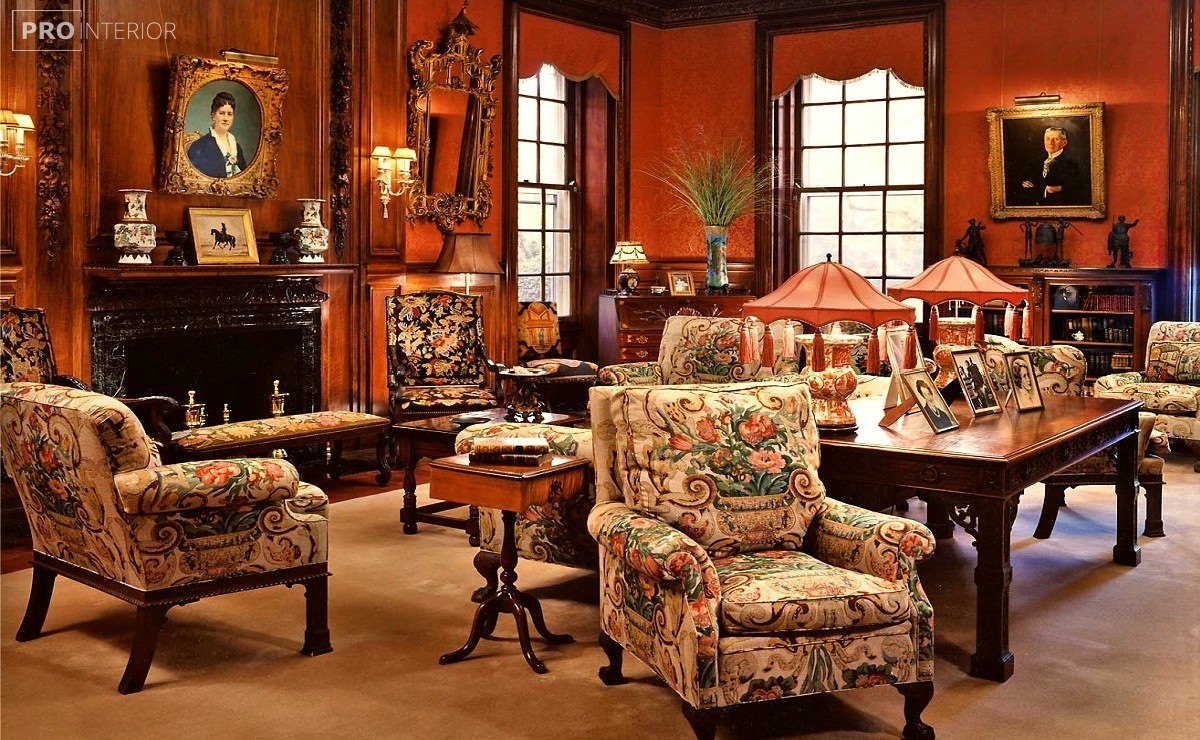 How does morality affect design?
If you determine the primacy of rooms in a house where the Victorian style reigns, the first place will take the office and library, the second-the living room, the third-the kitchen, bedroom, children’s room. This order is explained simply. Victorian morality indicated that the man was the head of the family, and that his rooms were the primary concern. 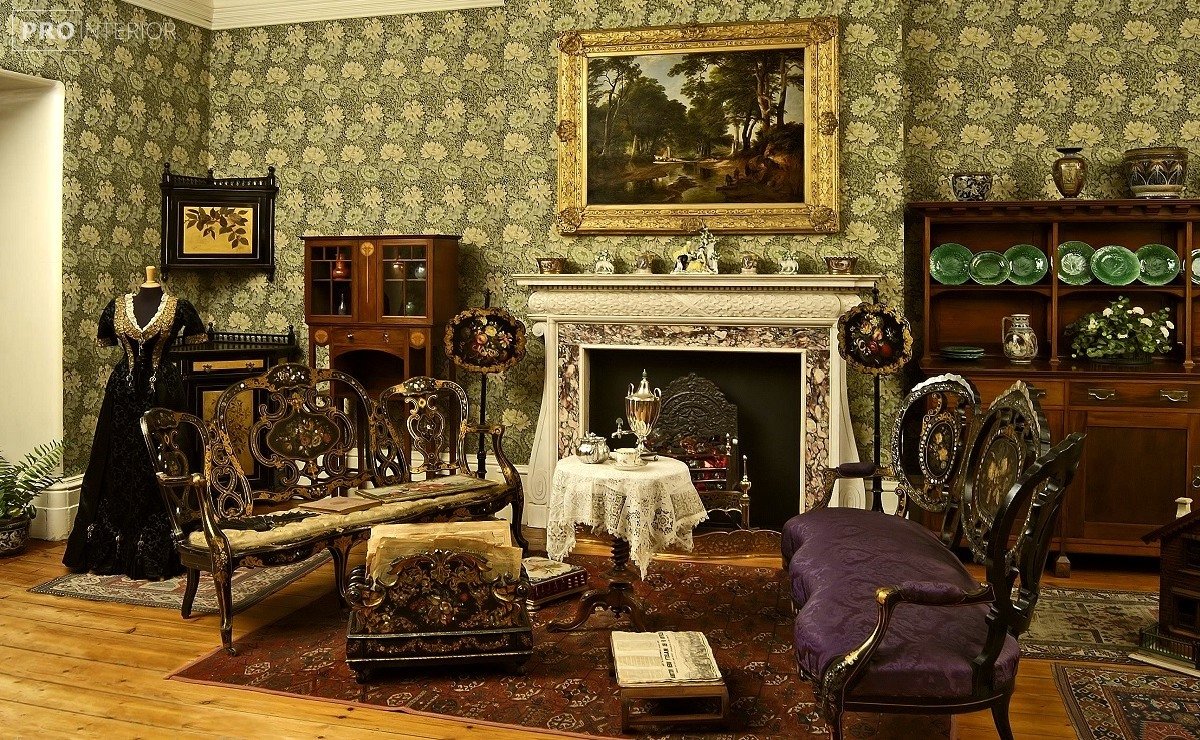 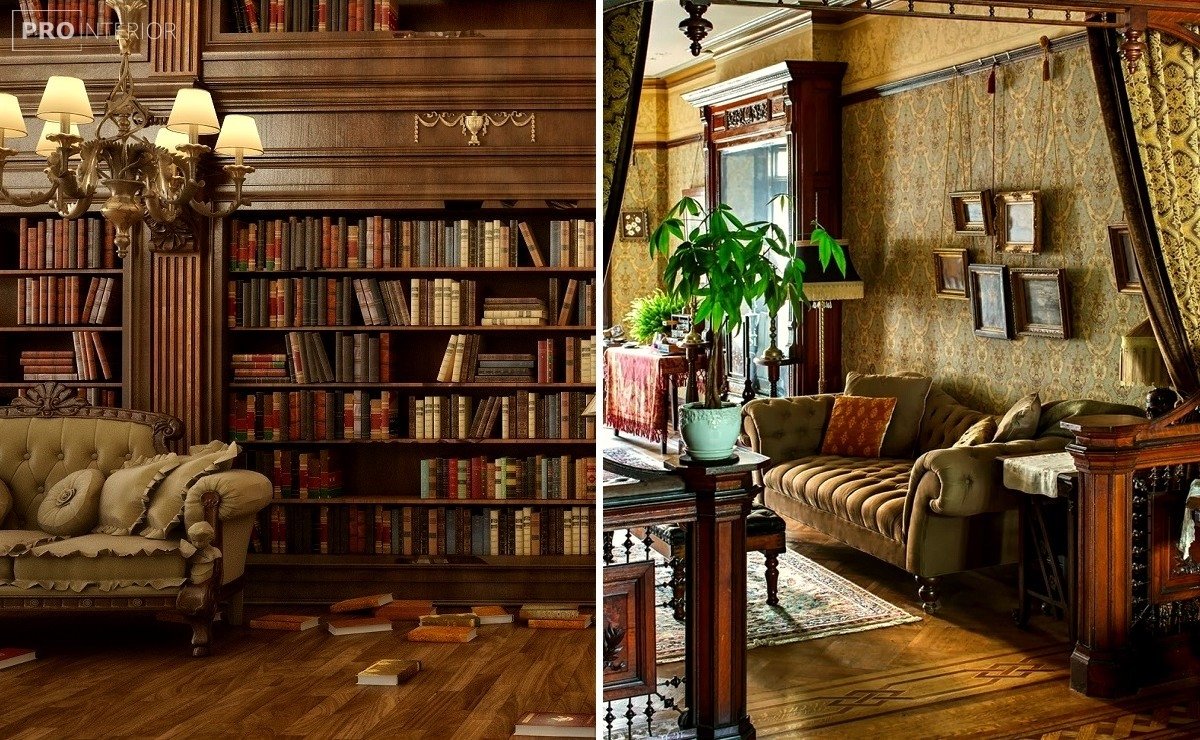 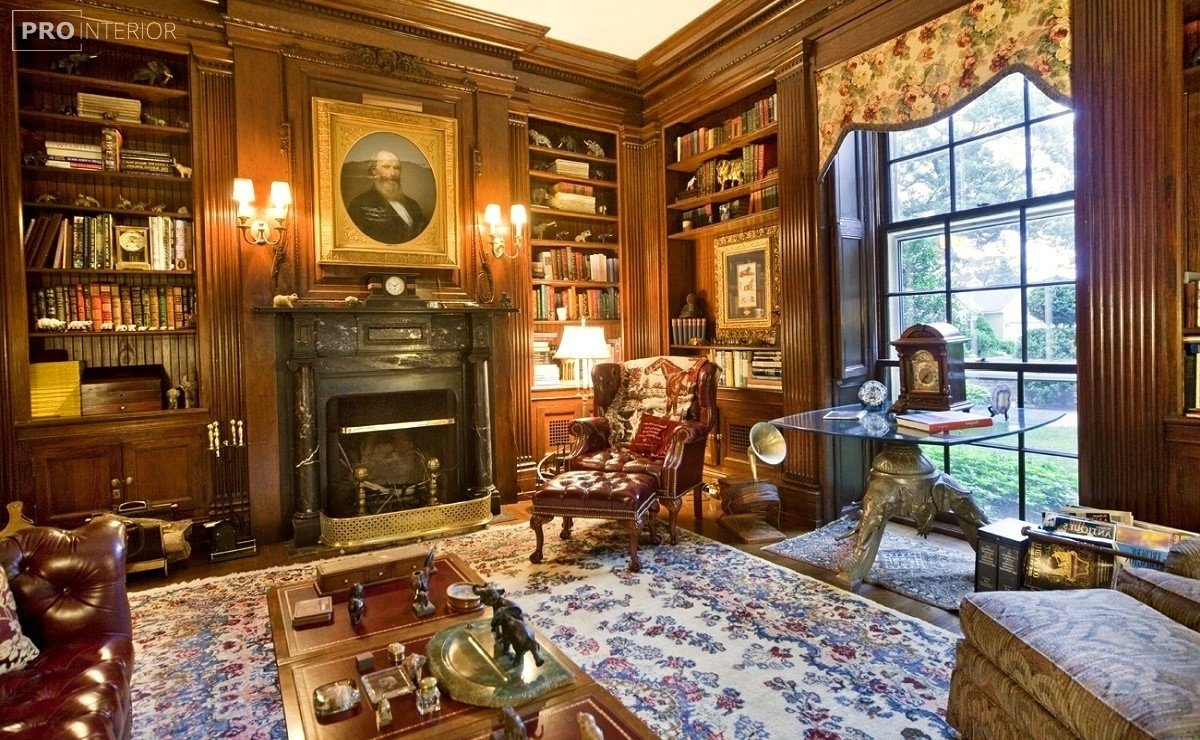 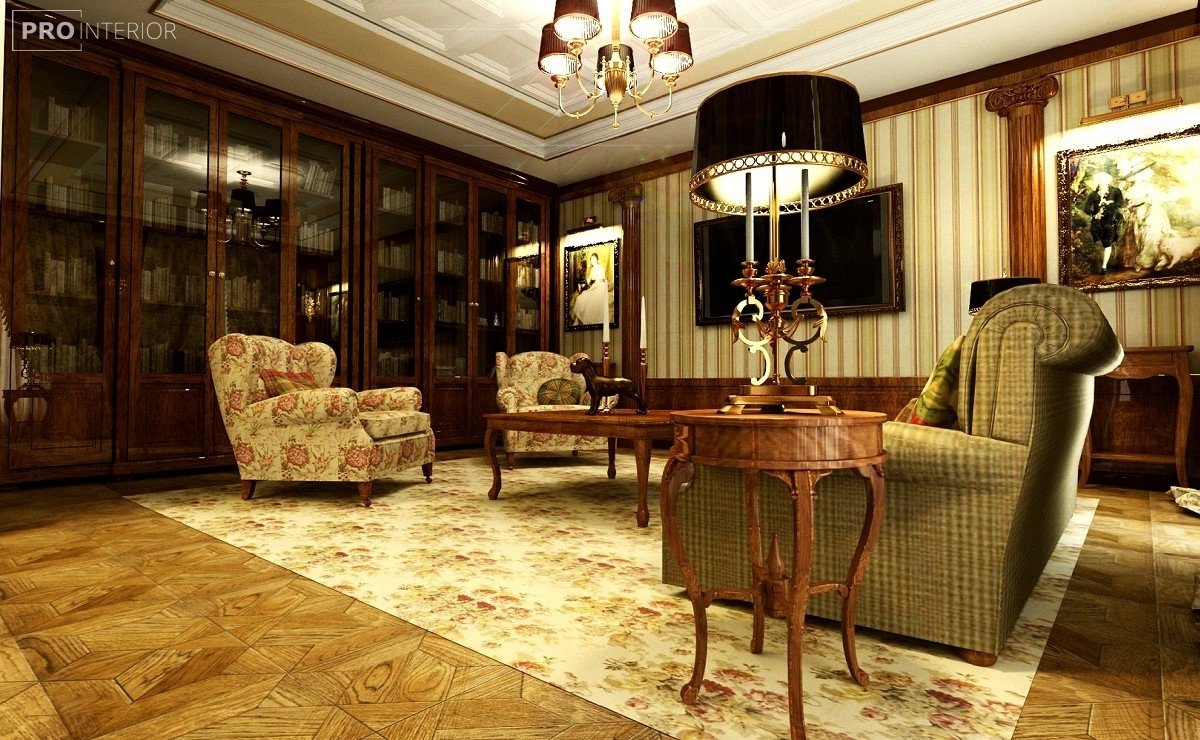 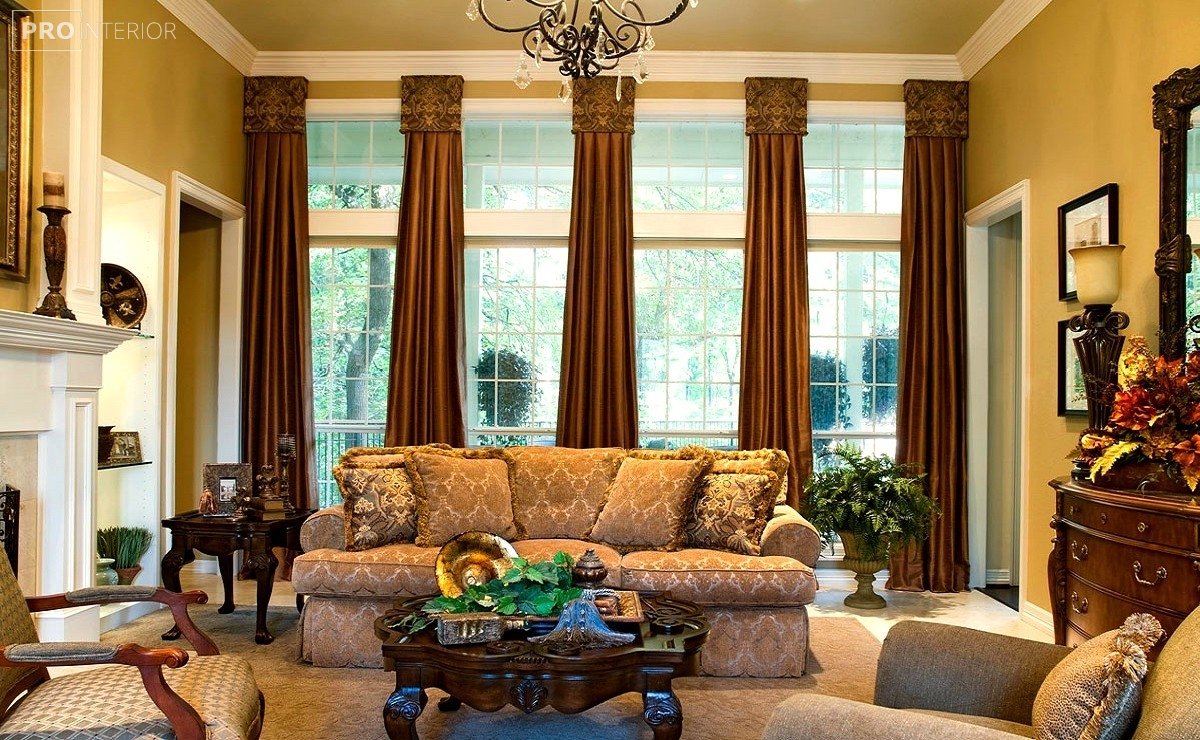 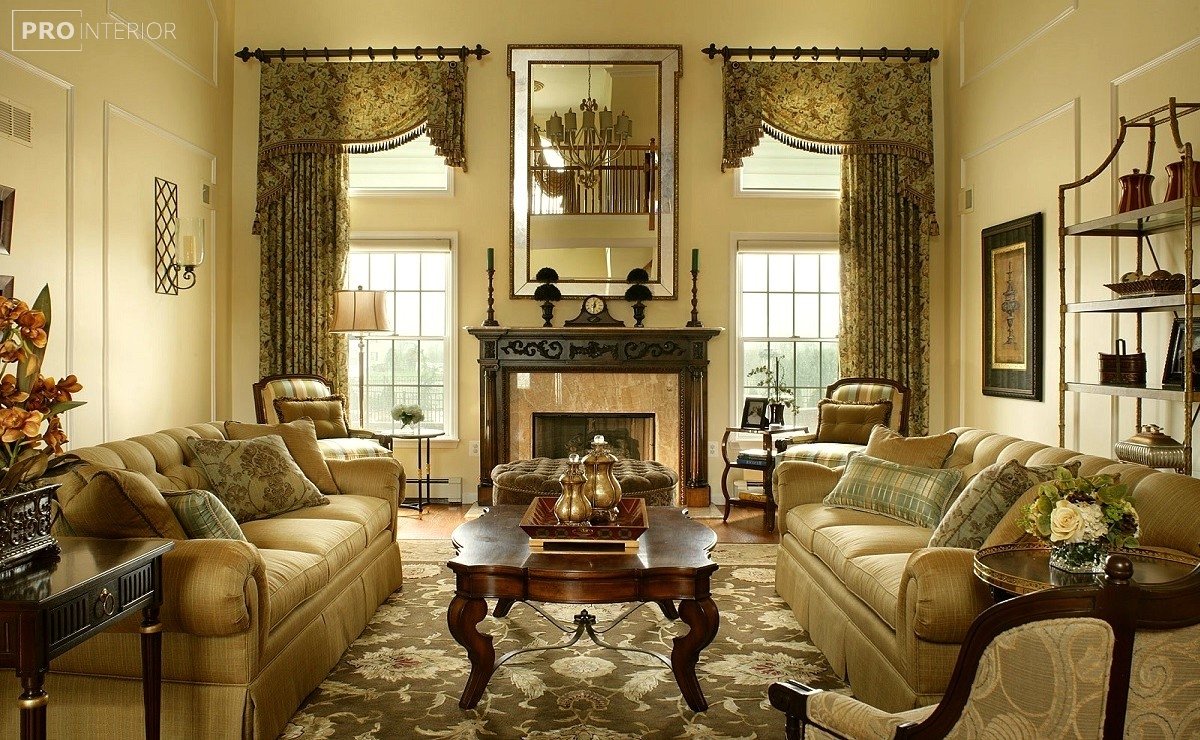 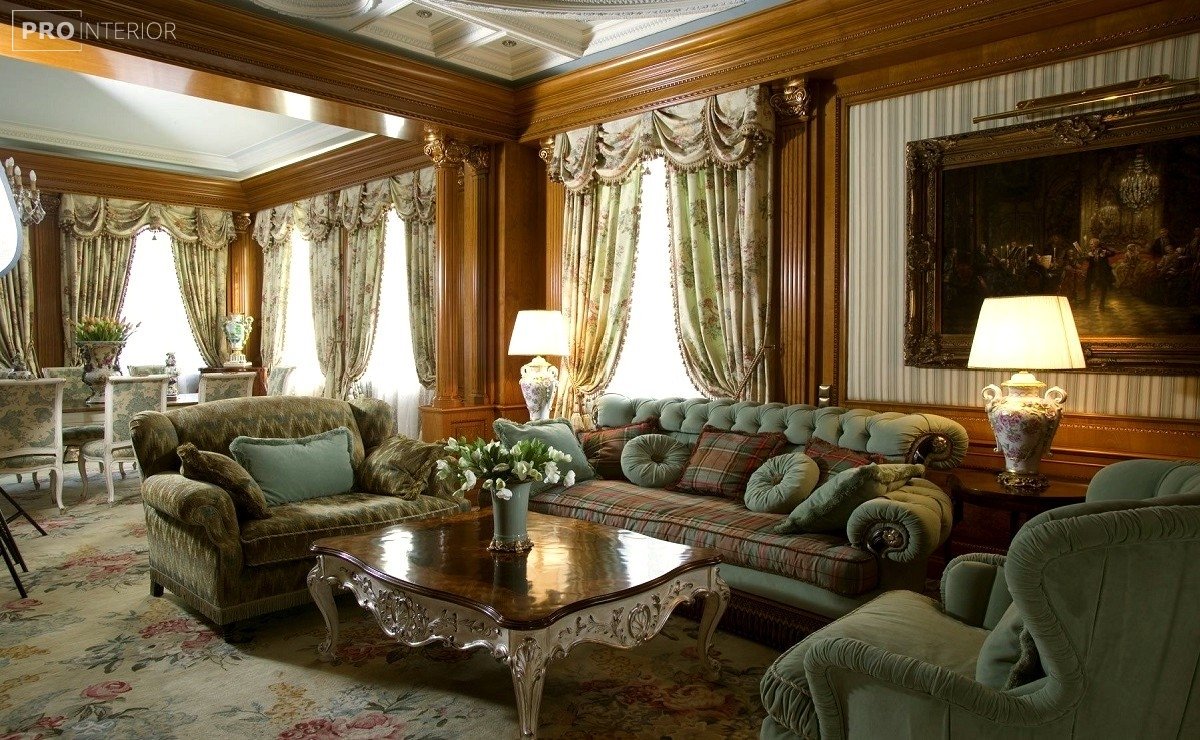 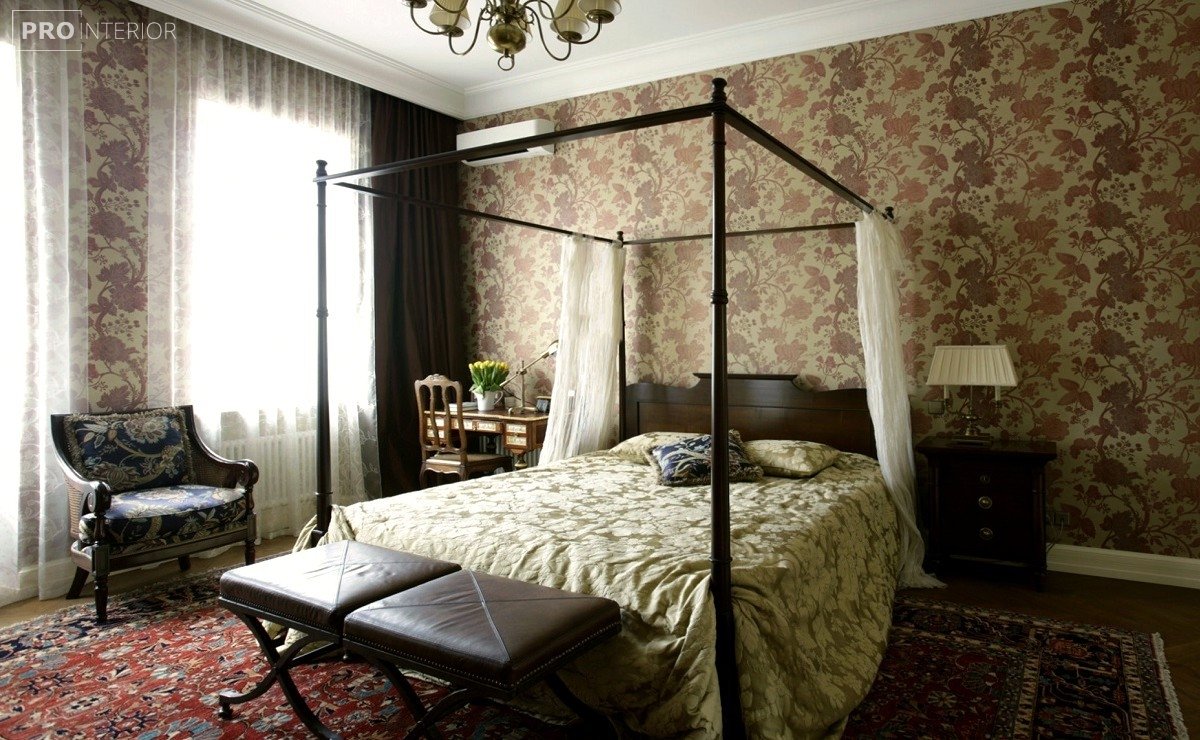 Times have changed, and the study and library remain the most important for fans of the style. In the arrangement of these premises actively use elements of Gothic. The living room is also a special item. Its decoration works for the reputation of the head of the family. For the design of this room use the techniques of classic or modern. The living room must have a fireplace, whose finish is made of marble or granite. The design of the kitchen, bedroom, children’s room can be guided by the canons of Rococo. 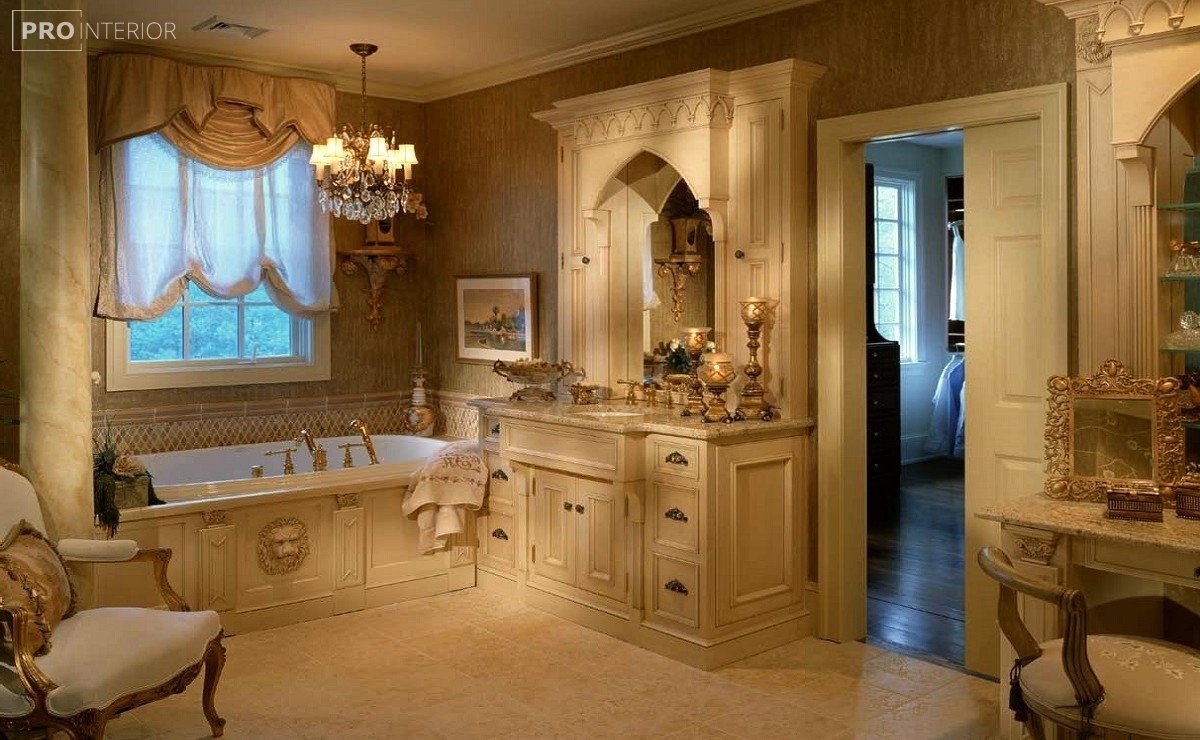 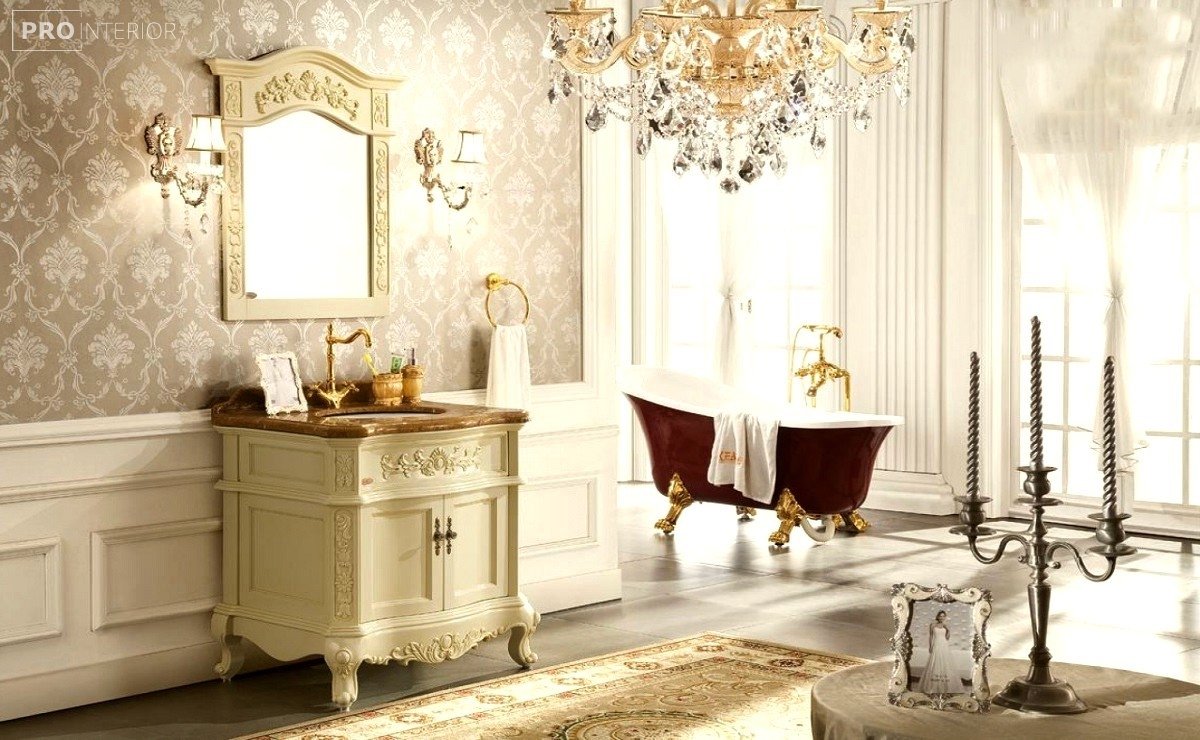 No fakes!
Victorian style does not accept budget decisions. Only natural materials are used for finishing walls, floors, ceilings, window frames and doors. Chief among them is expensive wood. For walls and ceiling use plaster, stucco, inlaid panels, for floors-natural parquet. The main color palette of the style consists of brown, purple, white, gold, shades of natural wood. When arranging rooms, you can use beige, blue, blue, green, lilac, pink. The darkest finishing materials are used for the study and library. 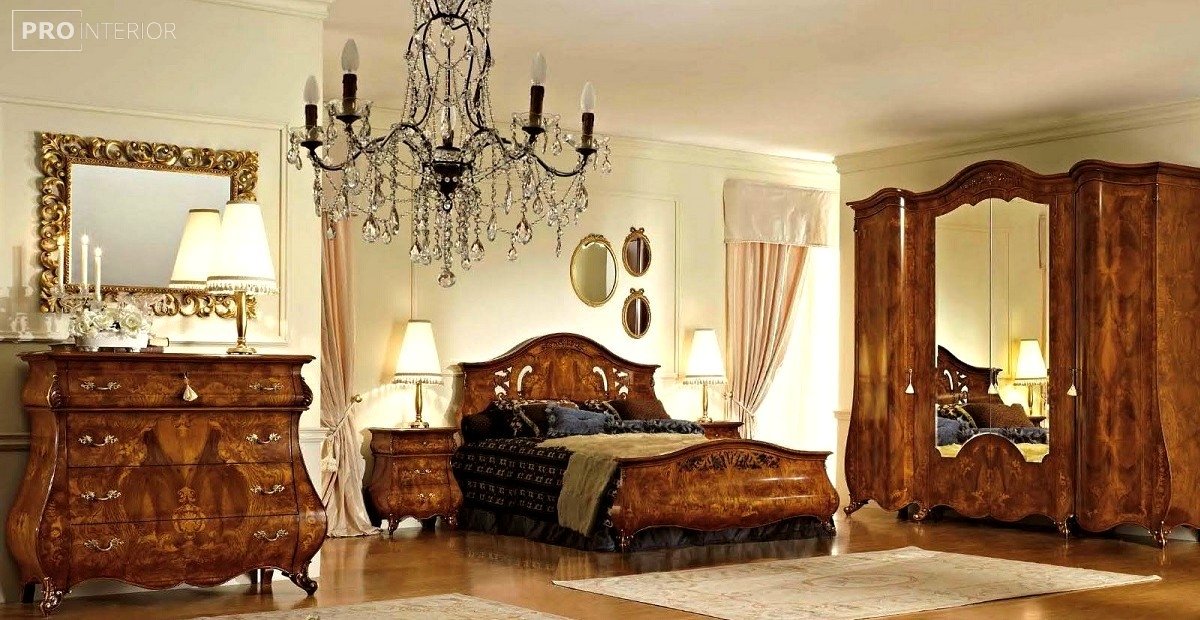 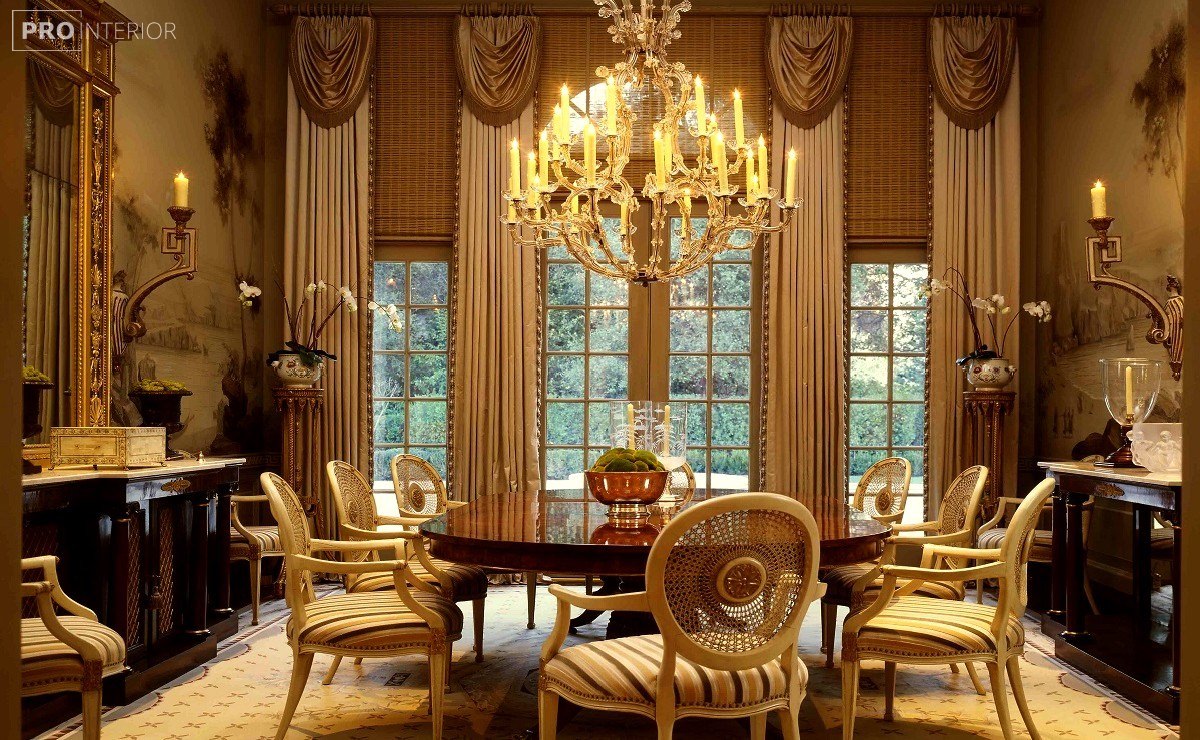 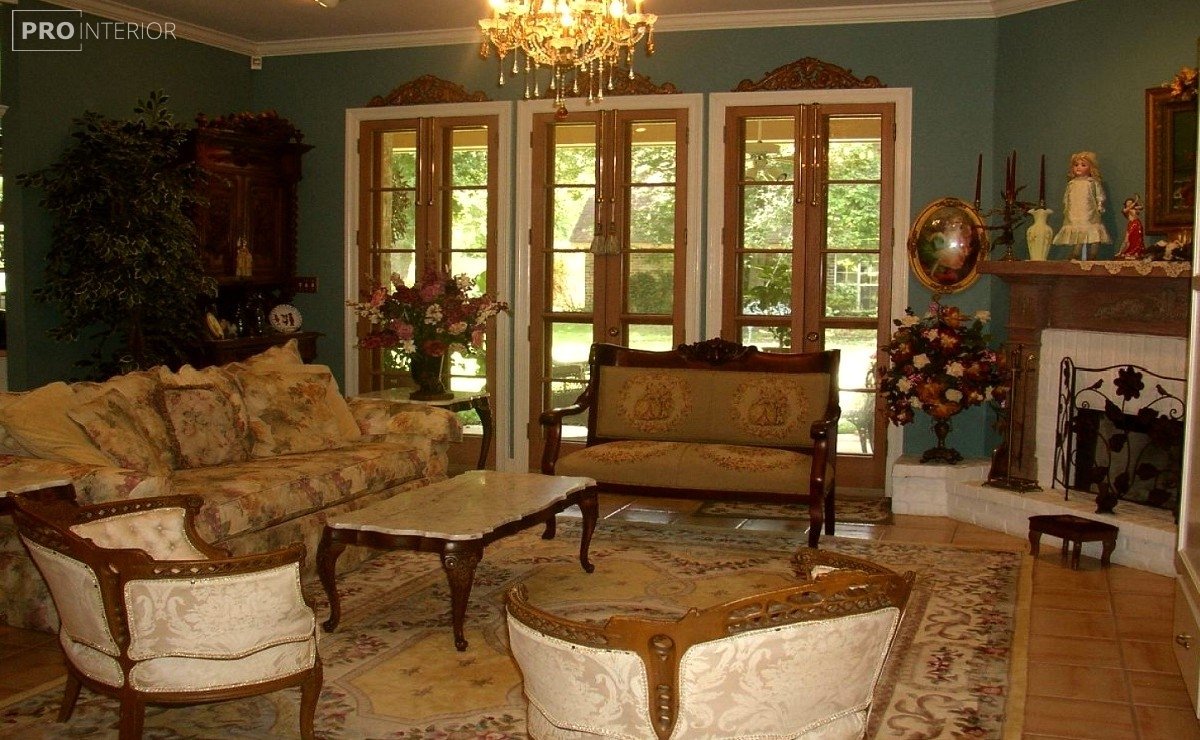 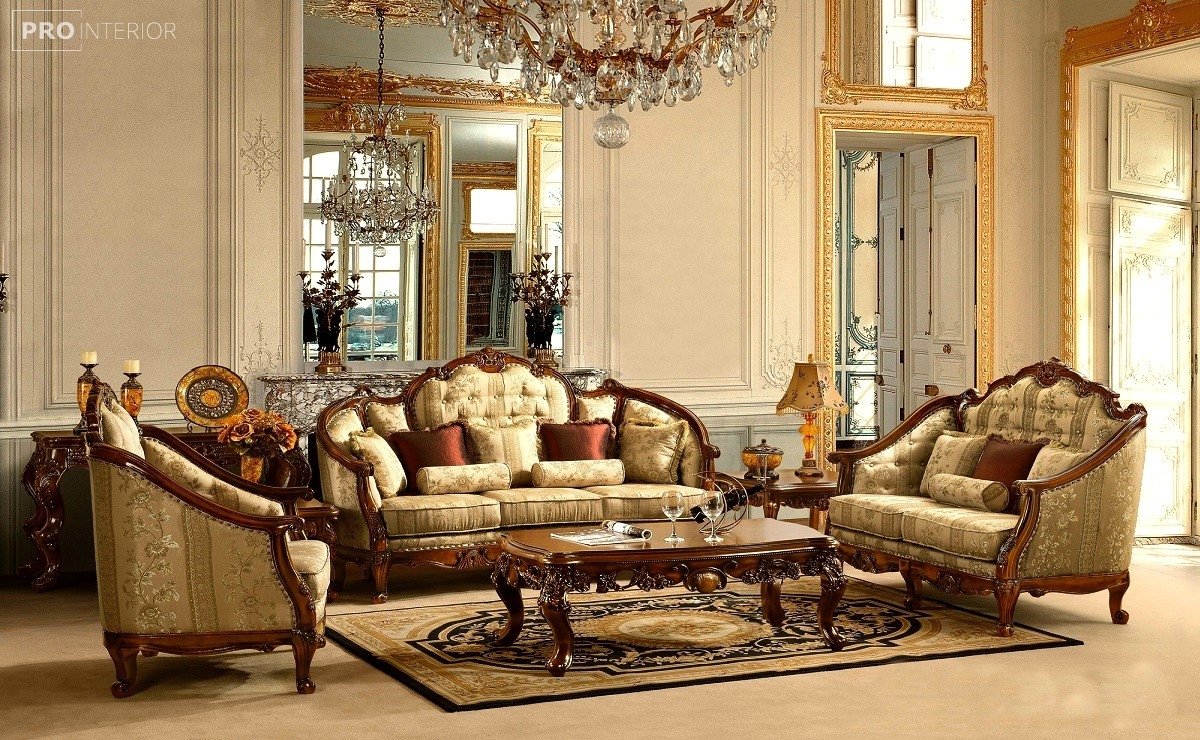 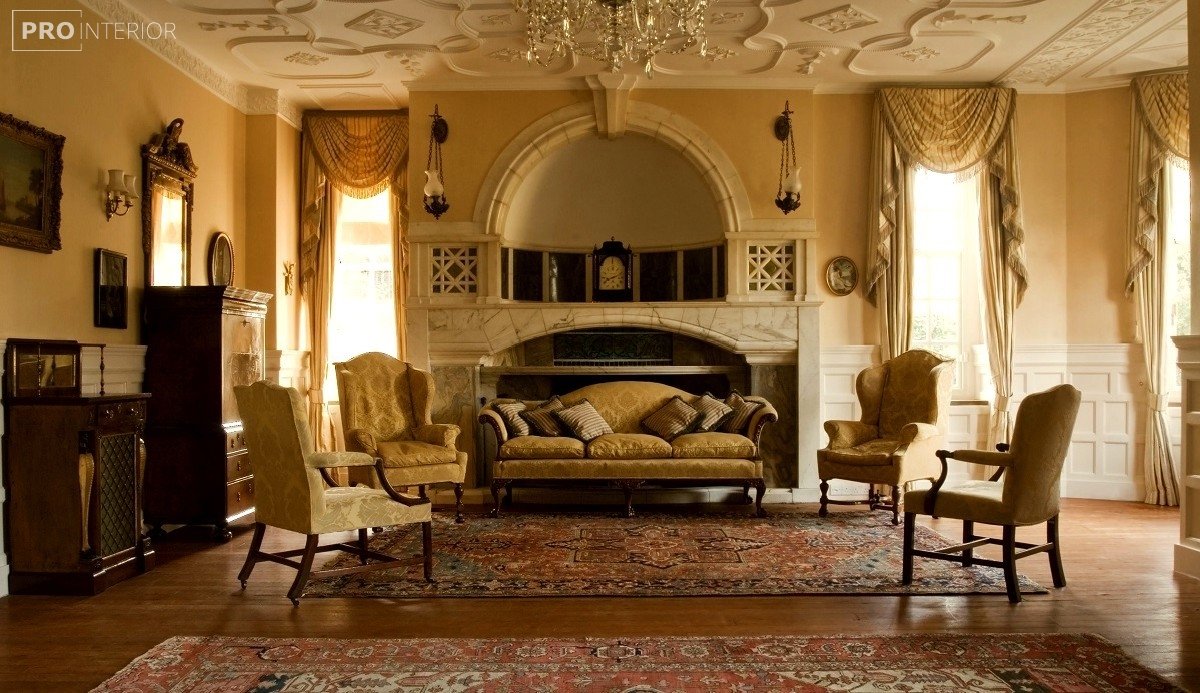 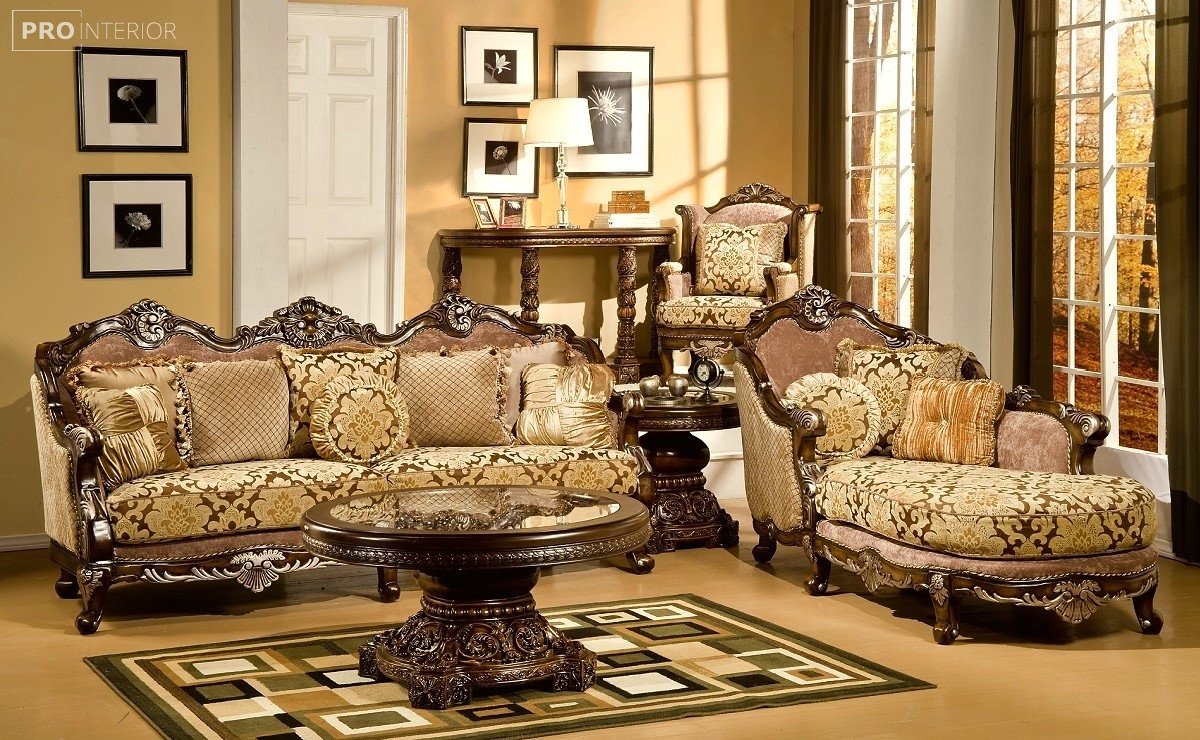 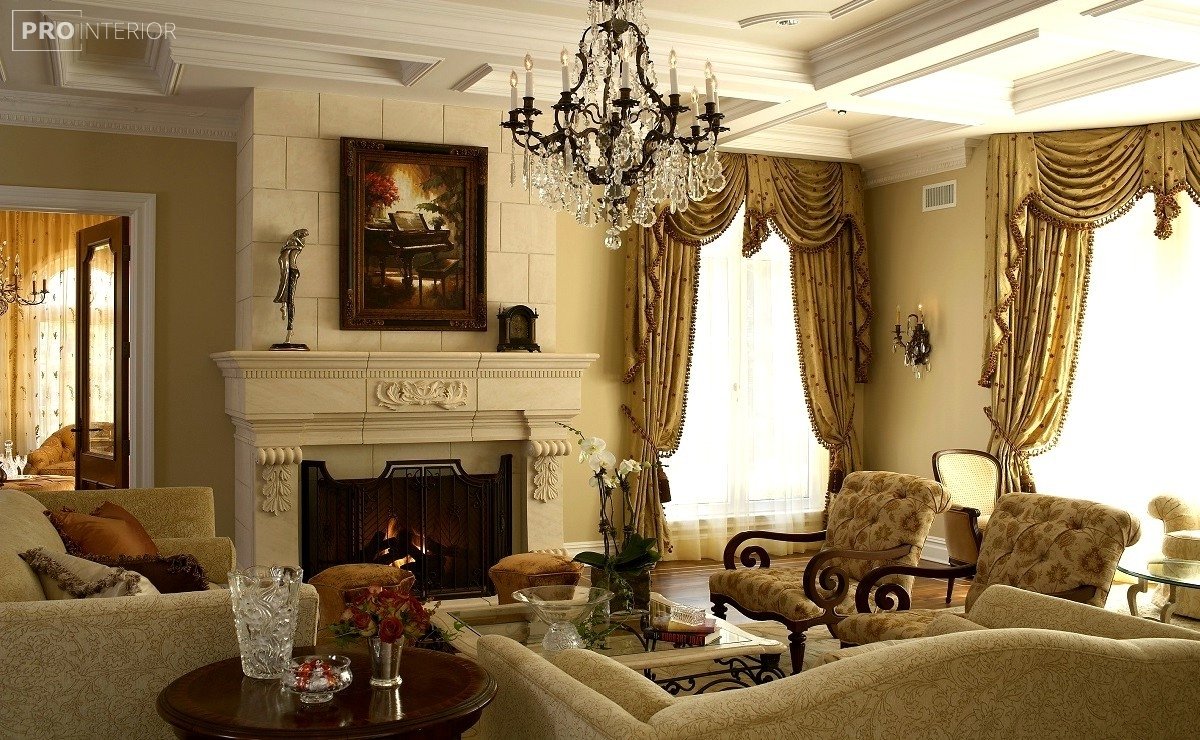 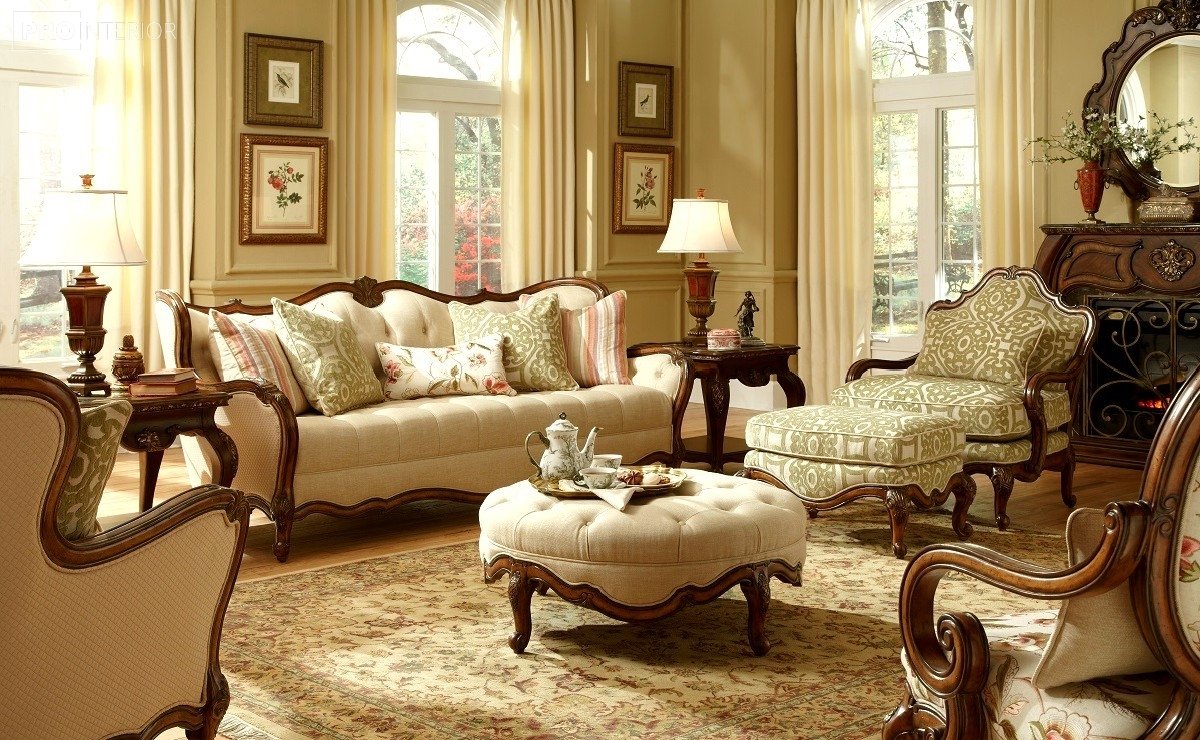 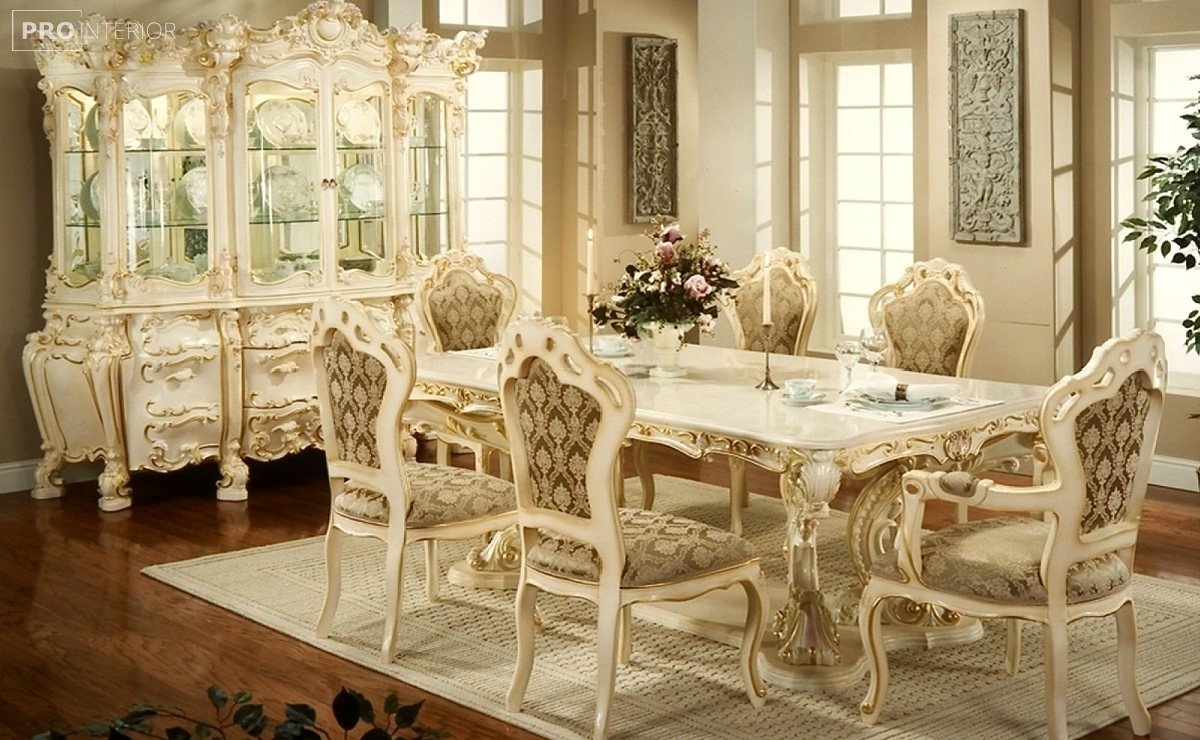 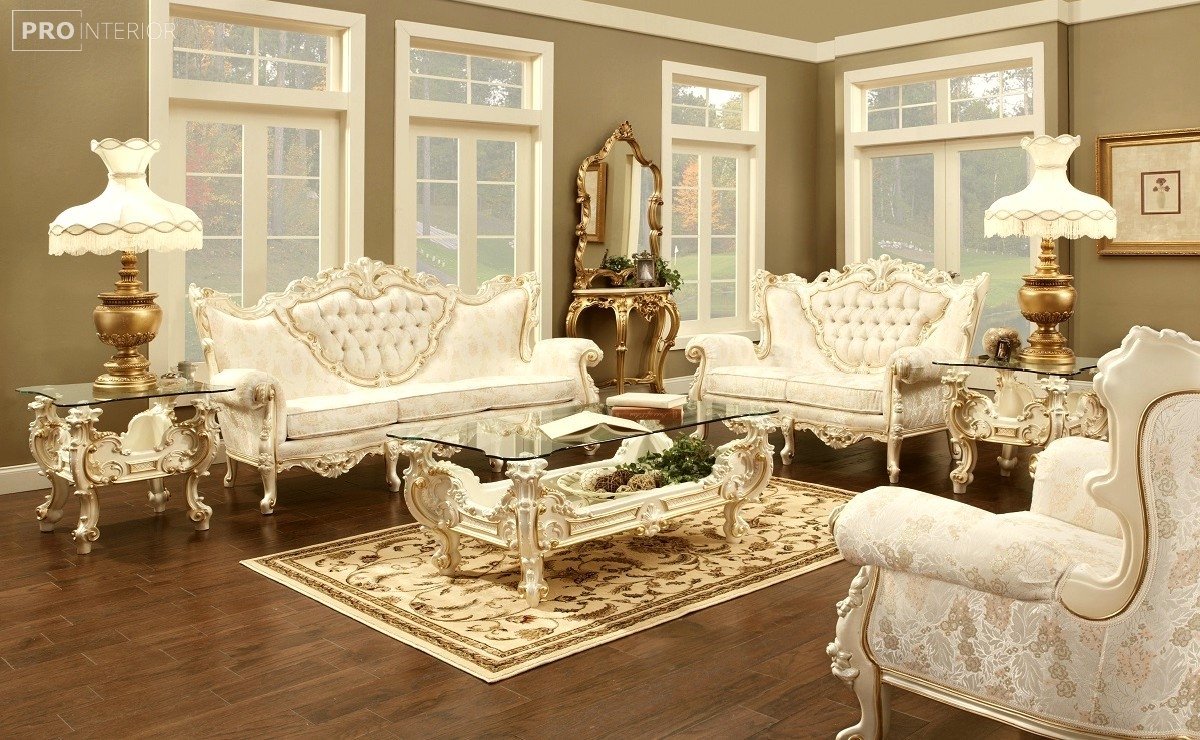 Essential attributes of a style
In a Victorian house there is no place for broken lines, asymmetry, unexpected design decisions. In this reign of logic, symmetry, straight and curved lines. To design rooms according to the rules of style, you need:
– Wallpaper made of natural fabric;
– hand-carved, inlaid furniture made of oak, walnut or mahogany;
– full-length mirrors;
– Oriental carpets and European tapestries, where floral ornaments dominate;
– canopies, curtains, bedspreads made of elite natural fabrics;
– crystal chandeliers, table lamps with fabric shades;
– vintage wall clock;
– paintings in heavy frames;
– vases, boxes, and other accessories made from collectible porcelain;
Even the smallest item (according to the norms of Victorian morality and canons of design direction) should emphasize the high reputation of the family, its worthy position in society. If the interior is decorated correctly, the rooms will be comfortable, the abundance of expensive things will not overload the space, and the house will become a model of exquisite taste. 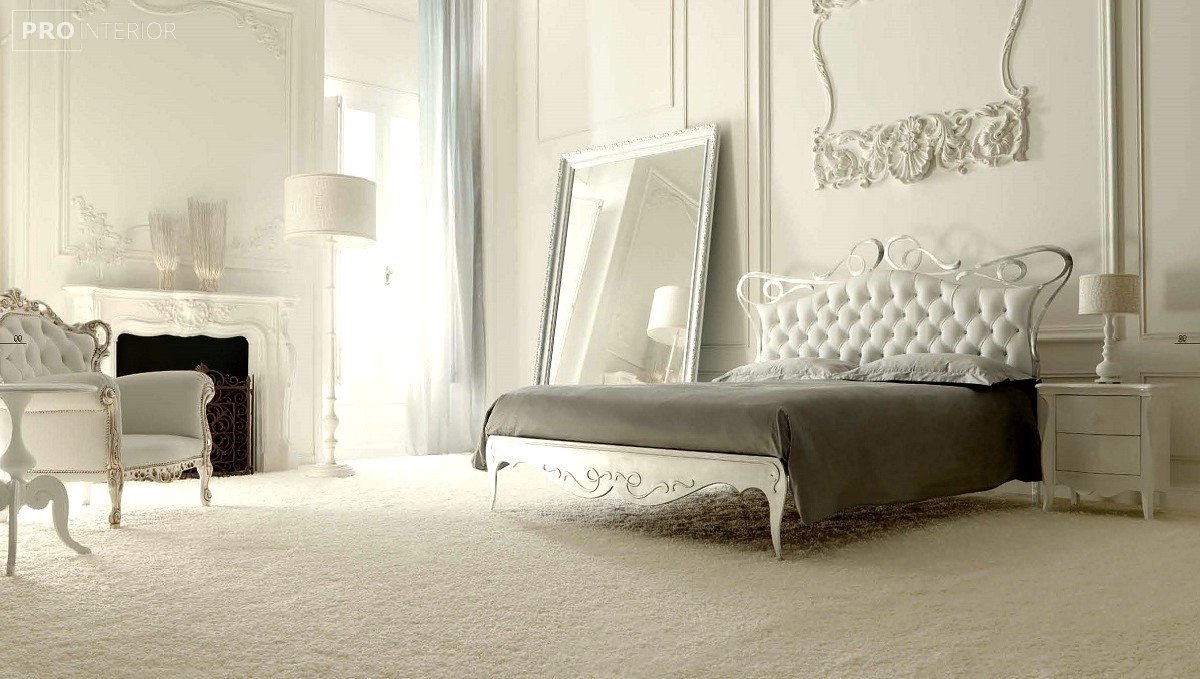