Gzhel-originally a method of making dishes from clay, a distinctive feature of which was an artful painting. Over time, Gzhel went beyond kitchen utensils and became known as an interior style, and painting in the style of Gzhel became a popular decorative element. 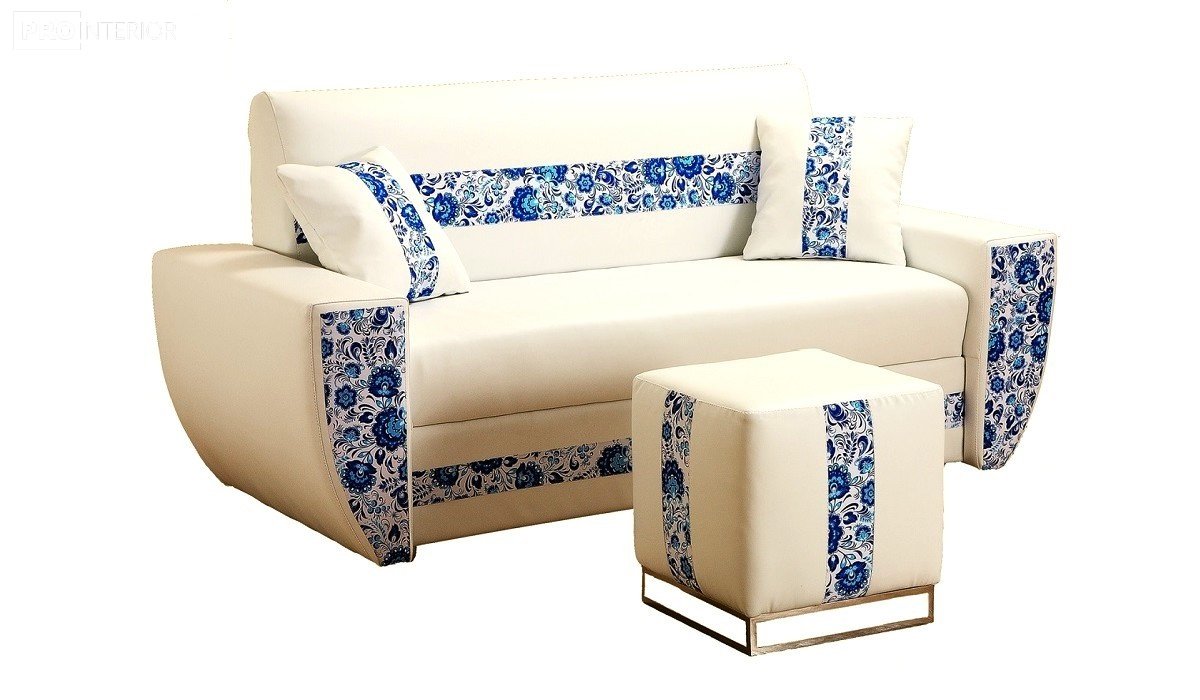 From the beginnings to the present

Initially, Gzhel is a special type of painting of porcelain and pottery, as well as decorative items. Gzhel originates in the IV century, it was during this period in historical sources first mentioned Gzhel region and the village of Gzhel, in which lived skilled craftsmen. It is believed that the name of the settlement and, consequently, the craft, comes from the old Russian word “zhgel”, which can be deciphered as “burn clay”. 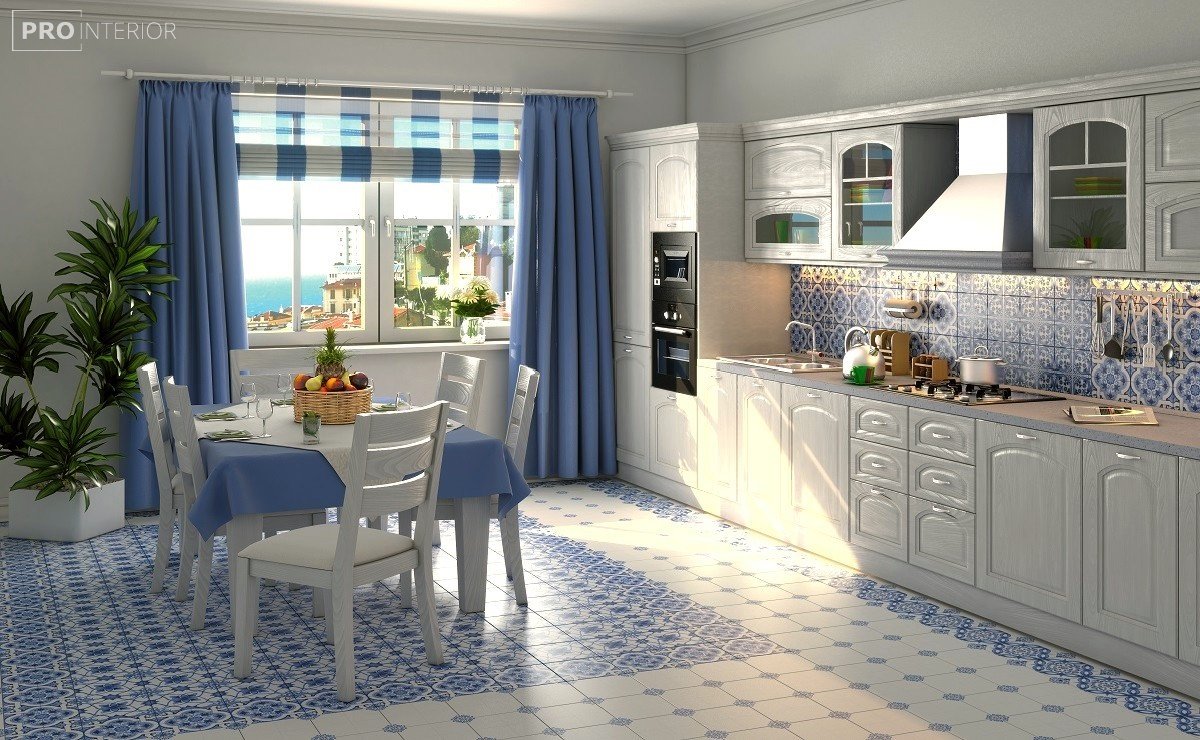 At first, only pottery was made in Gzhel, but over time, the masters began to make household items from black ceramics (clay was burned in a special way in sawdust until it became black, then the product was polished to a Shine) and ant dishes (clay products were covered with glaze and acquired a greenish or brown tint).
In the VII century, Gzhel craftsmen began to paint dishes with colored patterns, depicting hunting scenes, landscapes, fairy tales, geometric ornaments and floral motifs. 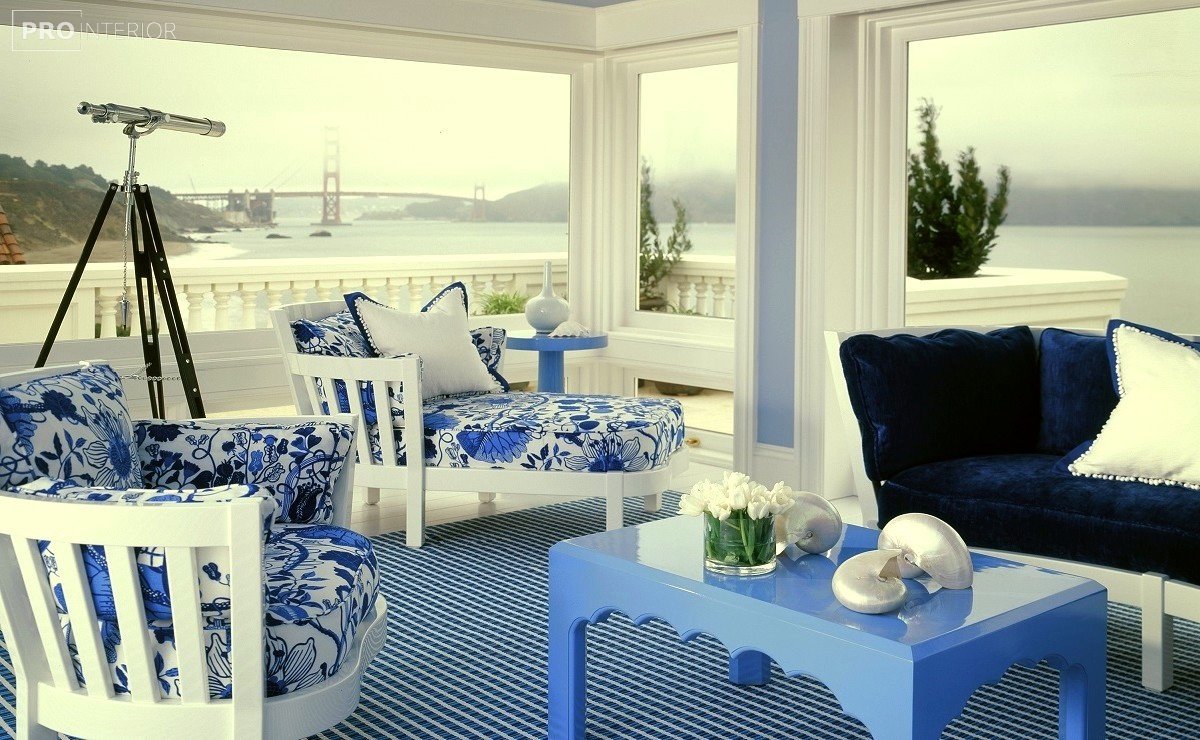 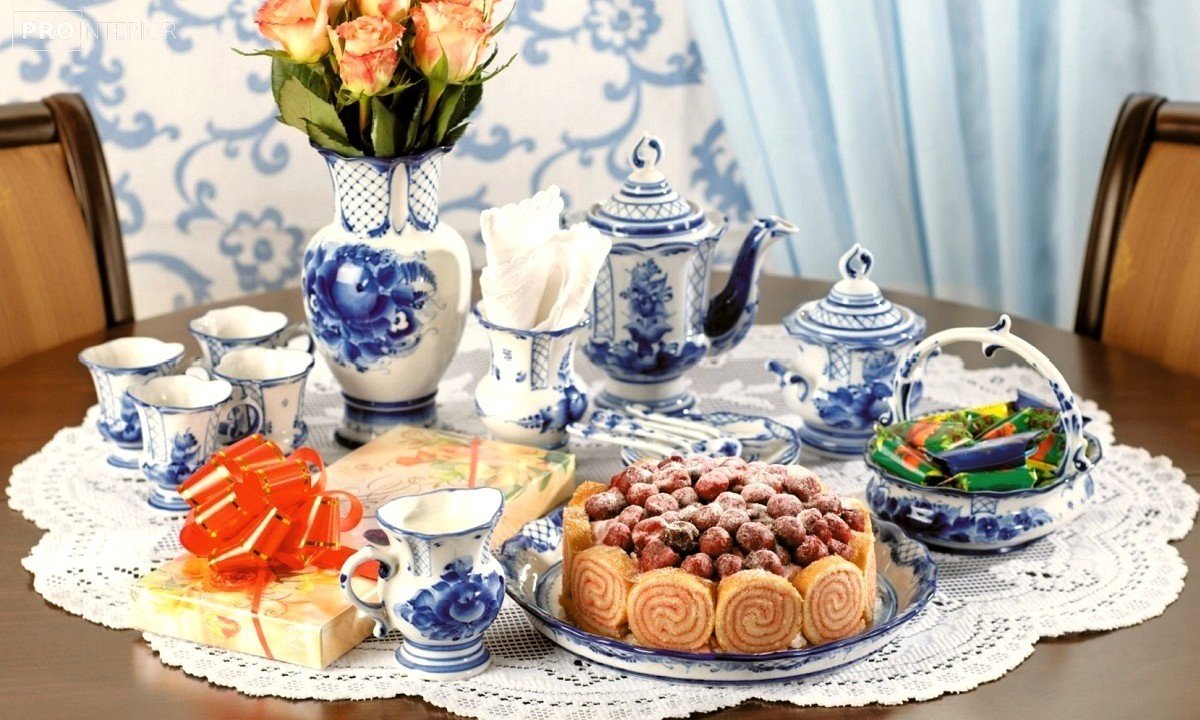 Today, Gzhel-style kitchen utensils continue to be produced by a number of small businesses located on the site of the historical origin of this art form. Despite this, nowadays Gzhel is associated not so much with pottery, but with a blue pattern on a white background, which has become the hallmark of the style. It is used in the decoration of household items, as well as as a decor in the interior.
As an interior style appeared in the VII-VIII century with the popularization of painted dishes and does not lose its popularity to this day. 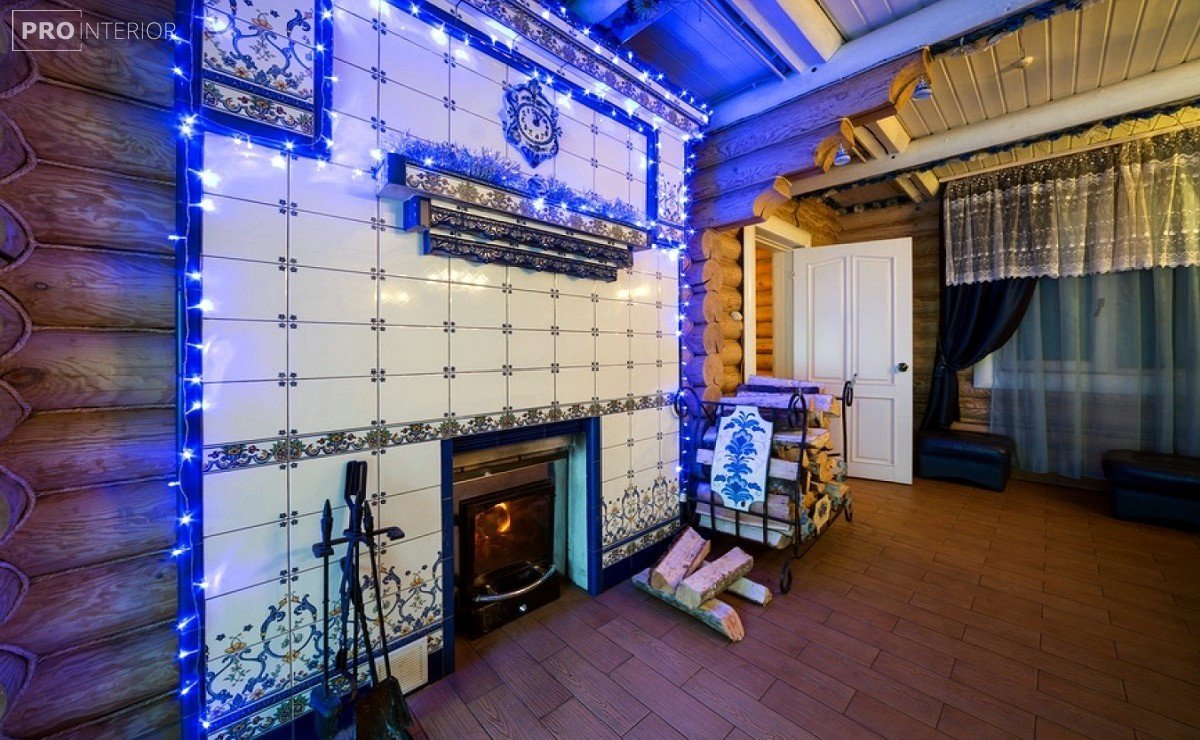 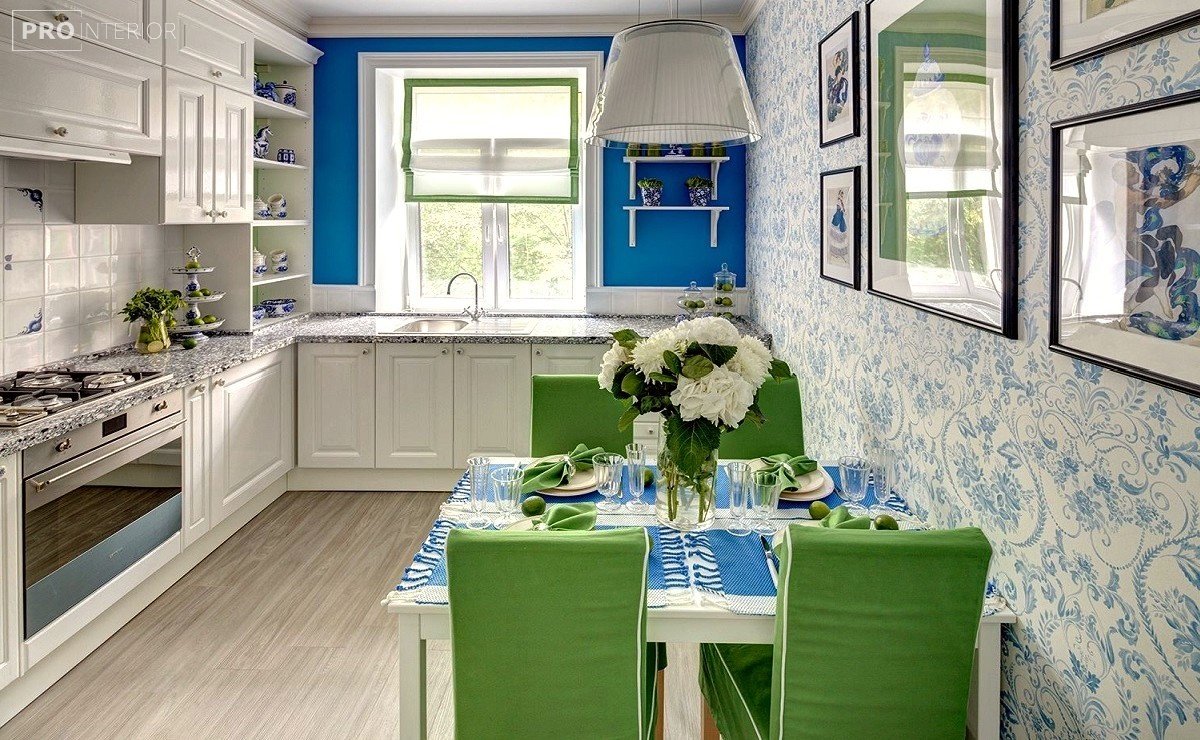 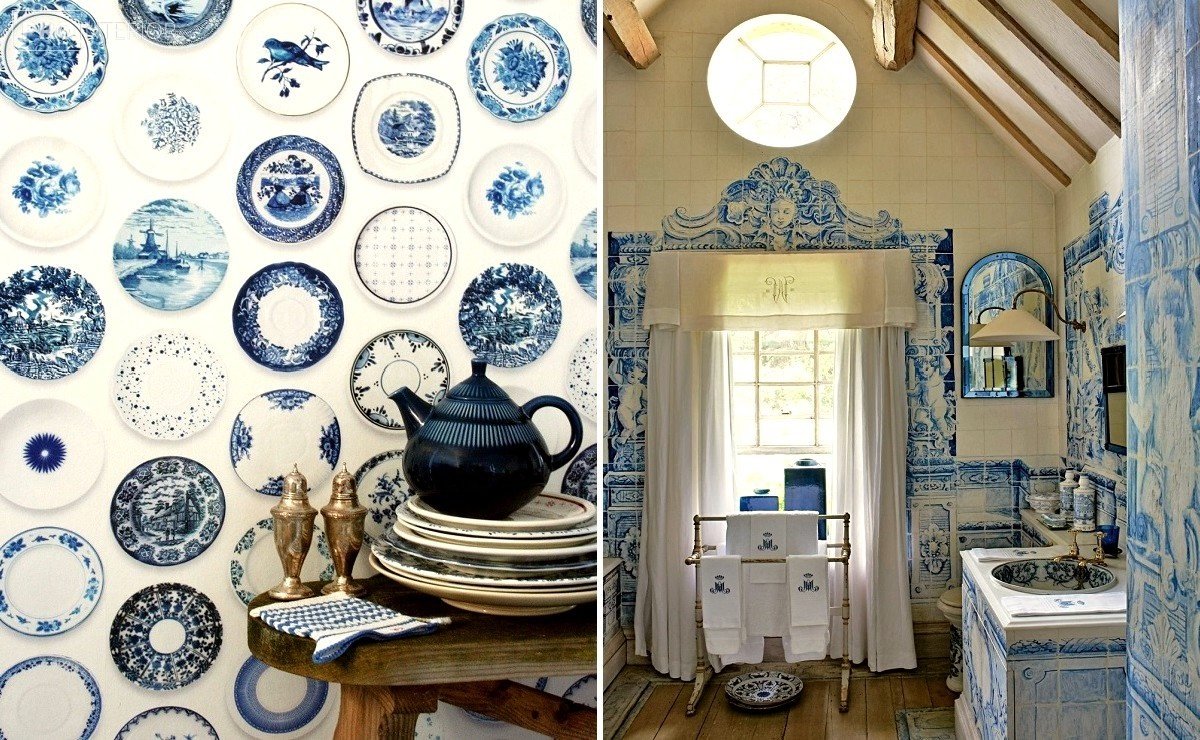 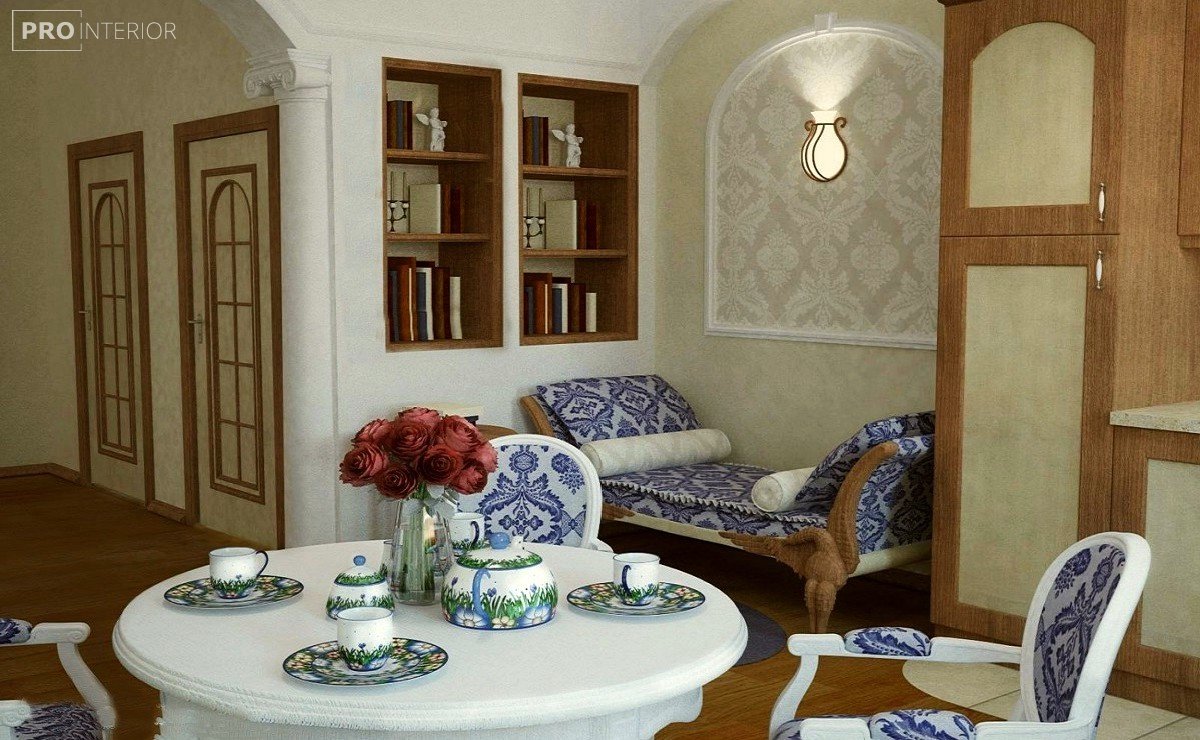 The traditional colors in the Gzhel style are all sorts of shades of blue and white. The interior in this color scheme is laconic and light, and the painting, which is an integral attribute of Gzhel, gives home comfort. 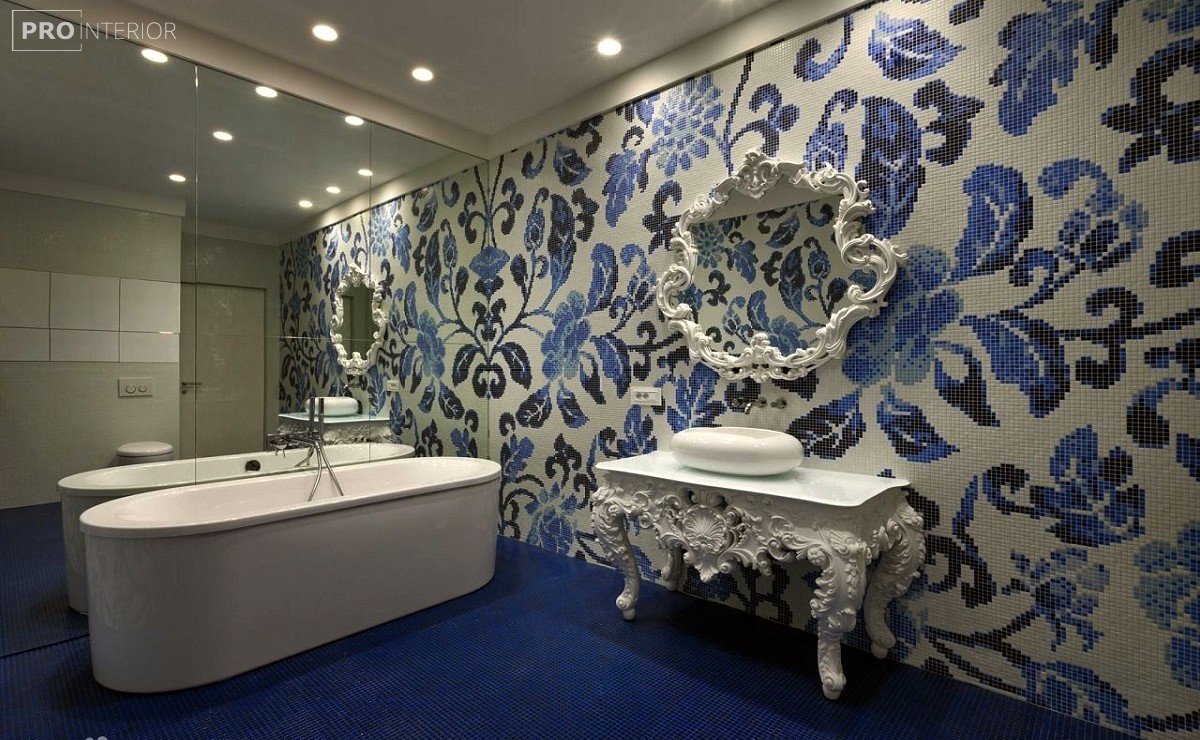 The interior in the Gzhel style is light and not burdened with unnecessary details, therefore, the materials are also selected as simple and natural as possible. Preference is primarily given to the tree. It is used as a floor covering and for the production of furniture. As for the walls and ceiling, it is often preferred to paint or Wallpaper white. 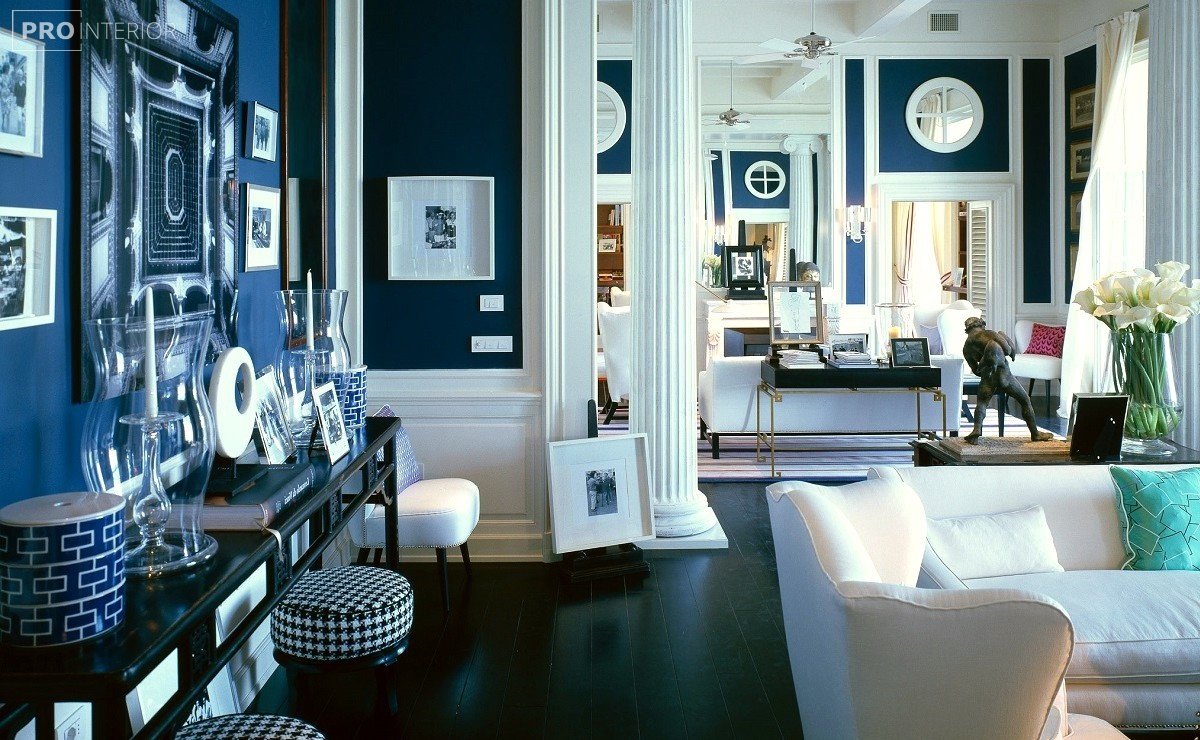 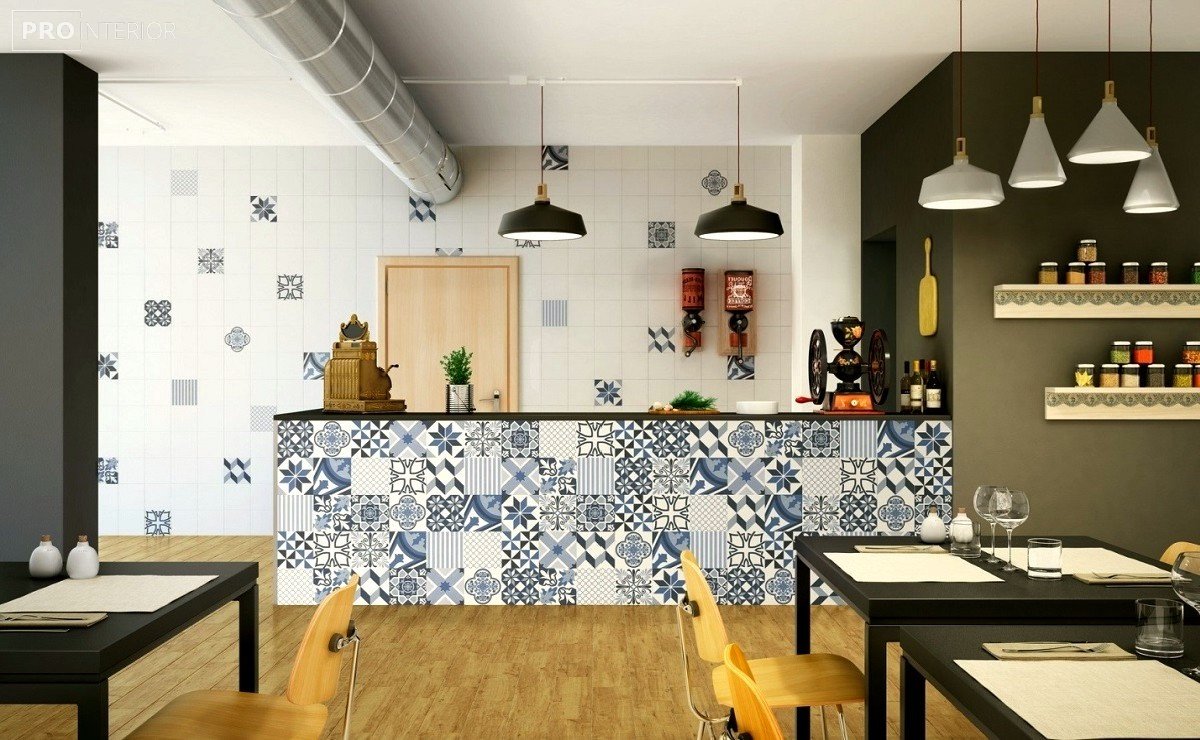 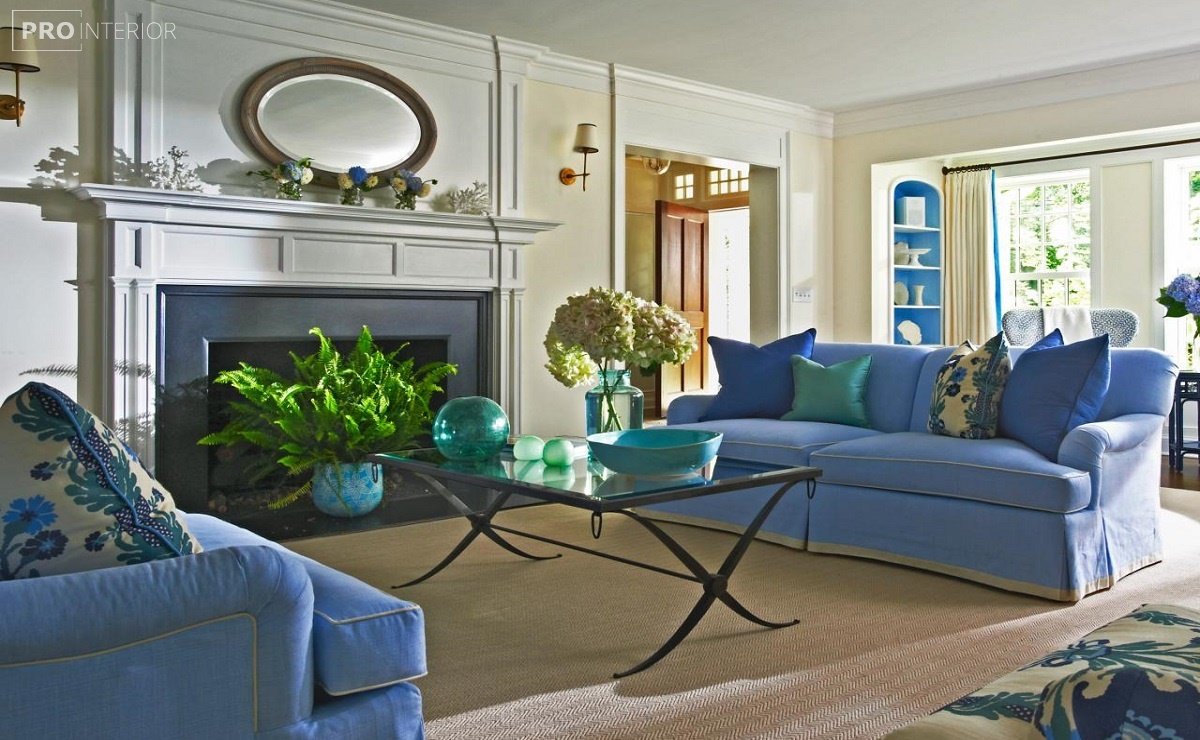 Gzhel is considered a traditional Slavic style, so there is no room for excesses, but it is designed to create the most comfortable atmosphere in the room. Preference is given to simple, but functional and most comfortable furniture. In the living room it can be soft sofas and armchairs upholstered with textiles, in the kitchen-wooden cabinets, a large dining table and chairs with soft seats. 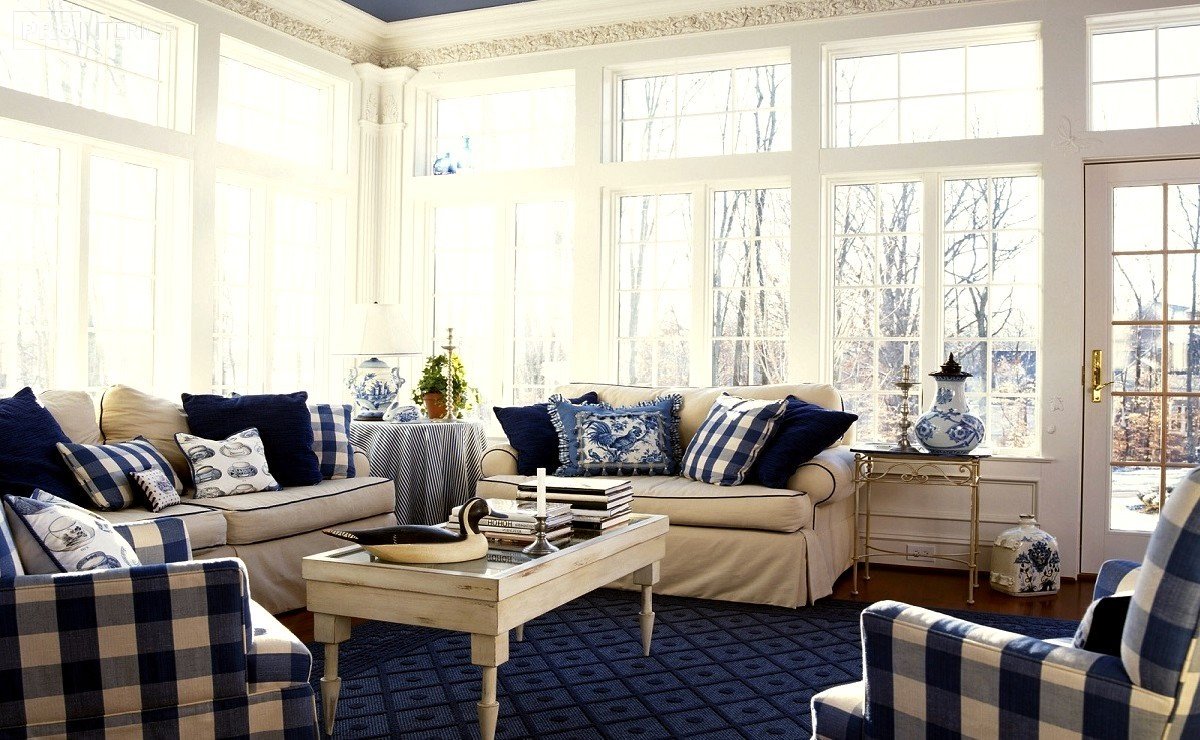 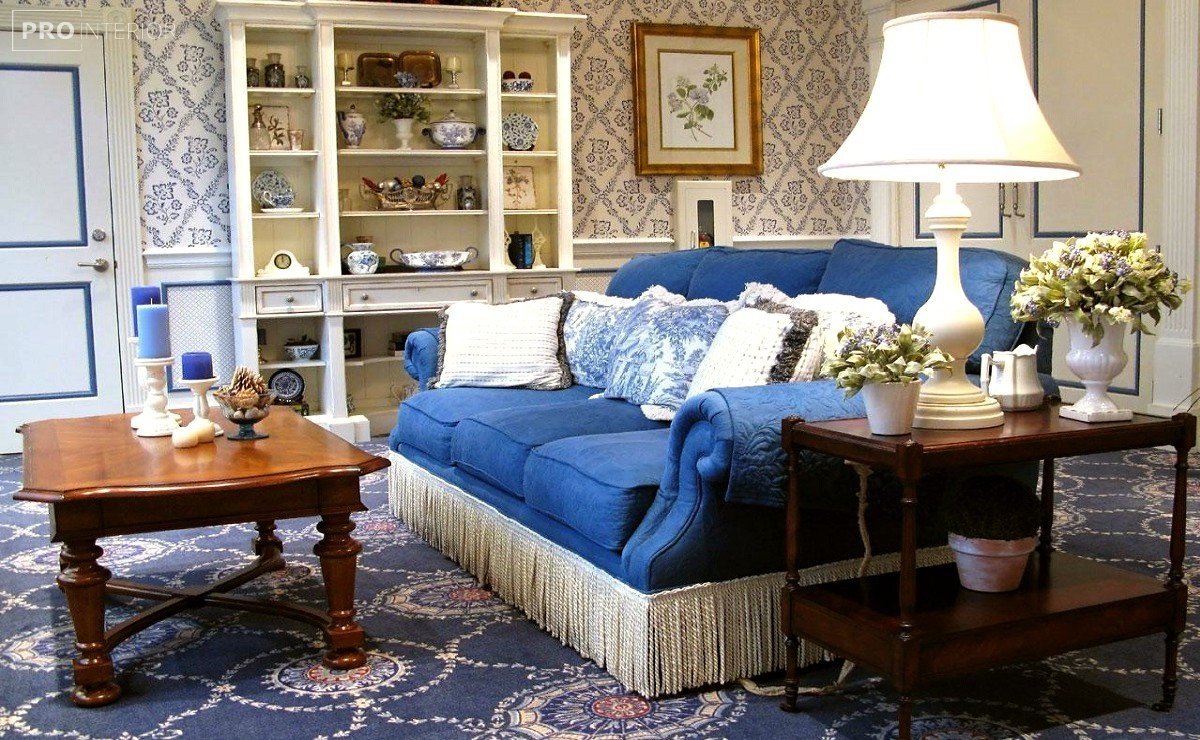 Since initially Gzhel is the art of making and painting dishes made of clay, the presence of these elements in the interior is a prerequisite. In addition, Gzhel painting can be applied to other decorative items such as textile pillows and bedspreads or wall panels. 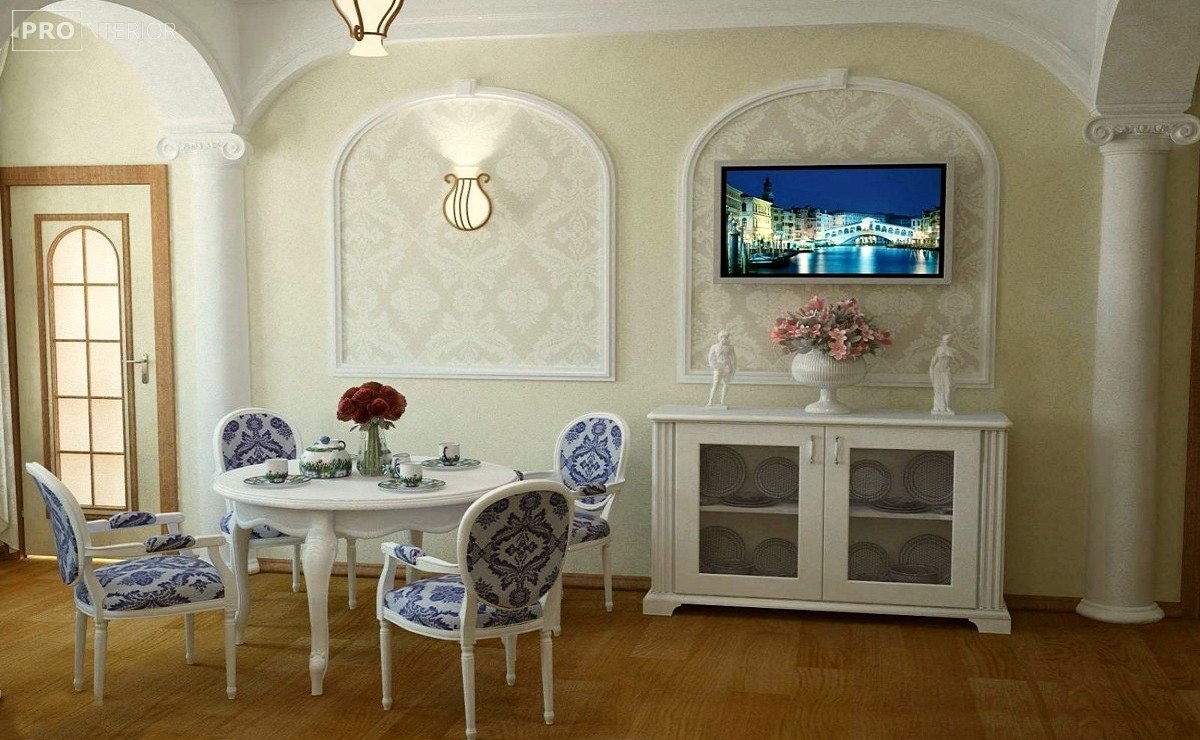