Steampunk. Steampunk style appeared in the 60s-80s of the twentieth century. Its ideological founders were fans of the idea of an alternative development of history, namely the possibility of the existence of a world in which the development of technology stopped with the invention of the steam engine.

Steampunk style appeared based on the novels of writers Jules Verne and H. G. wells. They were the inspiration for a whole generation of designers who developed the idea of a world in which technological progress went the way of improving steam engines. Therefore, the style received its second, unofficial name-paropank, which peaked in popularity in the 60s – 80s of the last century. 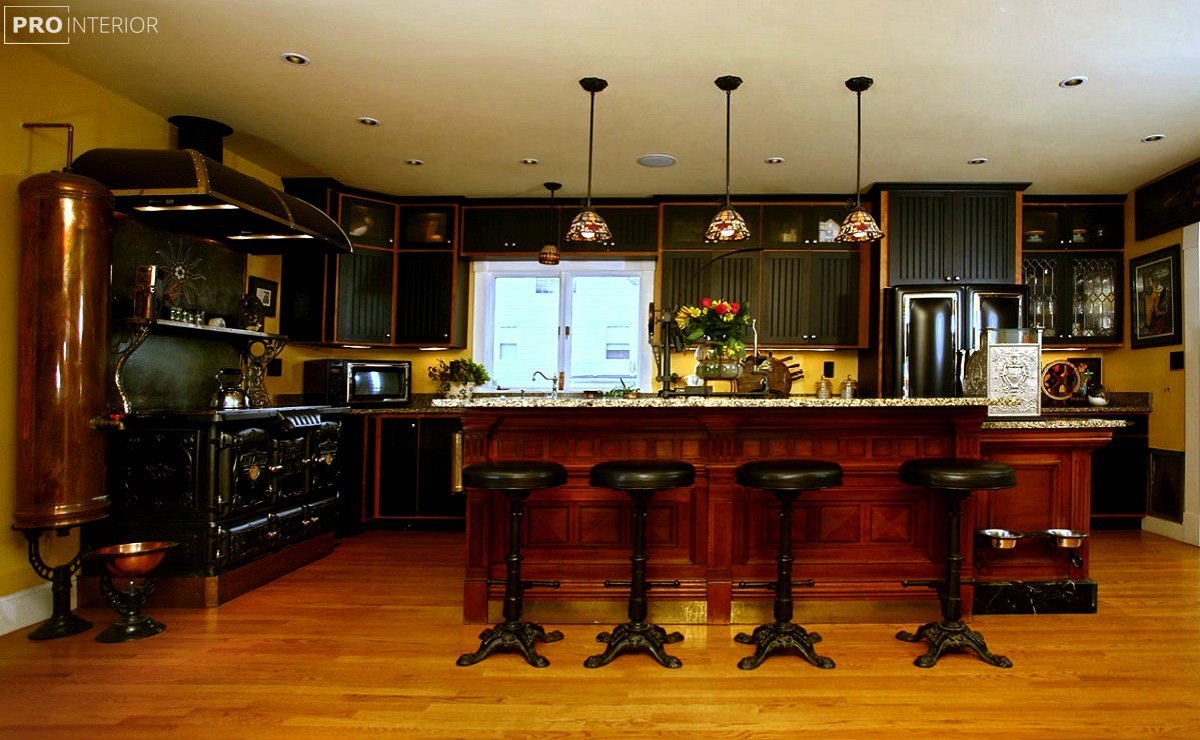 Colors in the interior

Since the steampunk interior is based on the development of steam engines, the style itself is primarily associated with the Victorian era, when mankind first used a steam engine in everyday life. The classic color scheme for steampunk is a combination of brown, orange, yellow, milk and other warm shades. Many details are decorated with copper or brass, so the color metallic is also indispensable in the interior. 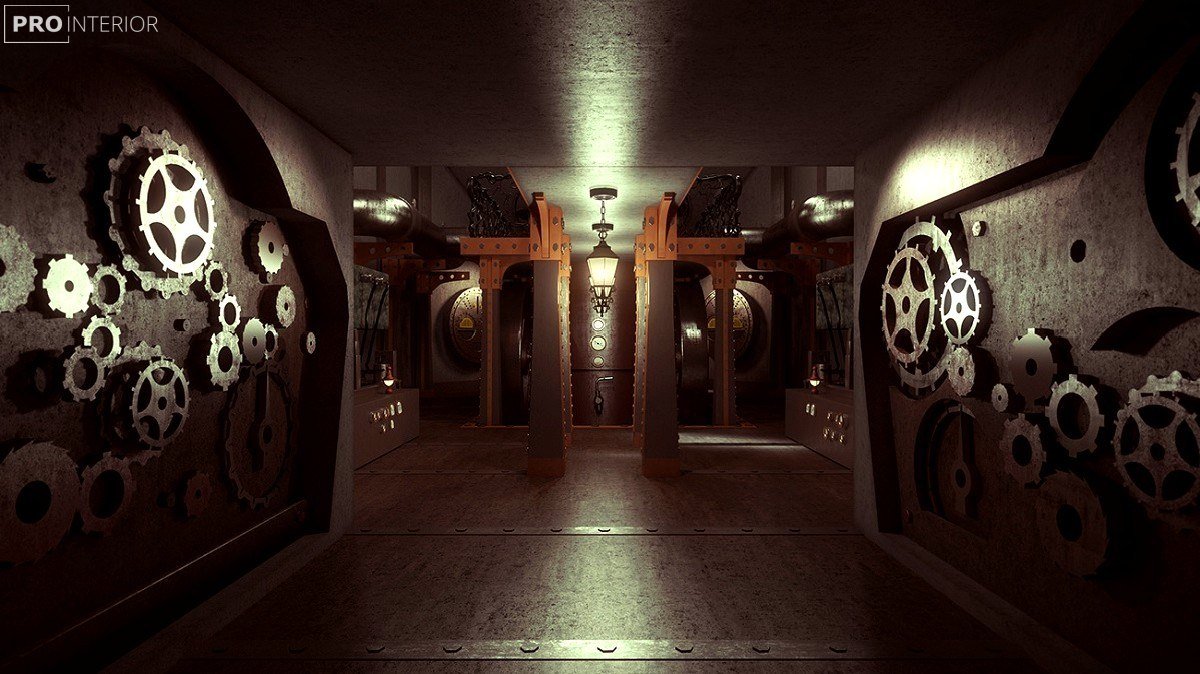 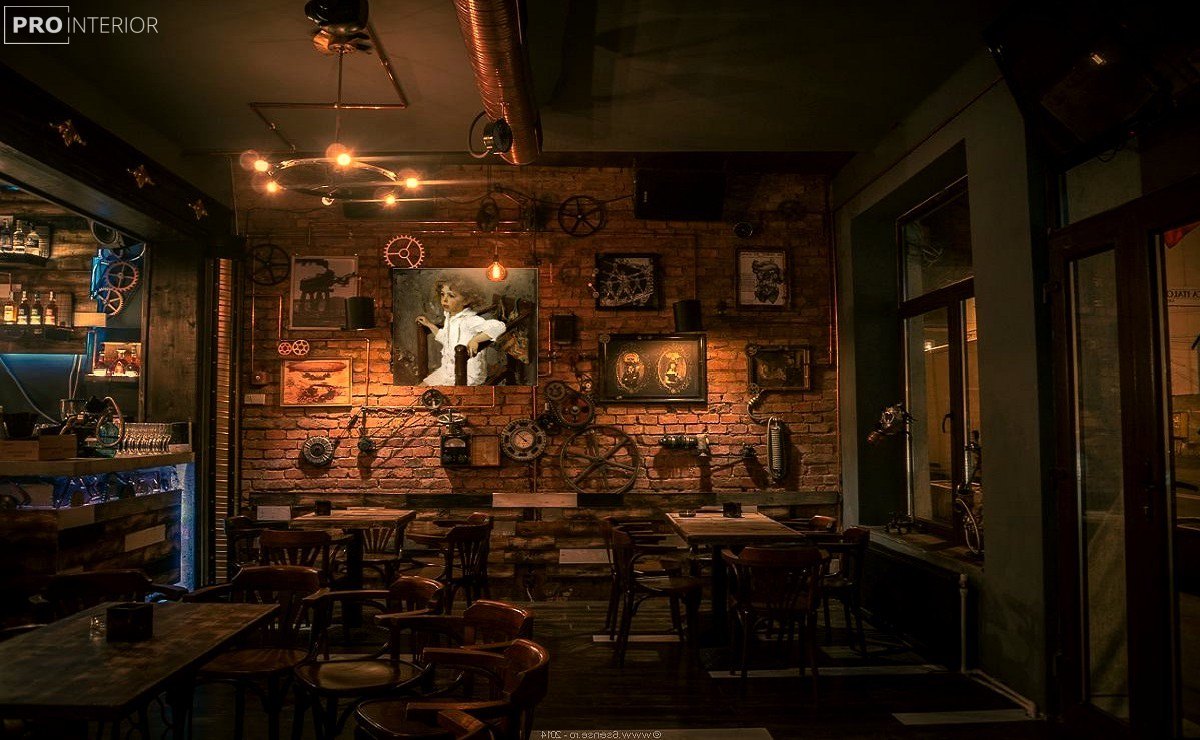 Steampunk walls are a lot of details: gears and mechanisms that are used as decorative elements, both in the form of small objects and collages in the entire wall. For example, an entire wall can be covered with metal, imitating the interior of a locomotive or submarine. In this case, free surfaces can be simply painted or pasted with plain Wallpaper. In General, natural materials are preferred in finishing: wood, metal, and stone. So for the ceiling and floor, wood is often used, which, to obtain the desired shade, is opened with varnish. 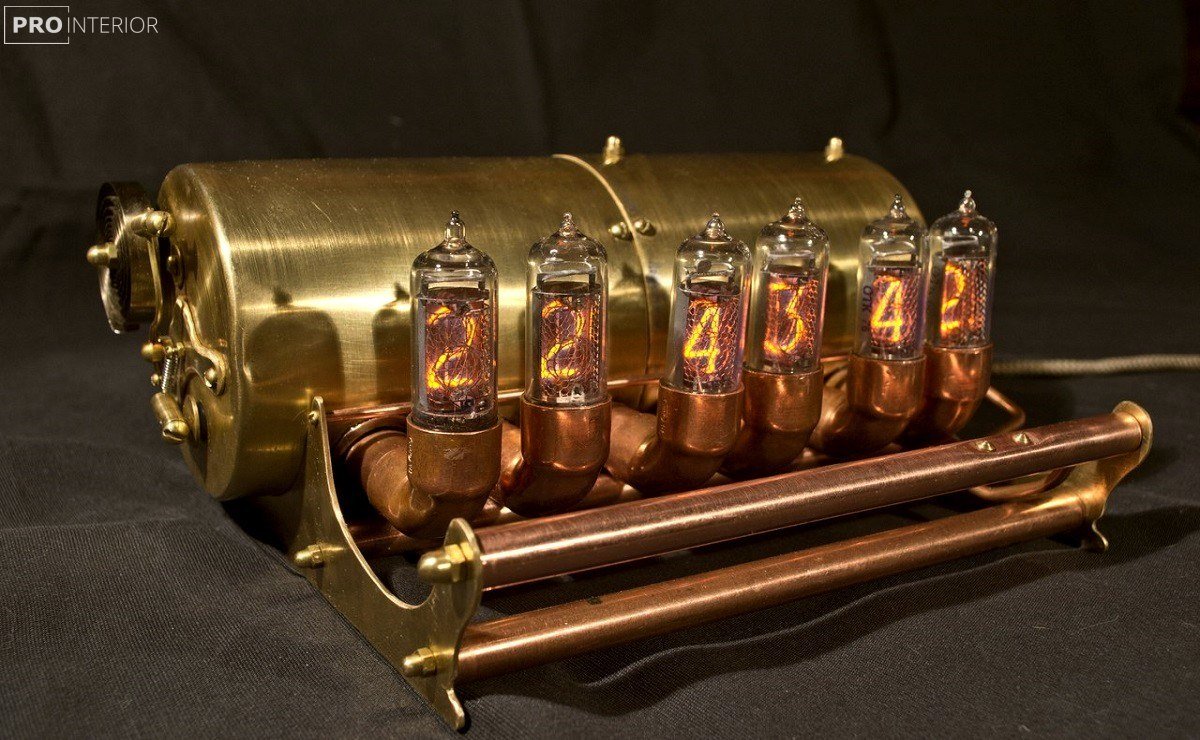 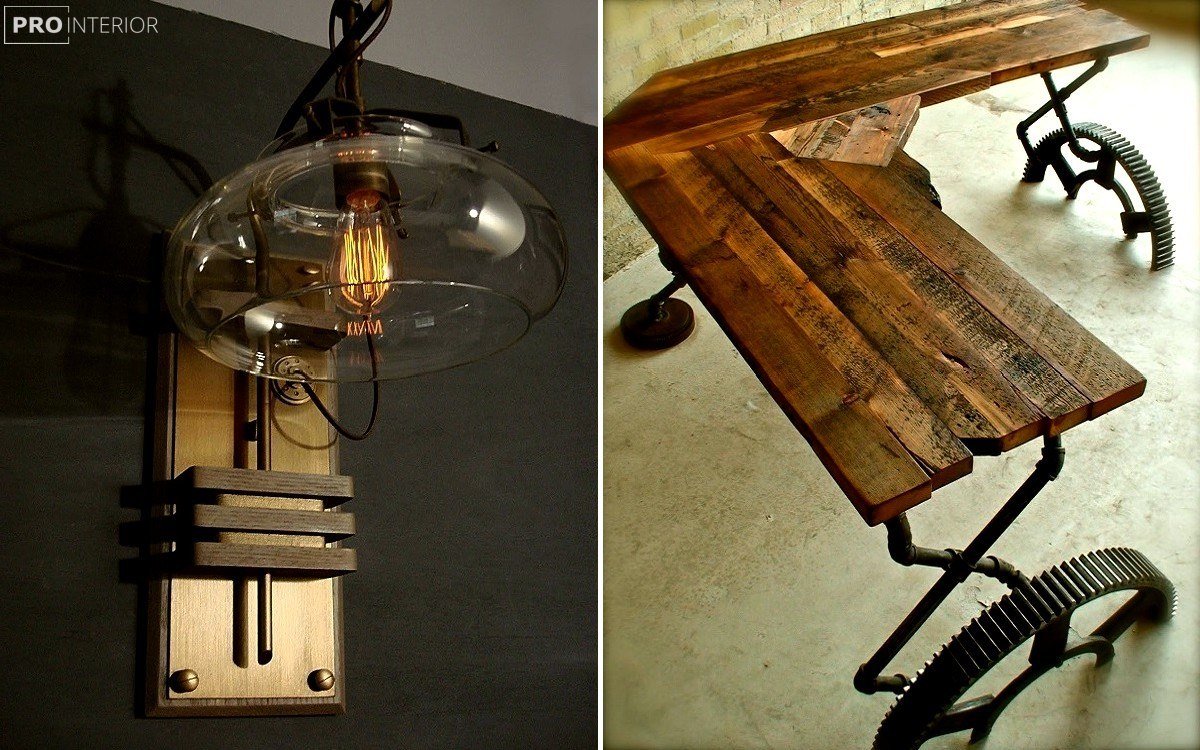 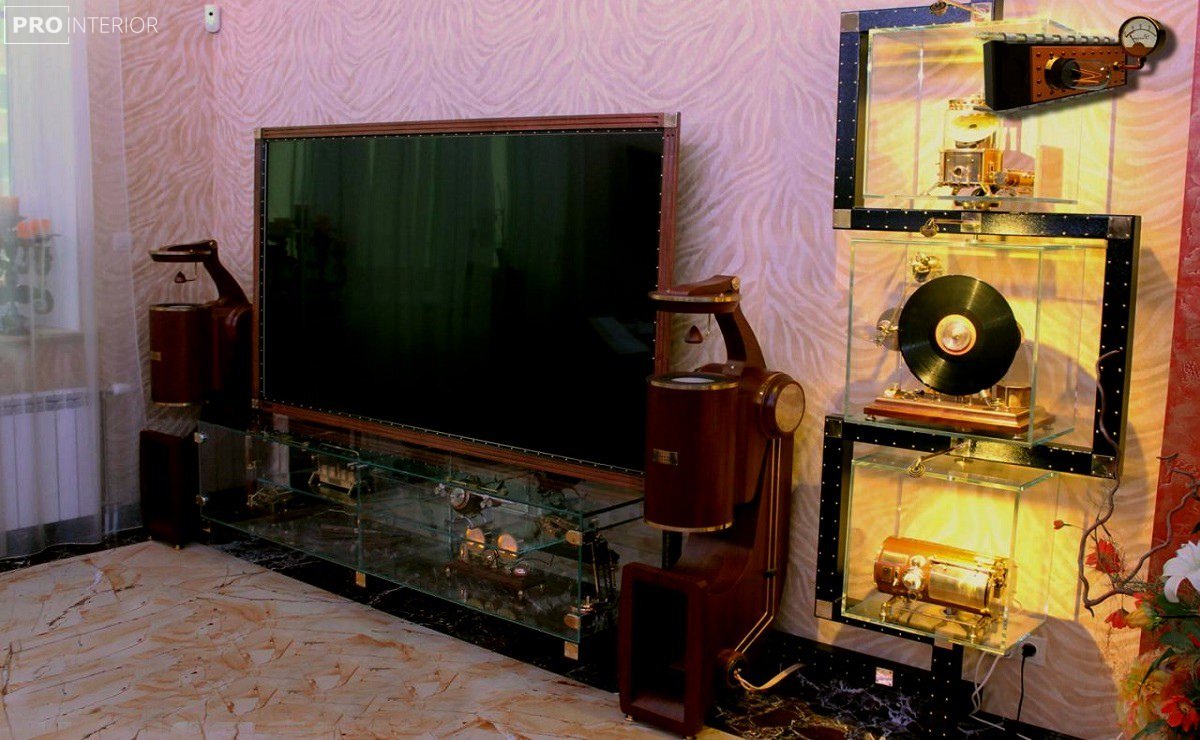 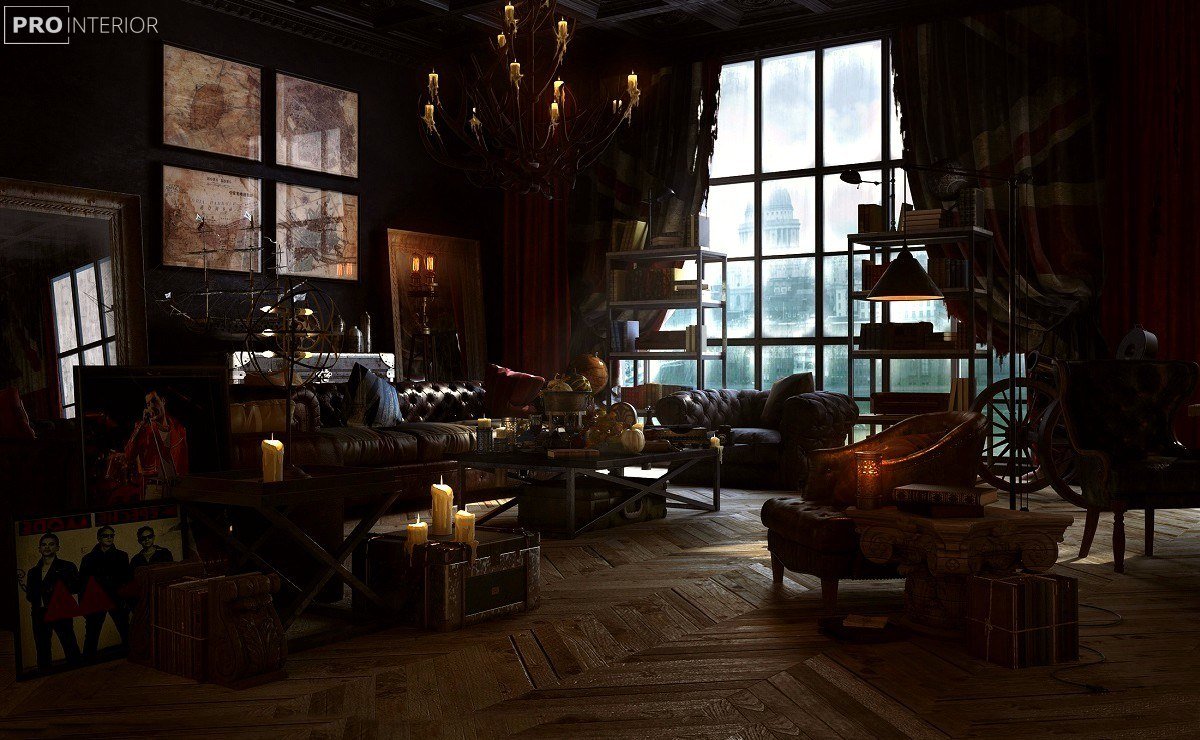 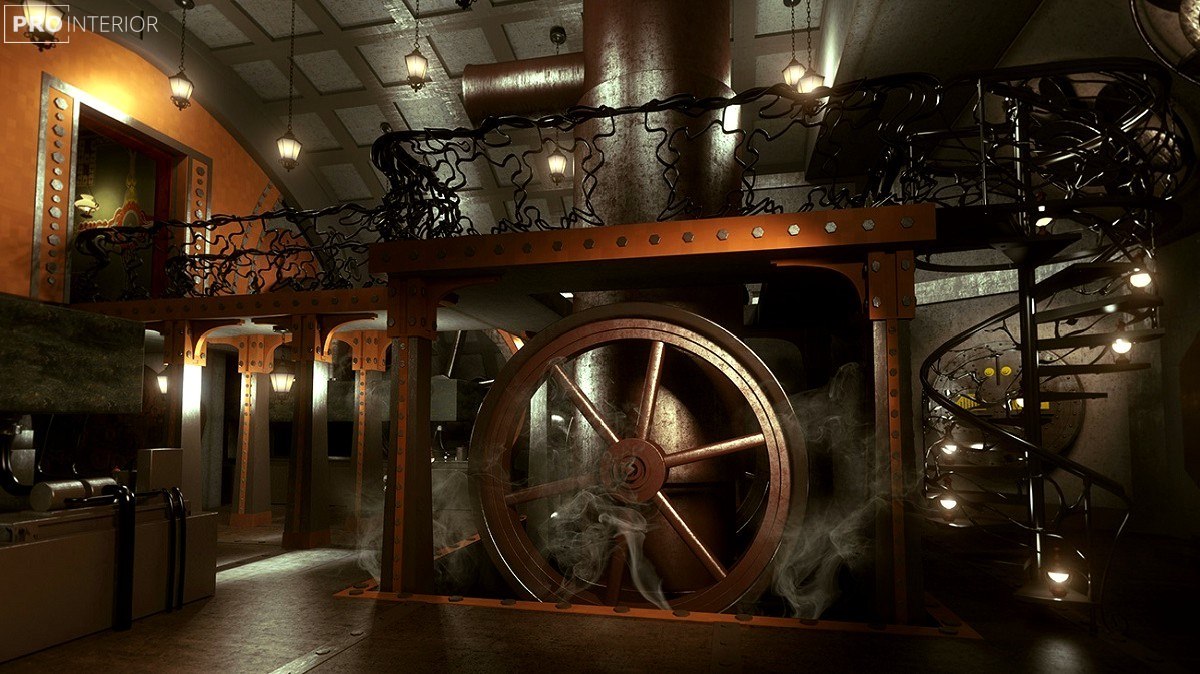 Steampunk furniture can be divided into two main categories: one that mimics the style of the Victorian era and one that can be more attributed to futurism. At the same time, furniture items belonging to the first category are often massive, made of wood or metal. As for the futuristic direction of steampunk, there is a minimum of furniture, most of it, such as racks, shelves and wardrobes are replaced by structures made of metal pipes. 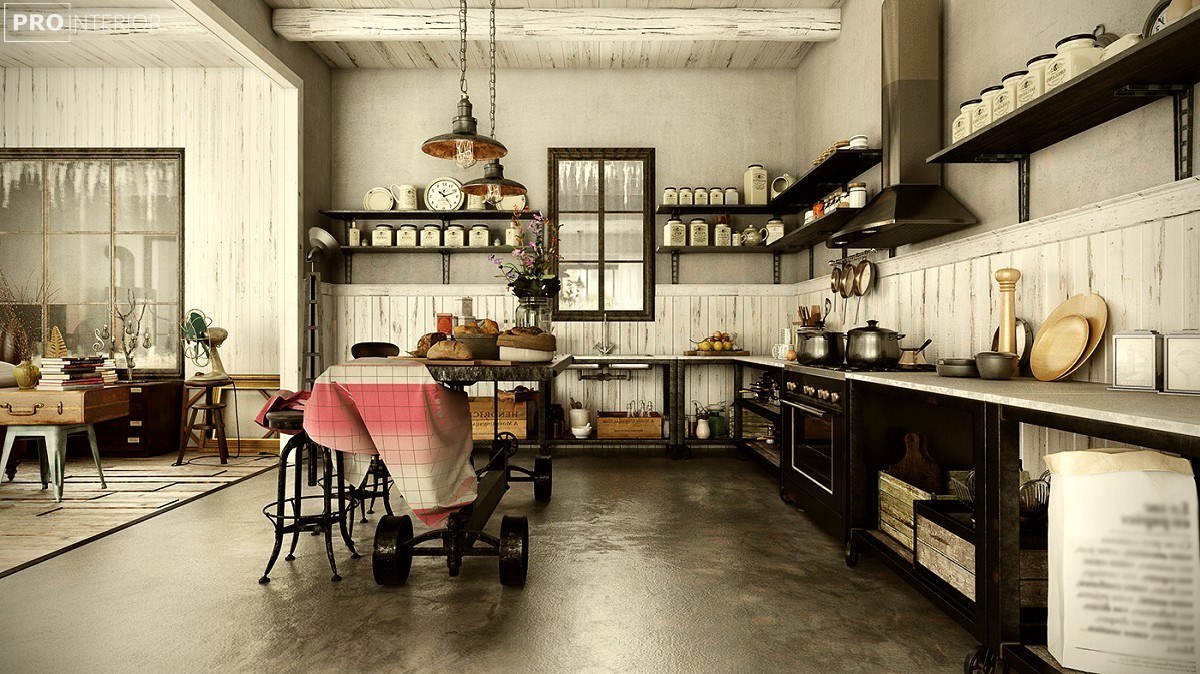 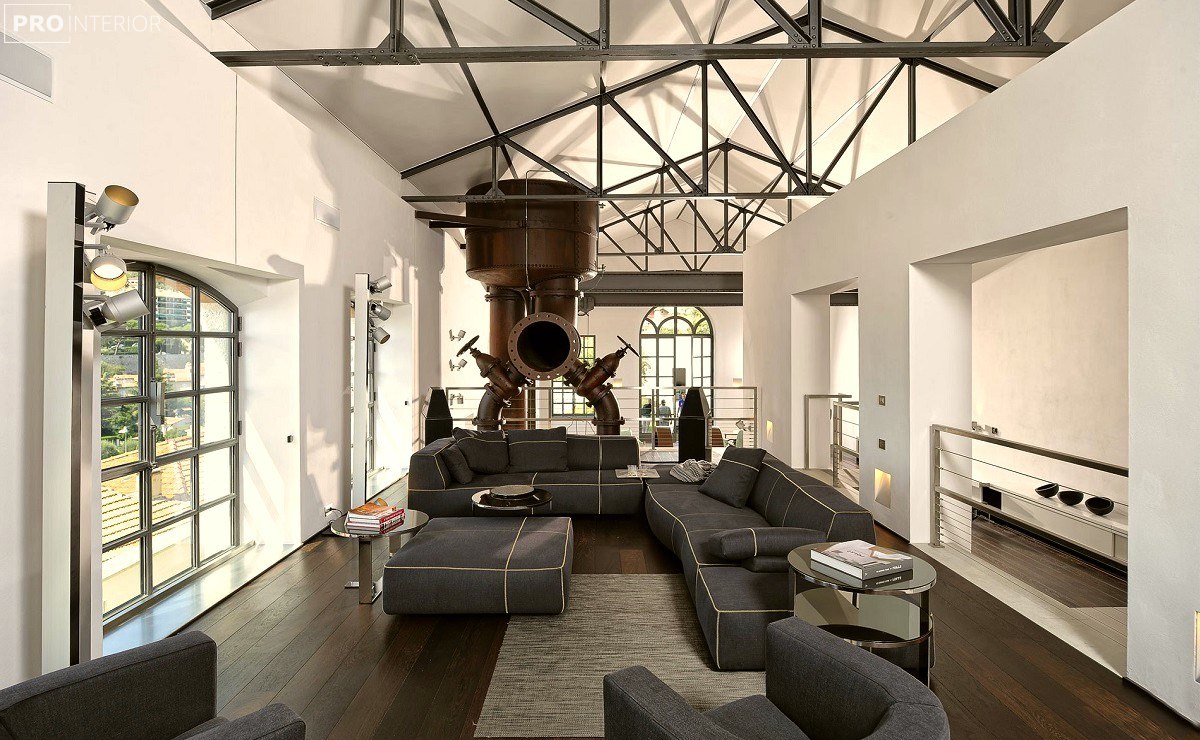 They say that the steampunk interior can be confused with a Museum hall. In part, this statement is not unreasonable, because the decor is often used items that were in use in the distant past. This can be a typewriter, an old landline phone, or a gramophone. Everything related to mechanics can be used as decorative elements: from small nuts and gears, to large drawn diagrams of various mechanisms that are hung on the walls as posters. 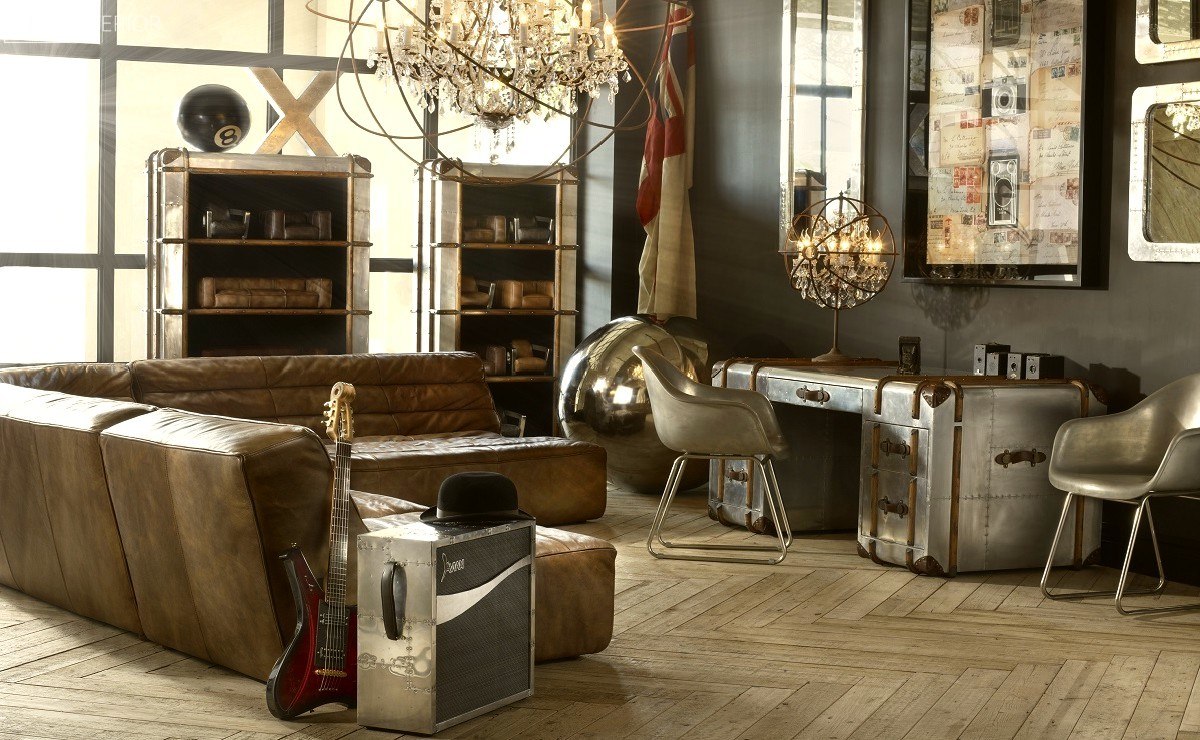 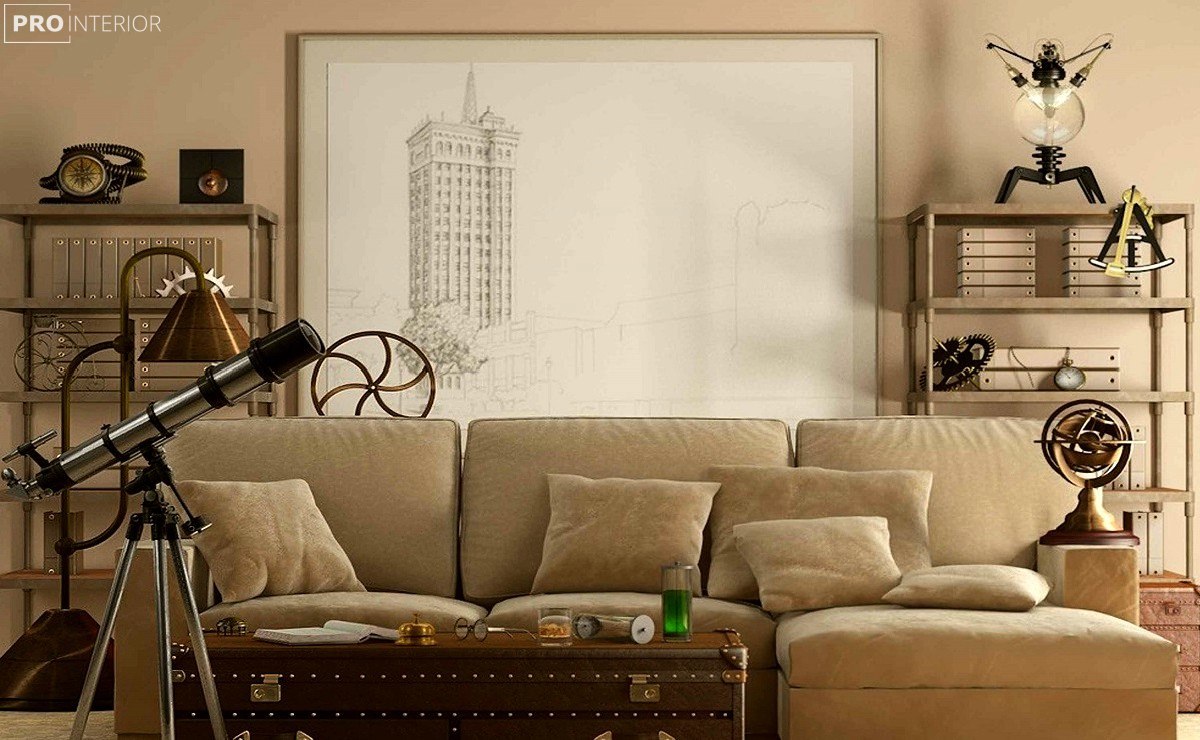 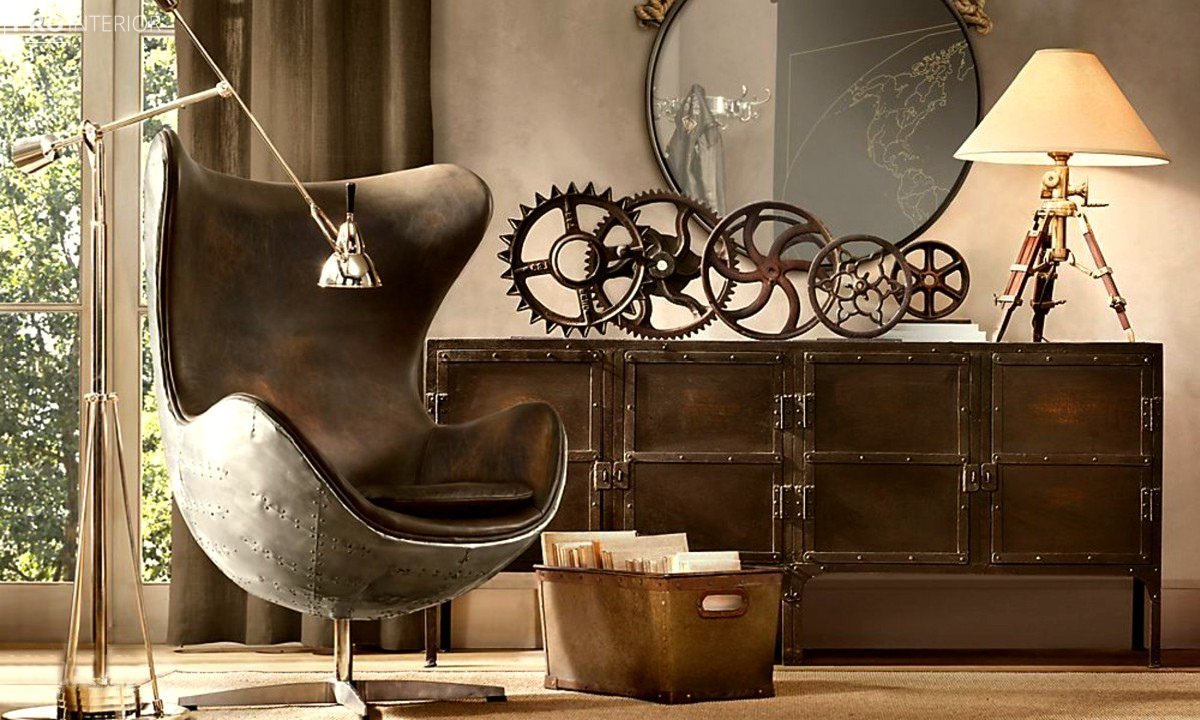 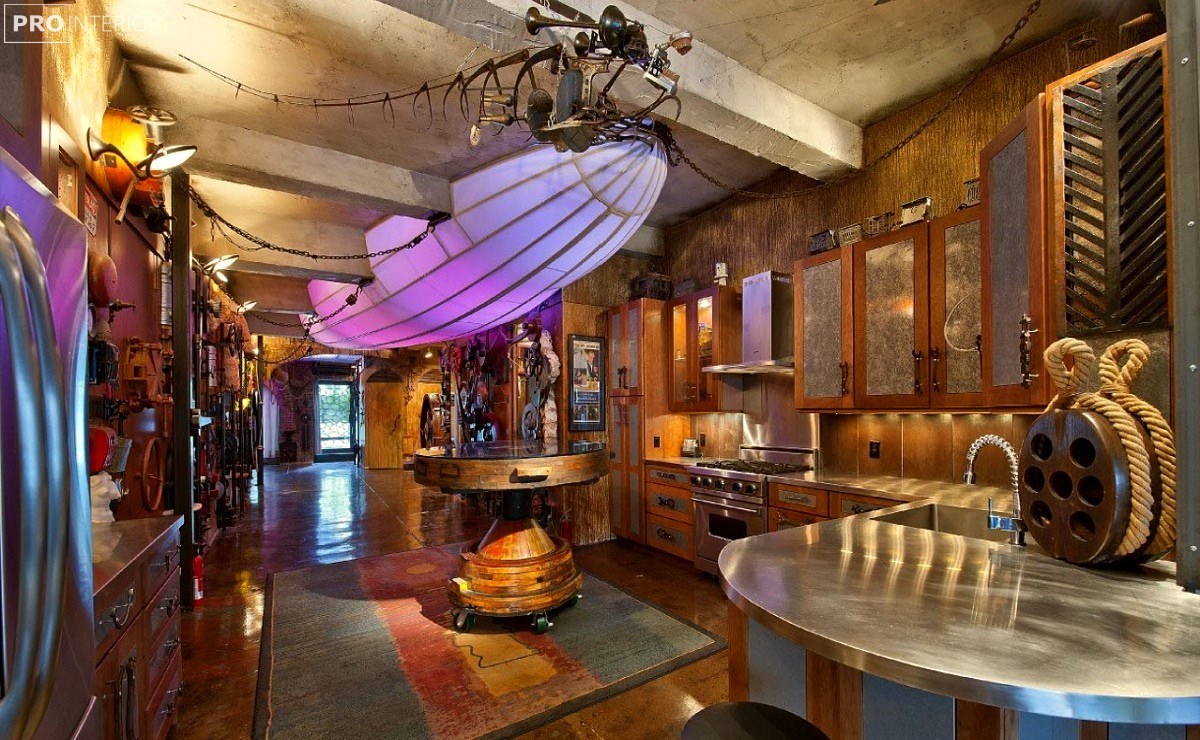 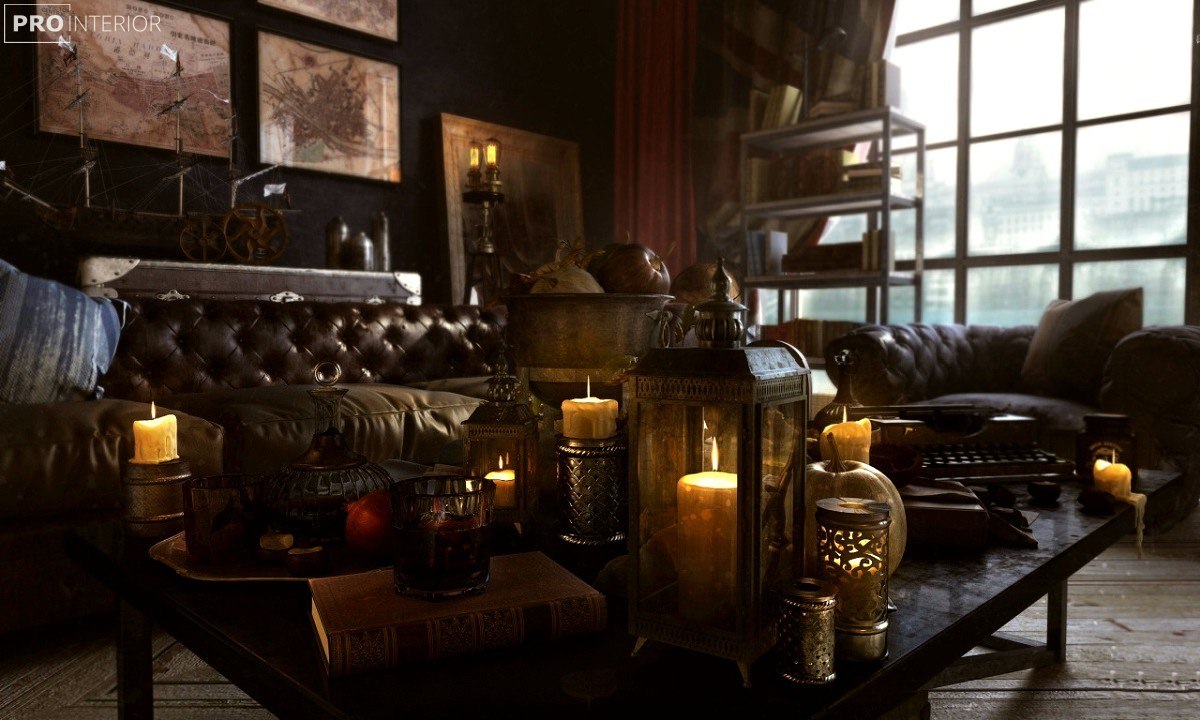 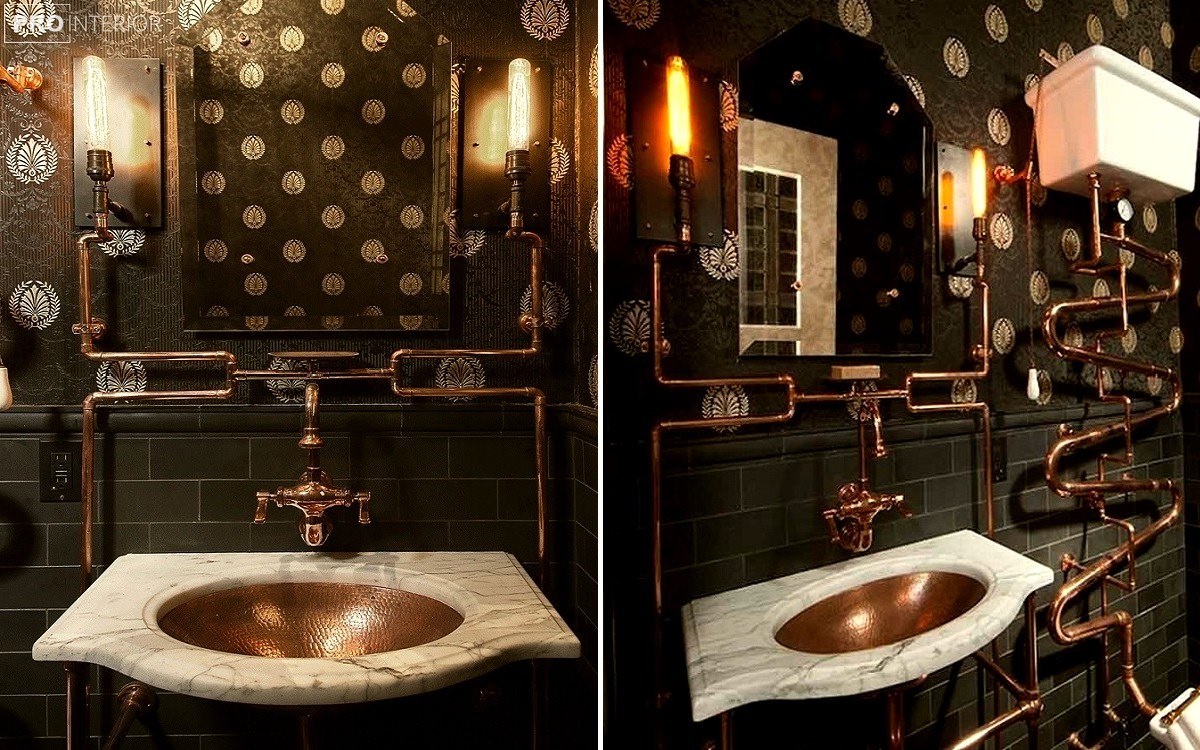 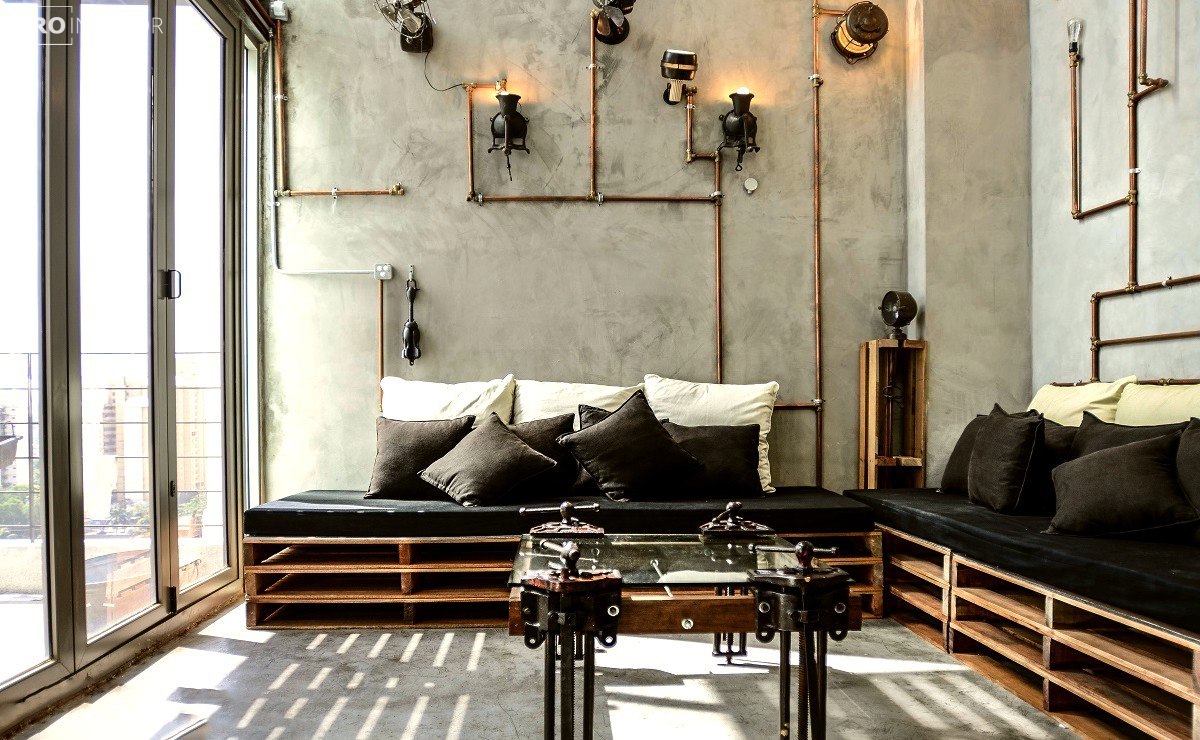 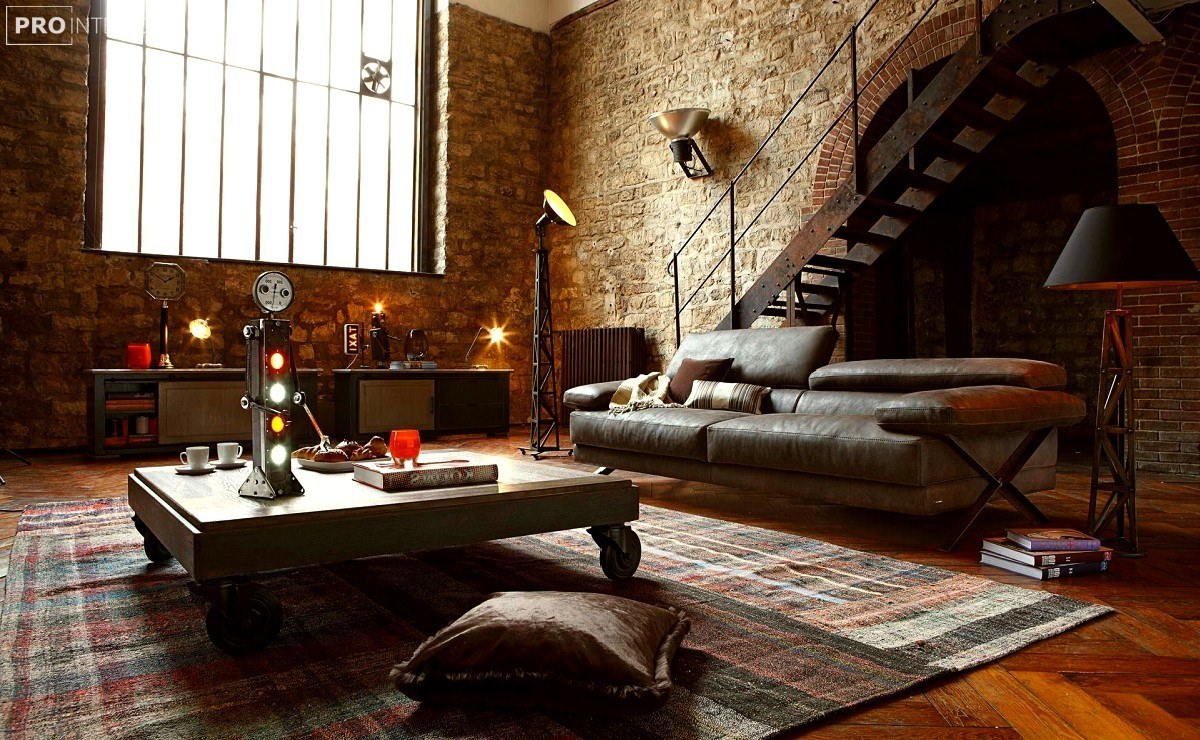 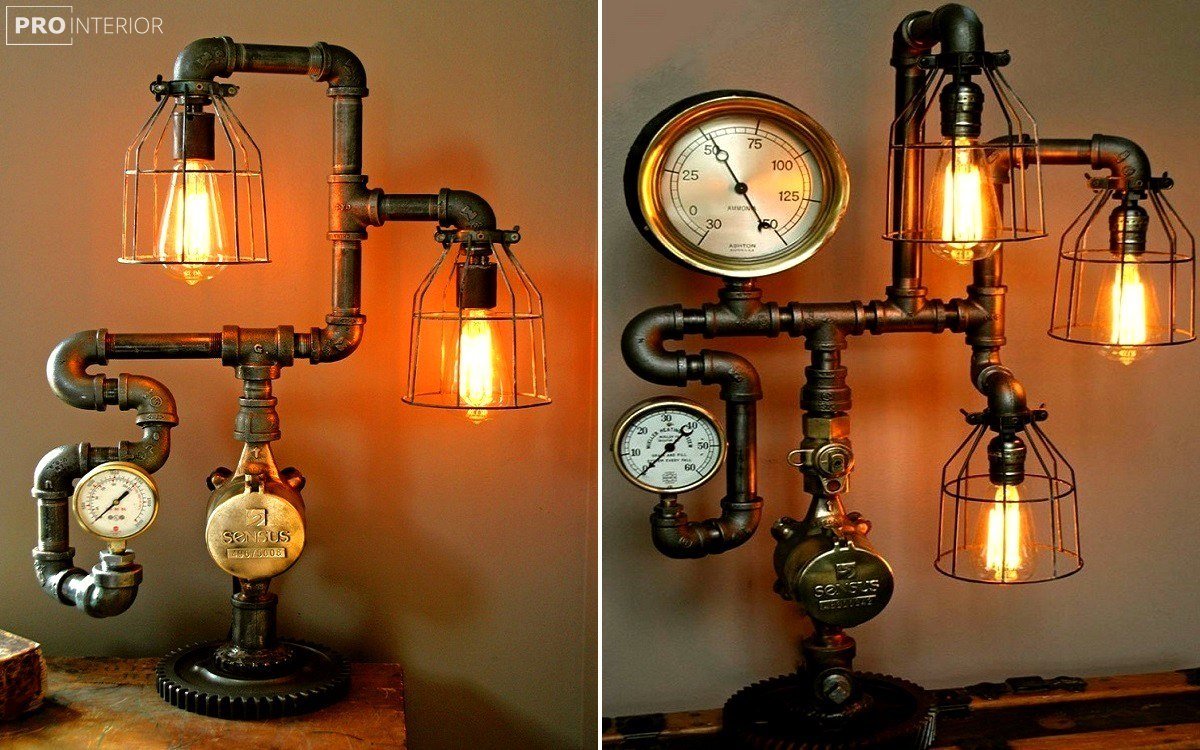 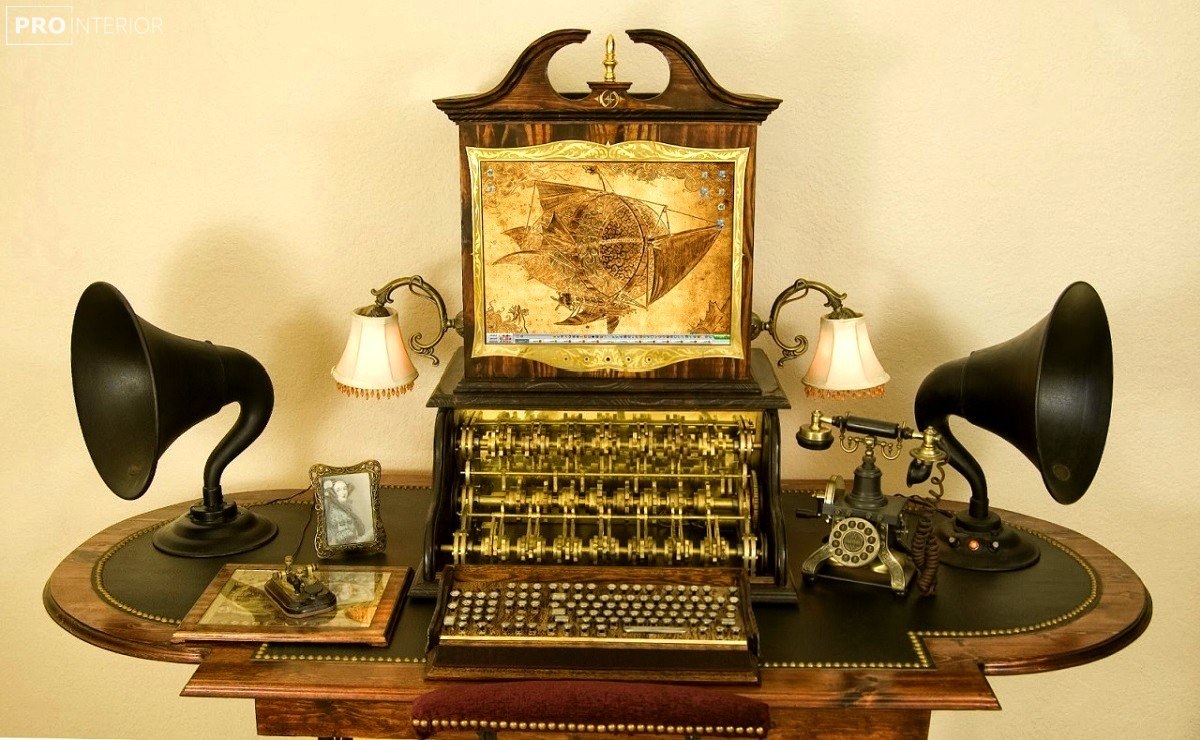 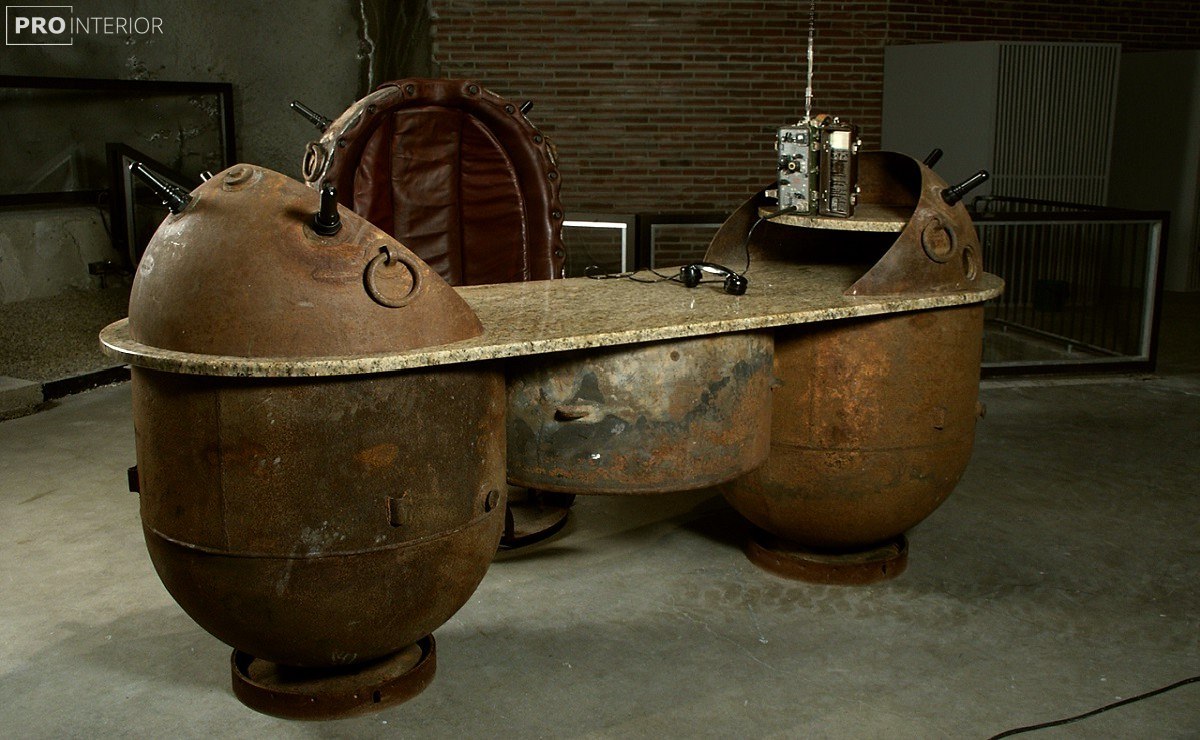 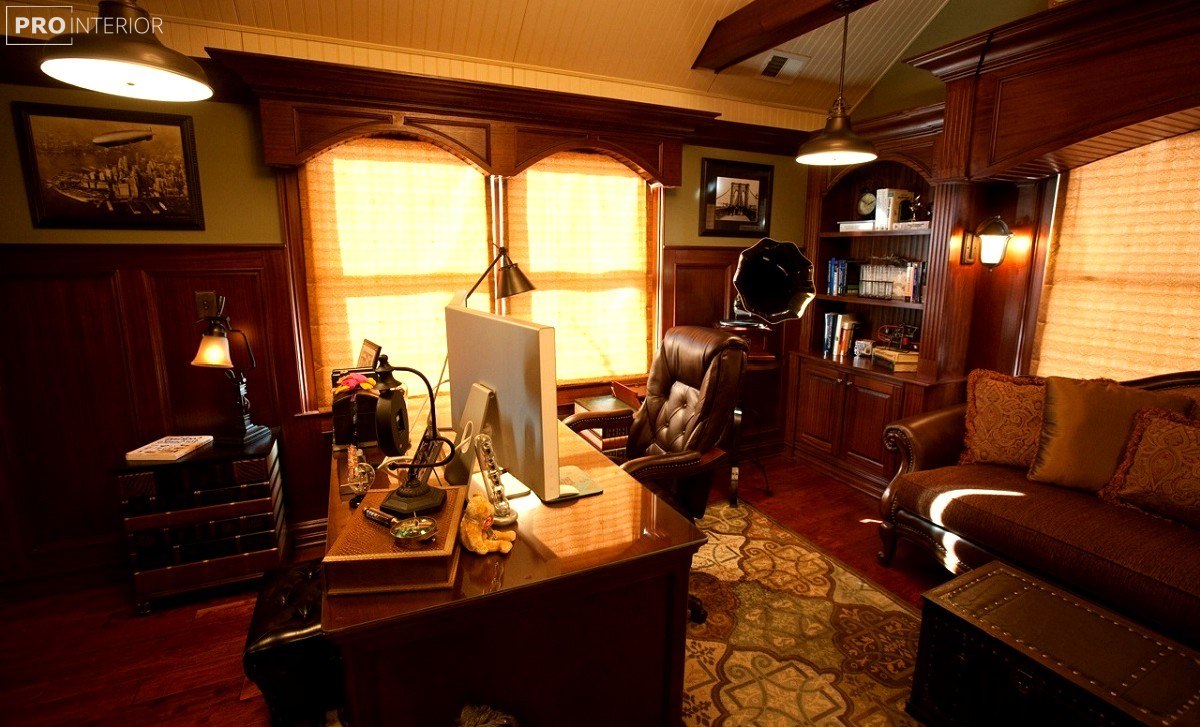