Despite the huge variety of interior styles in our time, the Russian style still managed to be preserved, although not in all its manifestations. Let’s look at some of them: 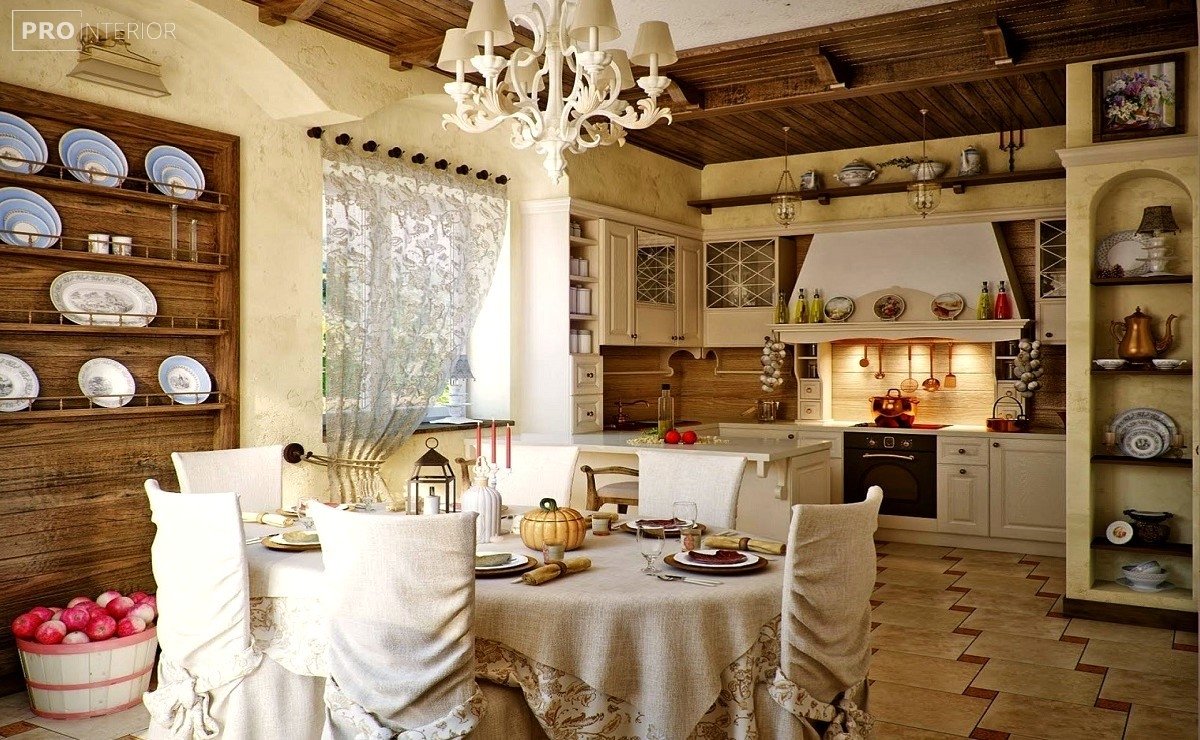 – “A La Russe” is the leading of 3 styles, since due to the ethnic details that can be traced in each of its manifestations, it was repeatedly “exported”. Although most of them appeared in the XIX century and reached the peak of development only in Soviet times. It is characterized by paintings in the Gzhel and Khokhloma style, samovars, painted spinning wheels, bast shoes, and nesting dolls. Although designers are trying to eradicate this boring style, but its popularity will not soon come to naught. 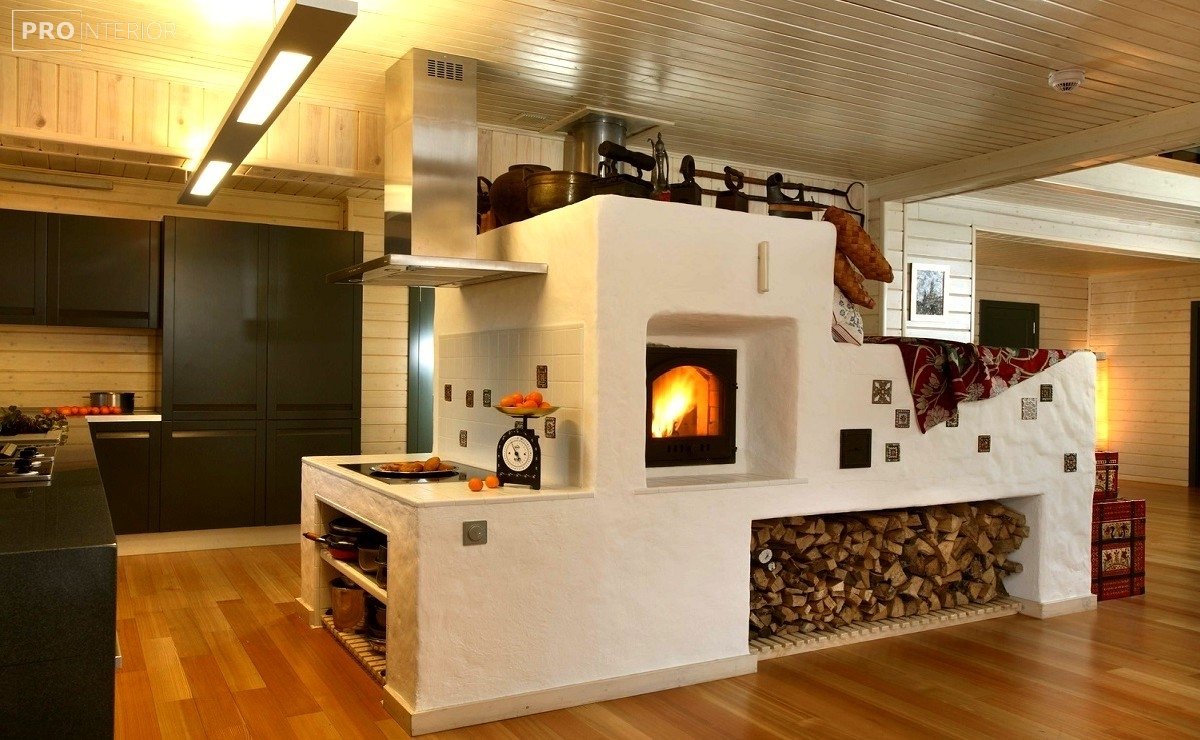 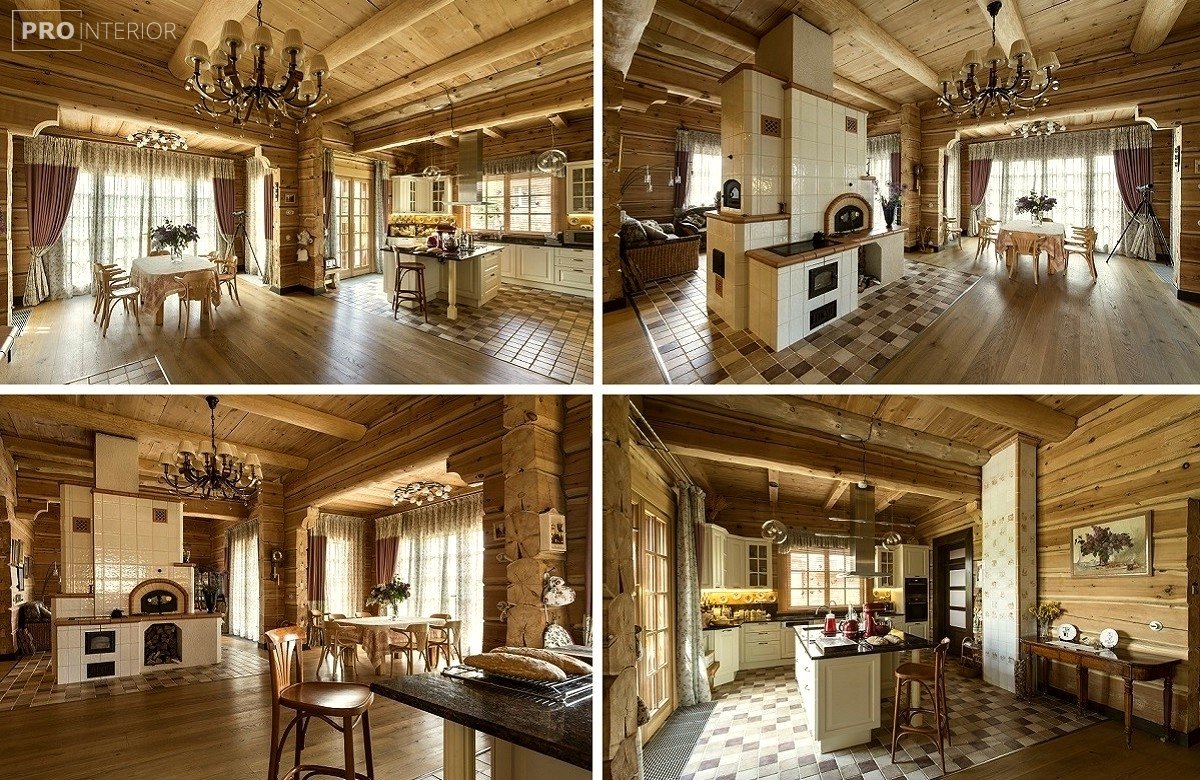 – “Russian hut” – its simplicity and lack of unnecessary and ill-conceived details reminiscent of the Scandinavian style of the interior. Every item in a Russian hut has its own place and purpose. At first glance, it is quite simple, but when you carefully study it, you realize that it was formed over the centuries, passed from generation to generation, it is seen as a connection with the forces of nature, which it is permeated very deeply. 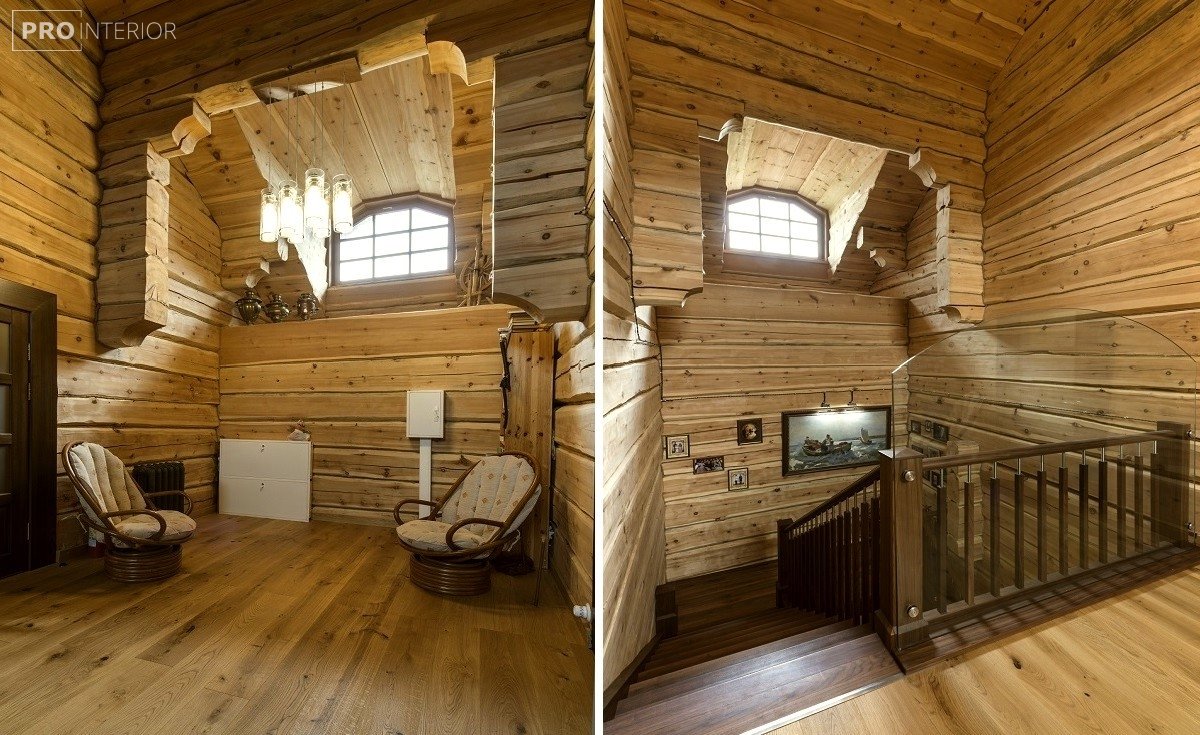 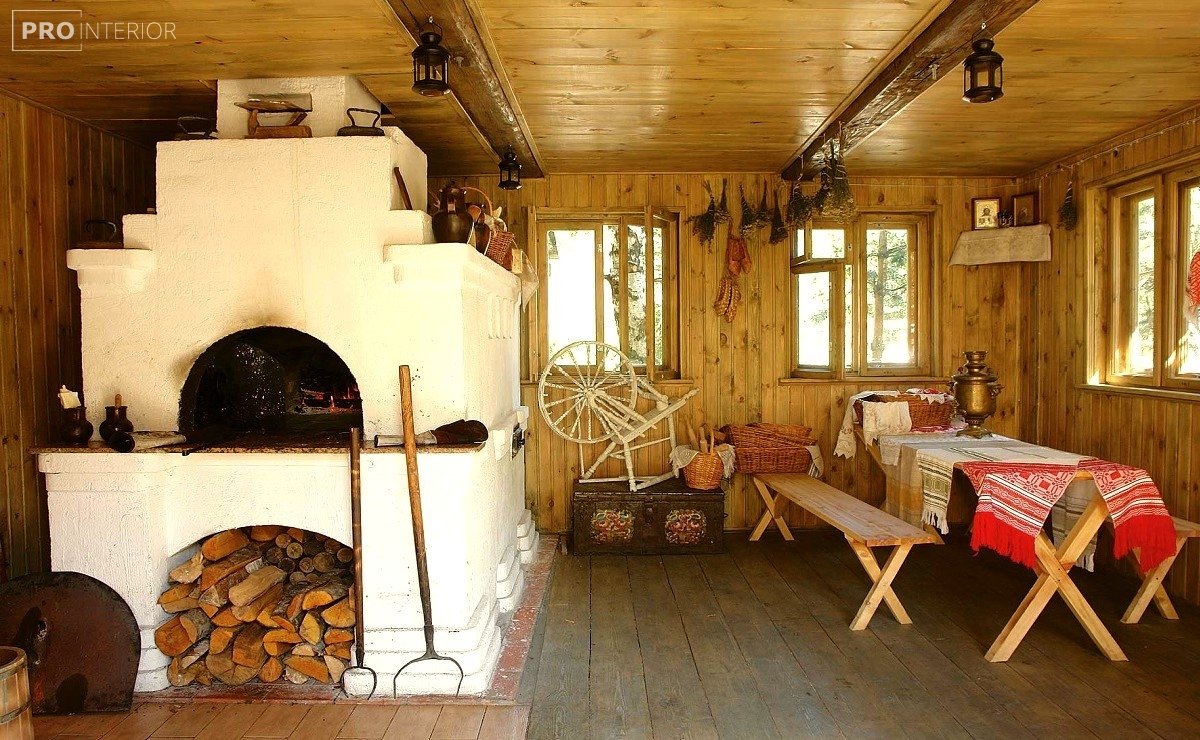 – “Terem” – looks very much like a fairy-tale home. Rich painting, artful carving on wood or stone-that’s what distinguishes this style of interior. But this somewhat pretentious style has a cultural and historical heritage, because it guided the masters in the construction of princely and merchant houses, which by their appearance demonstrated their position and status in society. The layout of the tower is vaguely reminiscent of a Russian hut, but differs due to the artful painting and carving. 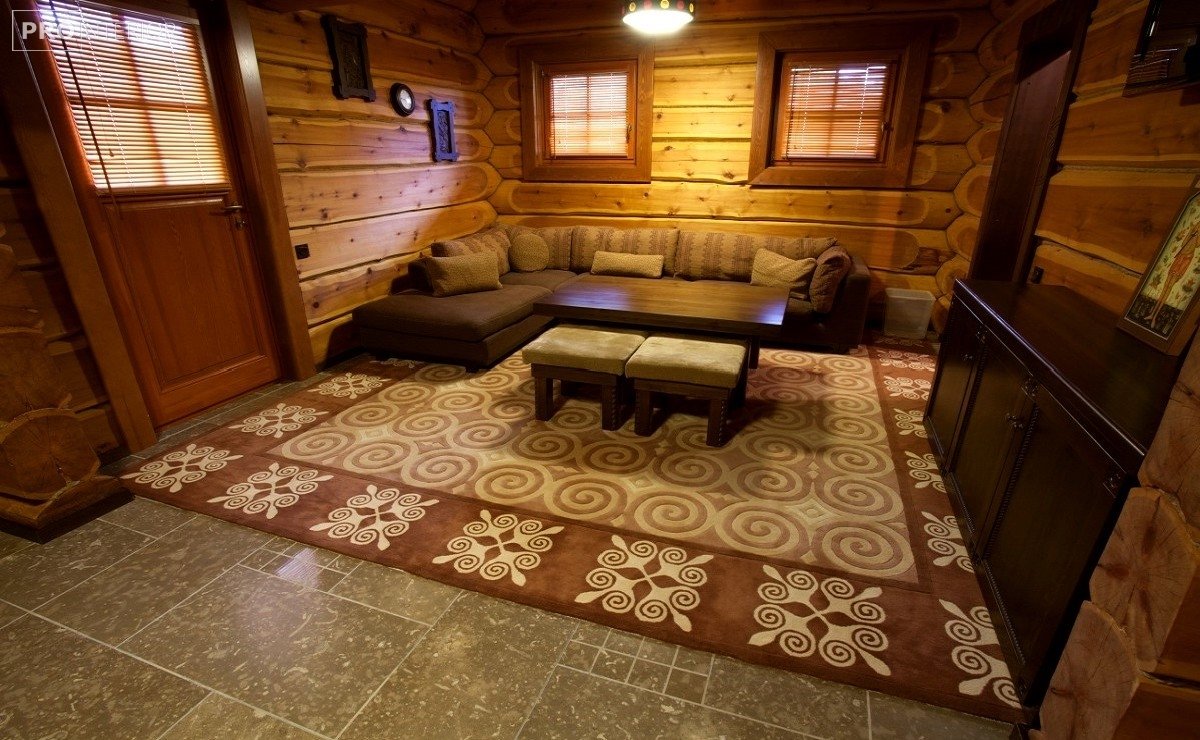 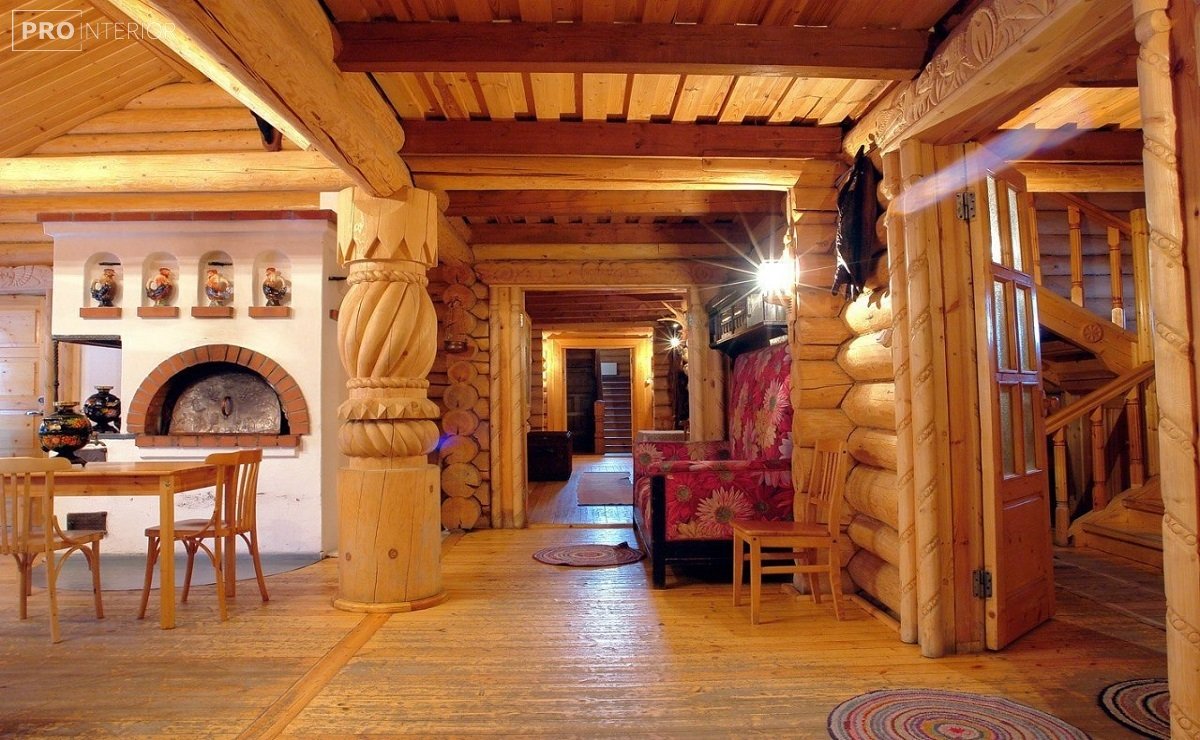 But this is only in theory, but in practice it turns out to be just a prop and a colorful “a La Russe”that hurts your eyes. When building huts, logs made of lacquered pine are used from Canada, which in itself looks like a mockery of the canons of the Russian interior style. Western designers have no particular difficulty creating things with a touch of Russian style, which are perceived as a tribute to our ethnic group, and not as an example of direct and undisguised mockery, which sometimes these things are. 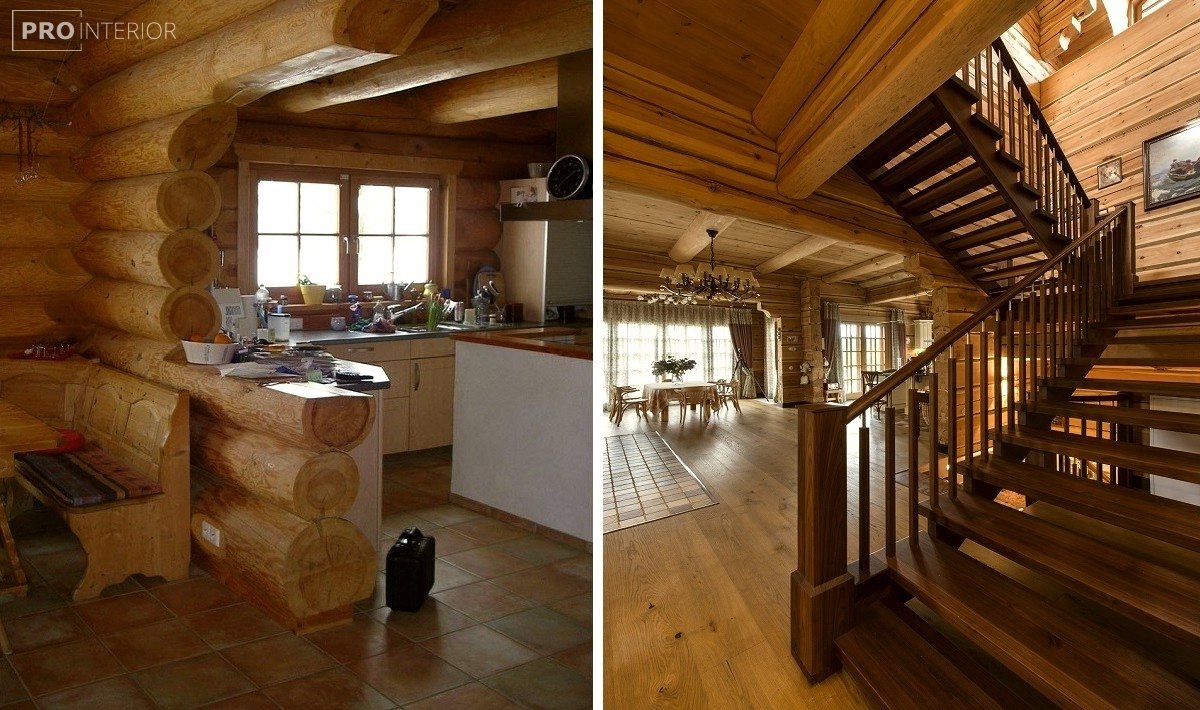 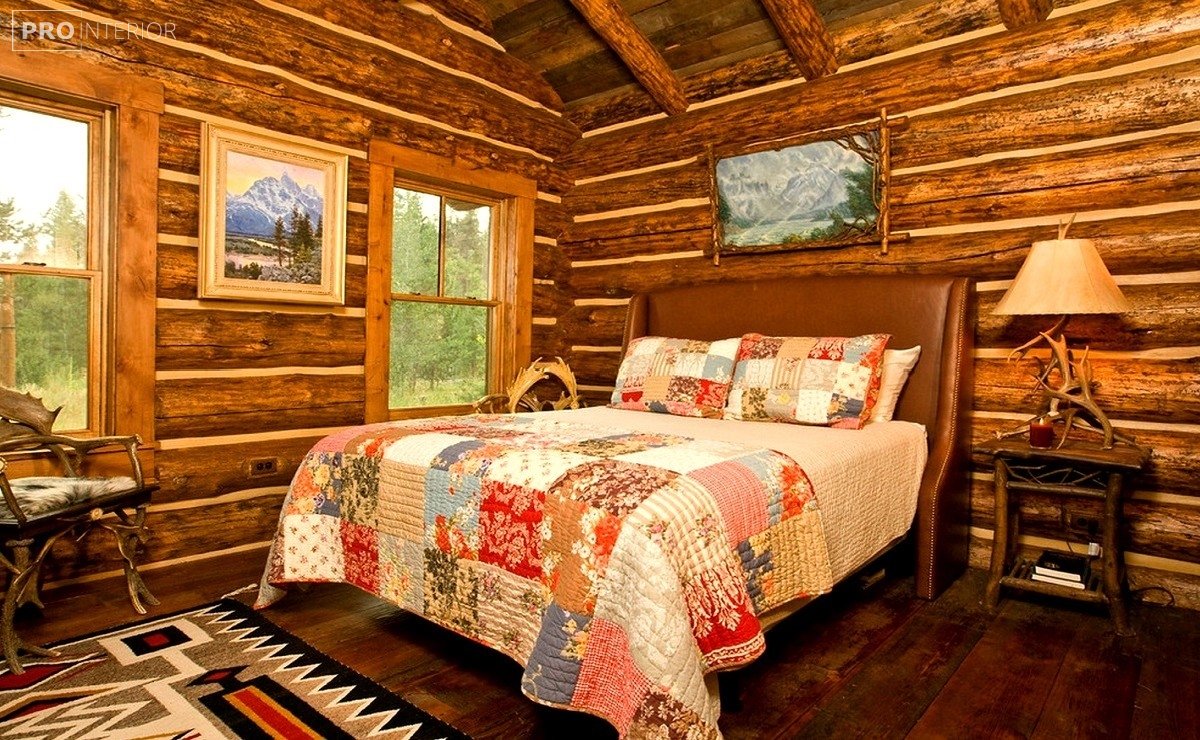 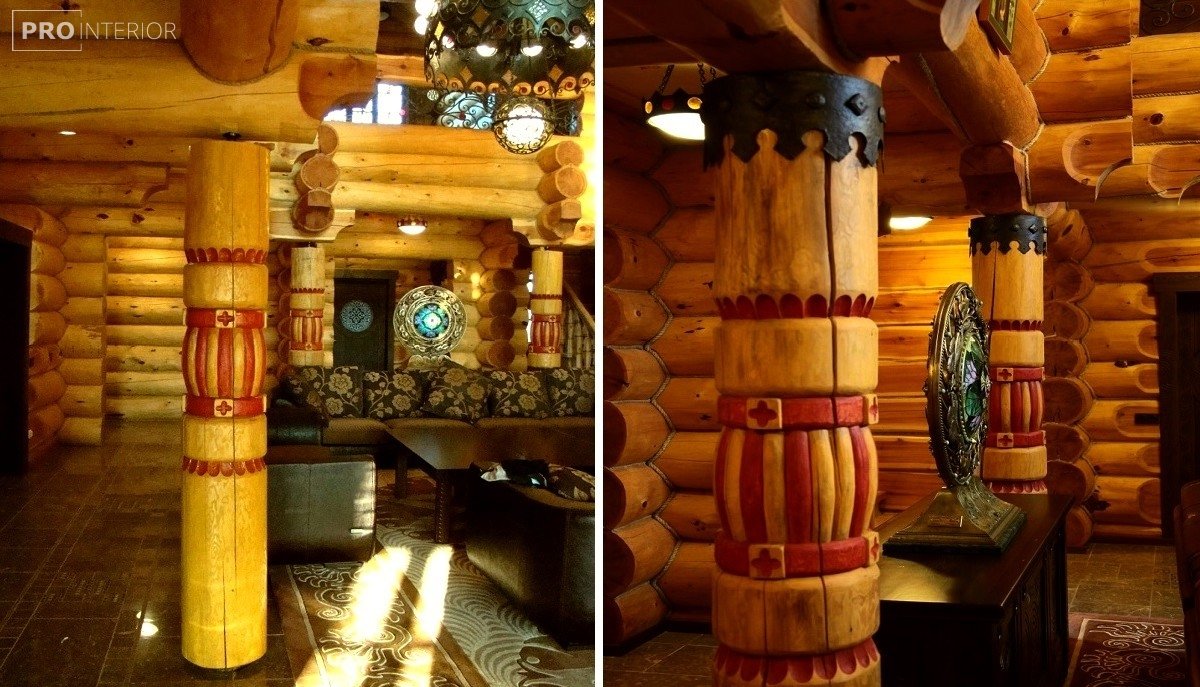 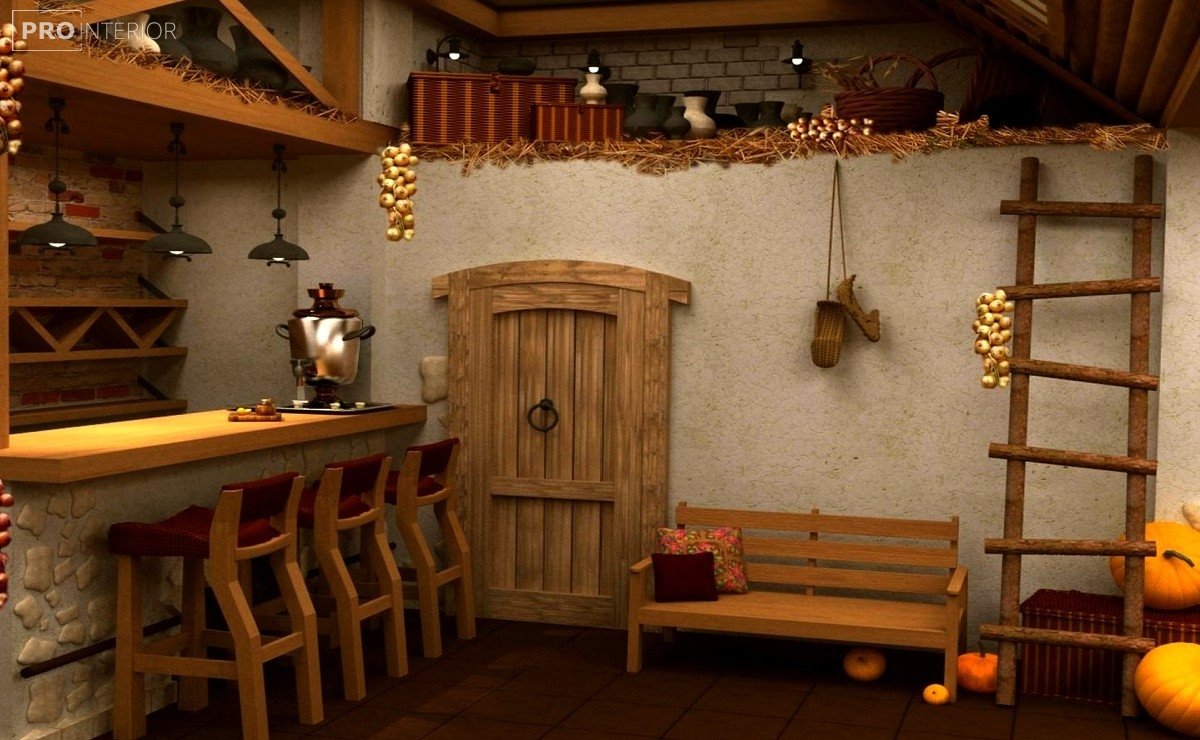 Most European styles were formed over the years, based on traditions that pass from generation to generation. For example, the British have a habit of collecting old things and collecting, this extravagance accompanies them for hundreds of years, so the basis of any interior in the English style is the presence of antique, and sometimes going to a full collection of interior items. Russian Russian style is not a set of century-old features of architecture or the identity of Russian customs, but rather new-found echoes of the mentality that has formed over the past decades. 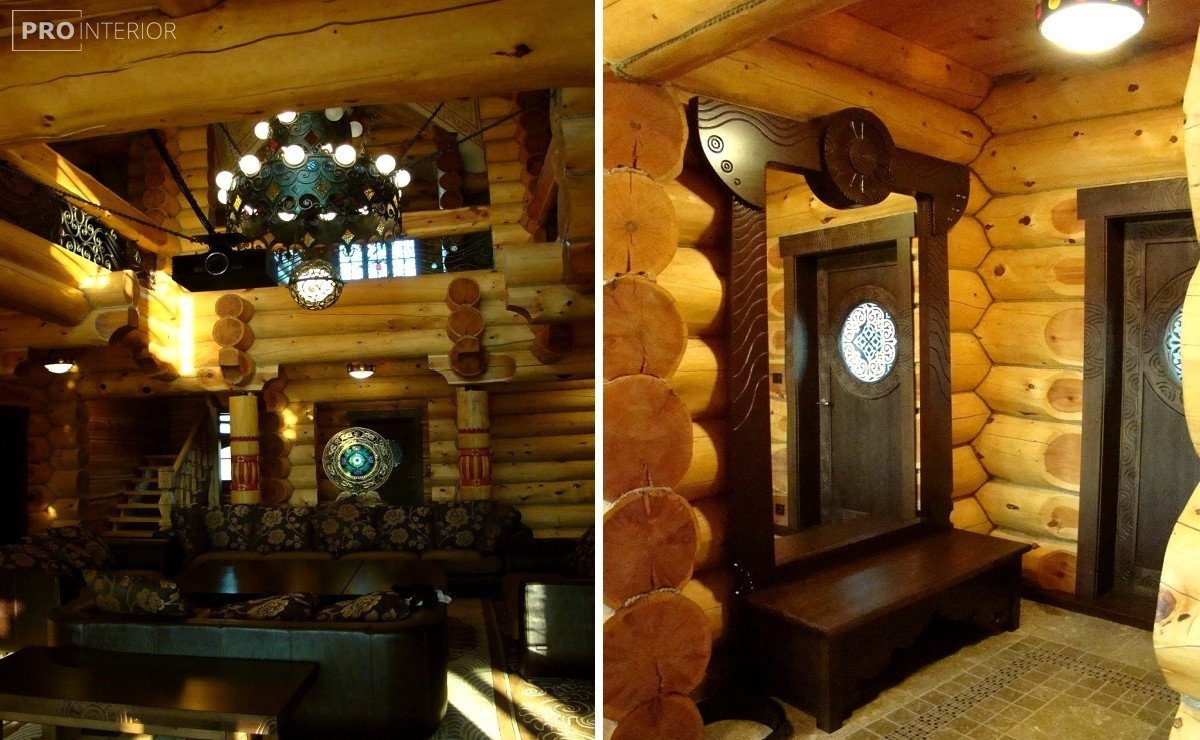 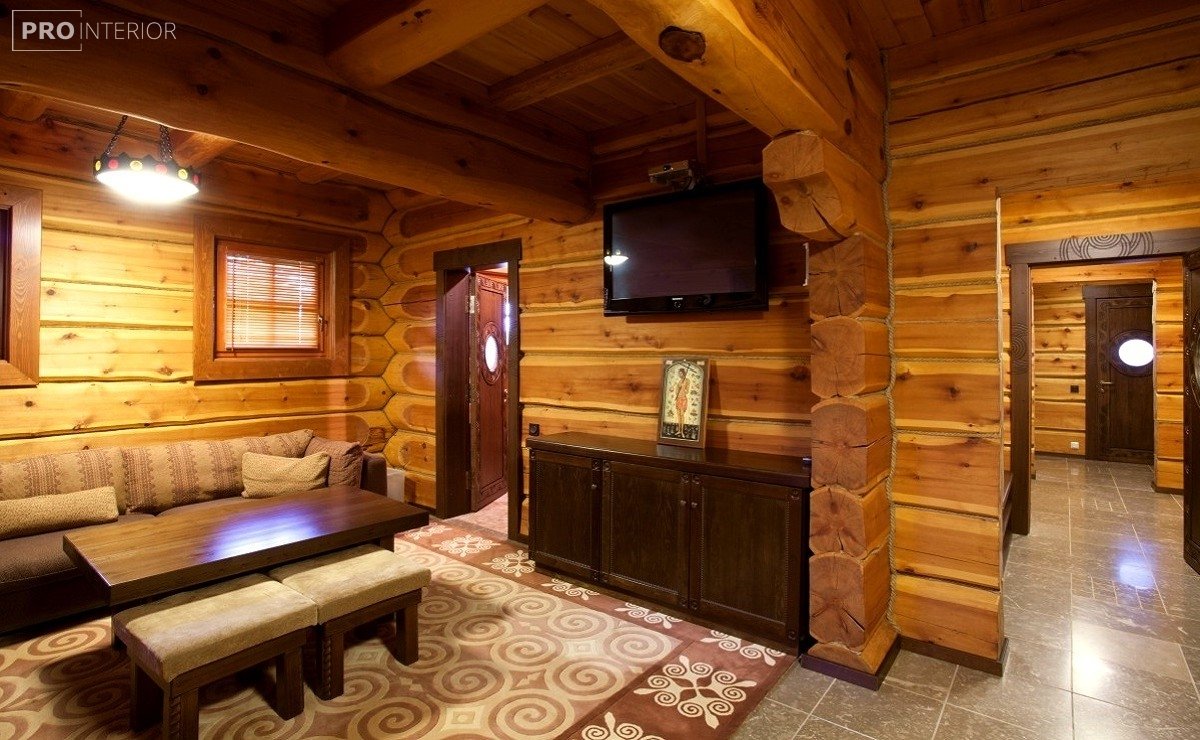 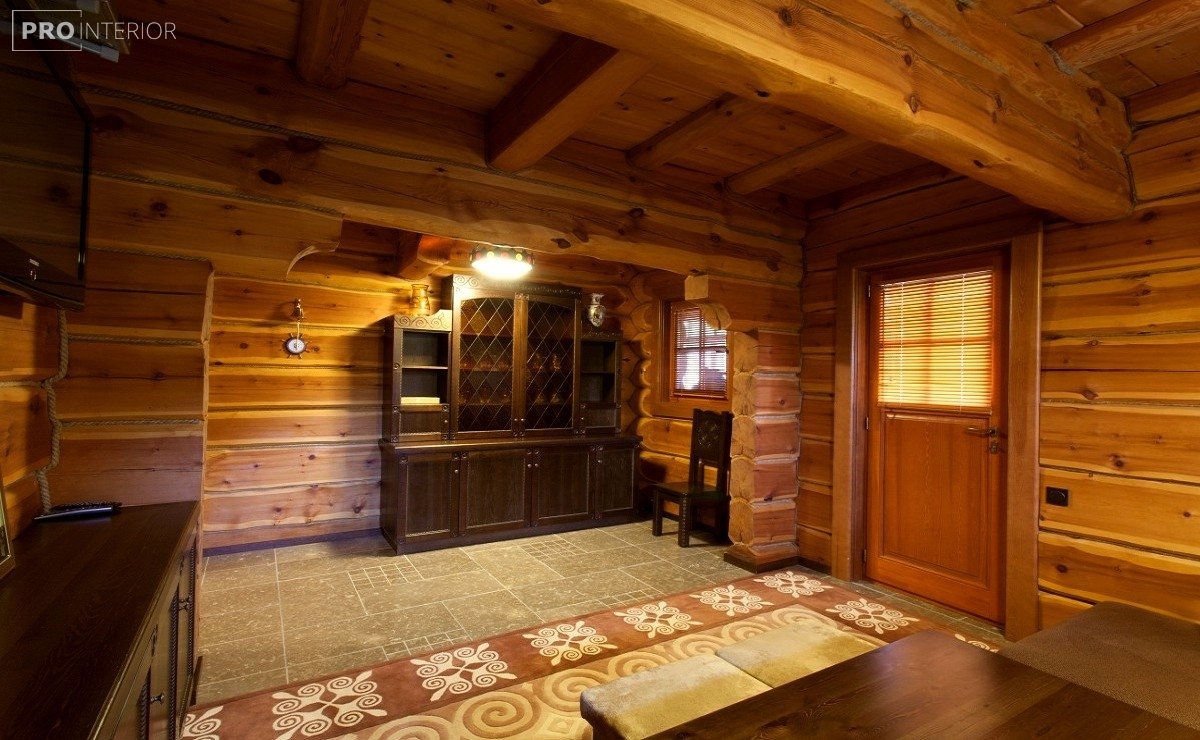 Even attempts to rebuild the tower are accompanied by a disappointing end result, they more resemble a blundering parody than a complete example of a variety of Russian style. Although there was one building that turned out to be very canonical, along with its predecessors and followers. It was built by Alexander Yermolaev (Professor of MARKHI) in the Arkhangelsk region. This is a truly monumental structure that occupies a large area, and it was not made from logs of canadian pine, but from local breeds of old trees. Instead of the beloved and familiar double-glazed Windows, slits were left with a width of the diameter of one log.

This is almost the only example of a building that carries the original authenticity of the Russian soul, which consists in difficulties. No, this house was not devoid of electricity, communications and heat supply – it was all present, a modern man, spoiled by technology and comfort of foreign interiors, drowning in pillows, carpets, weaned from the simple folk interior, which all looks more like a giant block. 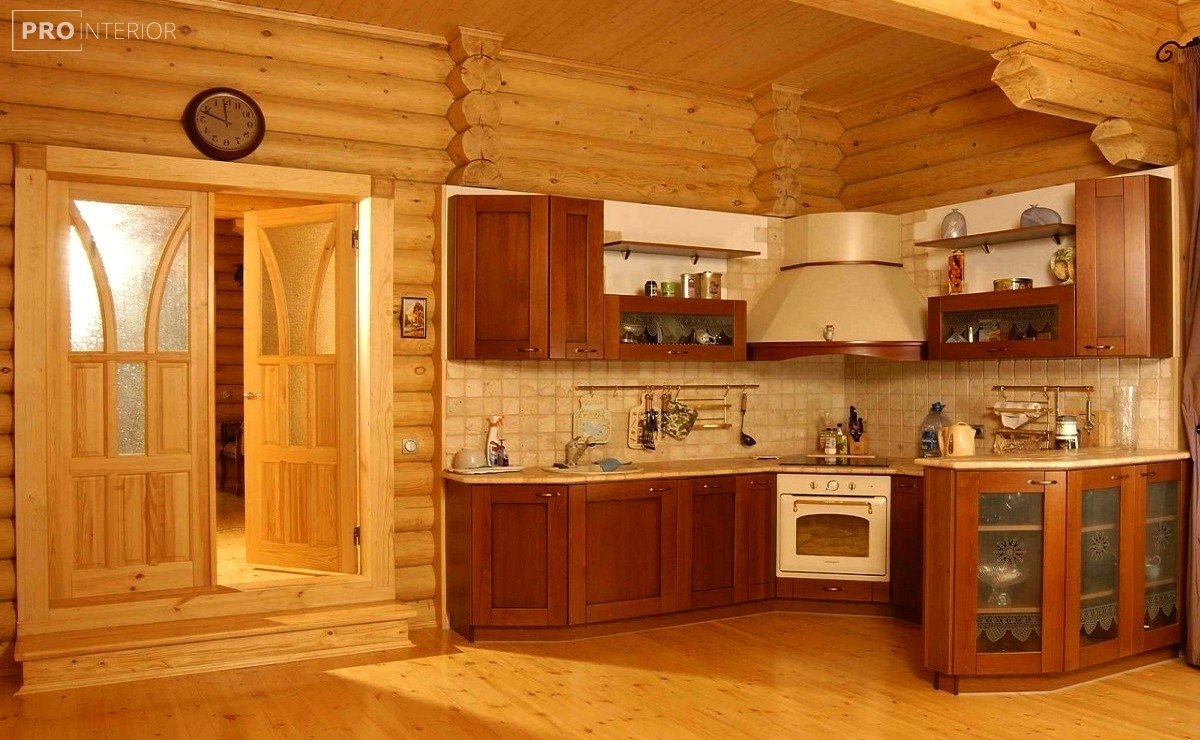 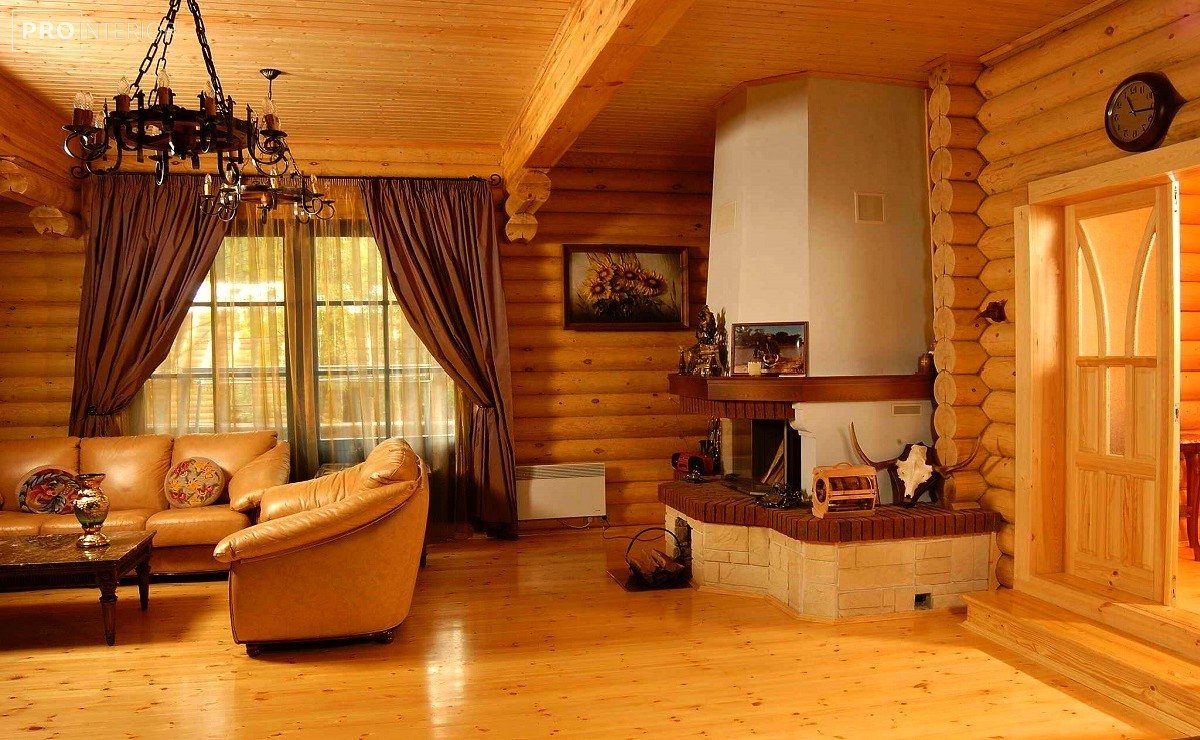 Any interior is based on the foundations of a particular people, on their cultural heritage. The Russian people have always had a hard time living, they were used to hard and hard work, sometimes they did not have enough time and energy for the delights, they worked all the time. Even in winter, when all the work in the fields and preparing supplies is over, he was engaged in the improvement of his abode-somewhere whitewashed, somewhere strengthened, and somewhere completed, if the family was planned to replenish, because then they lived in large friendly families. 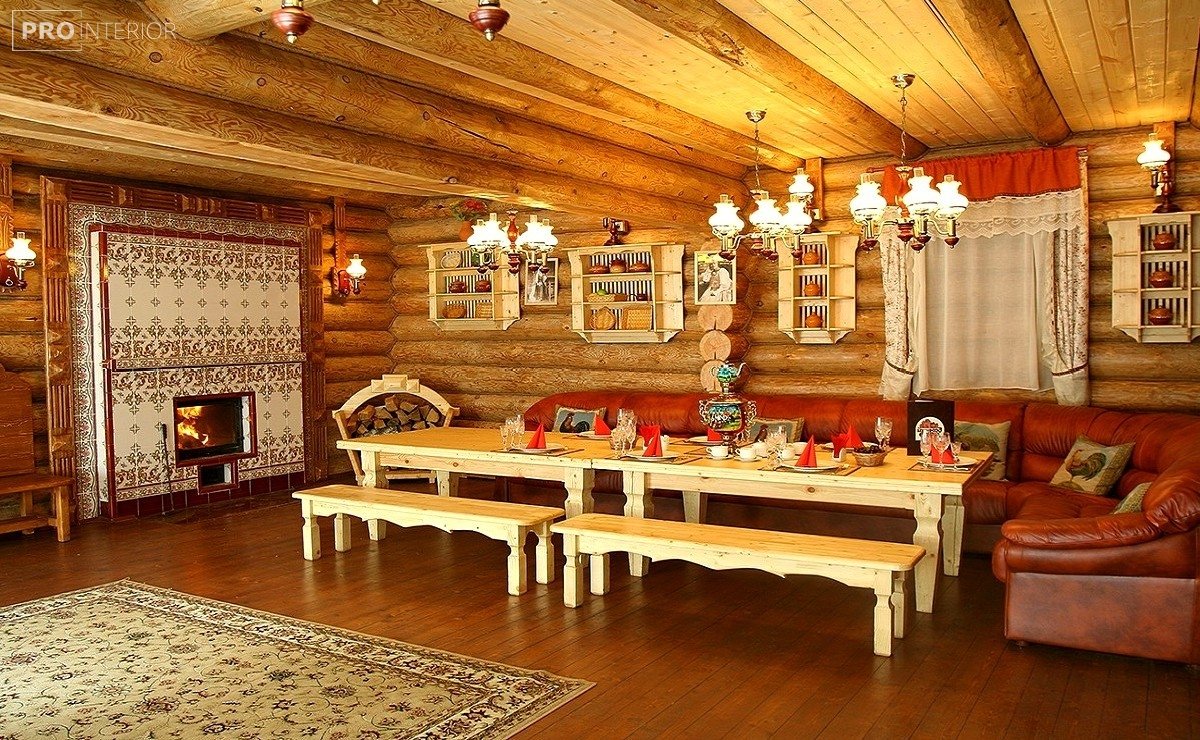 The main requirement of a modern person for any interior is respectability, so designers often have to combine the “difficulty” on which the Russian interior is based, and solidity. Andrey Dmitriev, one of the most popular designers in St. Petersburg, copes with this task well. It successfully mixes simple elements of the tower with complex and expensive textures.