A lighter, but no less refined Rococo style replaced the pompous Baroque already in the XVIII century. The very name of the Rococo style comes from the French rocaille, which means “shell” or “crushed stone”. 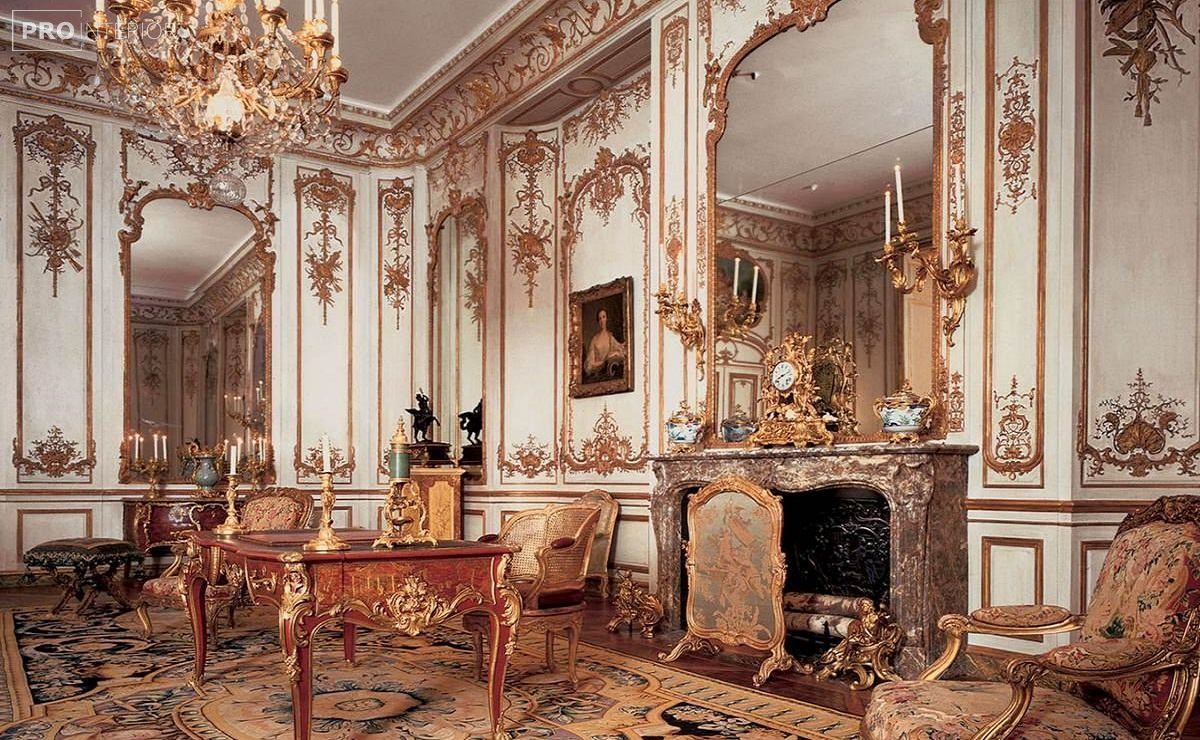 The Rococo style (also called rocaille) became a logical continuation of the Baroque style that prevailed in Europe in the XVII—XVIII centuries. Having absorbed its best features, Rococo became a fresh trend in architecture and design of the XVIII century. It can be described as a refinement that lies in a variety of details and decorative elements. 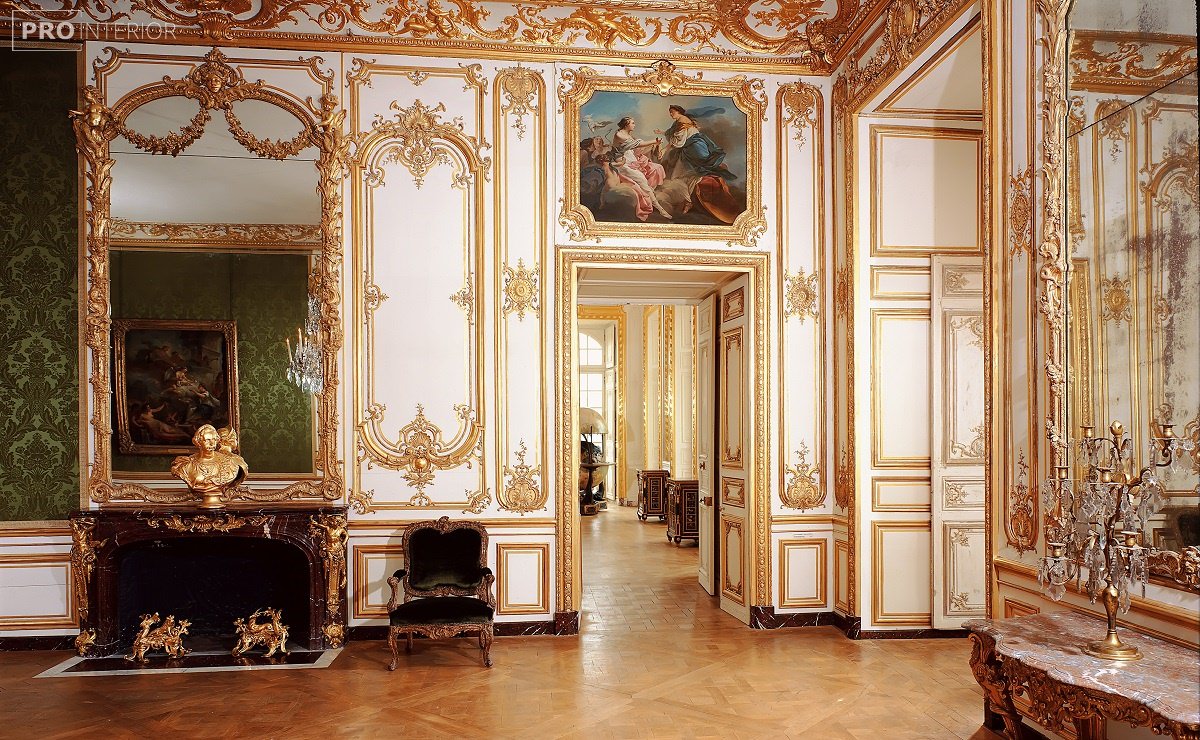 However, the term Rococo itself came into use only at the beginning of the XIX century. Initially, it meant interior design of grottoes, fountains and fountain bowls, which were decorated with stones in such a way that the impression of natural fossils was created. There were also masters “rockailers” (or “rockailers”) who were engaged in this type of work.

Directly the same style, which today is called Rococo, at that time was called “elegant taste”. However, already in 1750, the term “spoiled taste” began to appear in literature, and the Rococo style itself was severely criticized for its pretentiousness and “forced” forms. 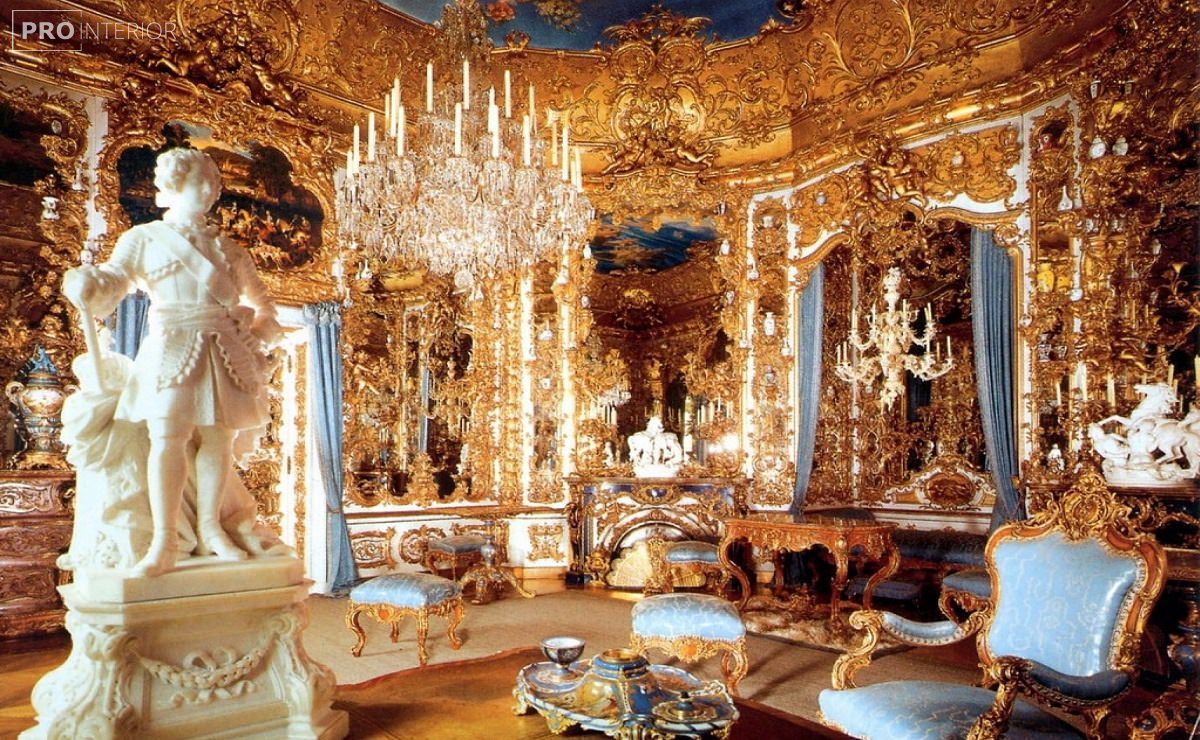 Despite the fact that the Rococo style did not bring any new elements to the architectural and interior decoration, it is still unique and quite difficult to implement in modern rooms. Its main distinctive feature is the desire for decorative effect, while absolutely not taking into account the expediency of forms and parts of the structure. 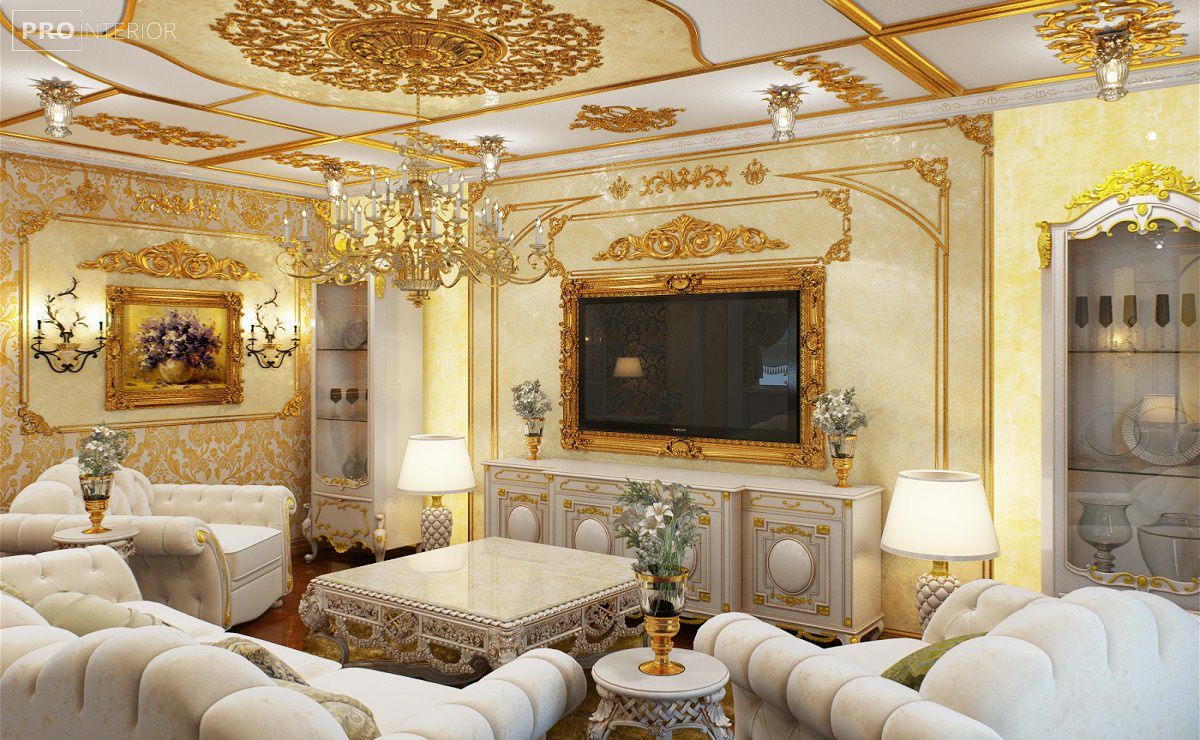 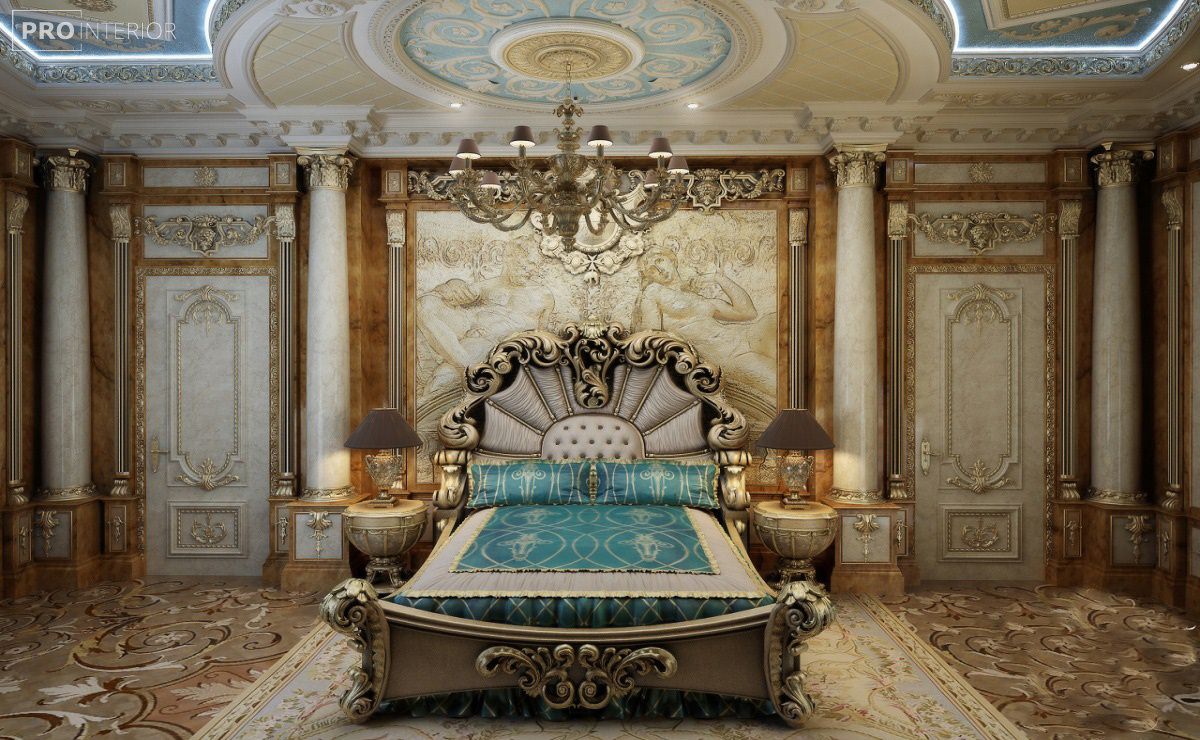 As for the walls, they are often decorated with textiles. Fabric Wallpaper or textile panels are the ideal option to emphasize the sophistication of the interior. However, you can also paint the walls, but in this case it is recommended to give a little Shine, using silk or other glossy fabric.

Ceilings in the interior are decorated with stucco. In this case, it should be only two colors: white or gold. Often in rooms, to visually increase the height of the room, a smooth transition from the wall to the ceiling is used. In most cases, it is decorated with a thin ornament of curls (paduga) 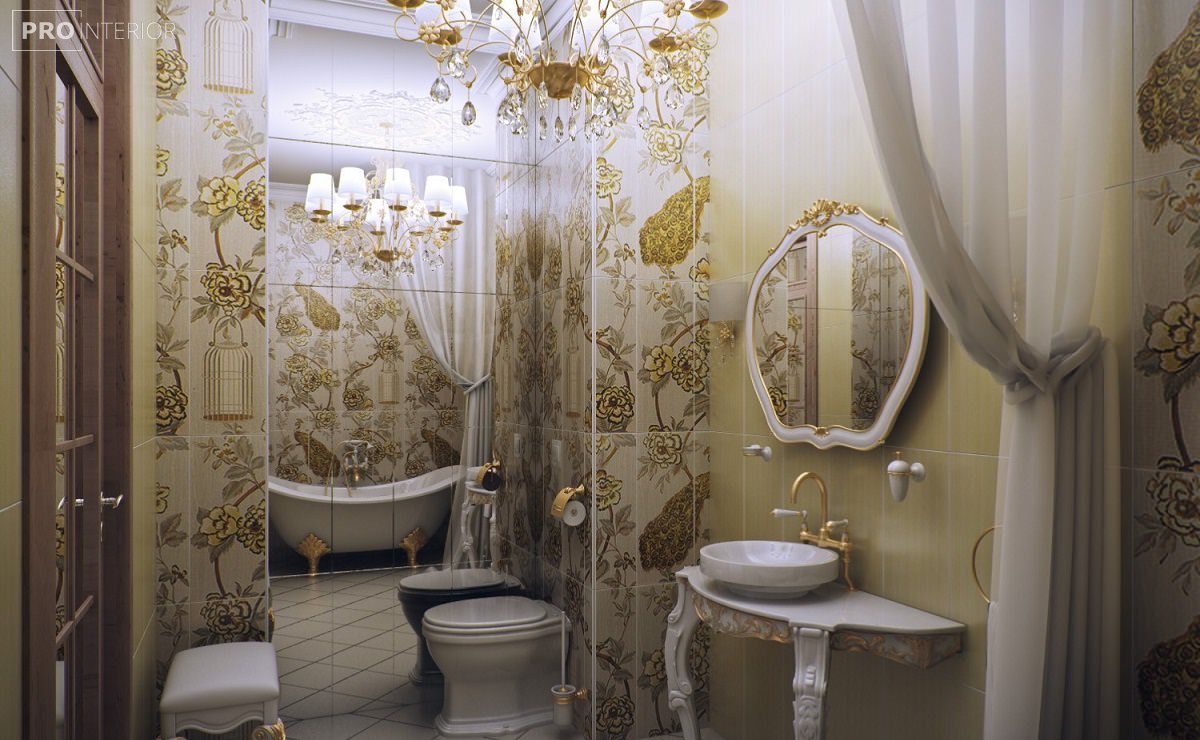 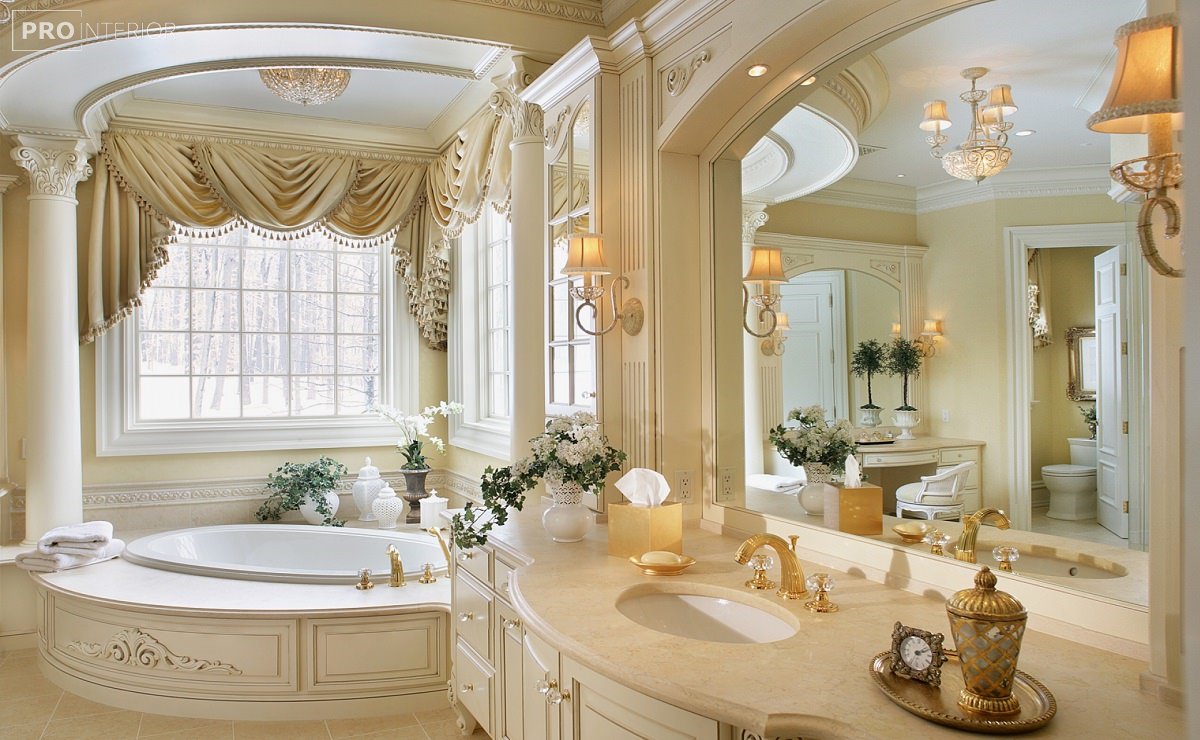 Natural marble or wood is usually used as a floor covering. However, the modern interpretation of the Rococo style allows the use of ceramic tiles (often imitating marble) and laminate in the interior. 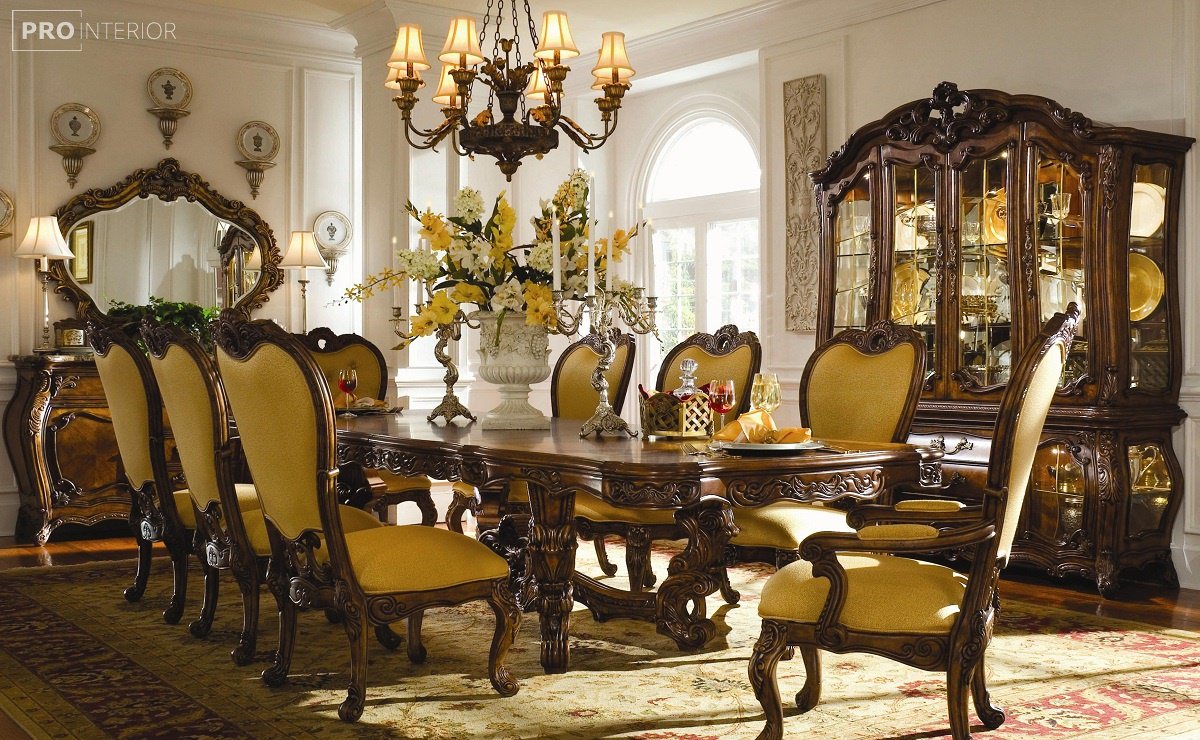 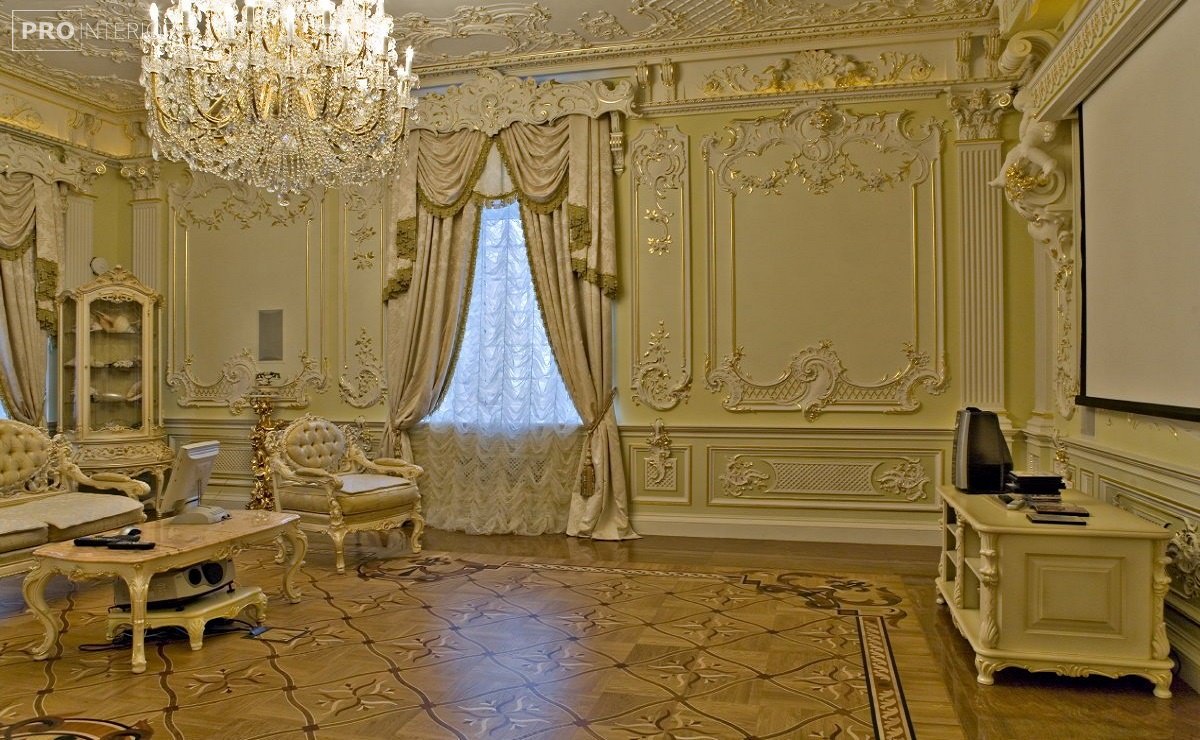 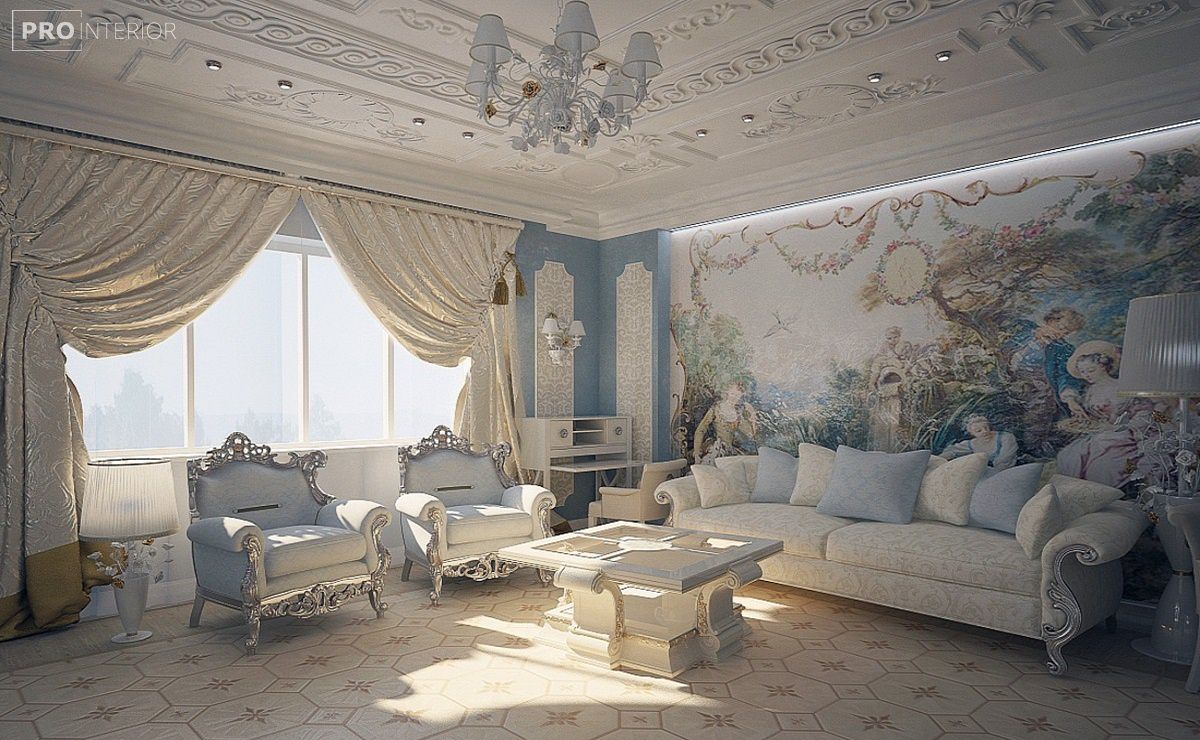 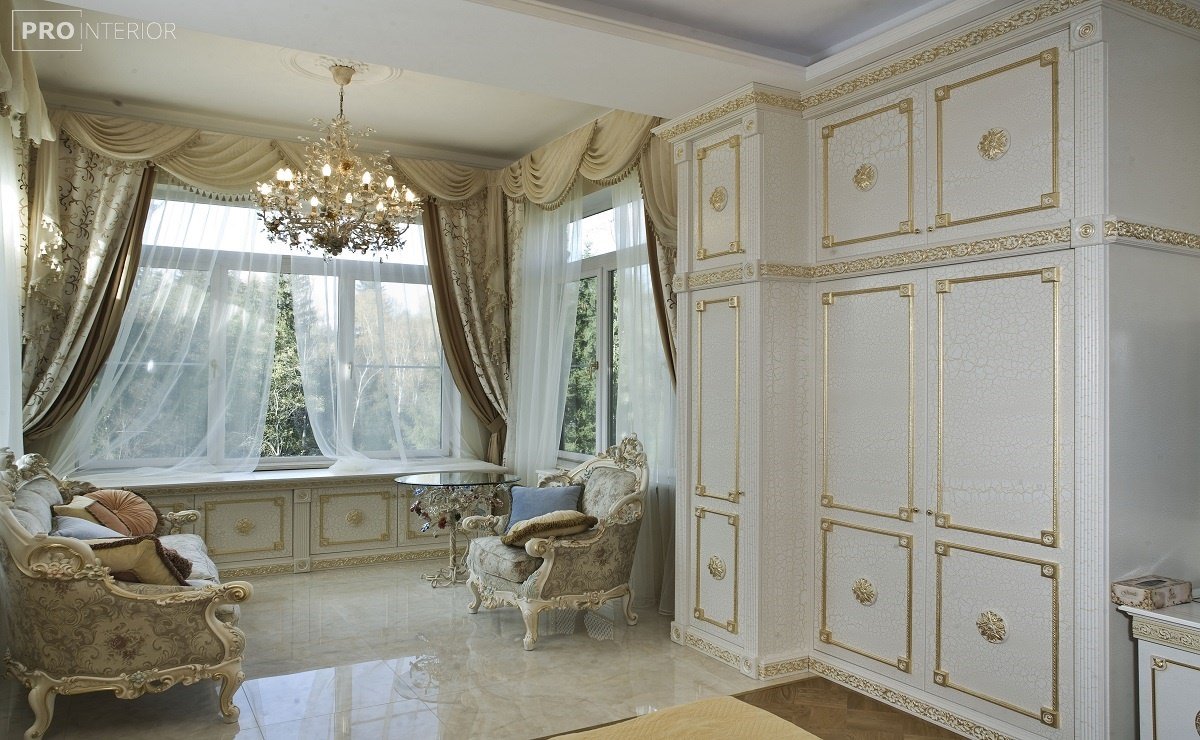 Rococo furniture can be described in just two words-comfortable elegance. The main distinguishing feature of all furniture items is the absence of straight lines. All transitions from detail to detail are smooth, the legs of tables and couches are decorated with carved ornaments, as are the armrests of sofas and armchairs. 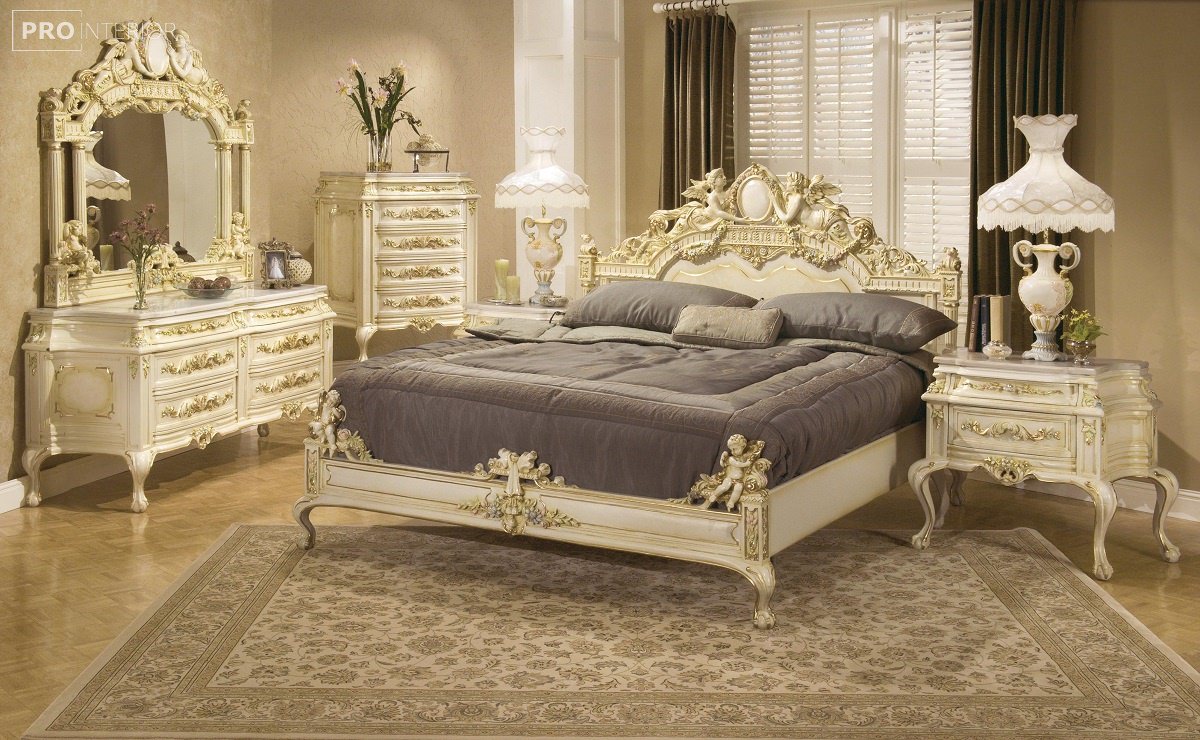 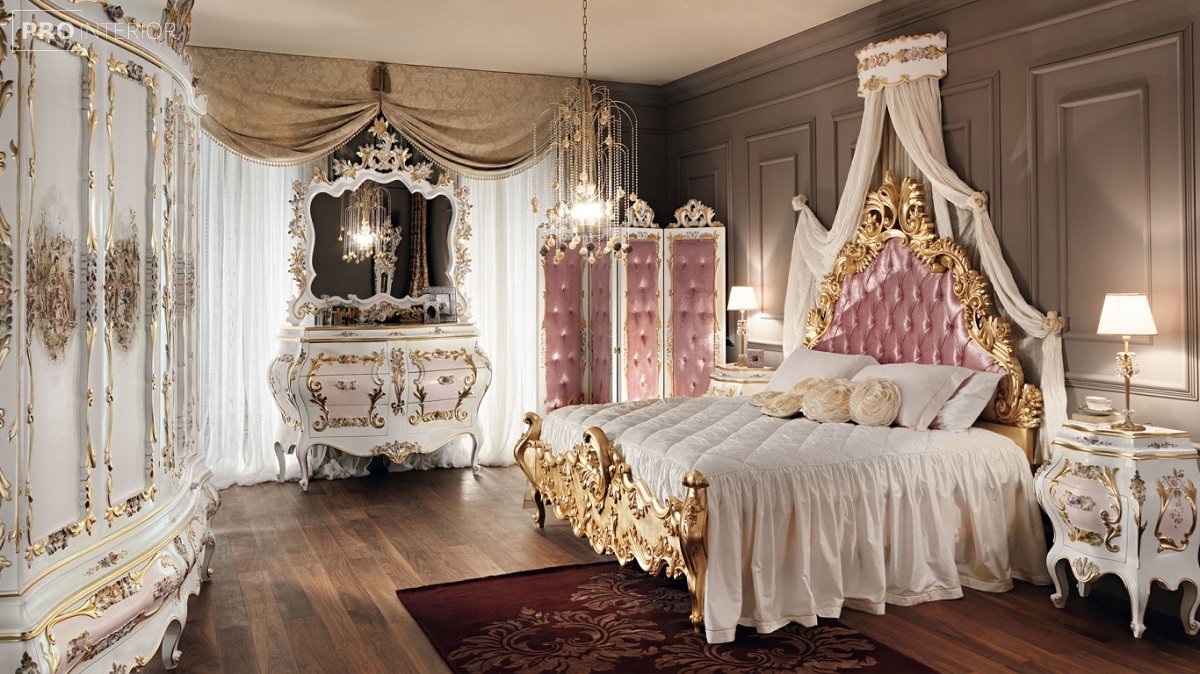 The main decorative element of the interior is undoubtedly stucco, but no less attention is paid to the design of lamps, screens and tapestries. Porcelain figurines, clocks, and painted vases are also an integral part of Rococo design. 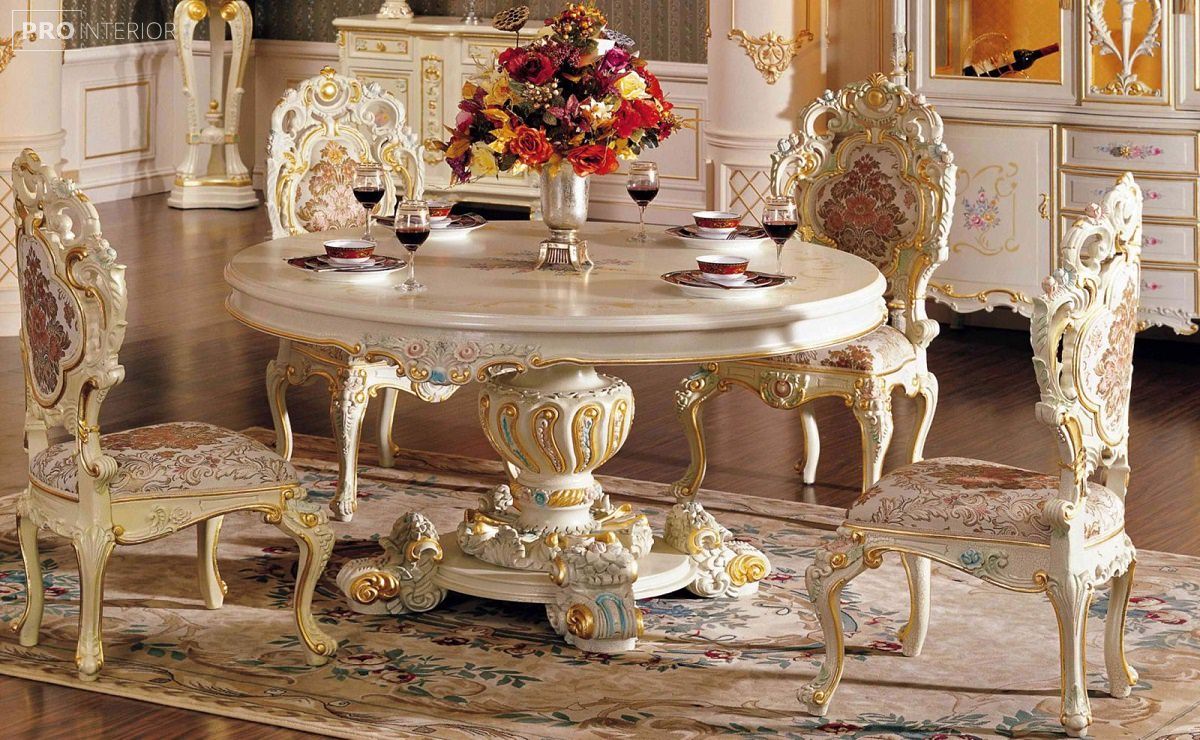 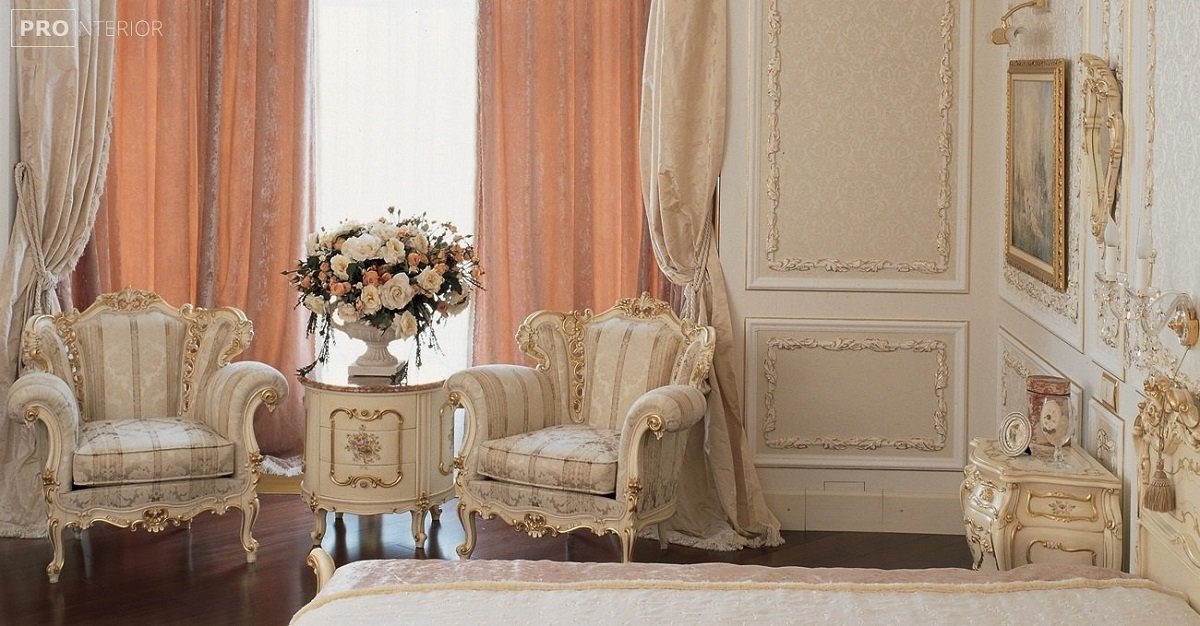 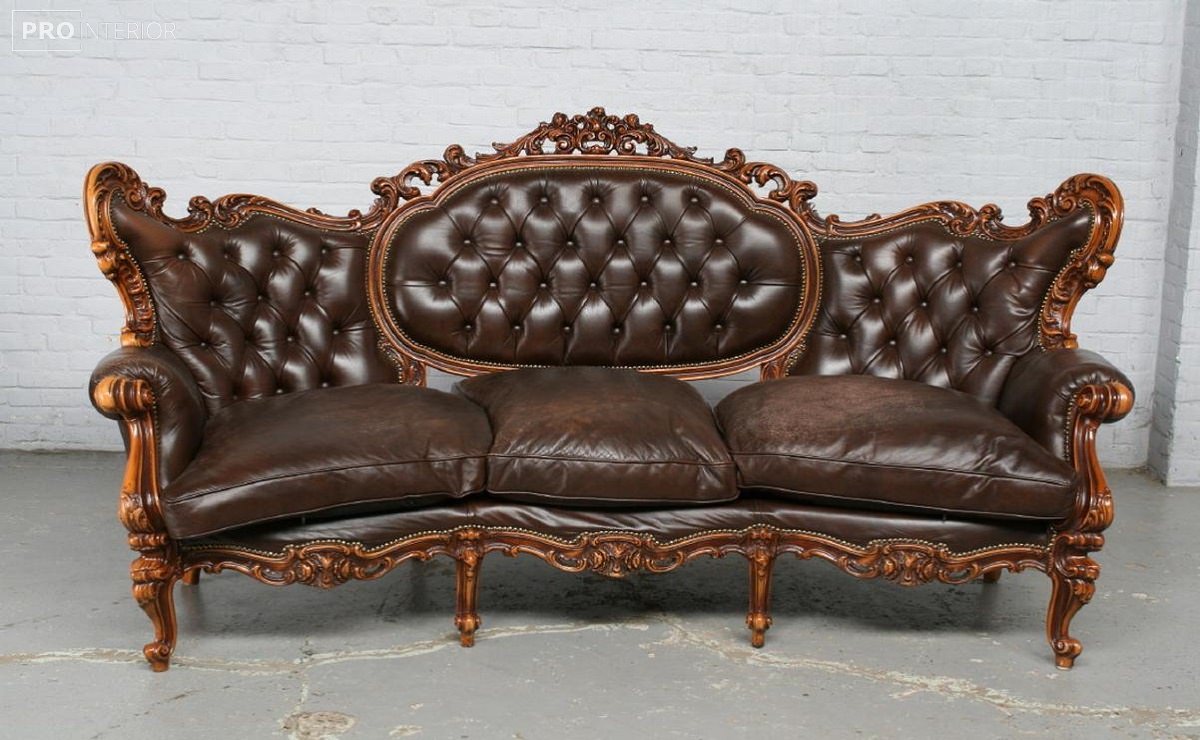 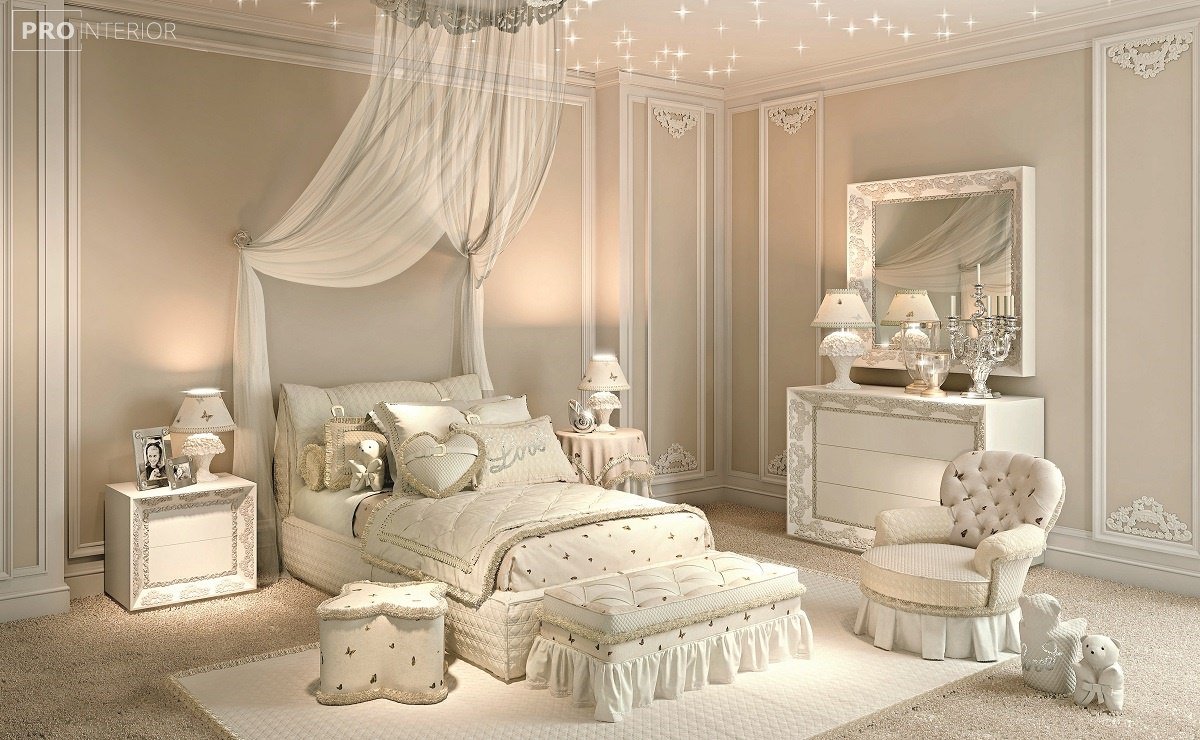