The trilogy of the English writer J. R. R. Tolkien “The Lord of the Rings” has become a real bestseller and a new direction in the fantasy genre. The film adaptation of the novel influenced both fashion trends in interior design and architecture in general.

Thanks to the fictional people-hobbits (short men with big legs), eco-style has risen to the top of popularity again, and people have increasingly begun to build egological dugout houses, recreating the living conditions of the characters from the book. 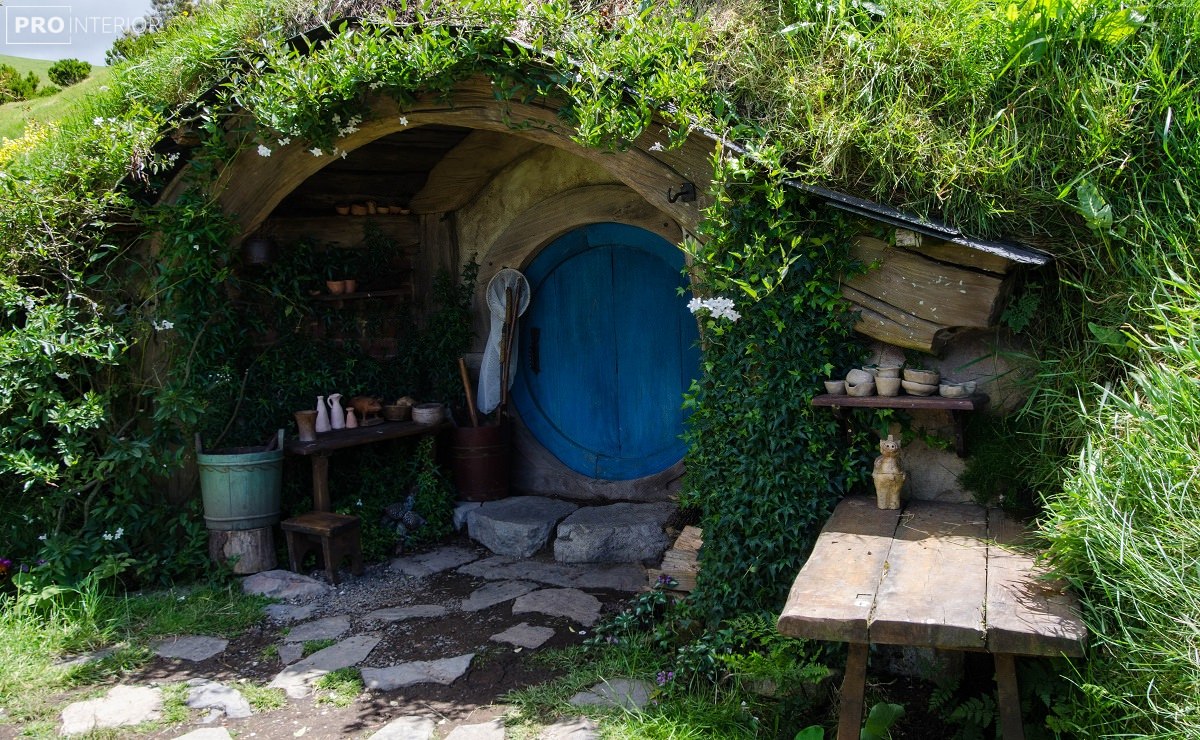 What is the hobbit’s house?

From the outside, it looks inconspicuous and to the outside eye looks more like the entrance to a small room located directly under the hill. In practice, a hobbit house can have up to ten rooms and several floors, including a basement. At the same time, if in the original the ceiling height in such houses did not exceed one meter, then modern houses are adapted for a person of average height. 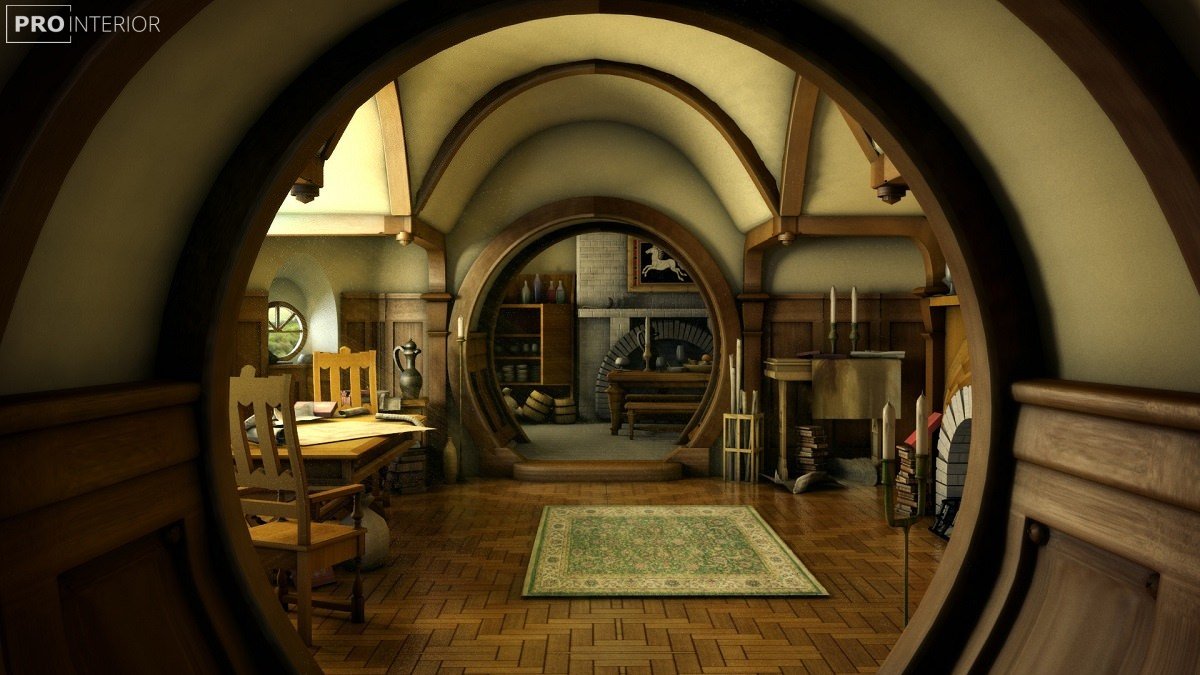 In addition to the appearance, the dwelling of the little men is also distinguished by the internal situation. The main principle of building such a house is harmony with nature and the surrounding world. Accordingly, only natural materials are used both as building materials and for decorative furniture items. 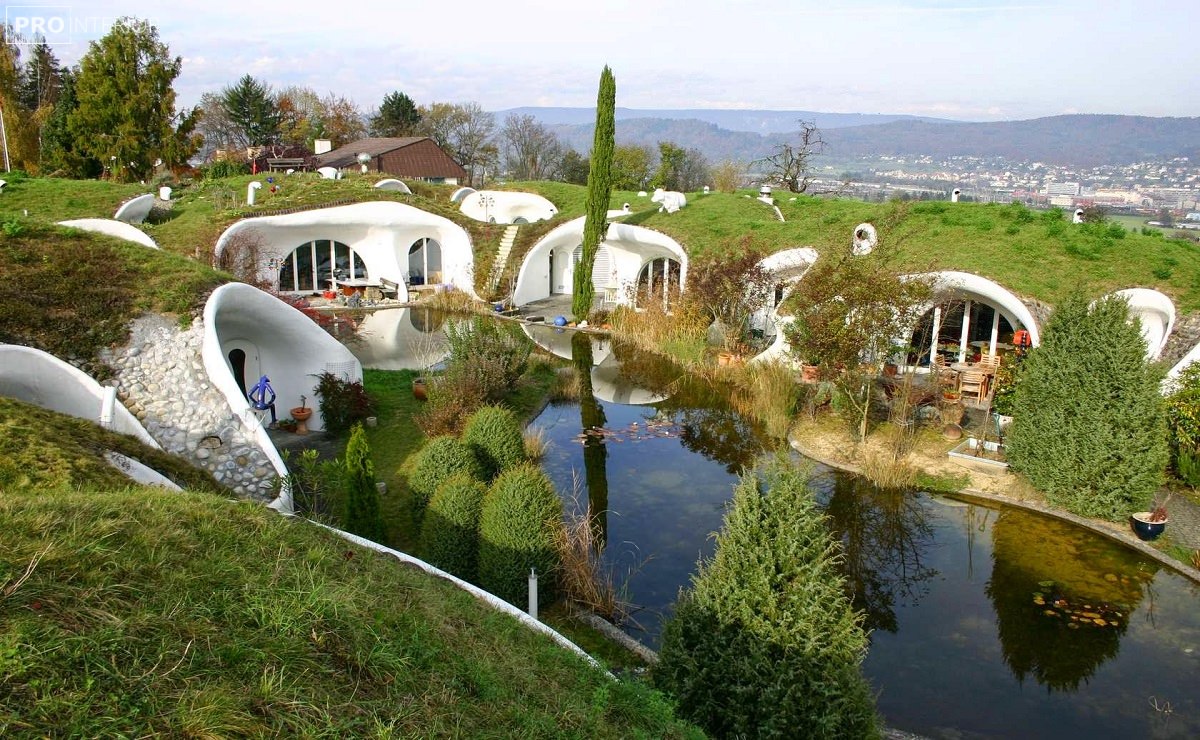 Great preference is given to wood. It is from it that most of the decoration, furniture, and often decorative elements are made.

Textiles occupy the second step in importance in the created interior. It creates a unique atmosphere of comfort and warmth in the room. 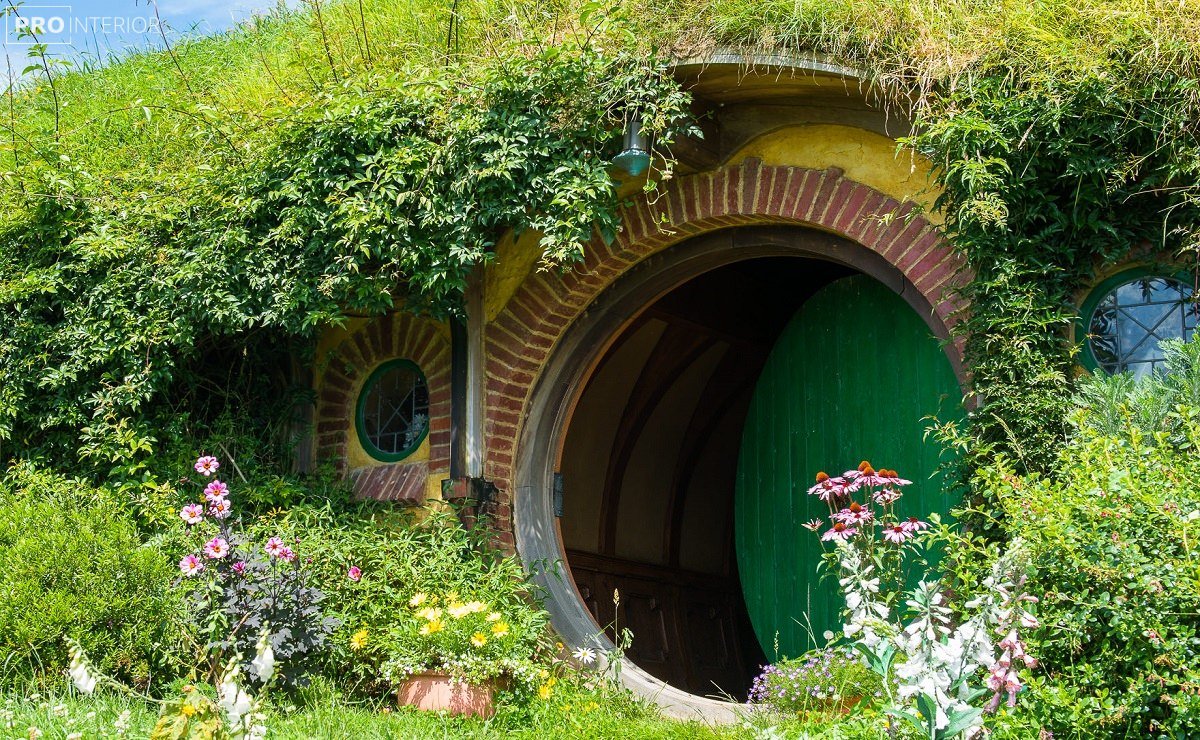 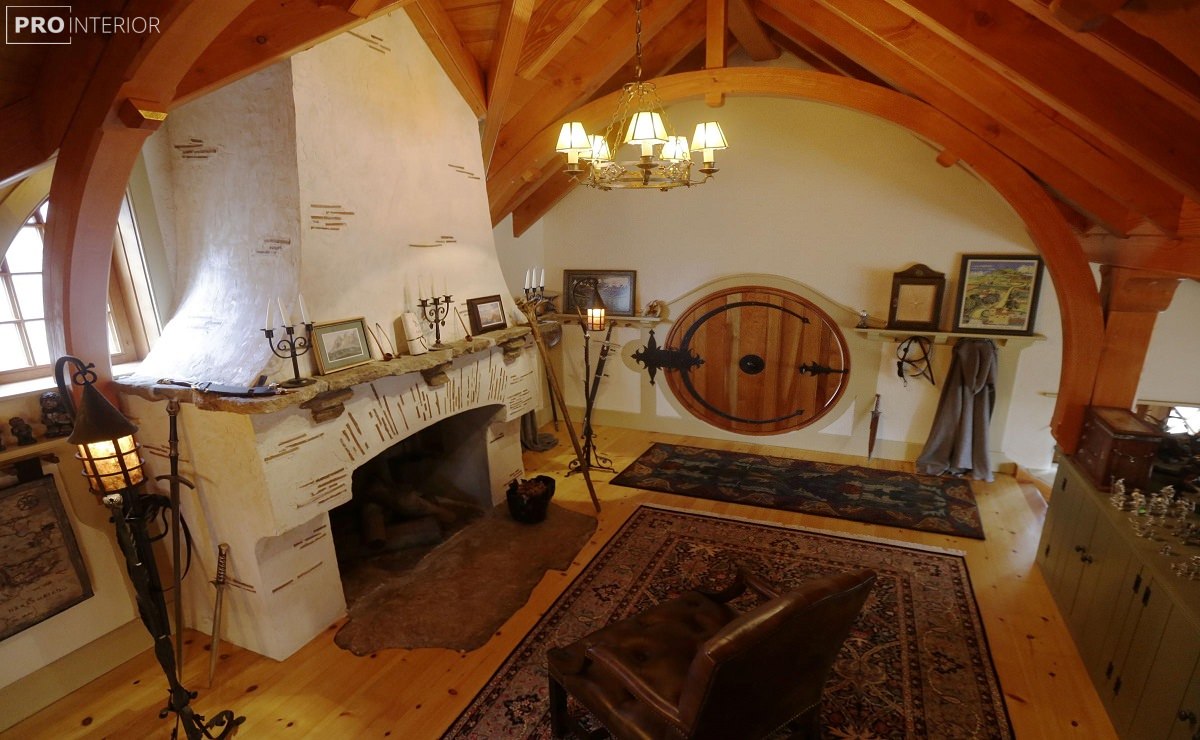 The unique style of the Hobbit home

The design of the rooms is based on eco-style. It can be distinguished as the dominant one, but not the only one. Often in the interior it intersects with the country-a certain roughness of the finish, the presence of massive stone stoves and fireplaces, heavy ceiling beams and other elements. 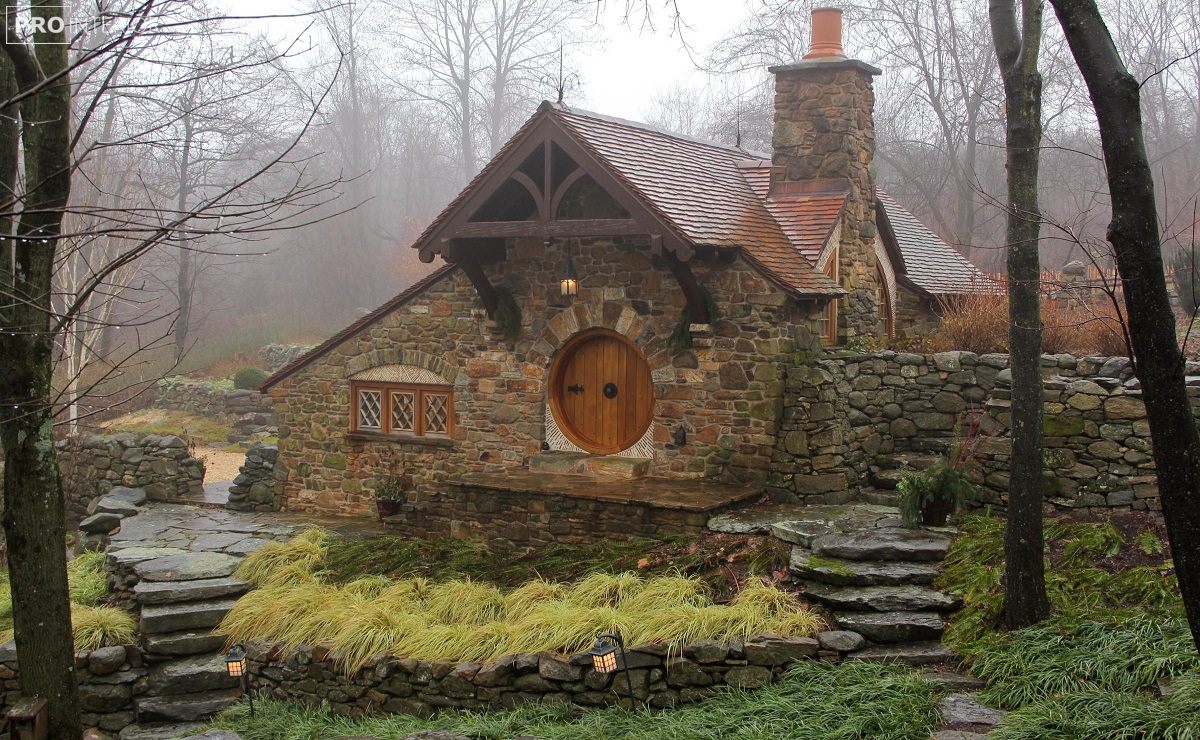 Special attention is paid to lighting in the hobbit’s house. During the day, the main light source is windows (often they are also located on the roof to ensure maximum naturalness of lighting), and in the evening – lamps with warm light. Preference is mainly given to floor lamps, this is due to the fact that in such houses there can be no high ceilings, and massive chandeliers will only make the space smaller. 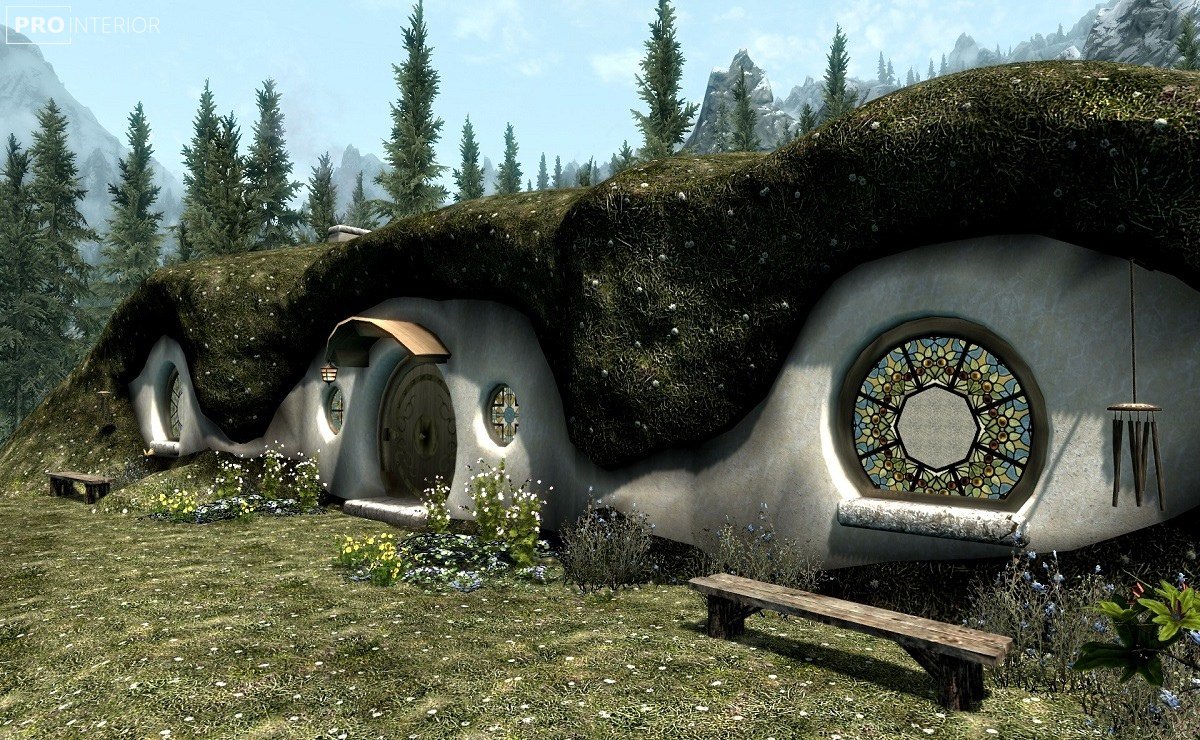 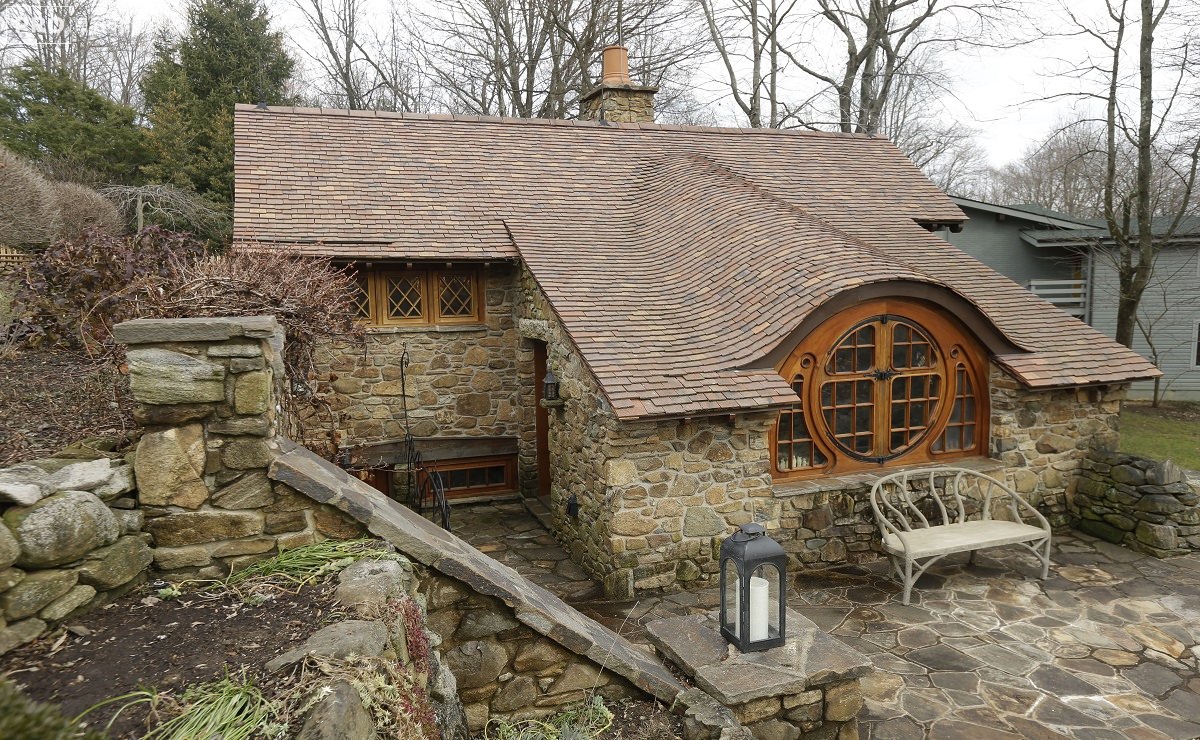 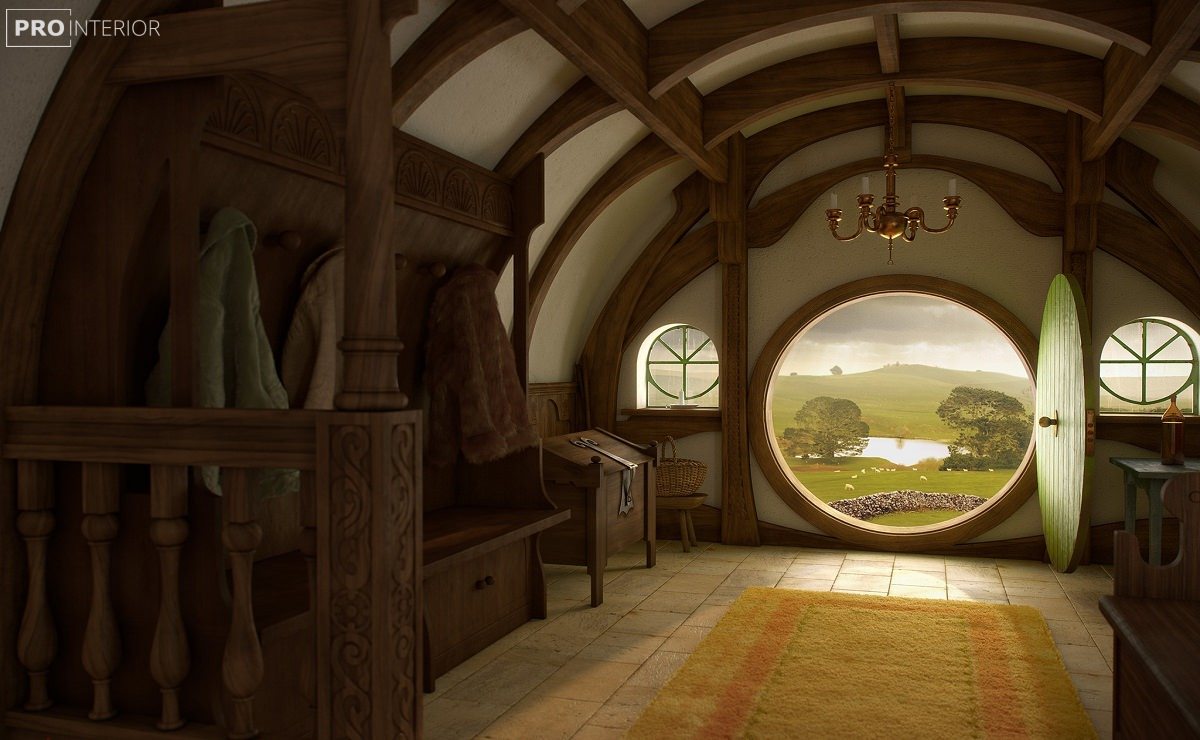 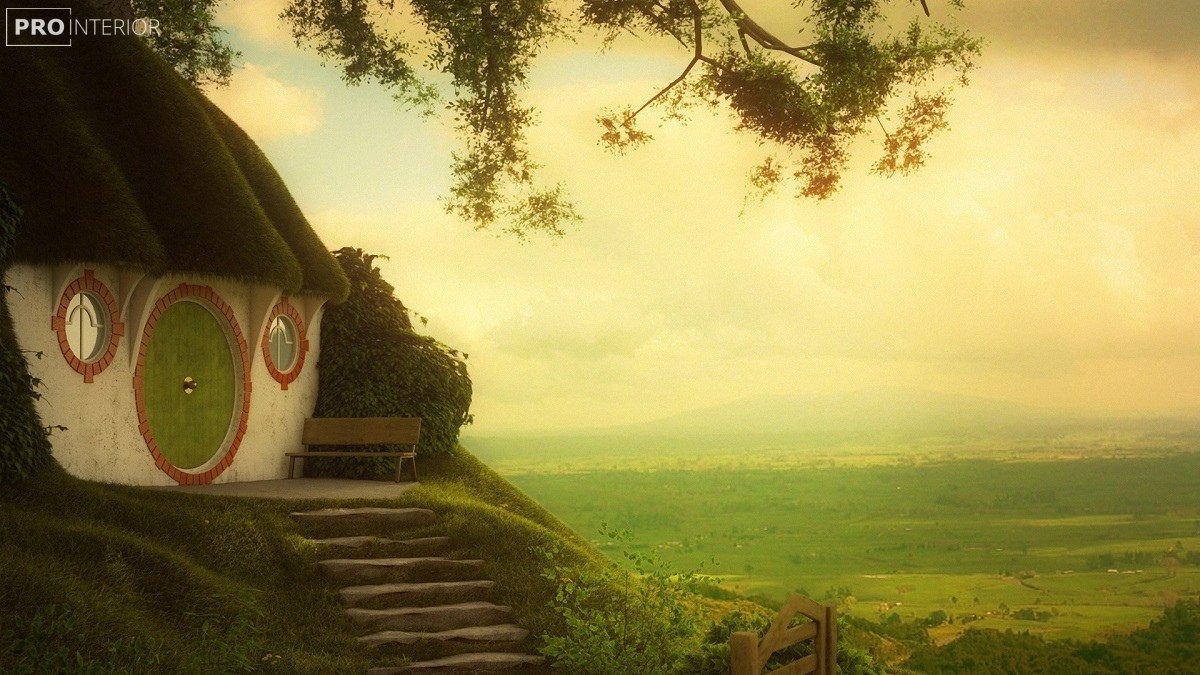 As for the furniture, preference is given to massive wooden tables and chairs. Textiles or leather are used as upholstery for sofas and armchairs. The addition to the interior will be forged pieces of furniture – all kinds of coffee and coffee tables, chests, upholstered with tin and fireplace grilles. 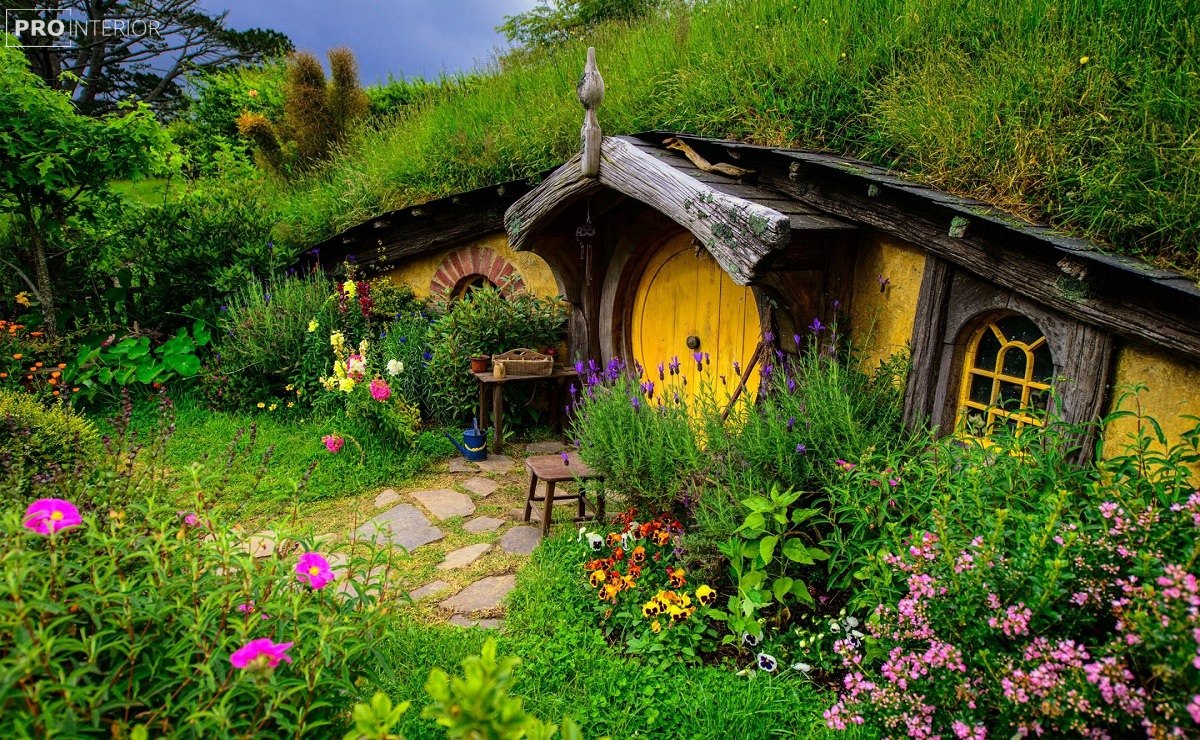 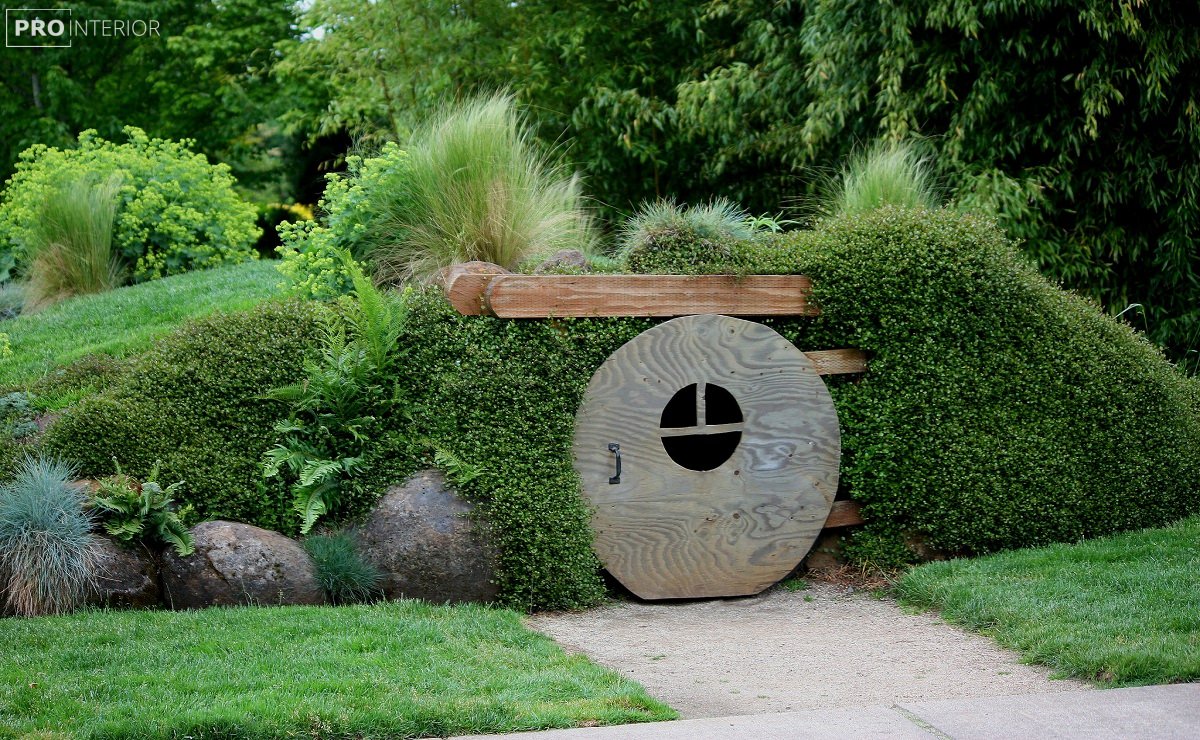 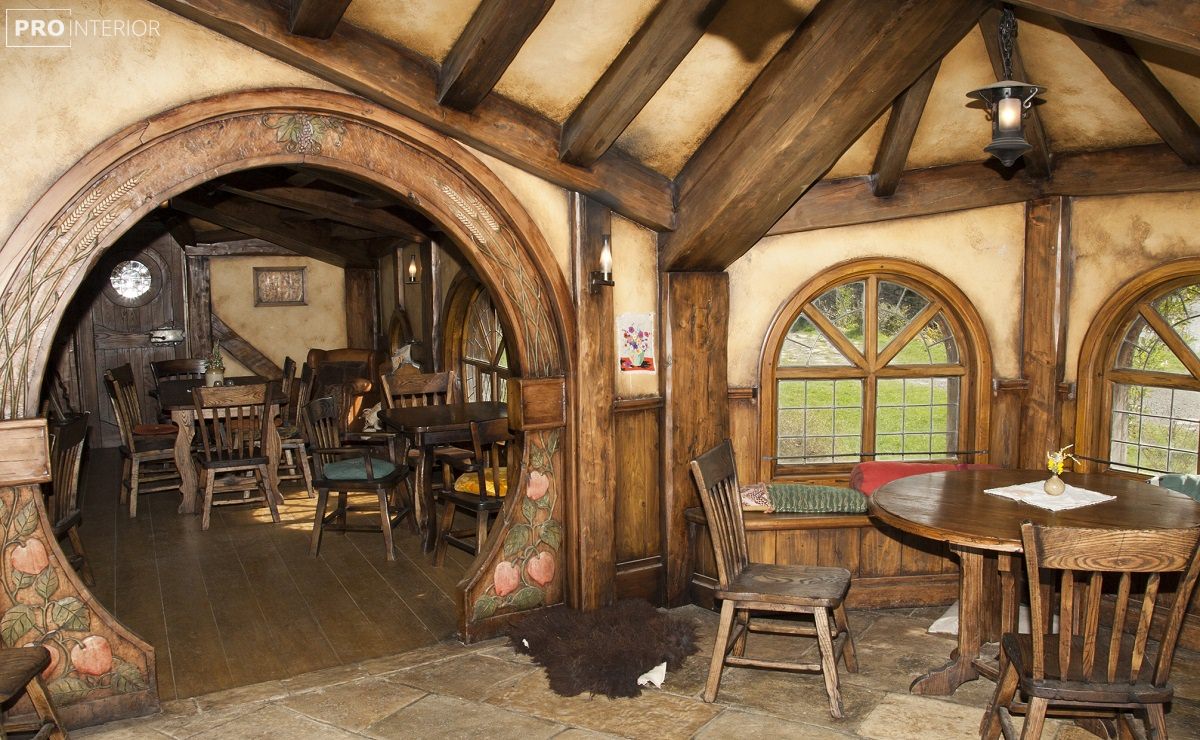 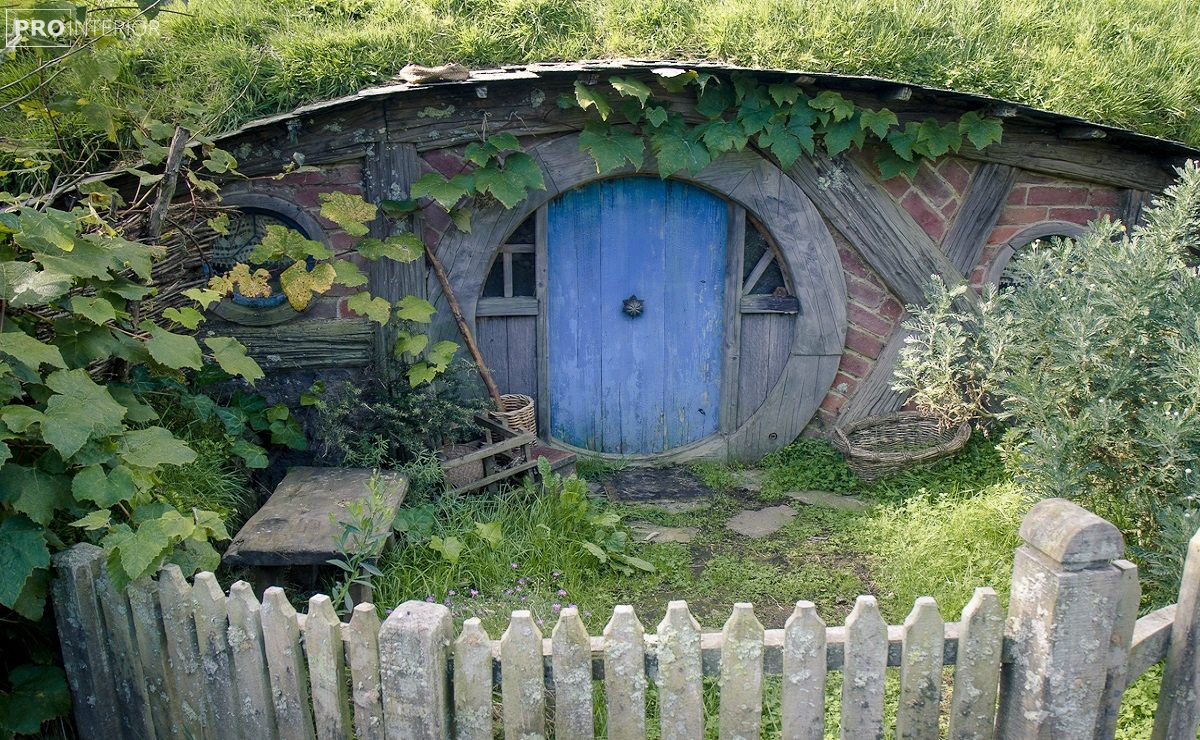 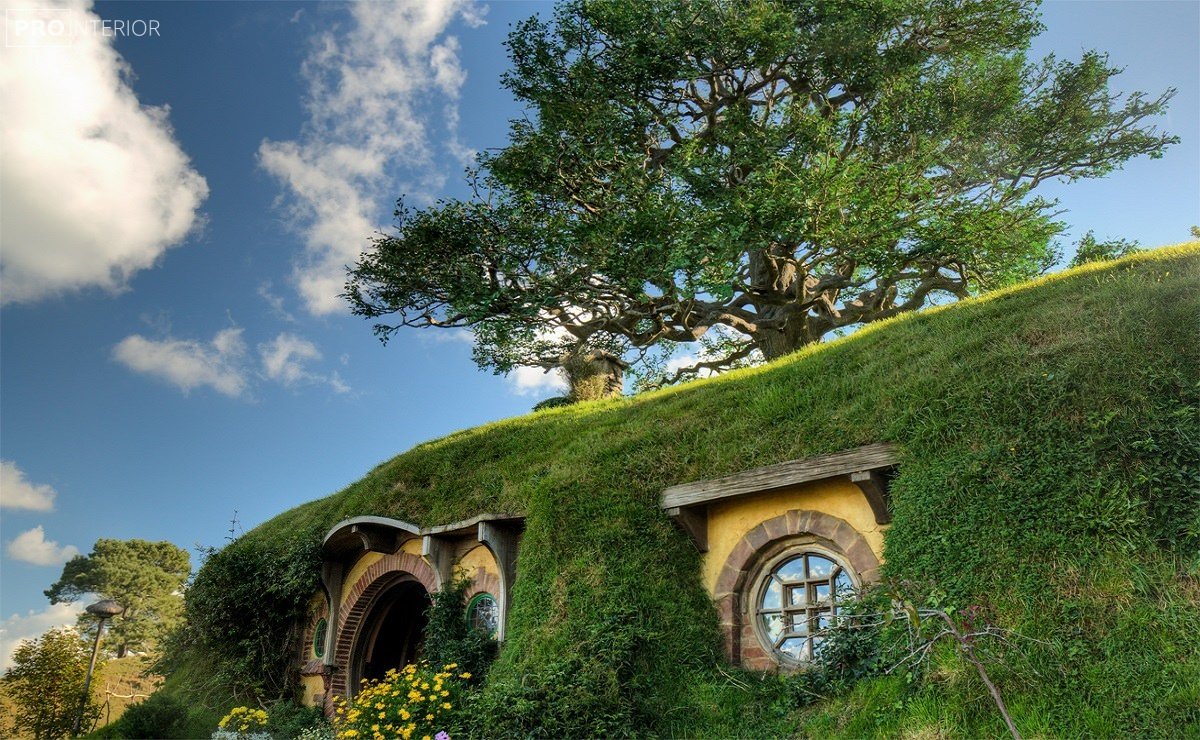 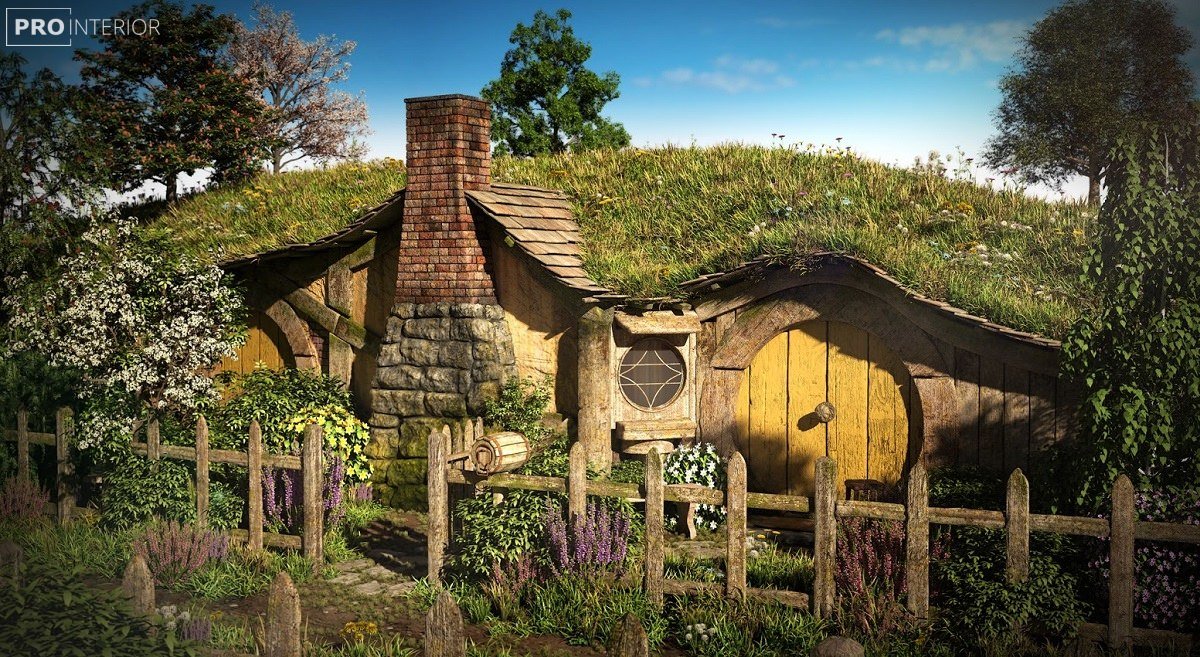 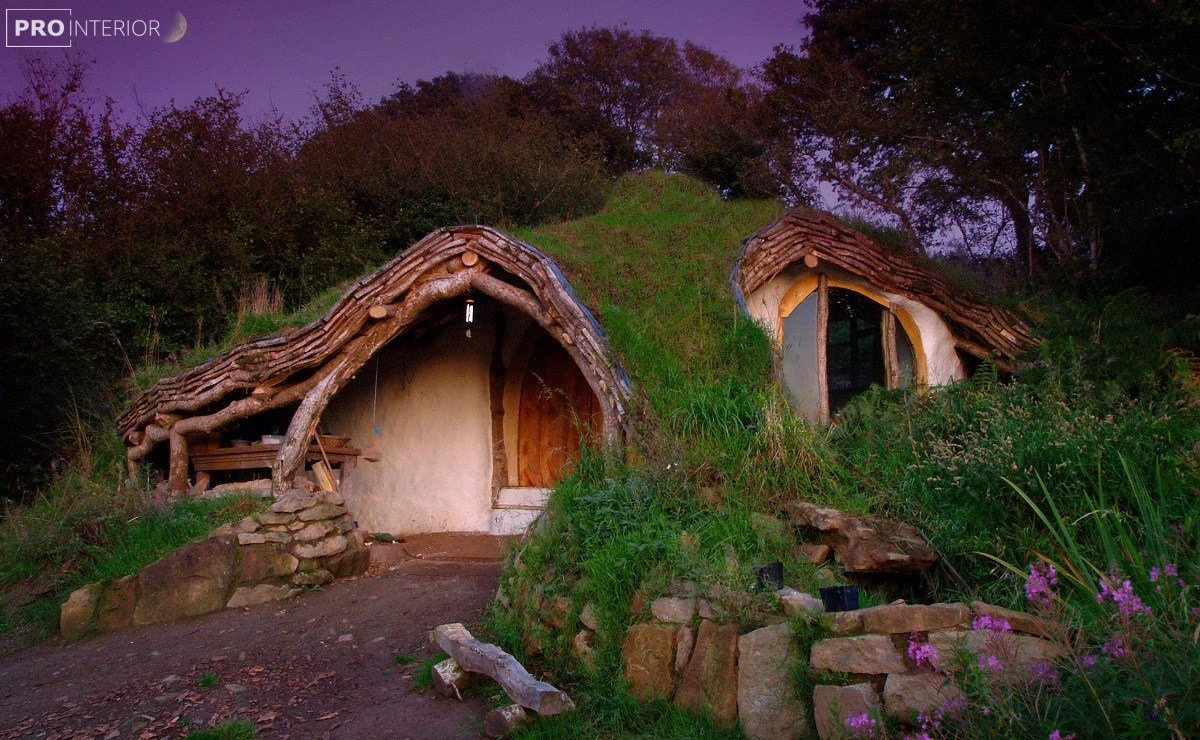 By the way, the hobbit village actually exists. It is located in New Zealand and was built as a set for the movie “The Lord of the Rings”. 44 burrows were installed for filming, which were to be dismantled at the end of work on the film. However, due to the vagaries of nature, the demolition of buildings was delayed, and over time it was decided to turn the hobbit village into a tourist attraction. Today, this unique settlement can be visited by everyone, and the attraction itself is called the Hobbiton Movie Set 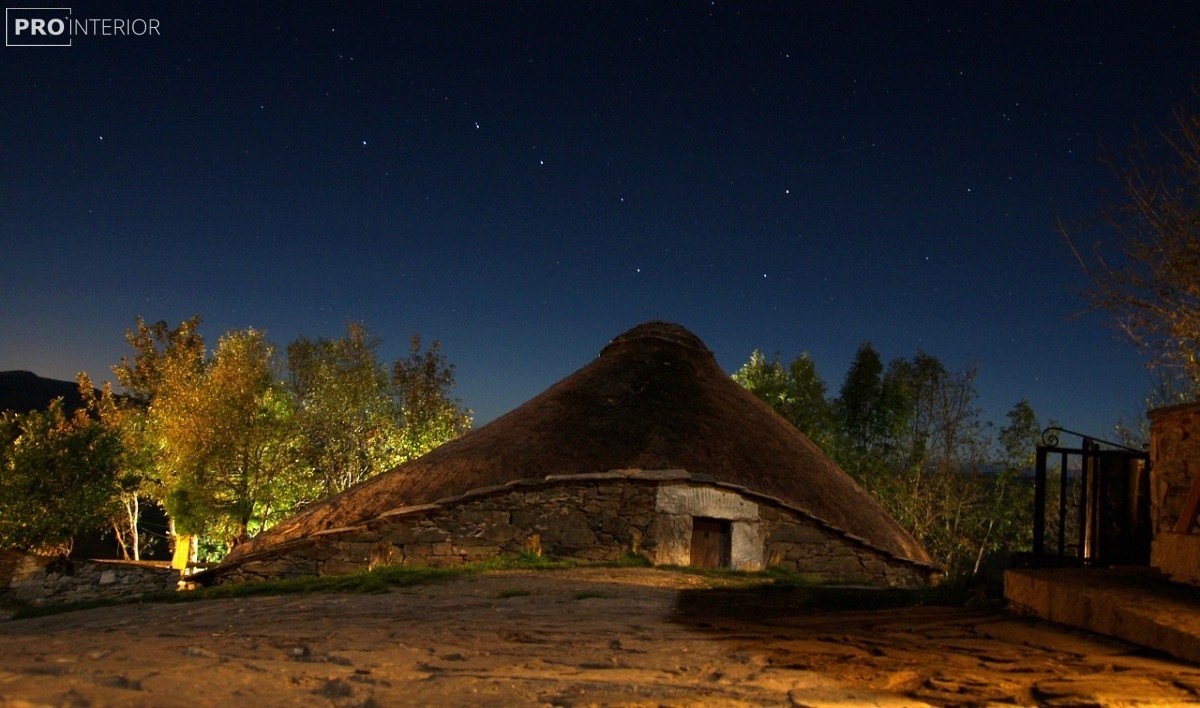