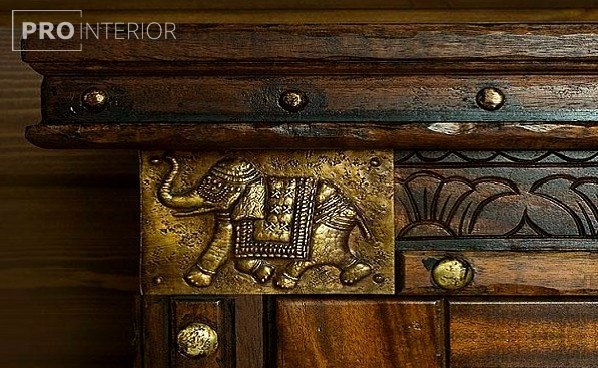 Indian style is presented as a unique combination of Golden luxury, refined taste with asceticism and unique simplicity.
Eastern and Western cultures have interacted for centuries, with elements from one subtly penetrating the other. 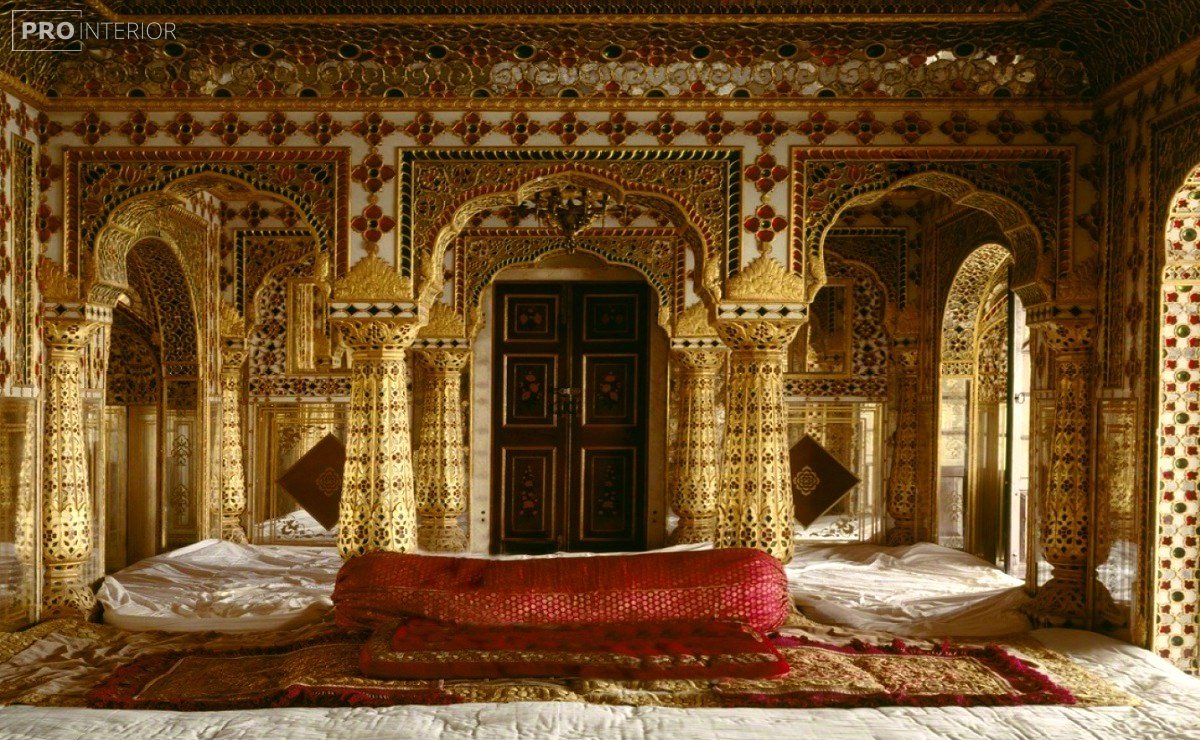 Persian culture had a special influence on the formation of Indian culture. It was the Persians who mediated between the original India and the arrogant Greece, passing on to the former the canons of beauty and style that were recognized all over the world. 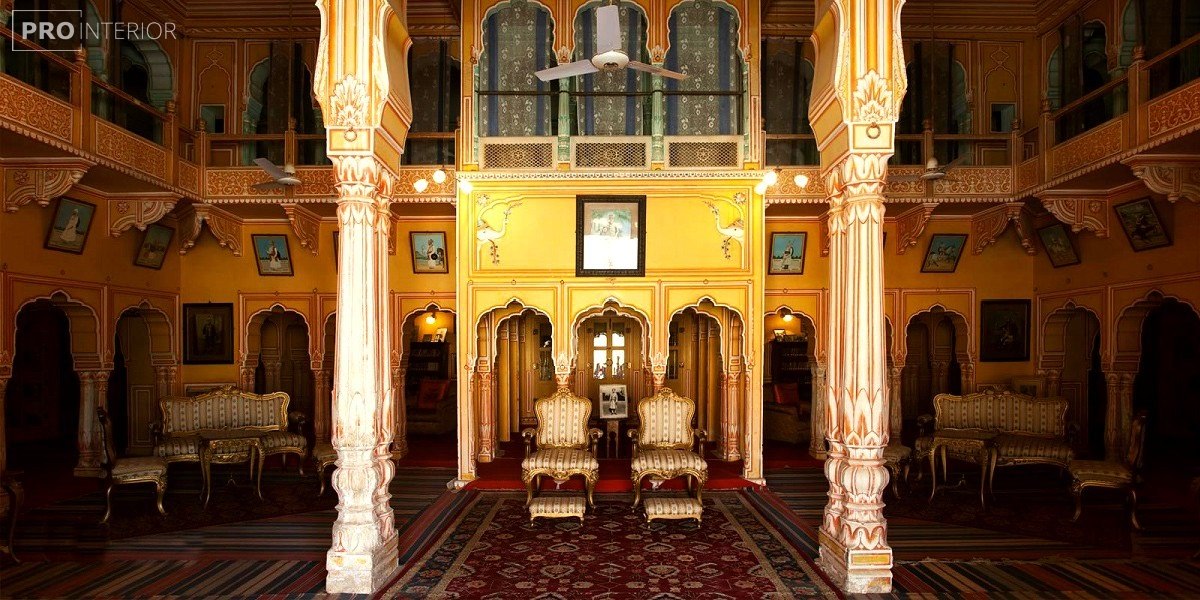 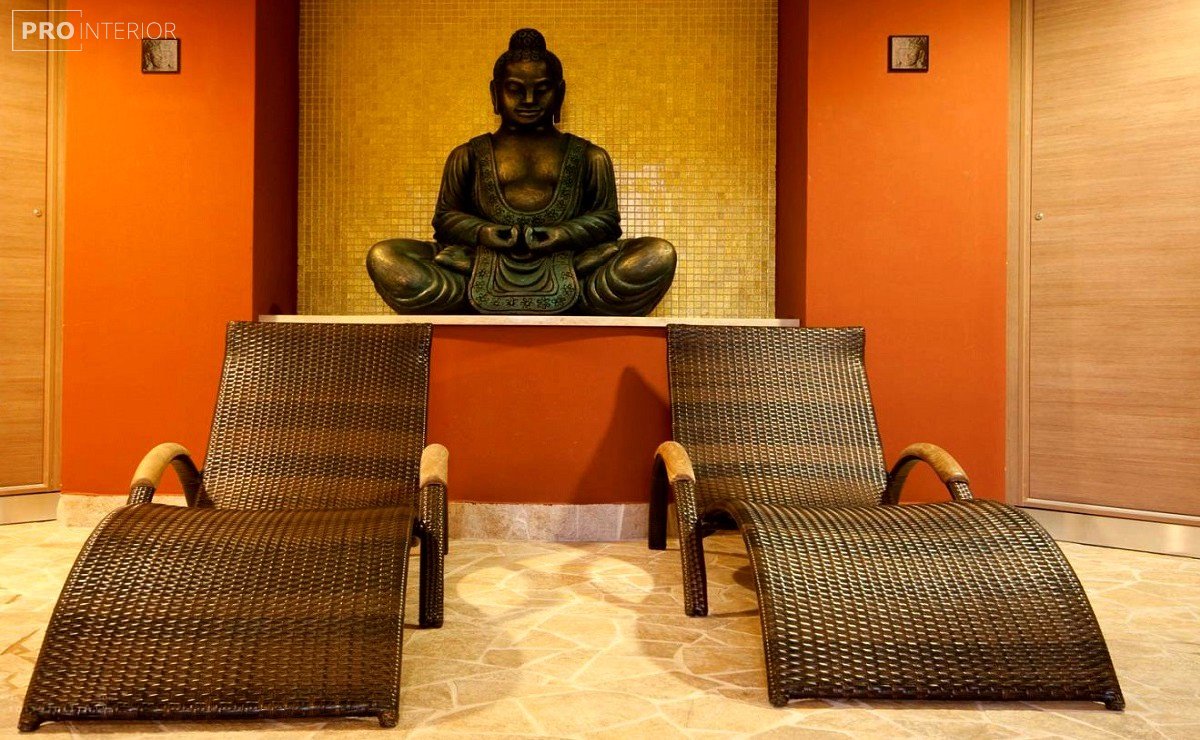 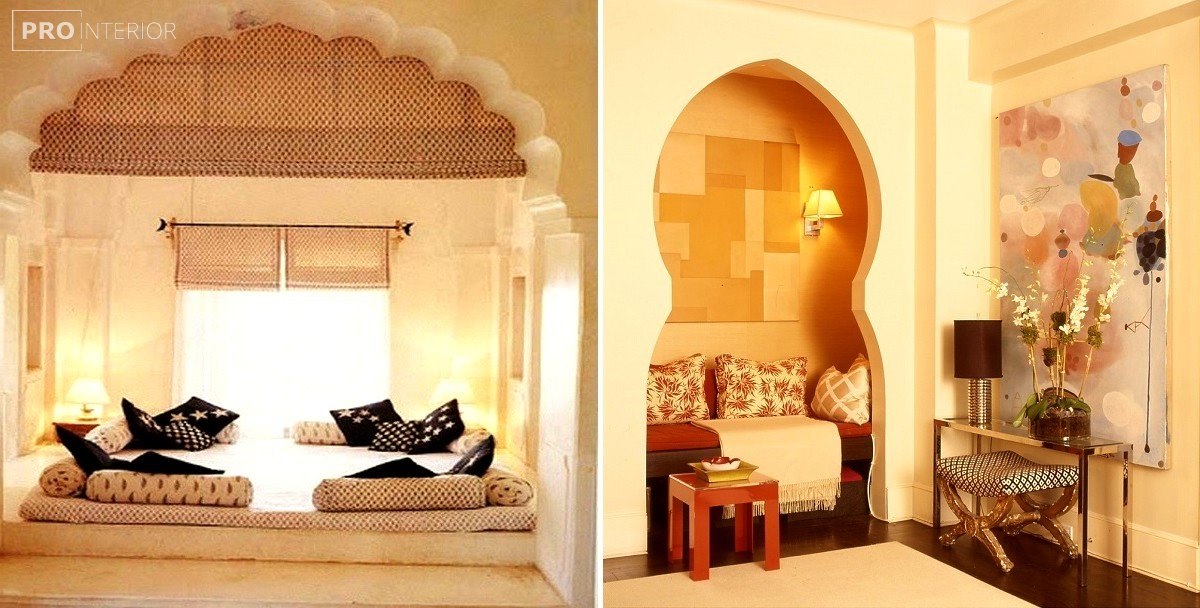 This became most noticeable in the fourth century, when Greek elements mixed with Indian ones, creating a new world of forms and images. However, Indian culture has not lost its identity. Intricate patterns, carvings and ornaments, which are inherent in the Indian style, were found later in the works of European masters. 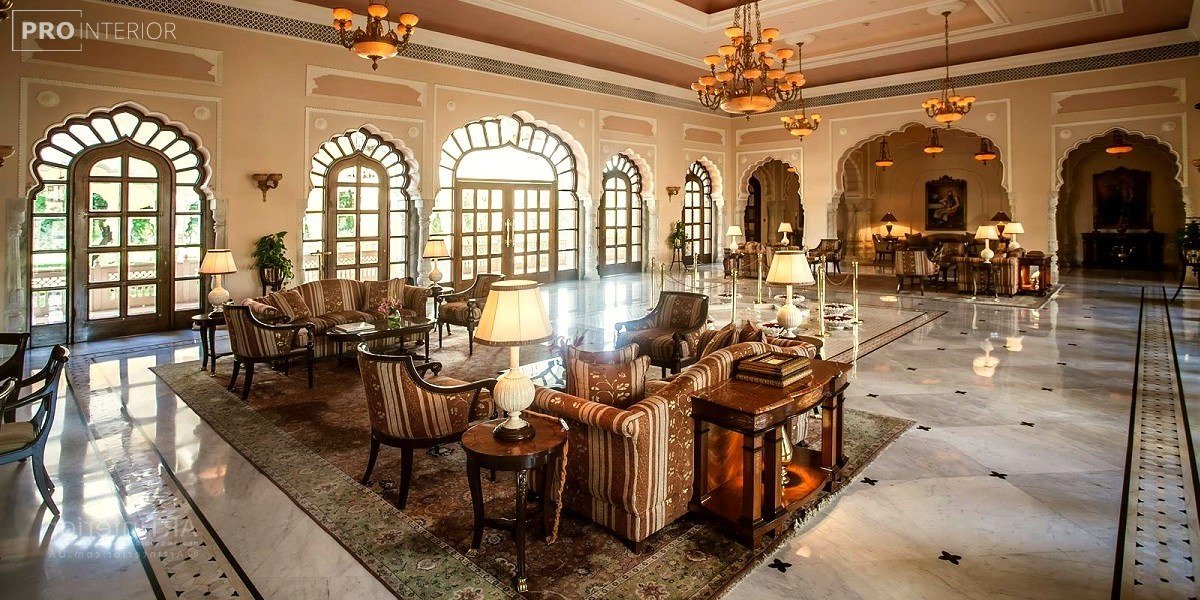 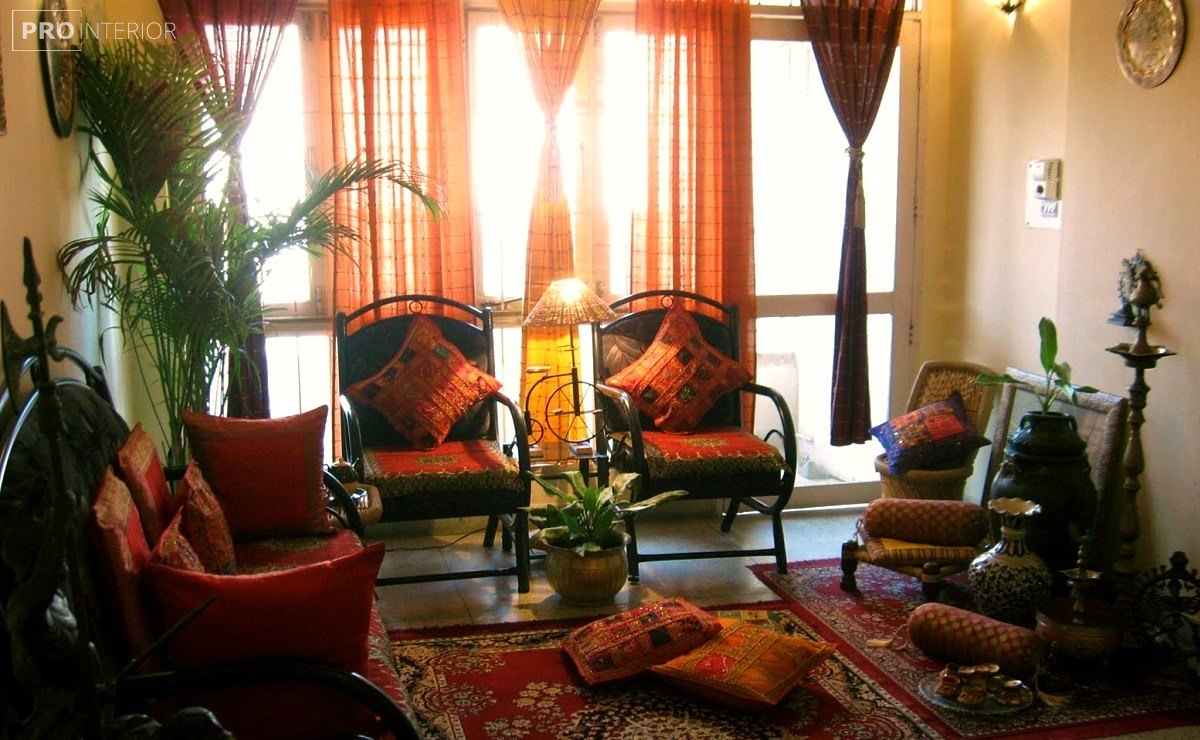 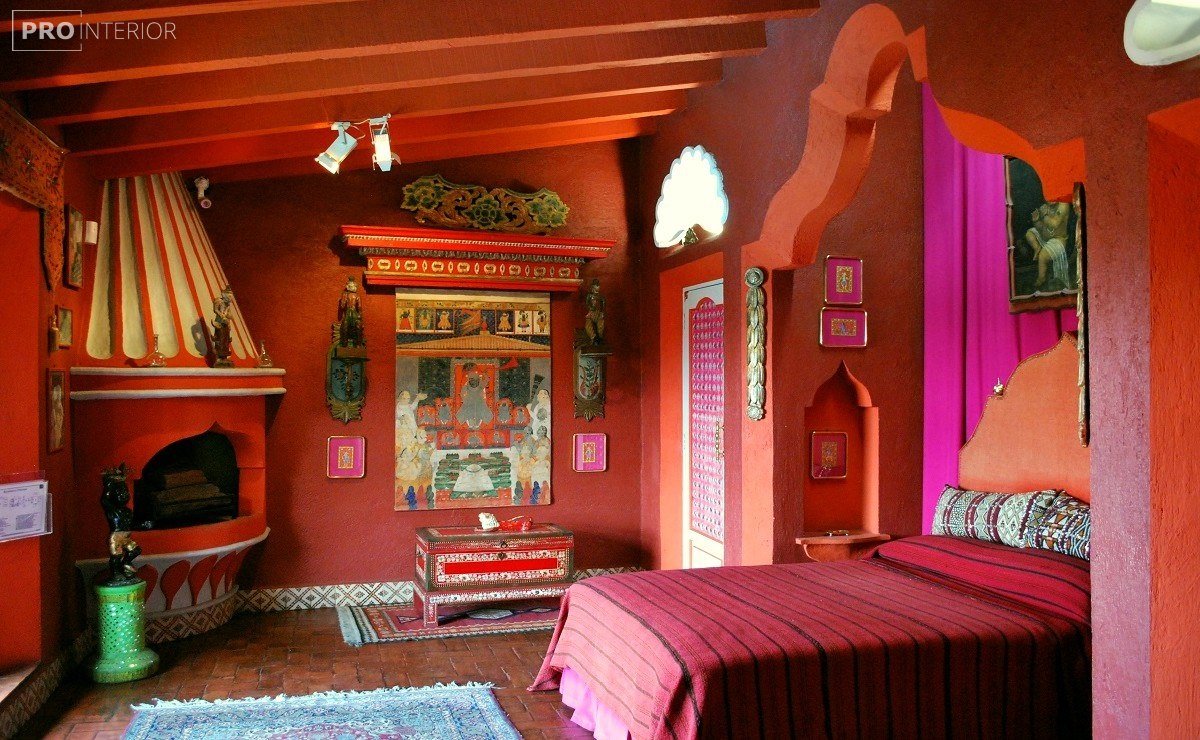 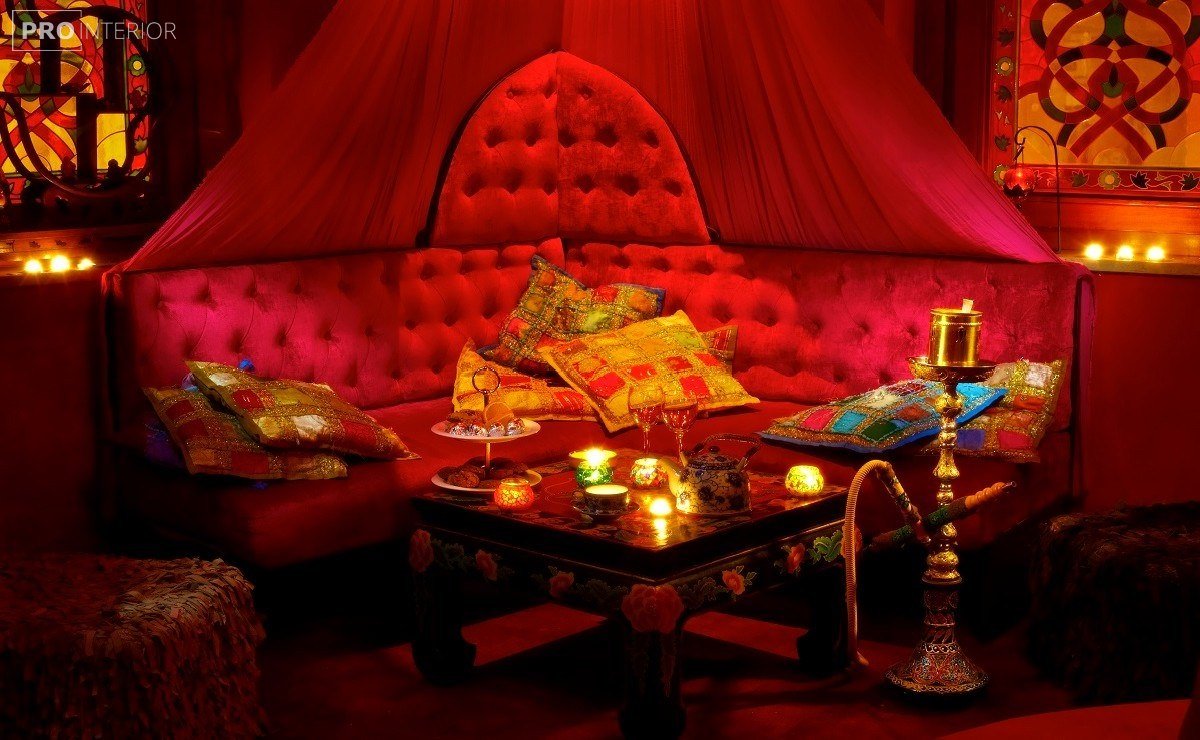 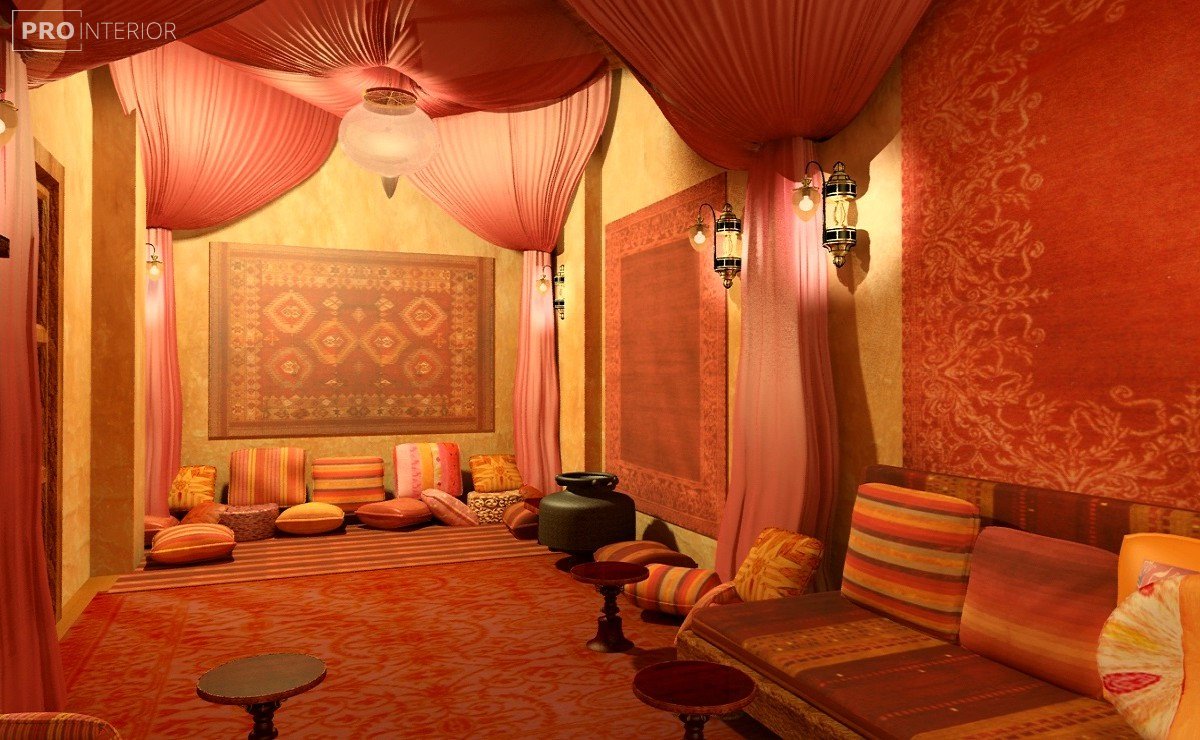 India is associated with the aroma of spices: cinnamon, sandalwood, cardamom, Kari, cloves and the unique superiority of religion in everyday life. All these features are emphasized as much as possible in the Indian interior: in colors, ornaments, Buddha figurines and incense sticks. 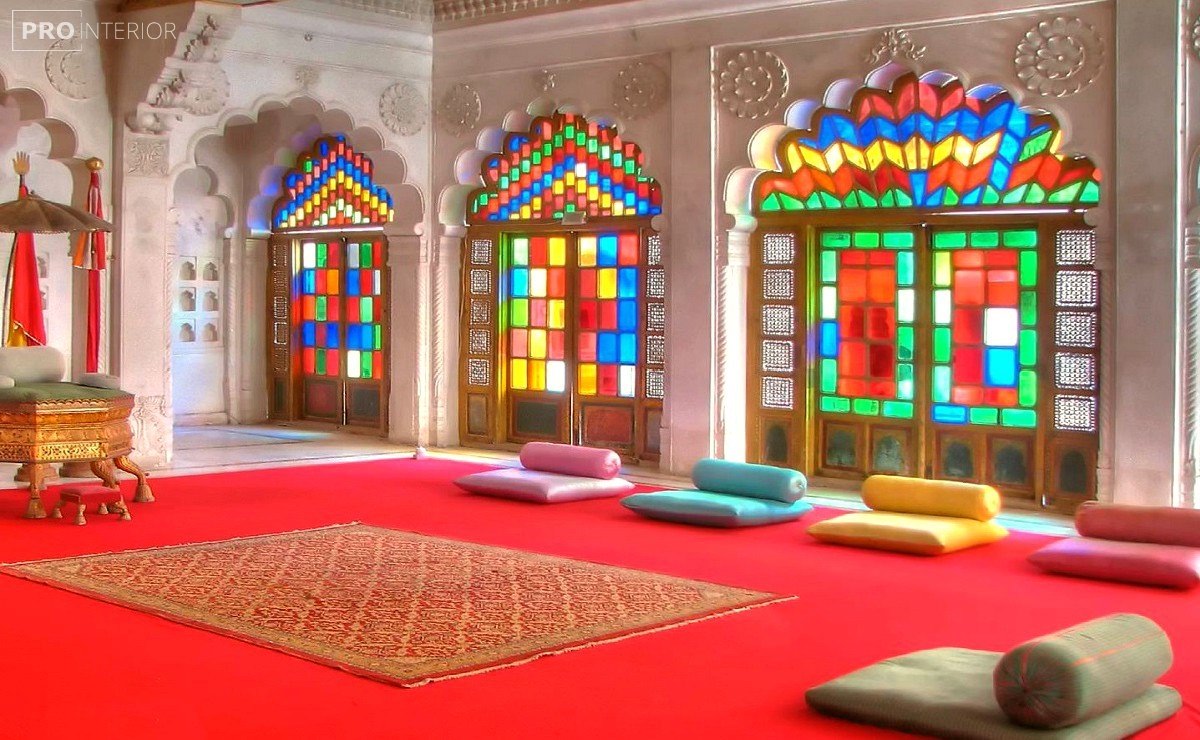 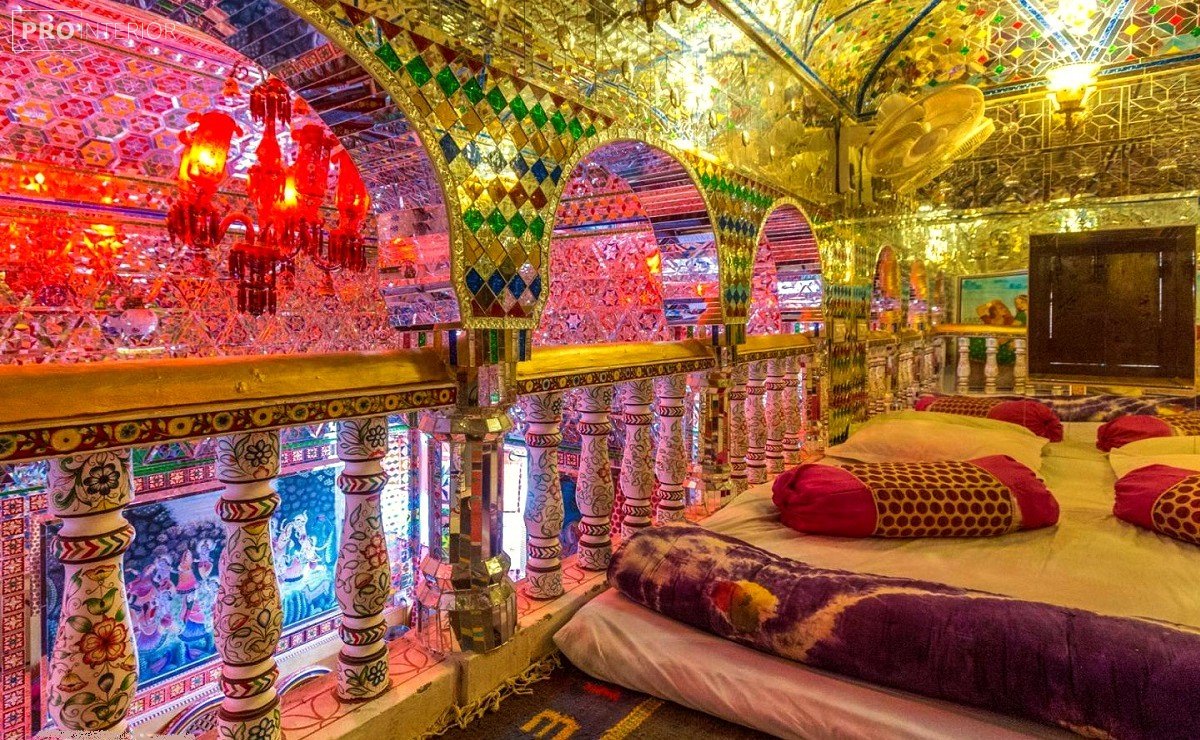 The main material that is an integral part of the Indian interior is silk. At the same time, Indian silk differs from Chinese silk – it is not so smooth and slippery, but has a certain degree of roughness.

Other materials used in the interior are also natural. Mostly wood and stone, however, you can often find elements made of ivory, metal, and even paper. 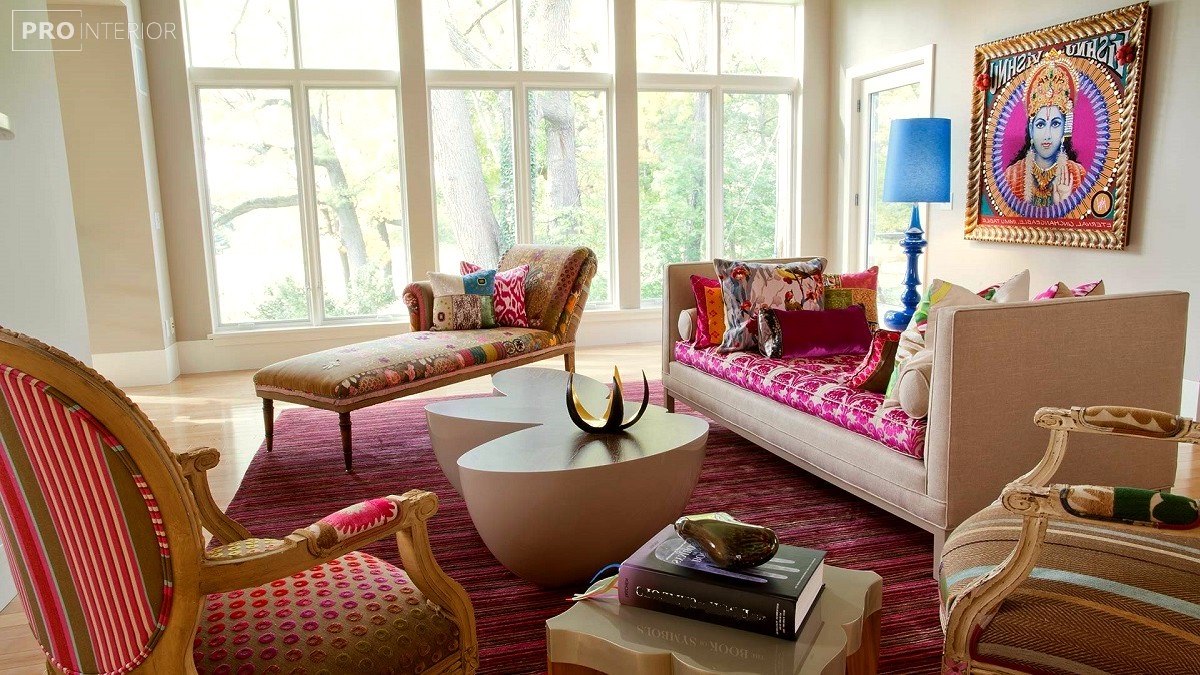 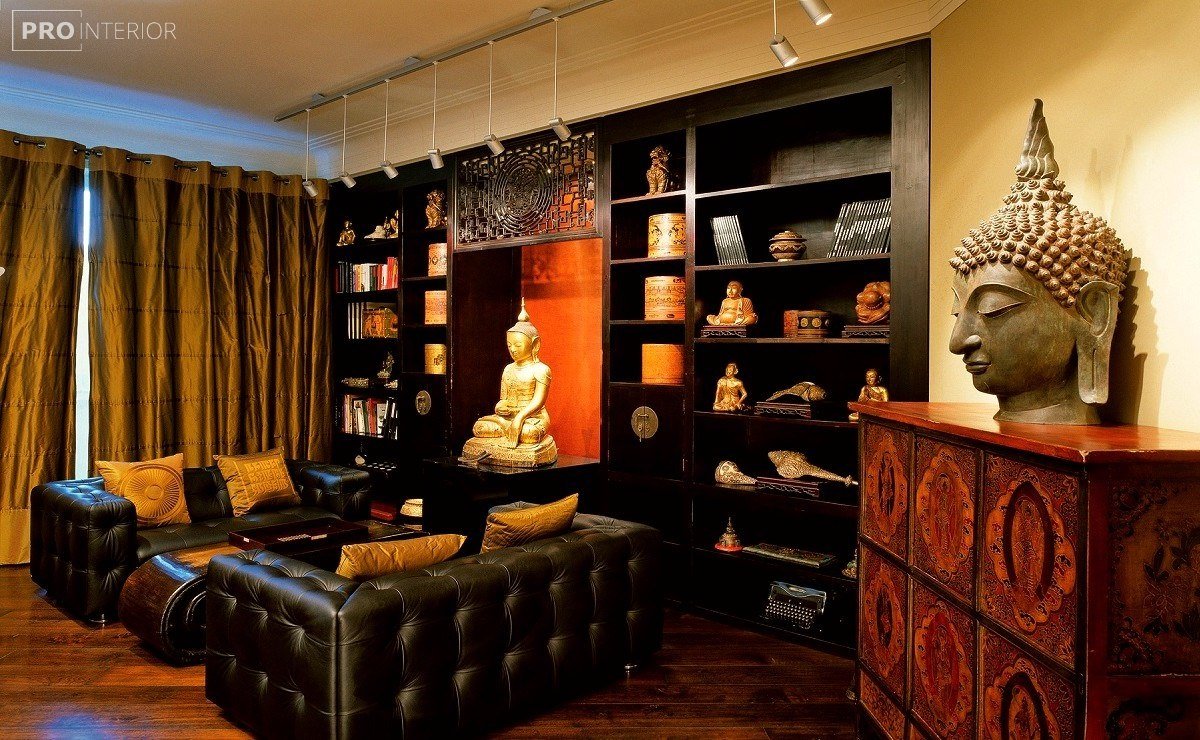 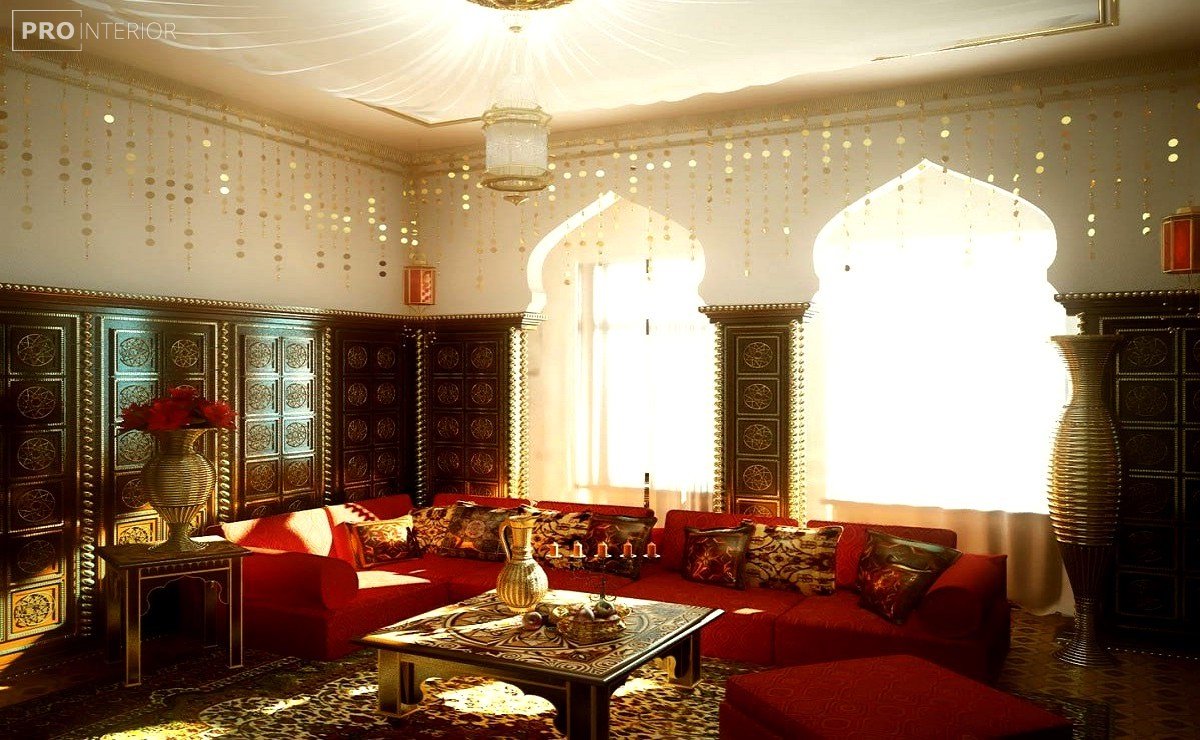 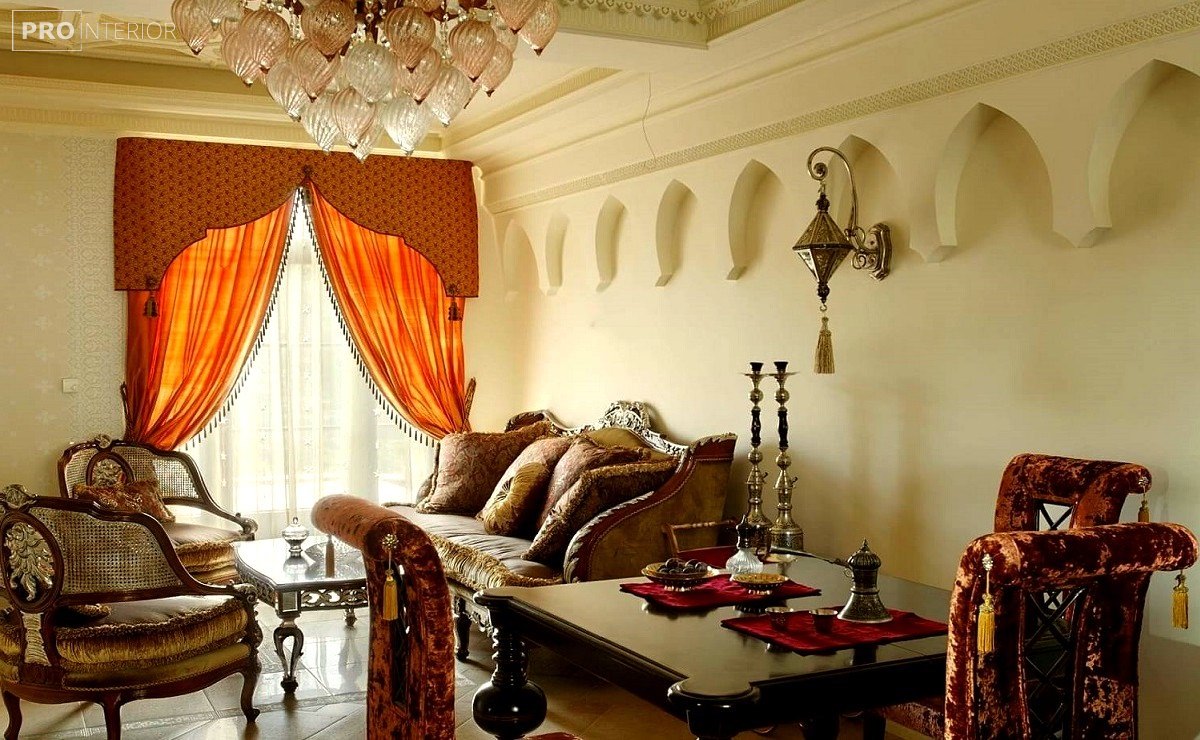 At first glance, the decoration in the Indian interior is not given due attention. However, this is not entirely true. Walls, for example – are a large canvas on which you can create a unique masterpiece that highlights the interior and makes it special. Often they are painted in bright colors, making the interior rich and warm.

At the same time, carpets are often chosen as a floor covering – as a tribute to the Persian culture. 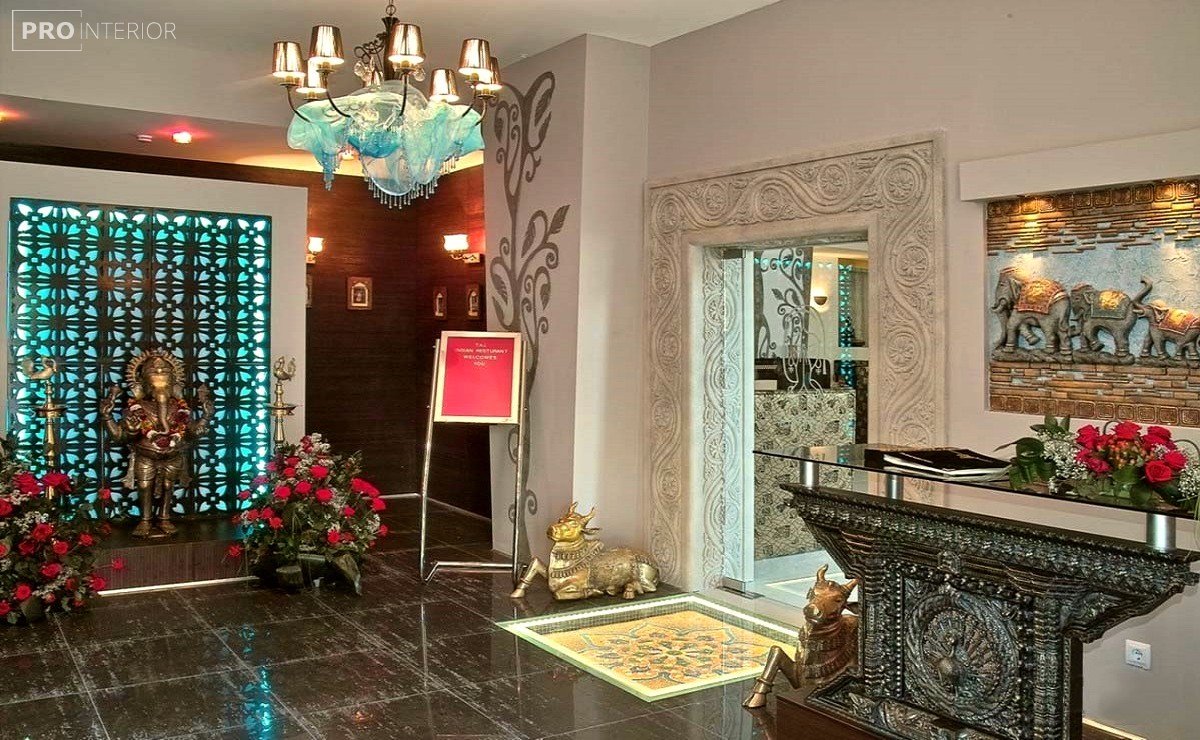 Furniture in the Indian style is low, rich in carved elements, and is made exclusively of natural wood, while decorative elements can be made of metal (often preference is given to silver, copper, brass) or ivory.

The main criterion put forward for Indian-style furniture is its convenience. Chairs, sofas and beds must be soft and comfortable. In this case, the room can be located only three or four pieces of furniture, which will be enough to create a cozy atmosphere. 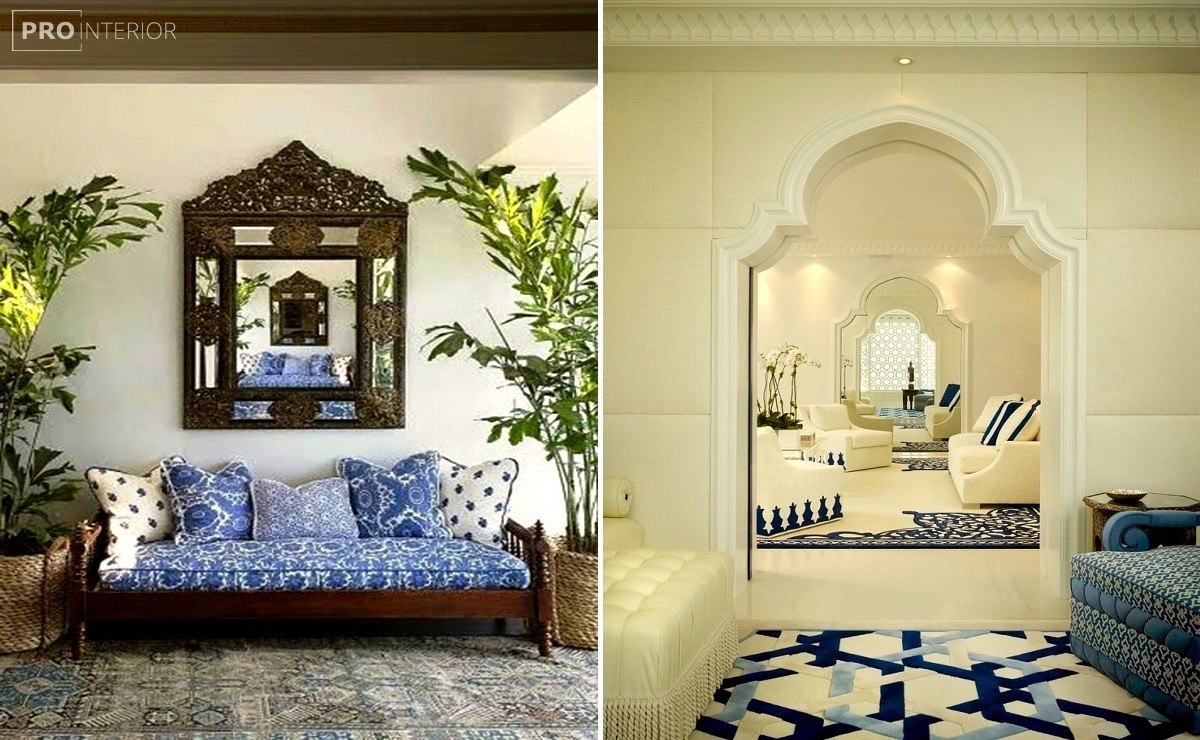 The color scheme in the Indian style is very rich, it is dominated by warm colors. The basis of the interior is often orange, crimson and all shades of red. However, you can often find elements of turquoise, green, blue and other colors. 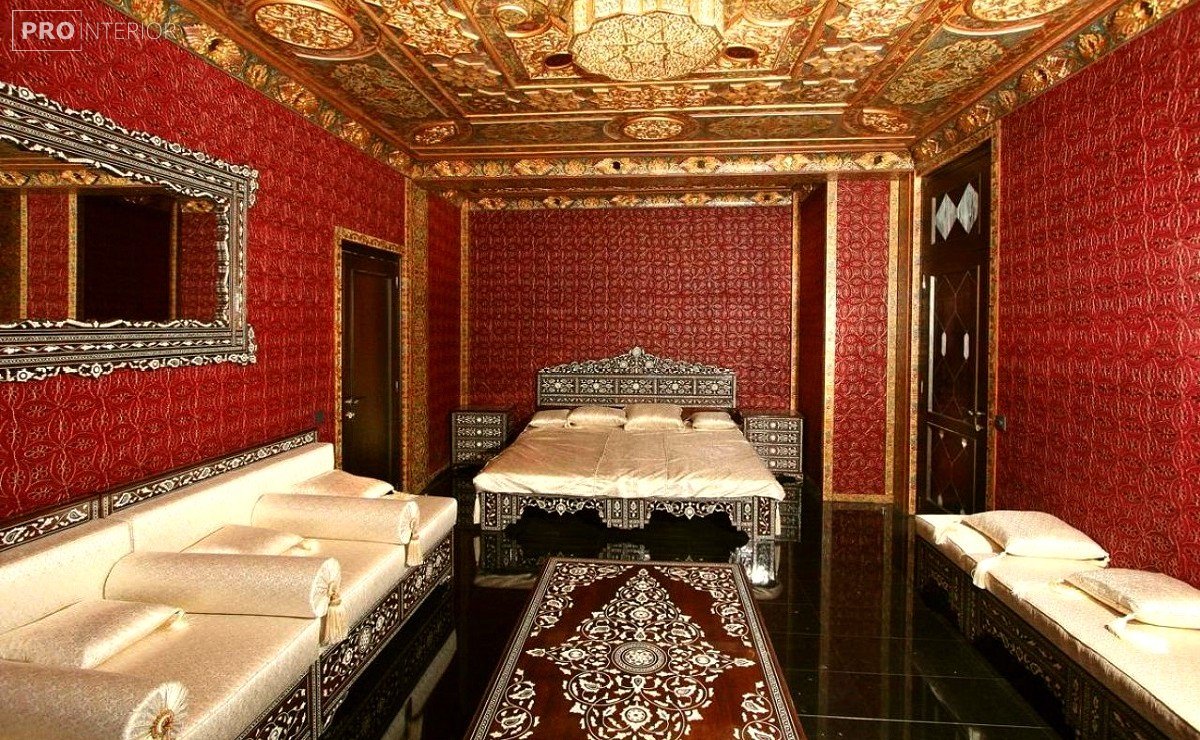 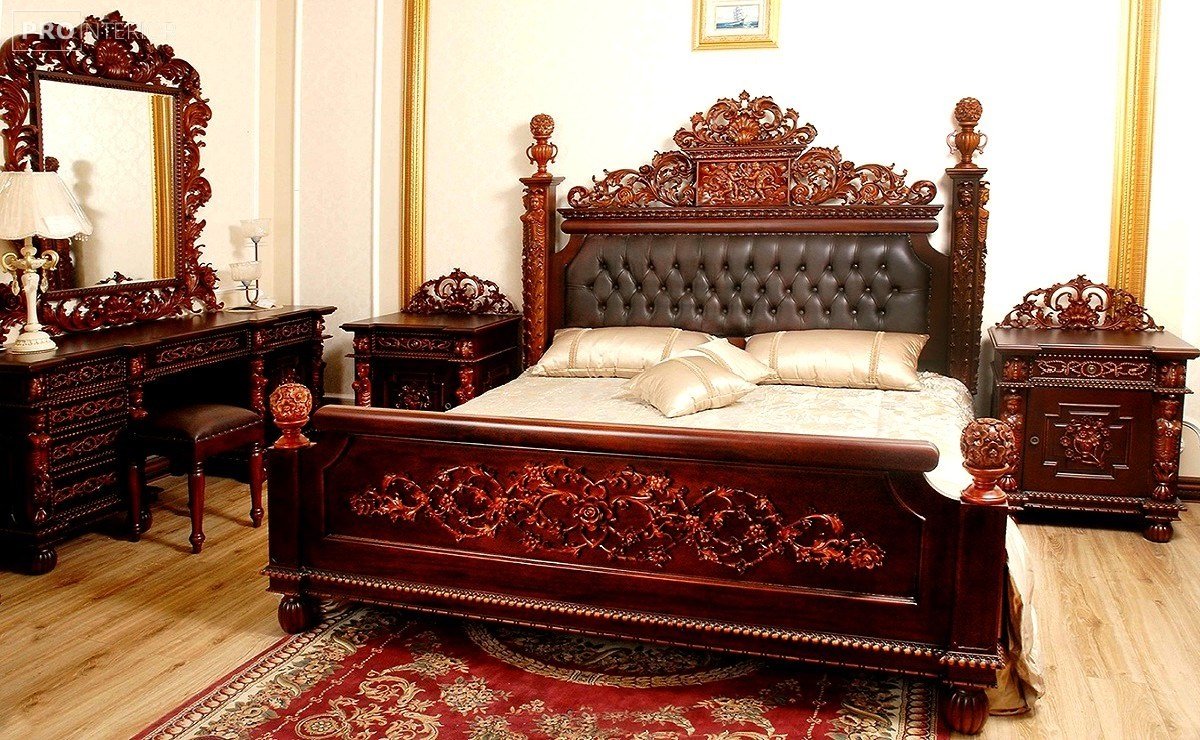 Special attention is paid to Indian-style decor. The interior cannot be considered complete if the following elements are not present:

– Paintings depicting various moments in the life of the Buddha;
– Screens that depict the silhouettes of women;
– Wax candle;
– Figurines of birds and animals ;
– Hookahs;
– Plants (both flowers in vases and artificial plants used in decoration are welcome). 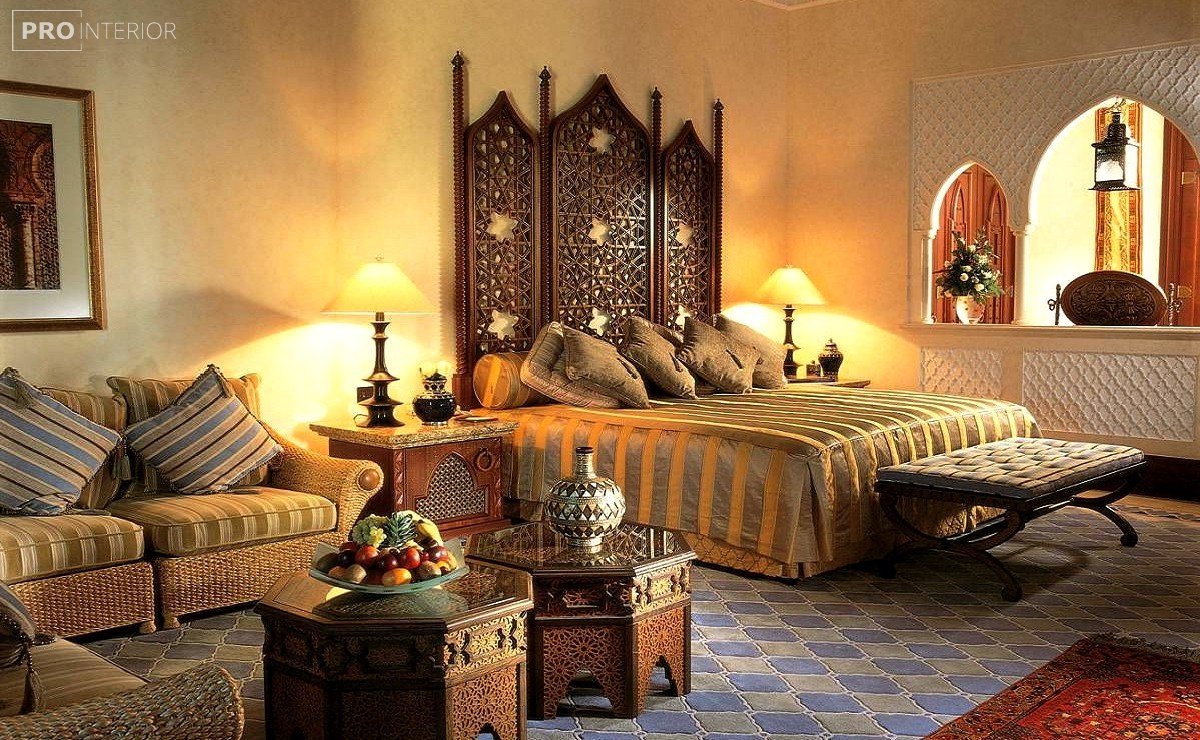 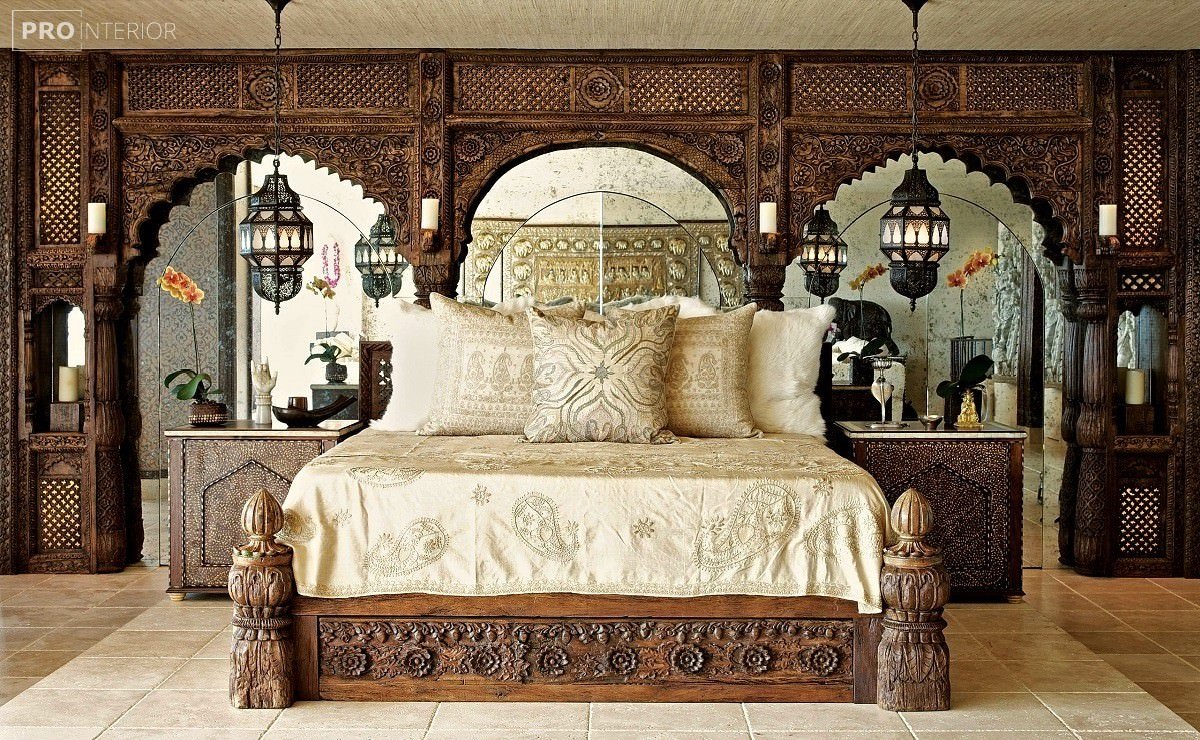