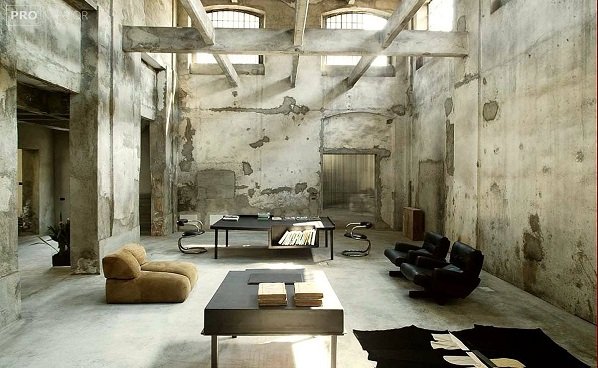 The name brutalism (translated from English – hard) speaks for itself. This is a restrained and concise style with a “male character”. Bare concrete walls, metal handrails, pipes and beams as decoration only emphasize the seriousness and severity of the room in the style of brutalism. 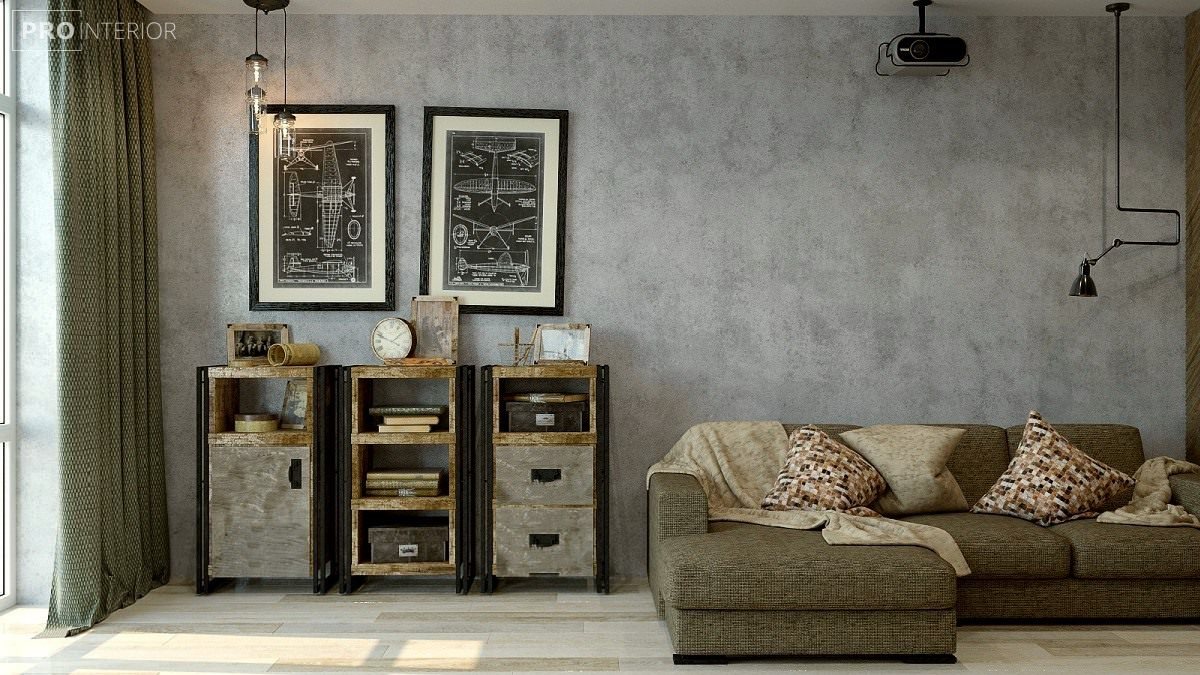 Brutalism style first became known as a trend in architecture in the 50-70s of the twentieth century. Its founders are considered to be English architects Alison and Peter Smithson. Brutalism is first mentioned in their theoretical works on design and architecture. In their articles, which were published in thematic magazines, the brothers talked about their vision of “raw concrete” in the construction of buildings in megacities. 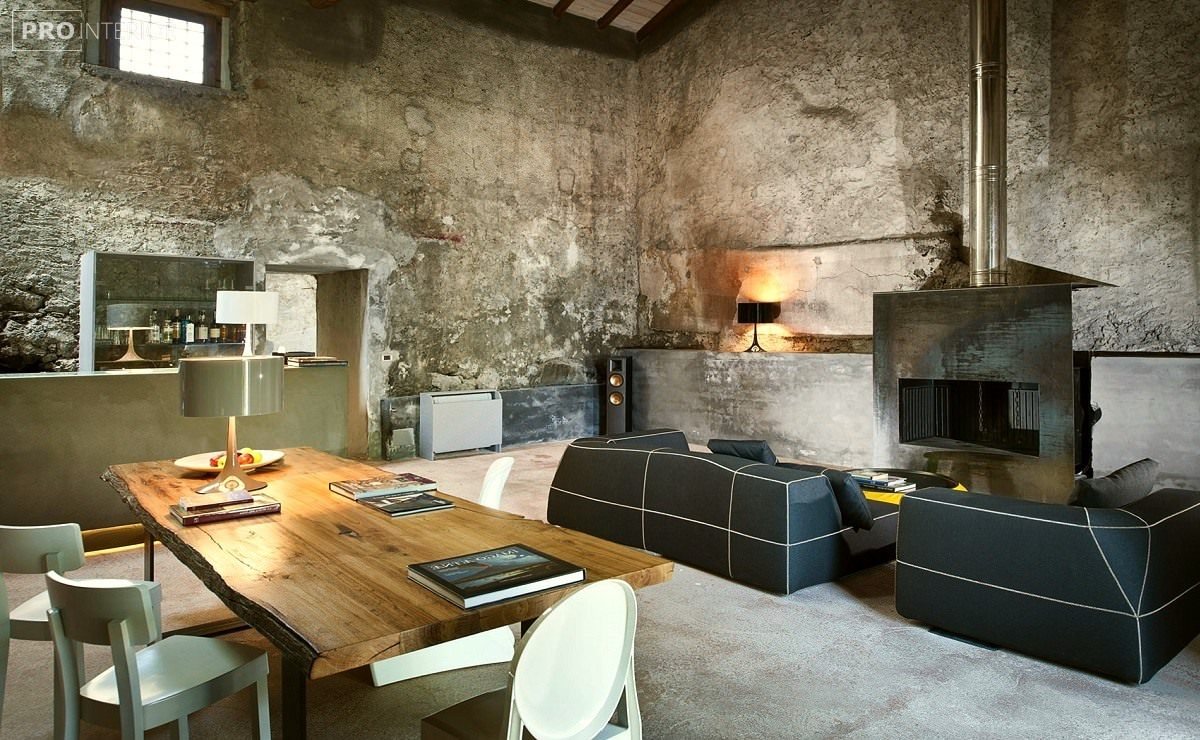 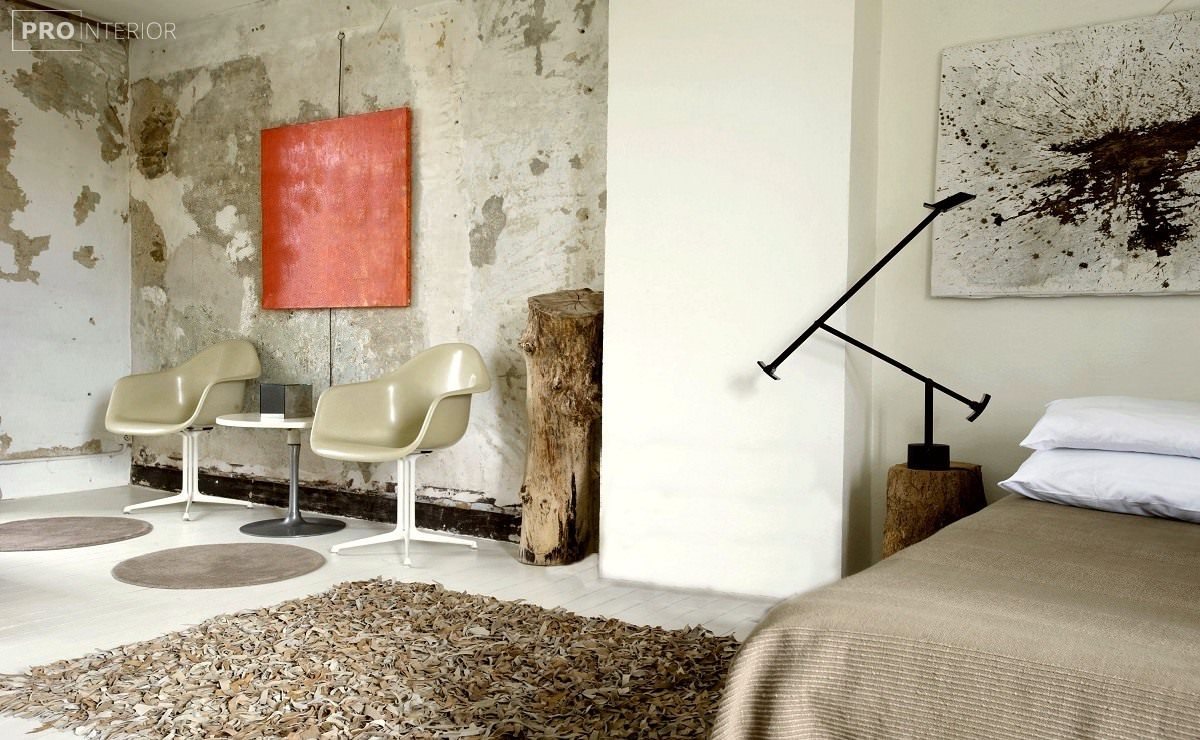 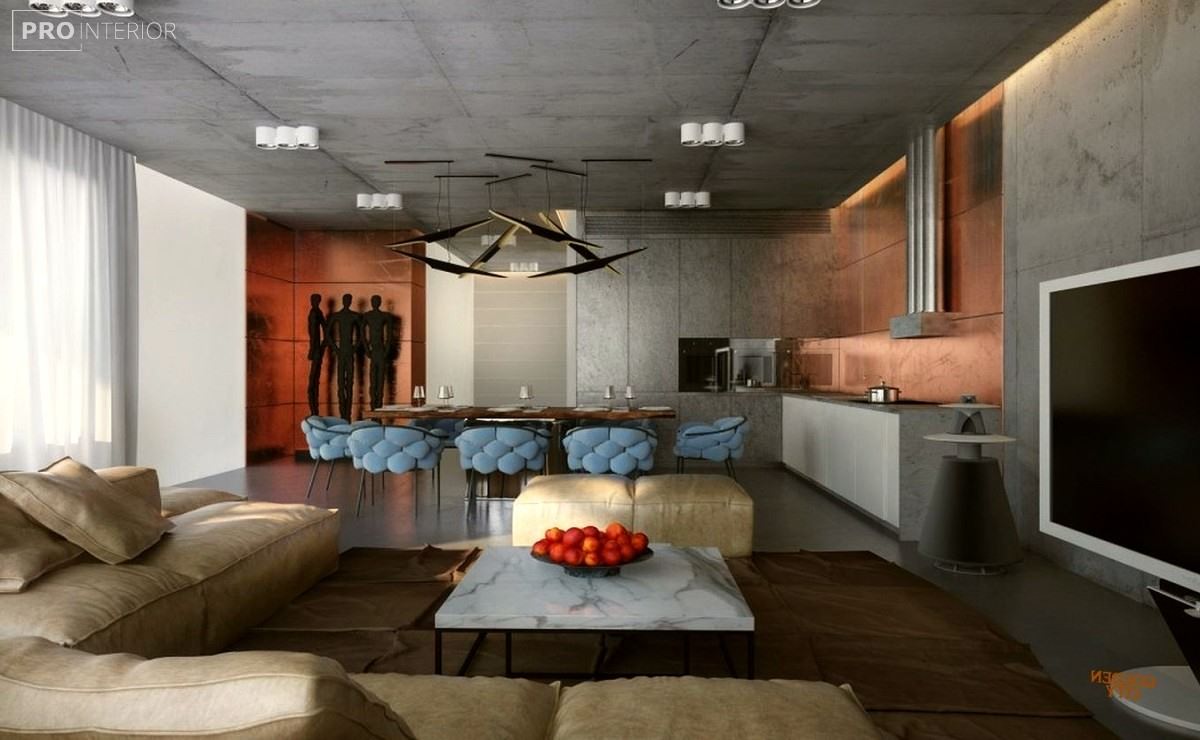 Over time, the idea of the brothers was picked up by American designer Paul Evans. So, already in the mid-60s brutalism moved from architecture to interior design. Evans focused on furniture, making the overly glossy interiors of the time more alive and giving them a masculine character.

Brutalism reached its peak in the 60s and early 70s. This unusual interior style conquered not only the United States and Europe, but also Japan, Brazil, Scandinavia and the USSR. 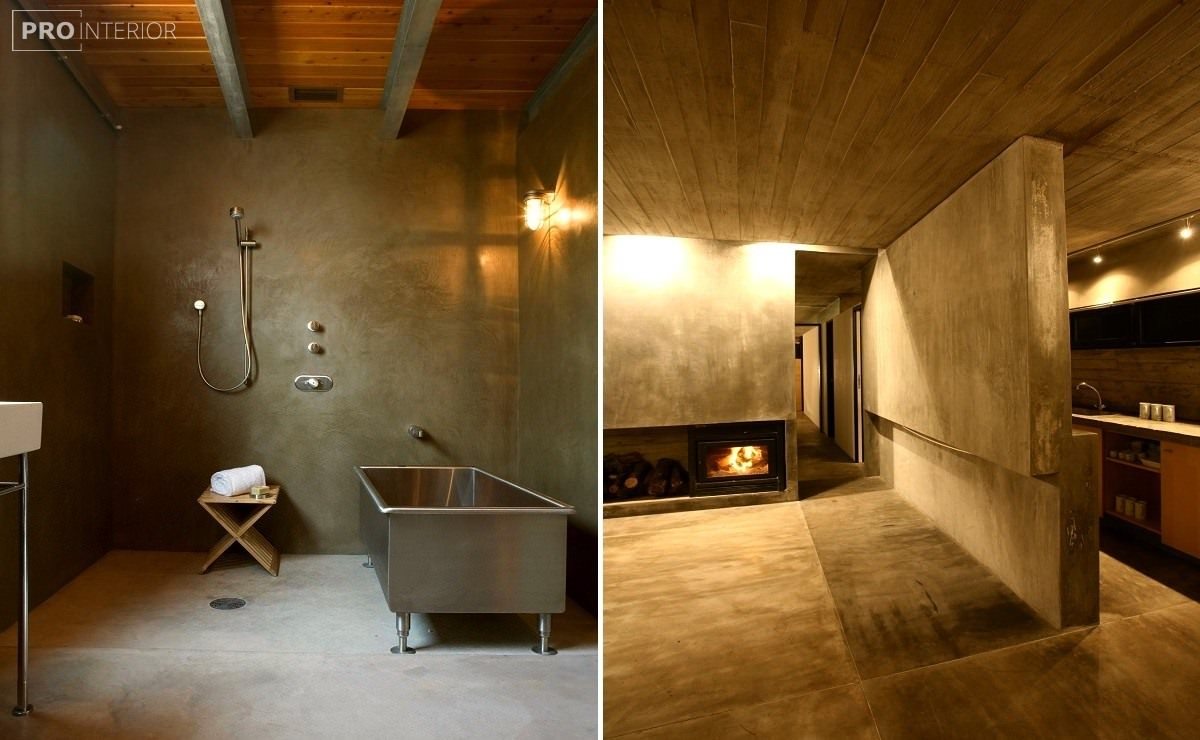 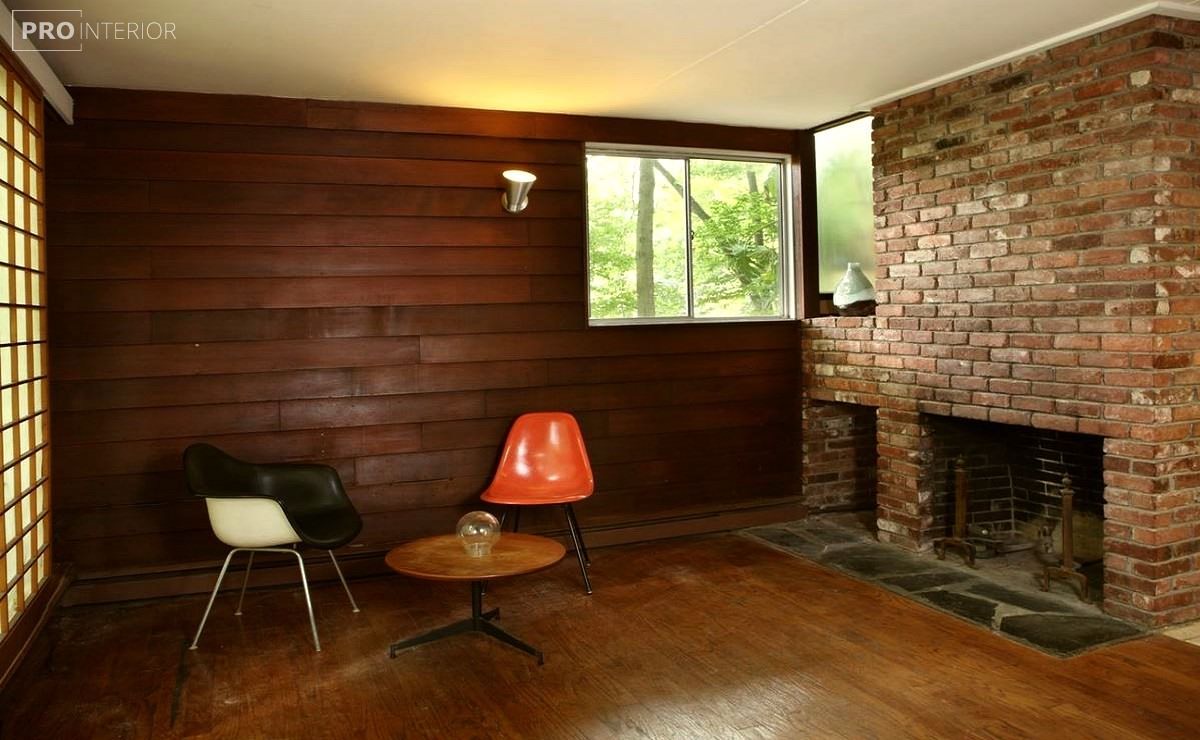 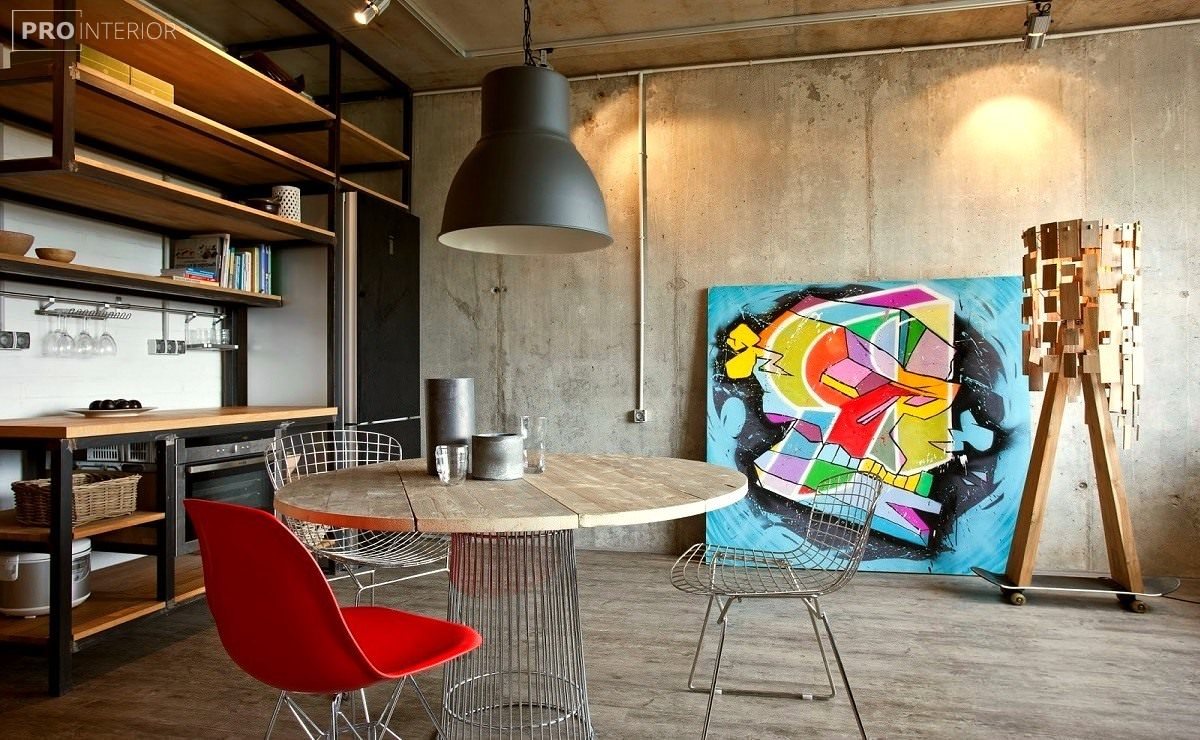 Someone may think that brutalism-a style of attics and basements, where the repair forgot or failed to hide the old communications, and the walls were deemed appropriate and left without finishing at all. However, this view is very wrong. In fact, brutalism is primarily intended to emphasize the firm and possibly aggressive nature of the owner of the premises. At the same time, it is alien to monotony and sterility, so untreated concrete surfaces can often border on wood, opened varnish.

Brutalism style preaches the so-called principle of “honesty of materials”. So, the walls are often left in their original form-concrete, brick or not hiding them at the same time either behind plaster panels or under a layer of Wallpaper or paint. However, for practical reasons, the floor can be covered with a colorless varnish. 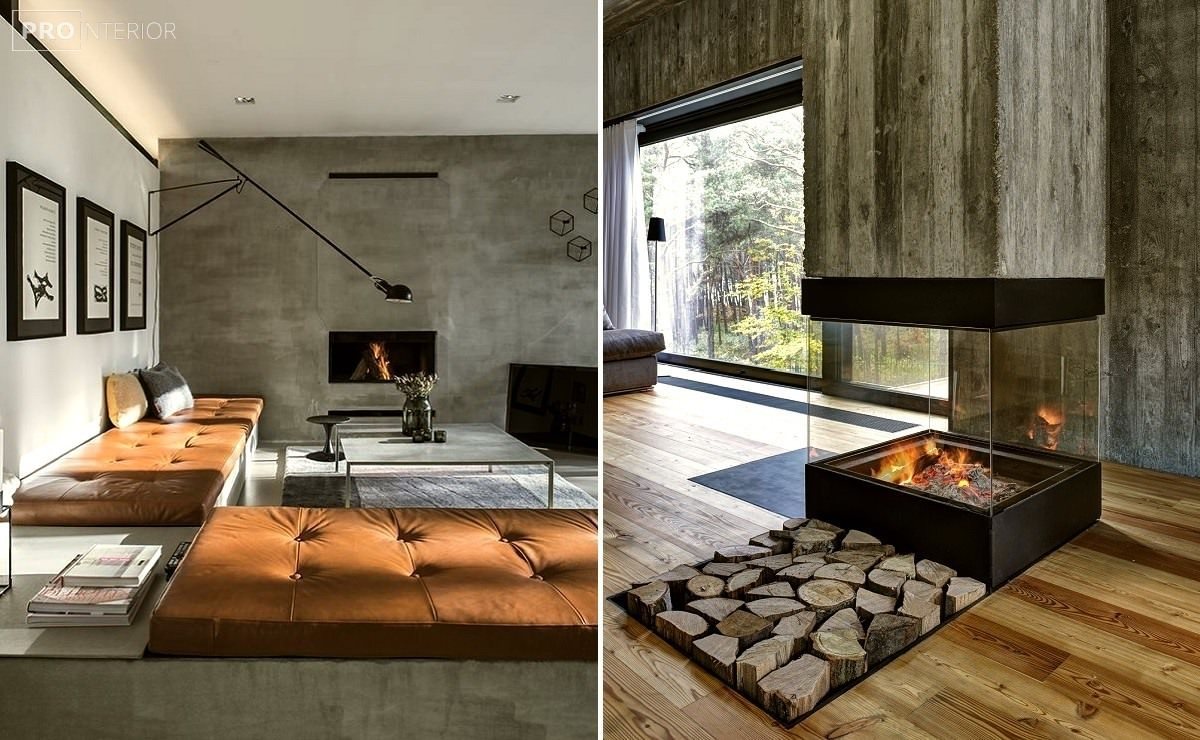 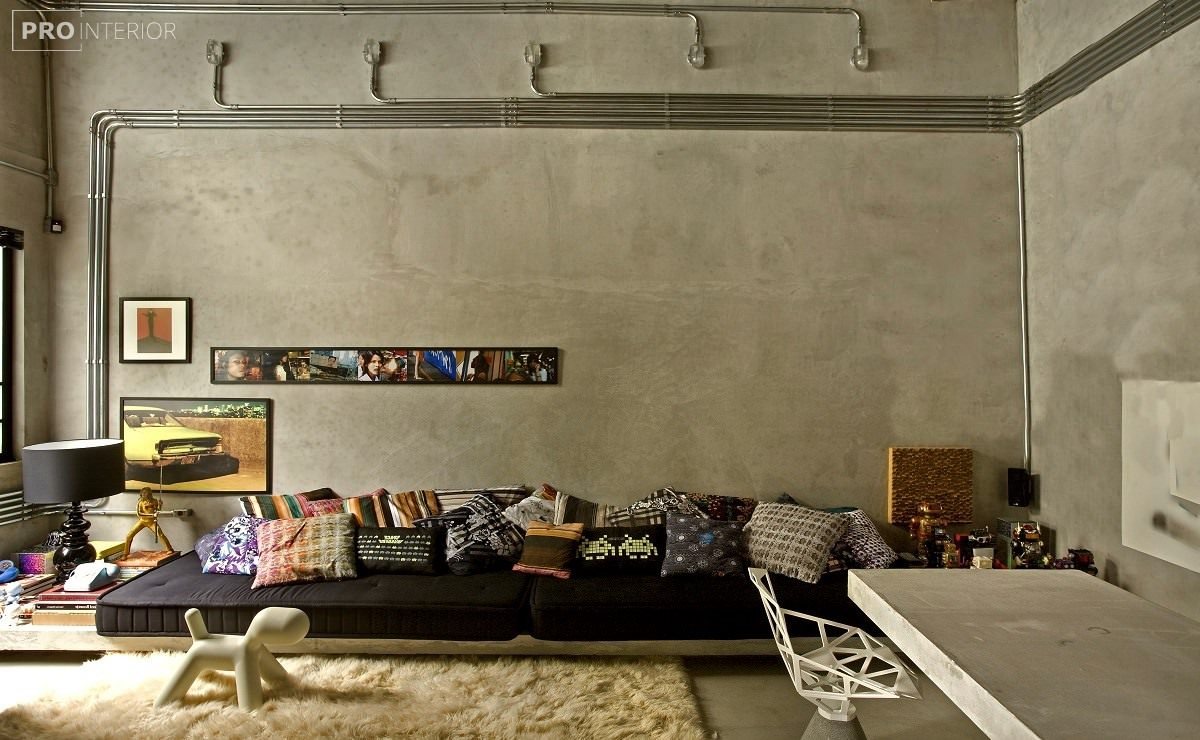 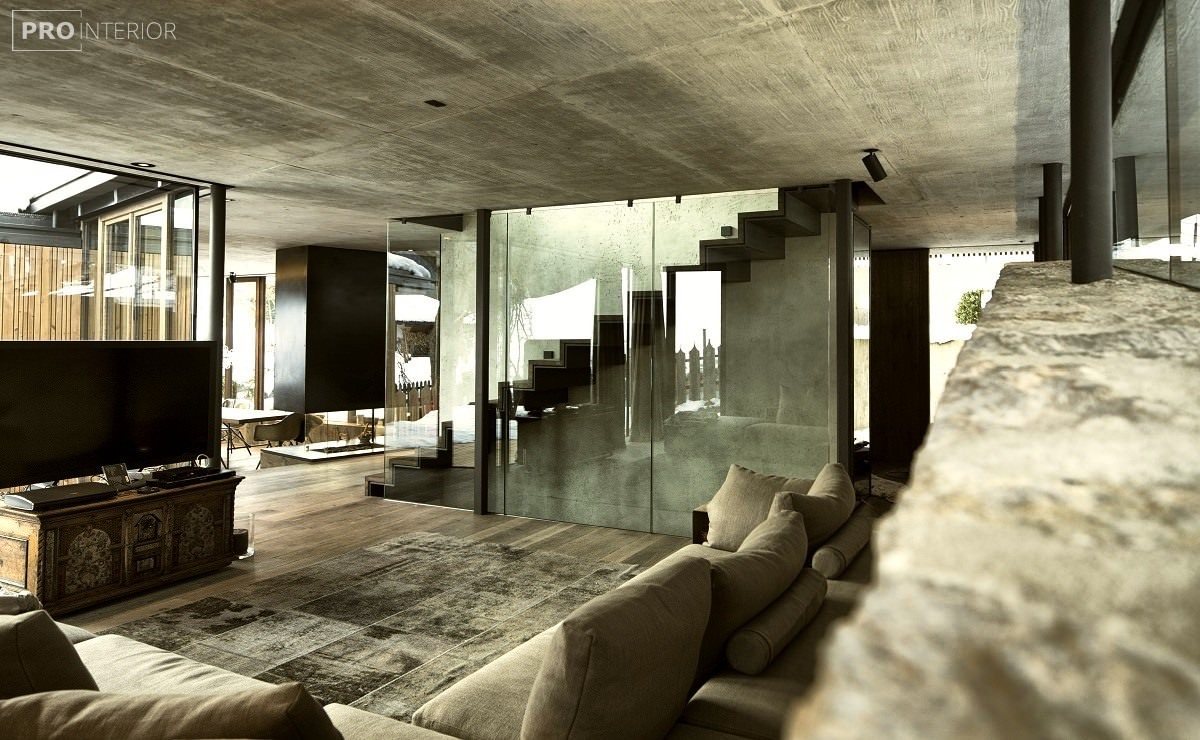 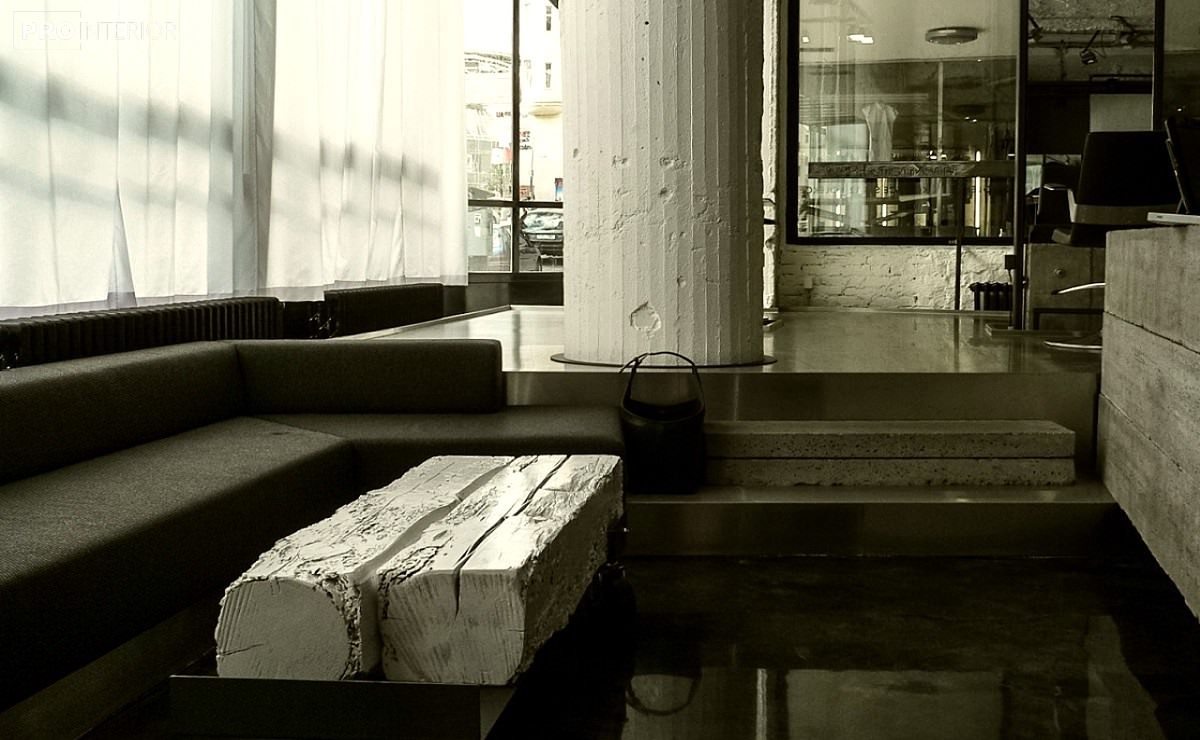 Also, special attention in the interior is paid to wood, metal and glass. And if the first is often used as a floor covering, the metal is used more widely. Sheet metal is also used for finishing walls and ceilings. As for glass, it is often used for decoration of various partitions and fences.

Despite the apparent grayness of the interior, it is characterized by brighter colors. So, accents in the design can be made on elements of red, blue, yellow and other bright colors. However, the dominant colors are still terracotta, gray and cream.

The main criterion for choosing furniture for the brutalism style is simplicity and functionality. Pretentious details, multi-color patterns and excessive lightness of forms are out of place in a strict brutal interior. Most of the furniture is hidden in wall niches, and those that are visible are deliberately rough shapes. 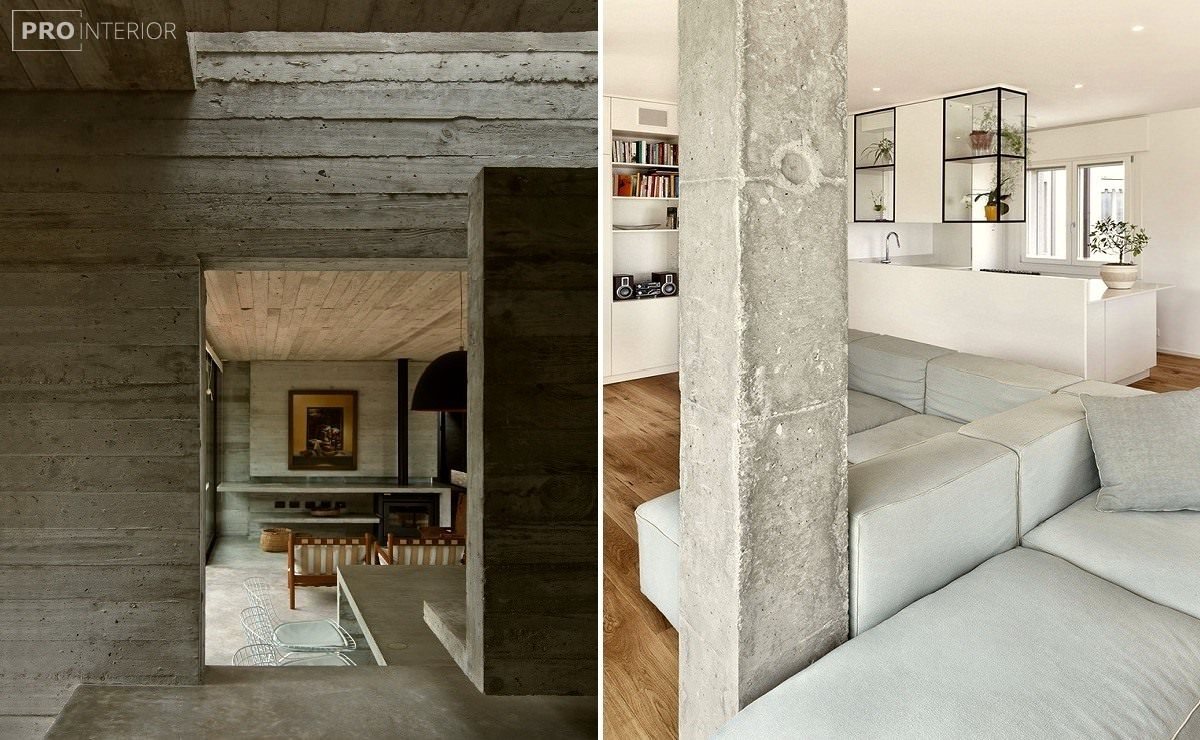 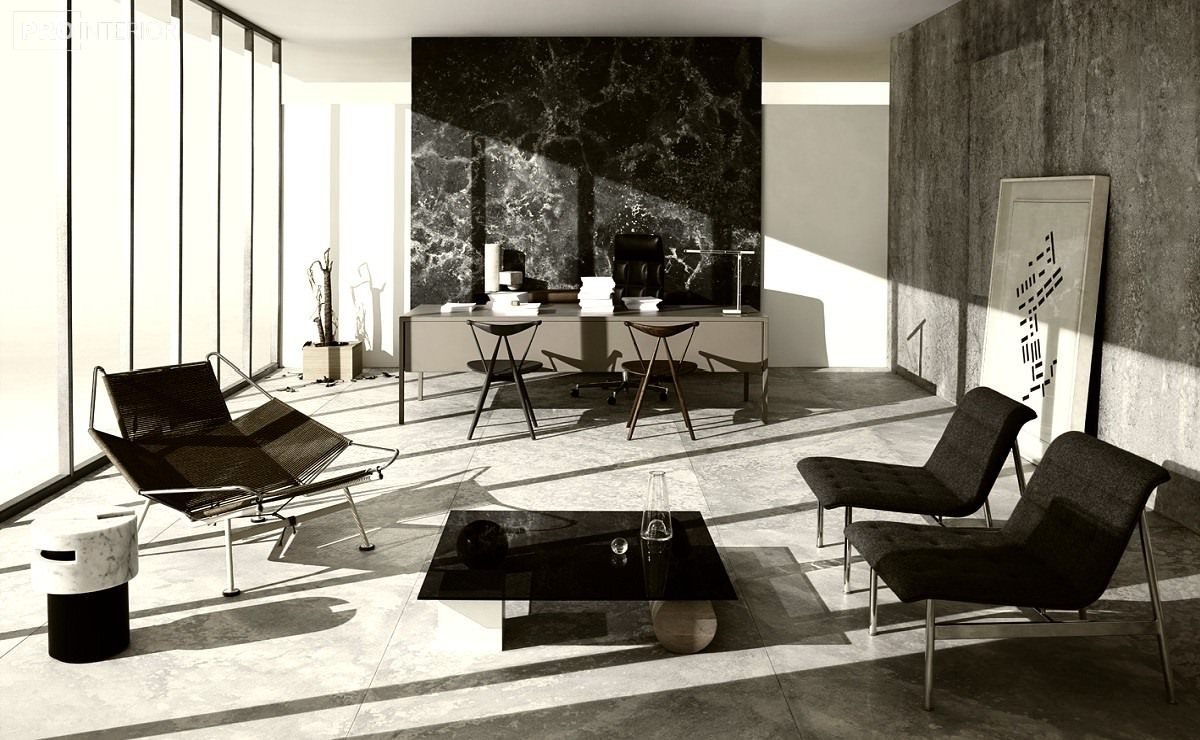 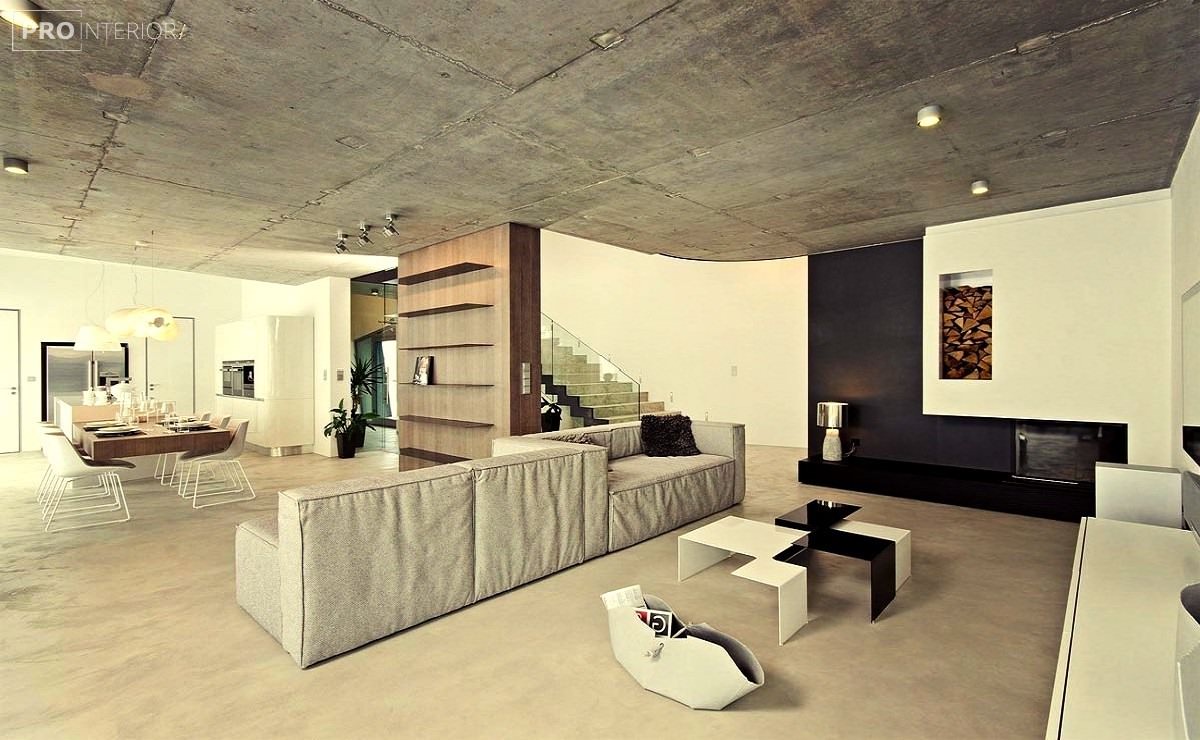 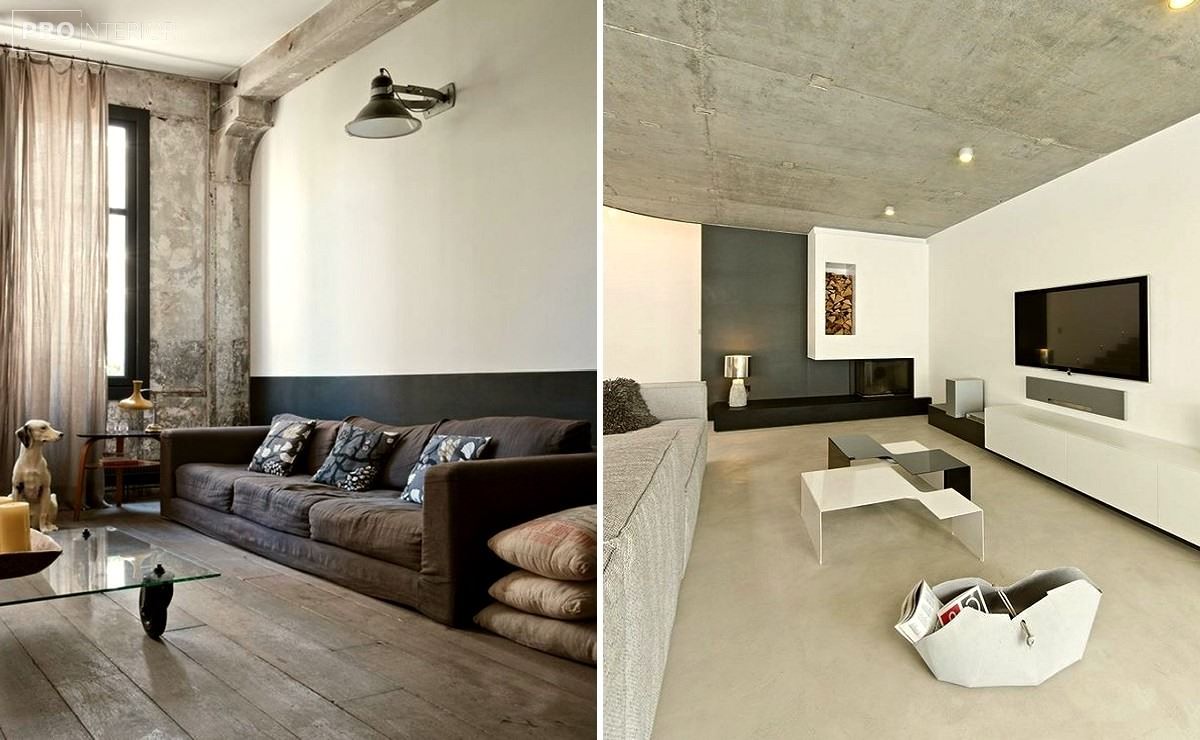 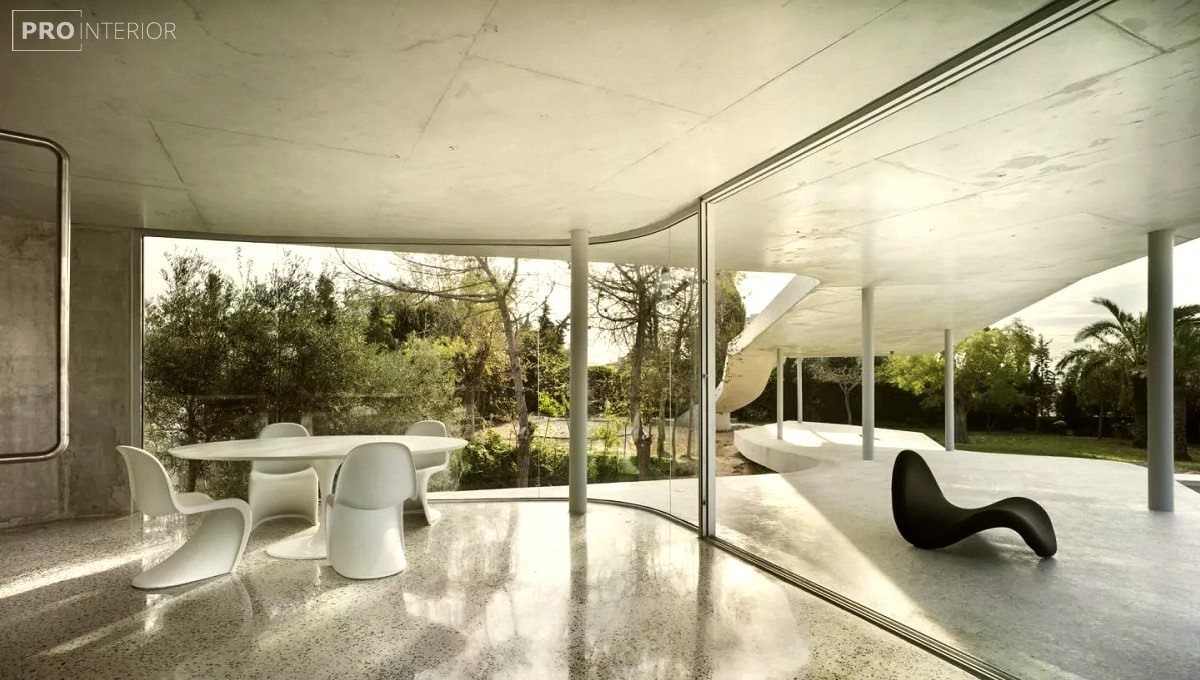 Technical elements are often used as decoration: pipes, radiator batteries, open beams. The interior is designed in the style of brutalism, which they compensate for the lack of sticks with family photos and flowers in vases. The comfort of the room is often given by books placed on the shelves, and modern gadgets, indicating that the owner of this house is keeping up with the times. 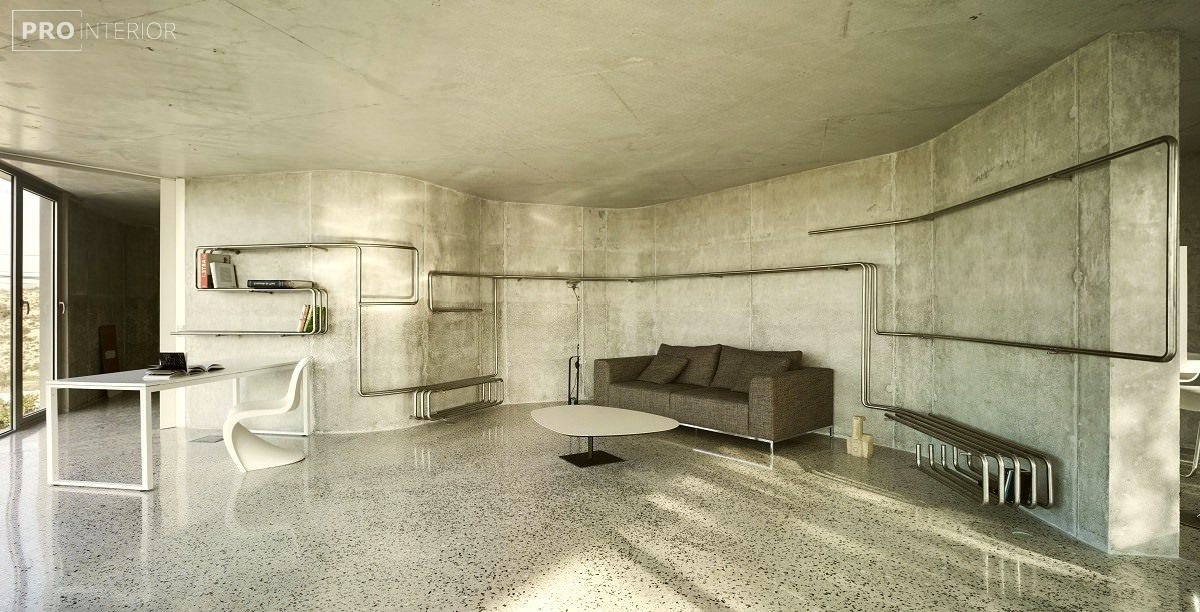